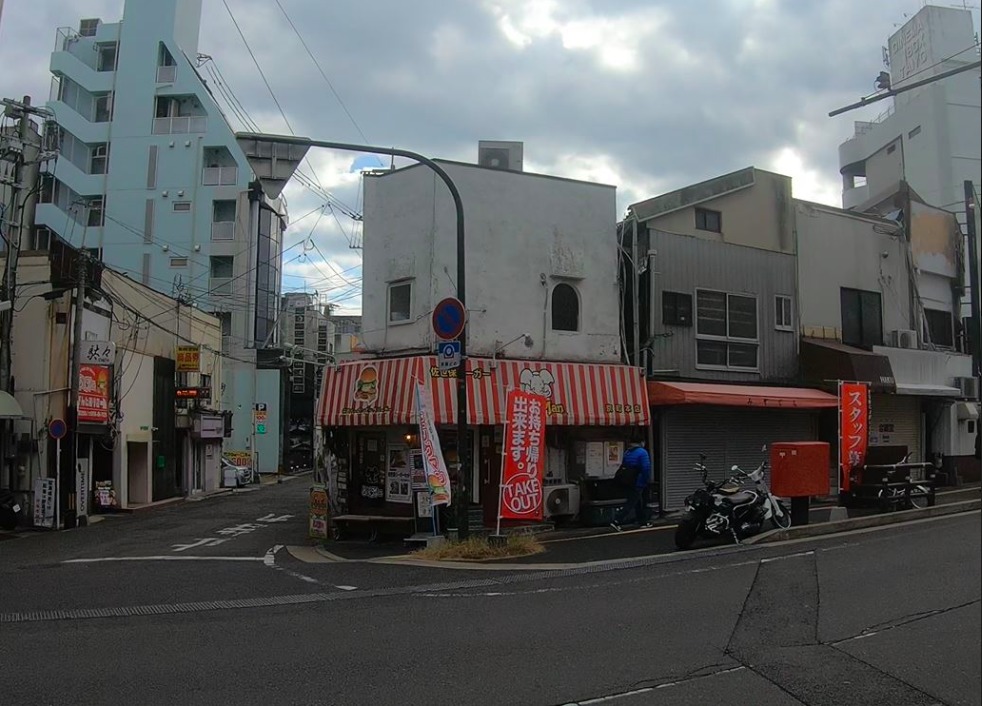 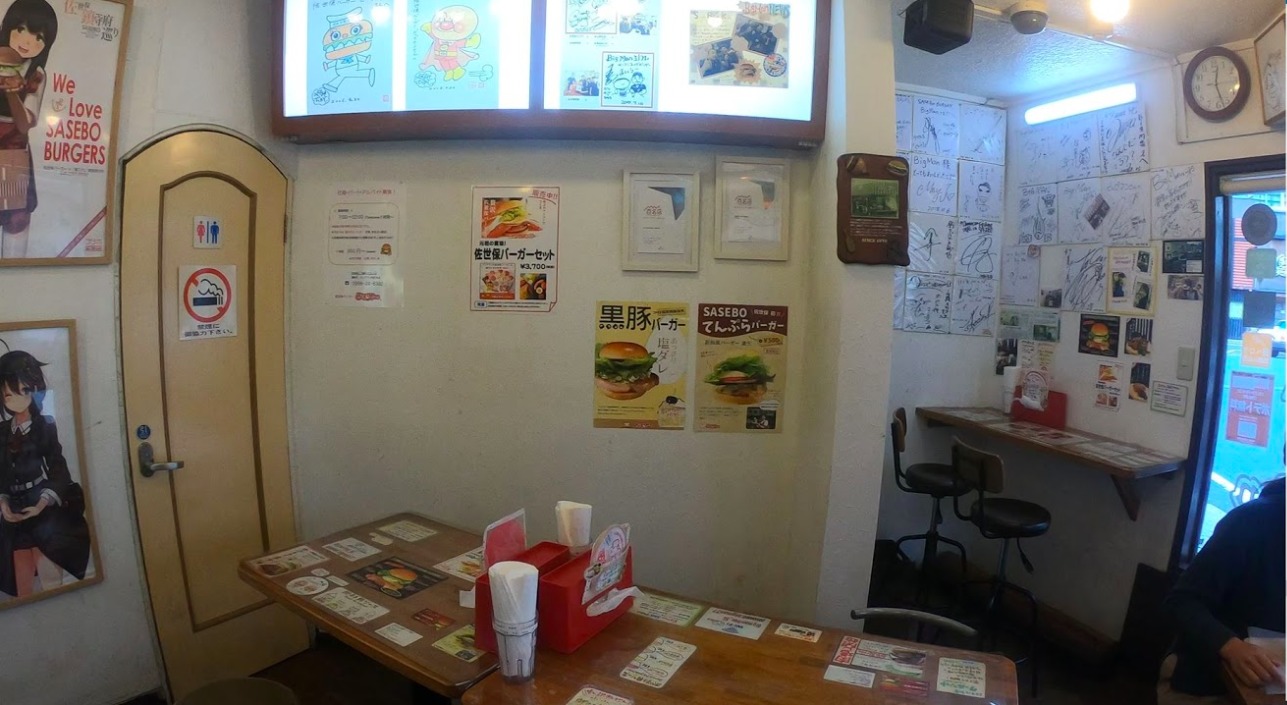 Food and beverage are an important part of culture when visiting a new country, and as we all know it, Japan has very traditional dishes. However, when spending various days in the same country it can be pleasant to find a restaurant offering food we are accustomed to. It enables customers to take a break but also to get an insight about how the food we are accustomed to is perceived and cooked abroad. Even if hamburgers are assimilated with the US, a new style was born in the city of Sasebo in 1950, 20 years before American fast foods started to conquer Japan, naming the hamburger after its name. It became famous across Japan and it proposes many variants. Even if there are no rules to create this burger, the real ones are made only with ingredients from Sasebo city. You can even see the hamburger emblem in various places in the city. Based on this, SaseboBurger Big Man is located in Nagasaki, close to the Sasebo Chuo Station, and is recognized for their traditional burgers and bread sandwiches known to be one the best in this area among 20 other restaurants. The first burger created was called Fukkoku Burger and is still served nowadays, the main ingredient being boned ribbed instead of beef patty.

Advice:
-There is no official parking and please park at public parking.
-English menu and children menu are available.
-Credit card isn’t accepted.
-The restaurant inside is rather small so we would advise to take away.
-If you chose a take-away, be aware that they do not own a parking. It is better if someone goes to order while someone else waits in the car.