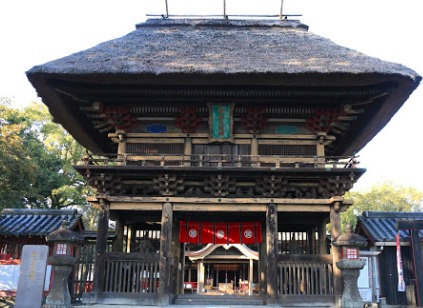 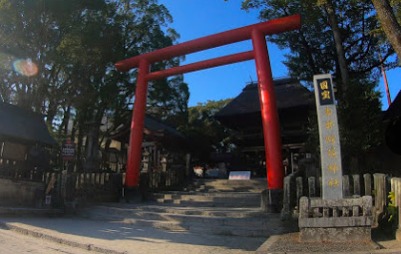 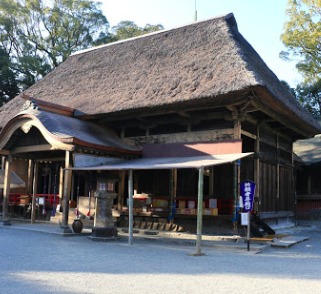 "Aoi Aso shrine was founded is 806 AD and has been regarded as the protector of the land by the people of Kuma district. It is regarded as the first Important Cultural Property in Kumamoto Prefecture to receive a National Treasure designation. During Medieval times, the shrine became the guardian of the God of the Sagara Clan, who constructed shrine pavilions in the early Edo period. The architecture is in the Momoyama style; coated in black, with a steep thatched roof, richly colored and decorated with detailed engravings and intricate patterns. The main shrine, votive offering hall, and the front shrine are all must see places as well.

Advice: One of the highlights here is purchasing a sacred sake set of Kuma Sochu and Umeshu for around 1000 yen.
"