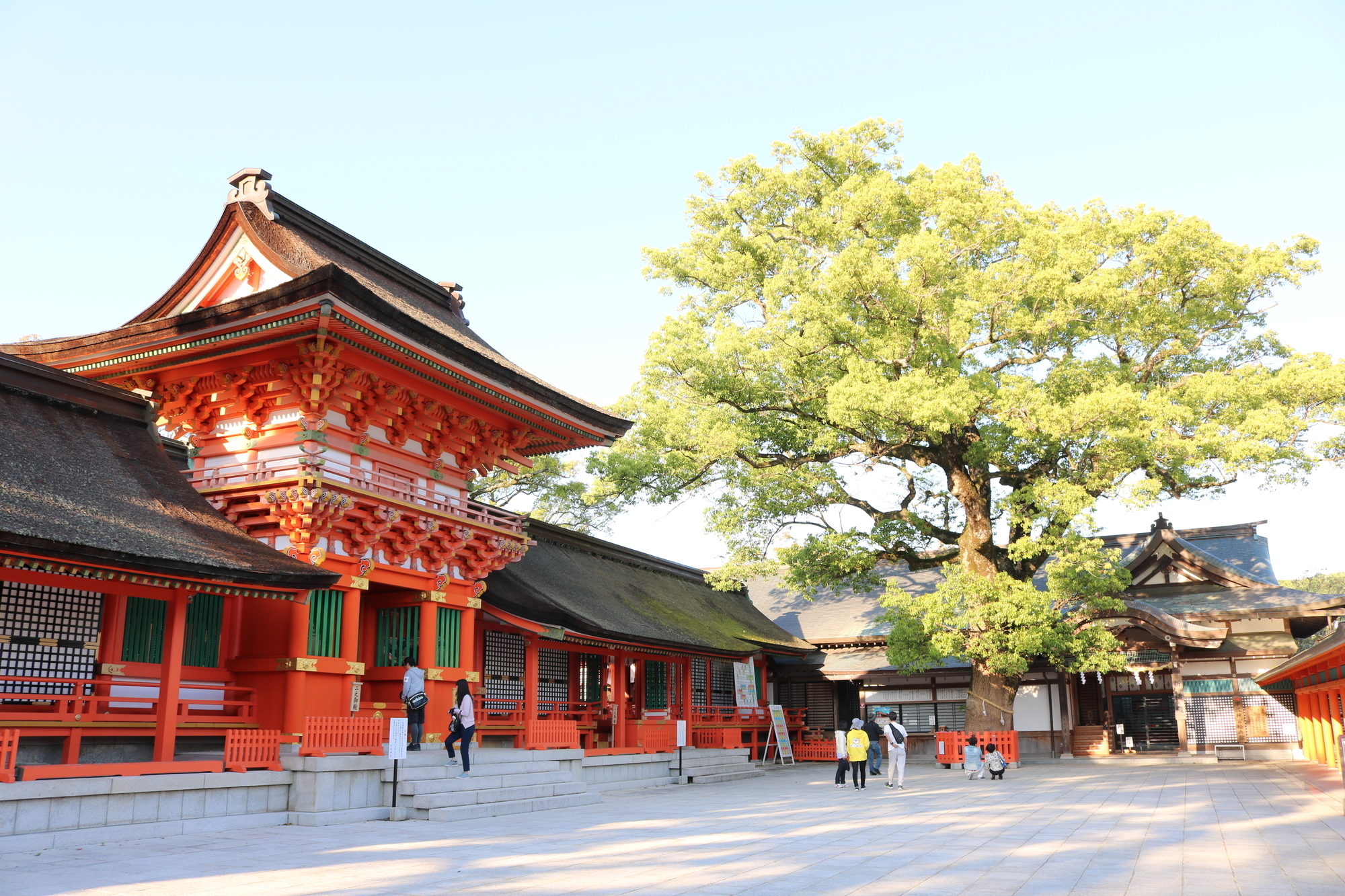 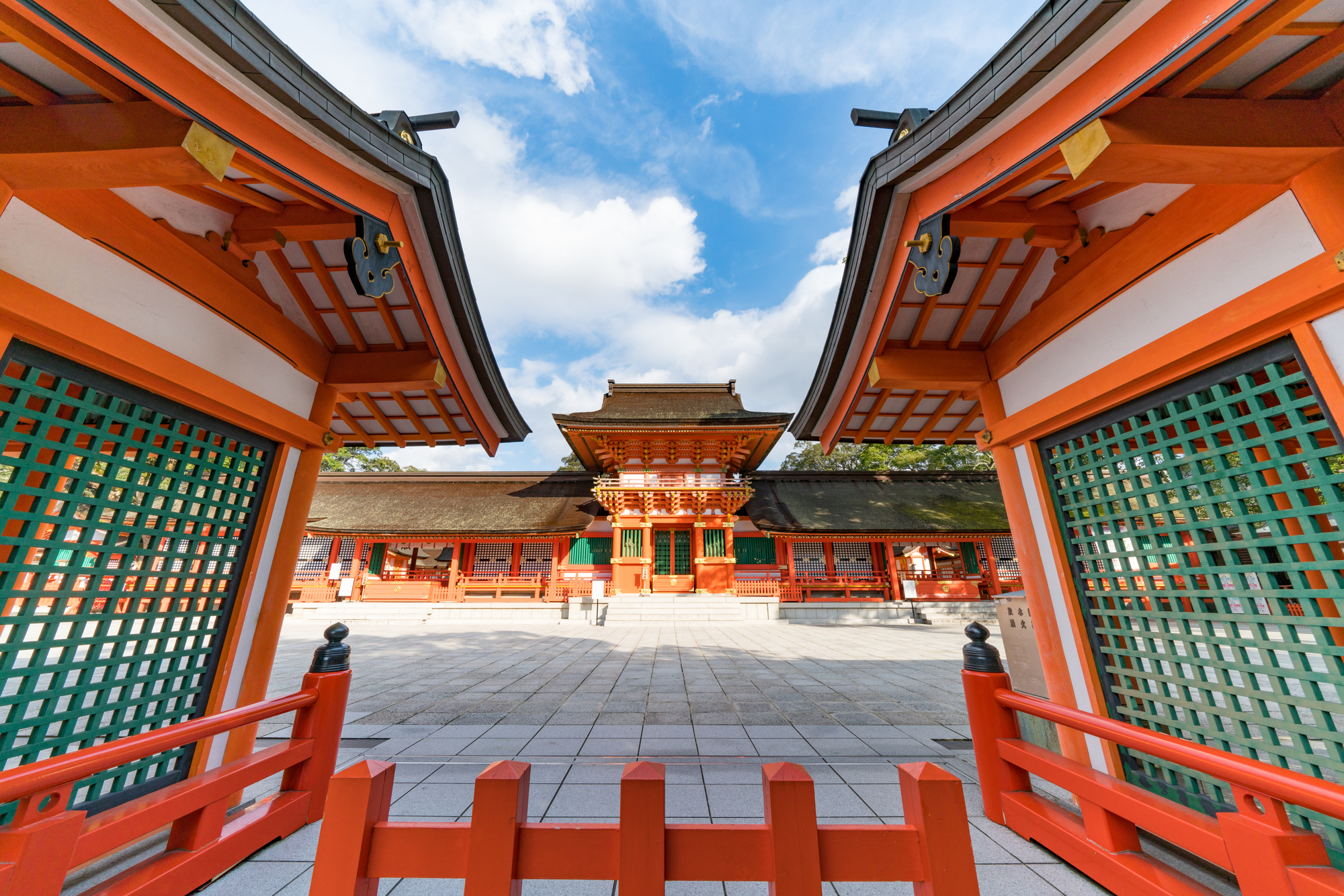 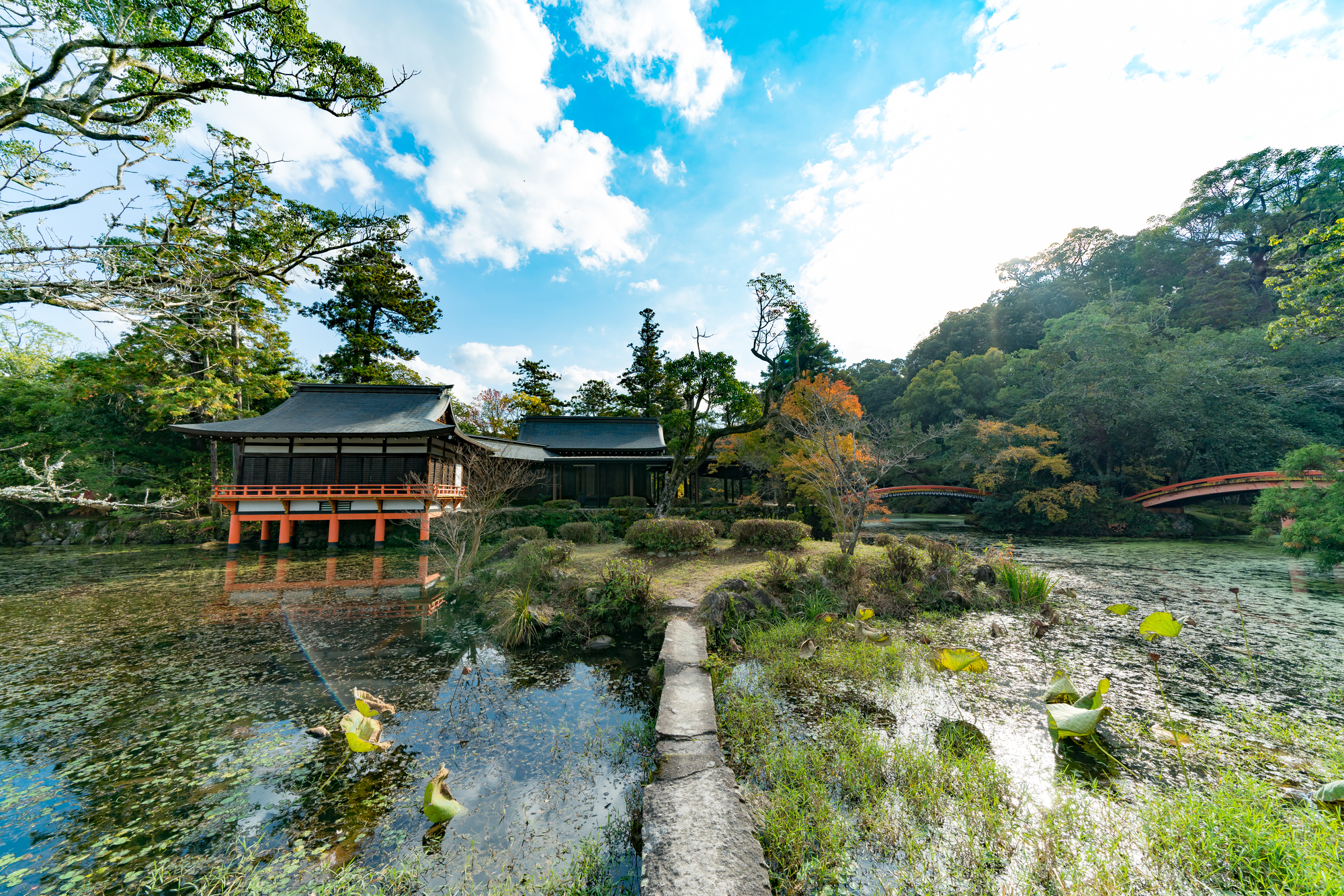 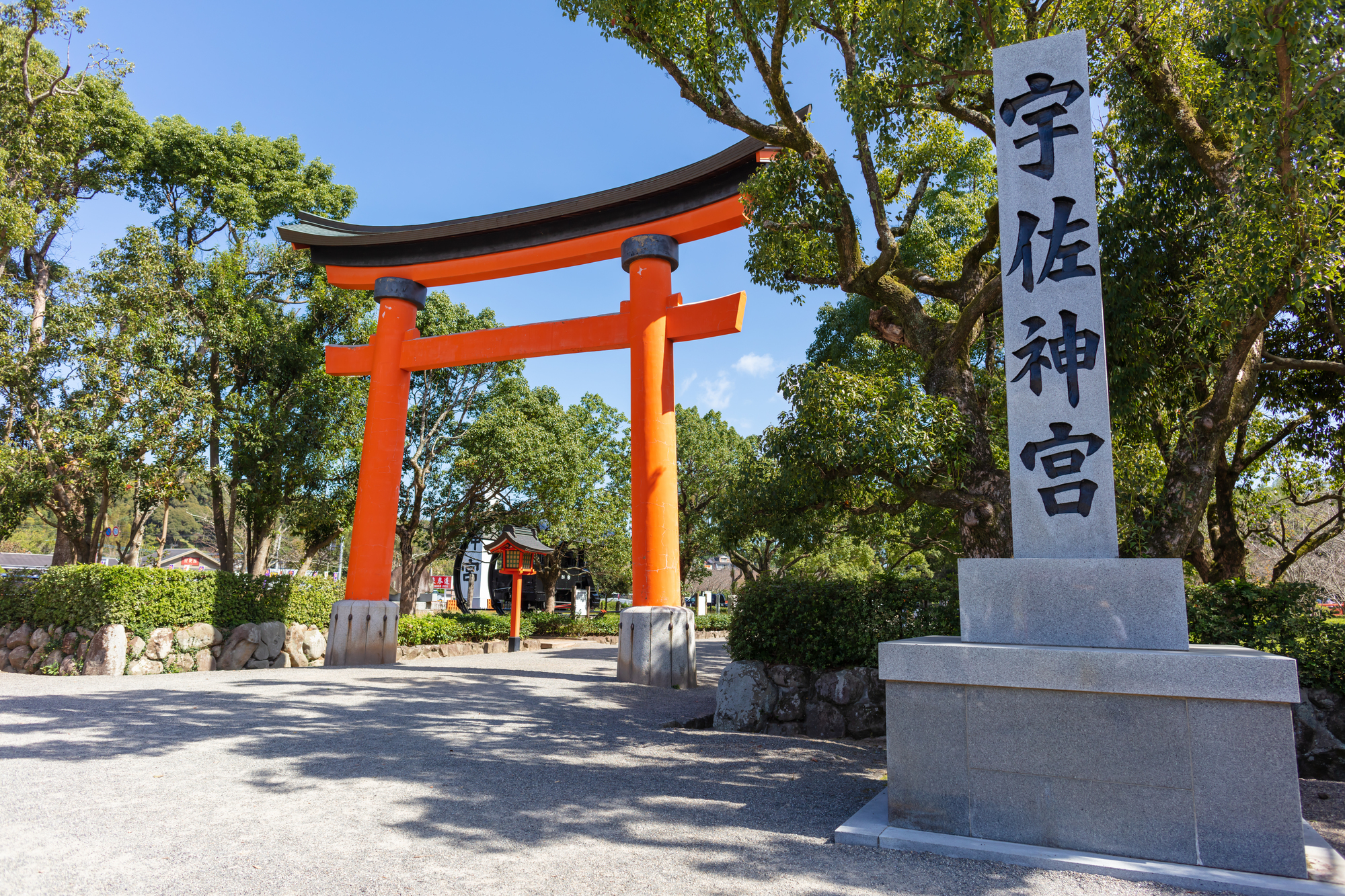 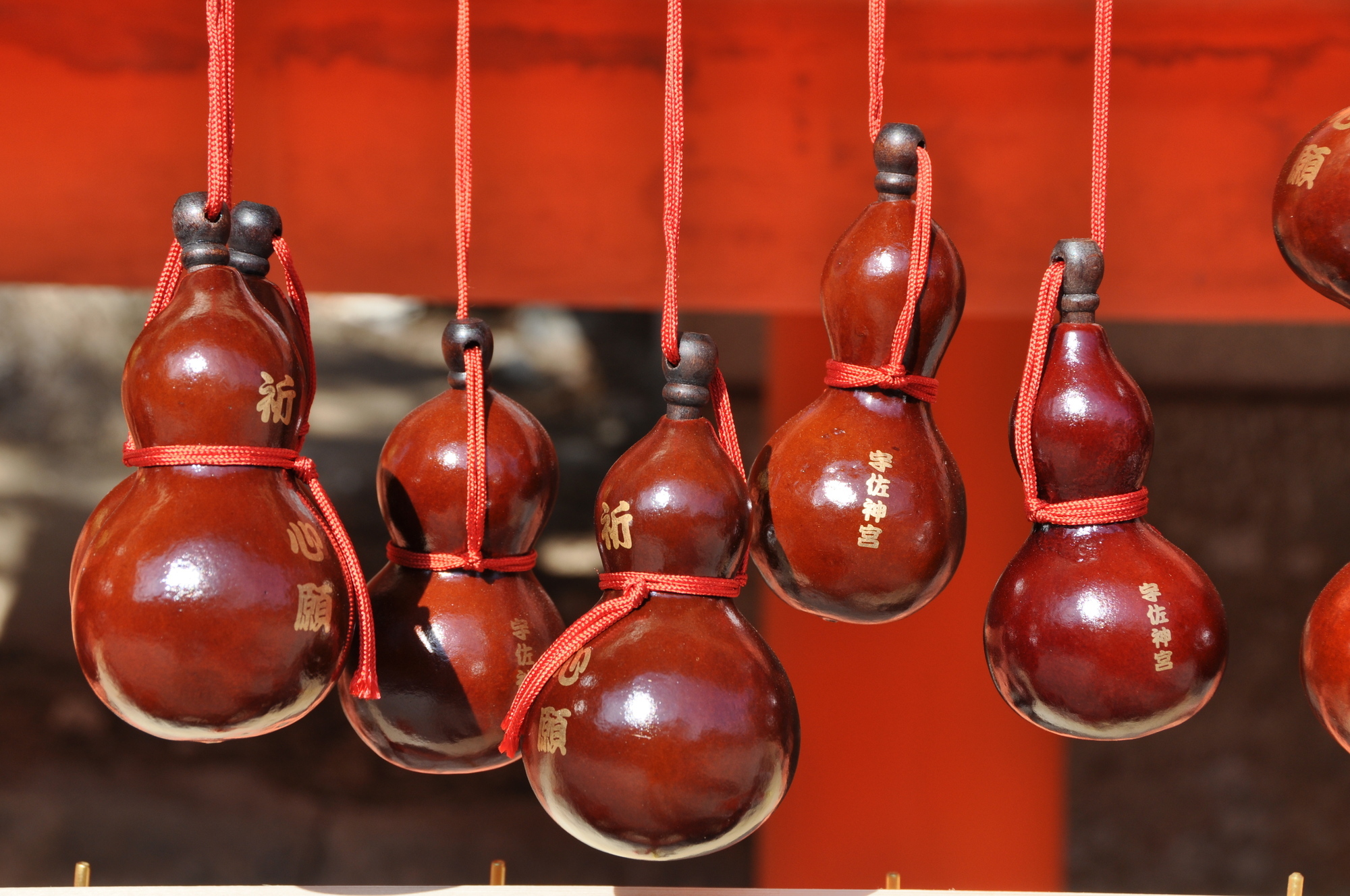 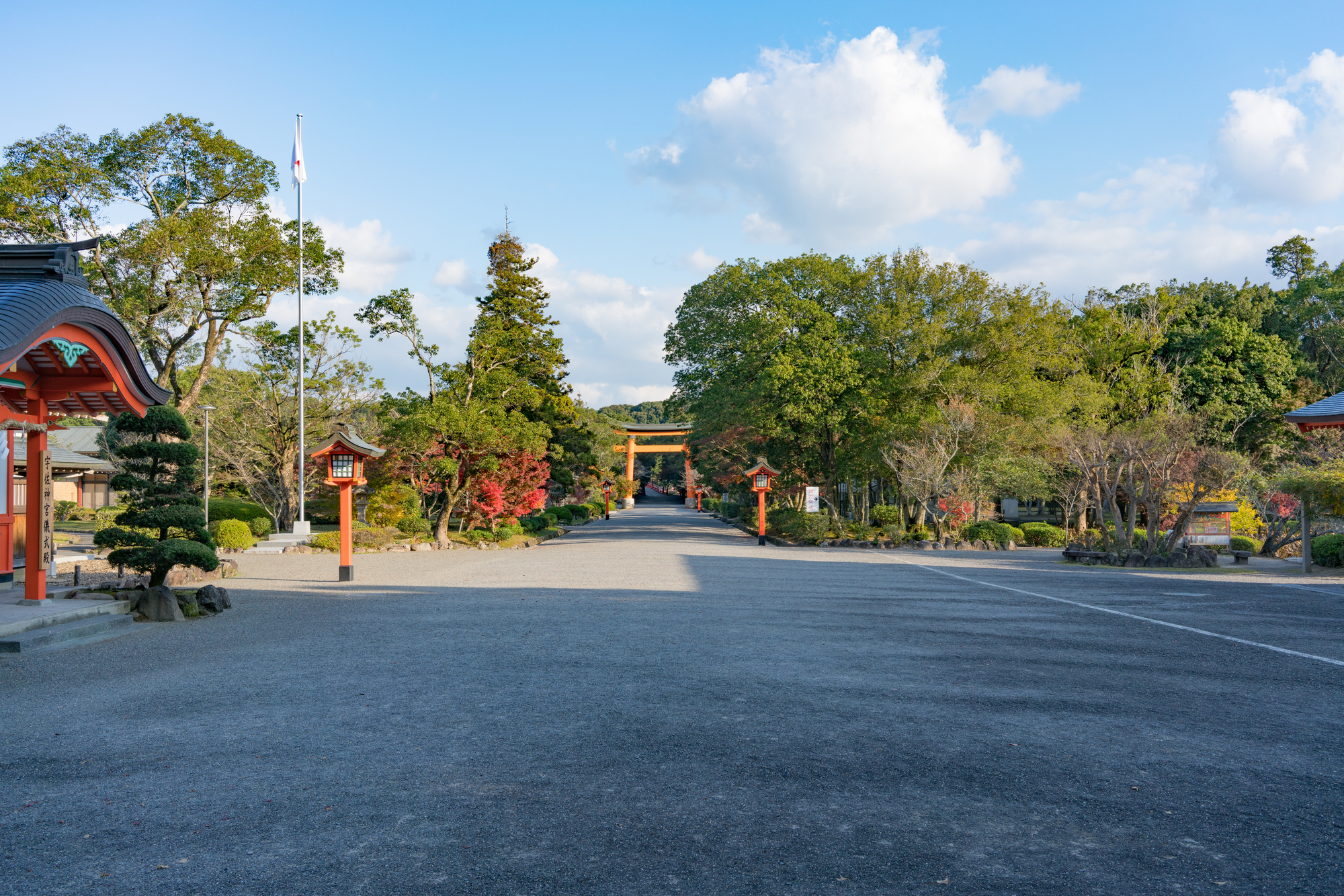 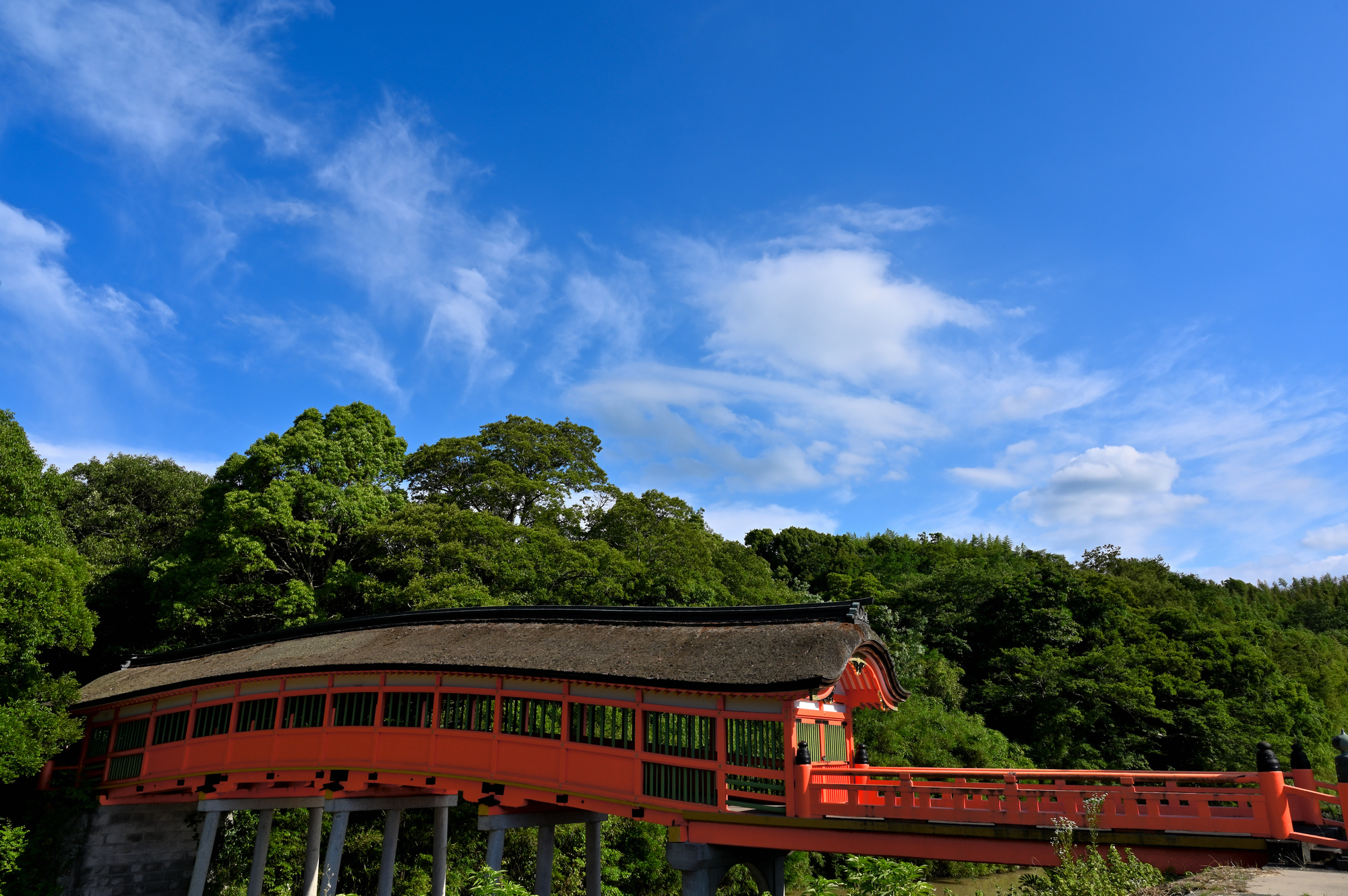 Usa-Jingu is an ancient Shinto sanctuary located in the eponym city and is famous for being the head shrines of 40.000 others across Japan, dedicated to Hachiman, the god of archery and war. It is also associated to the legendary 15th emperor of Japan, Emperor Ojin and was built in the Nara era (710-794). This admirable shine had an extensive influence on the Kunisaki Peninsula’s culture and Japan in general, which makes it strongly recommended to all visitors.

The divinities venerated in this shrine are considered as guardians for the imperial family and is the second most sacred after Ise-Jingu. Composed of a superior and inferior part along with a treasure hall and various other places, the complex turns out to be full of surprises and vast to discover. The visit starts with the traditional commercial street full of local products, meeting with the main street, omotesendo, topped by the first torii. Then you will be welcomed to walk on a splendid vermillion bridge over a small pond populated by carps, bringing you to the scared place. The architecture called Hachiman-zukuri truly is unique and both halls are connected by the roof so that the god can come and leave without being seen. One of the building is used by the god during the day and the other one during the night. These astonishing buildings are surrounded by lotus flowers and centenaries tries, adding a mystic atmosphere, and by the treasure hall presenting various amazing artefacts related to the Usa shrine. Finally, the last great attraction is the Kureashi, a covered bridge where the contrast between the white pillars and vermillion walls is fabulous. The incredible way the bridge is conserved can be explained about the fact that it is opened only once every ten years during a festival.

Advice:
-The Usa Jingu Shrine is highly recommended, regardless of the season or weather. Indeed, it is even popular to go there during a raining day as it adds a magical aspect.
-The lotus flowers are mainly magnificent during July and August.