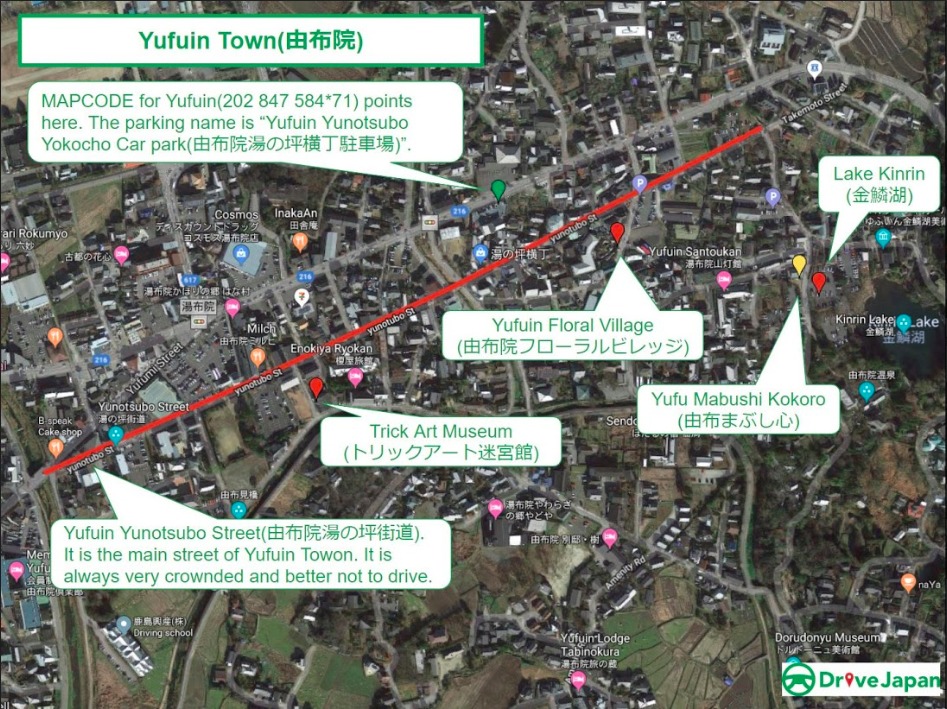 Yufuin is a reputed rural hot spring resort in the mountains of Oita prefecture. Along with the Onsen, Yufuin is also surrounded by a delightful landscape based on various superb natural spots. But what truly differentiate Yufuin from many others Hot spring towns is its appeal for Art Galleries and Museums.

Among the diverse Art galleries present in the city, this one is the most recommended if you are travelling with kids. The Yufuin Trick Art museum presents numerous 3D art based on the ancient technique of Tromp-l’Oeil that fascinate more and more visitors for their ability to create illusions. Children in particular are mostly fascinated by the pieces of art exhibited and are often excited. The complex has several floors where 2 of them are dedicated to Masashi Hattori who is among the greatest proponents of art in Japan.

Advice:
-Even if the gallery isn’t exceptional, it can be an ideal activity for a raining day.
-We recommend you to take a stroll there after you parked your car at the ""Yufuin Yunotsubo Yokocho Car park-由布院湯の坪横丁駐車場", close to the Yufuin Yunotsubo street.
The MAPCODE is: 269 359 660*80.