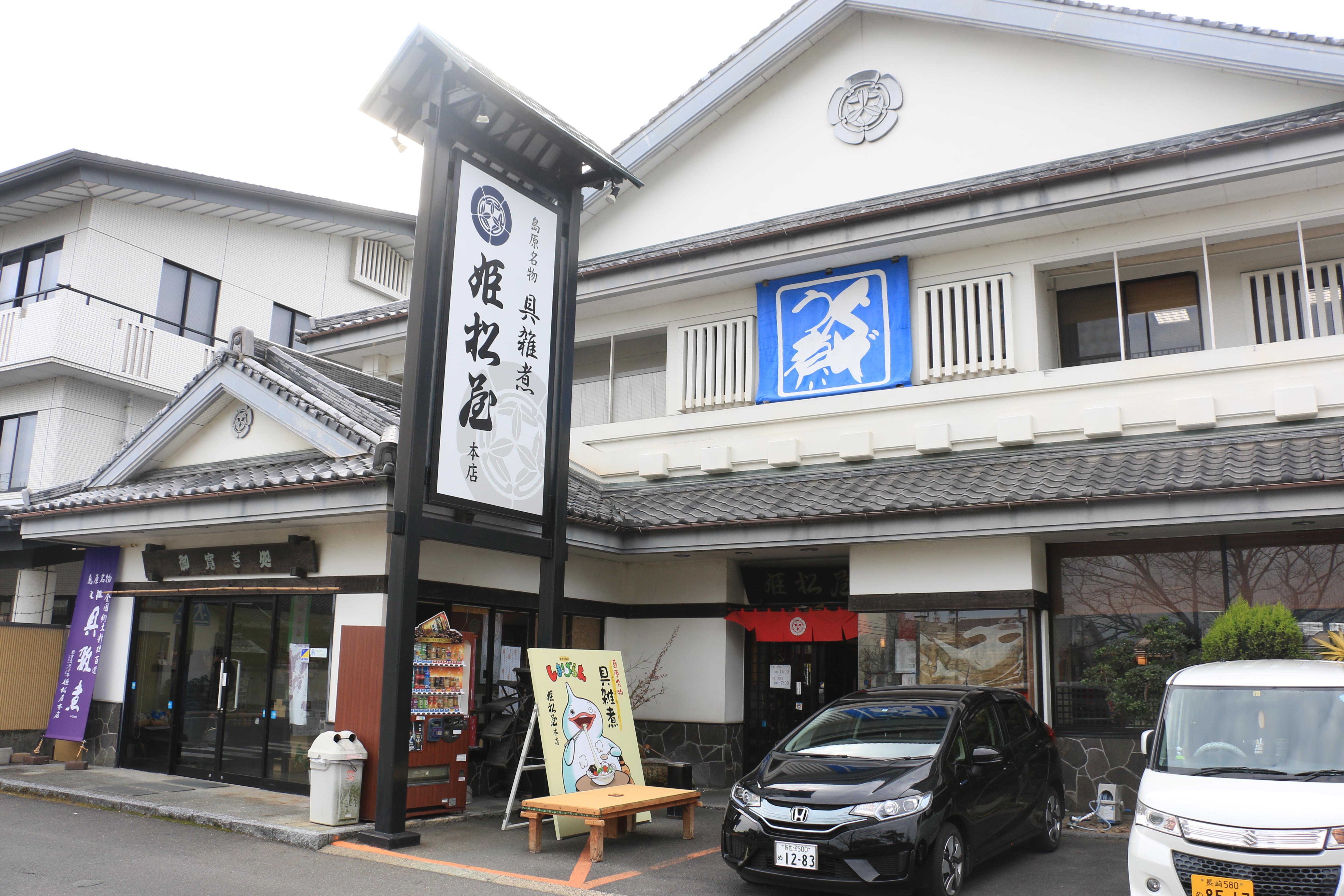 Located in Shimabara(島原), the Himematsuya restaurant has one of the strongest reputations in the Nagasaki prefecture. It can first be explained by their admirable experience as the restaurant was founded in 1813 and remains appreciated since then. Their fame has grown around the success of the delicious Shimabara traditional dish called ”Guzoni(具雑煮)” which is a hotpot with rice cake soup also named “Mochi”. It is a perfect place to enjoy a traditional Japanese dish for lunch in order to get a deeper insight of the strong culinary culture.

Advice:
-Be aware that credit cards are not accepted.