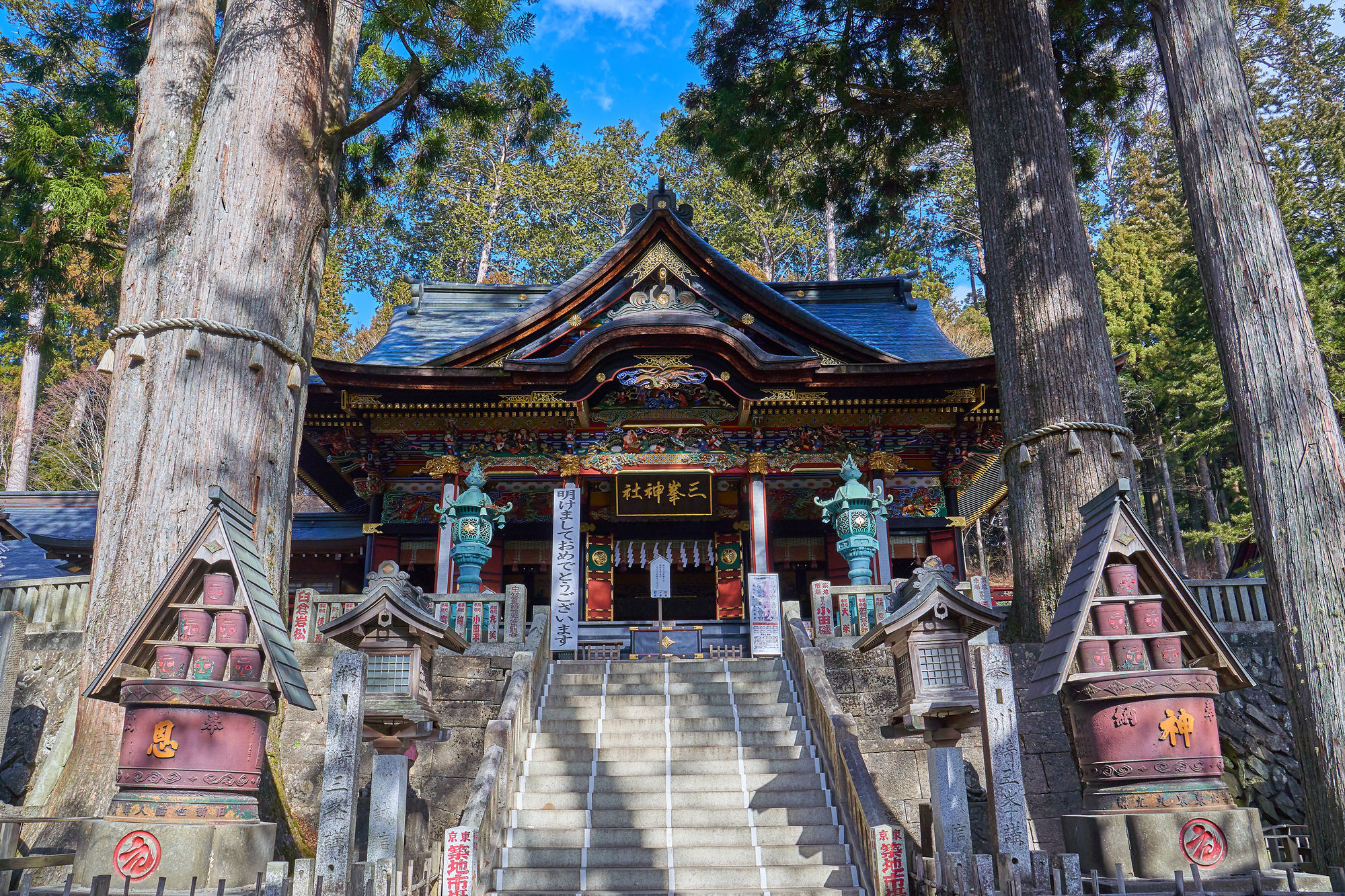 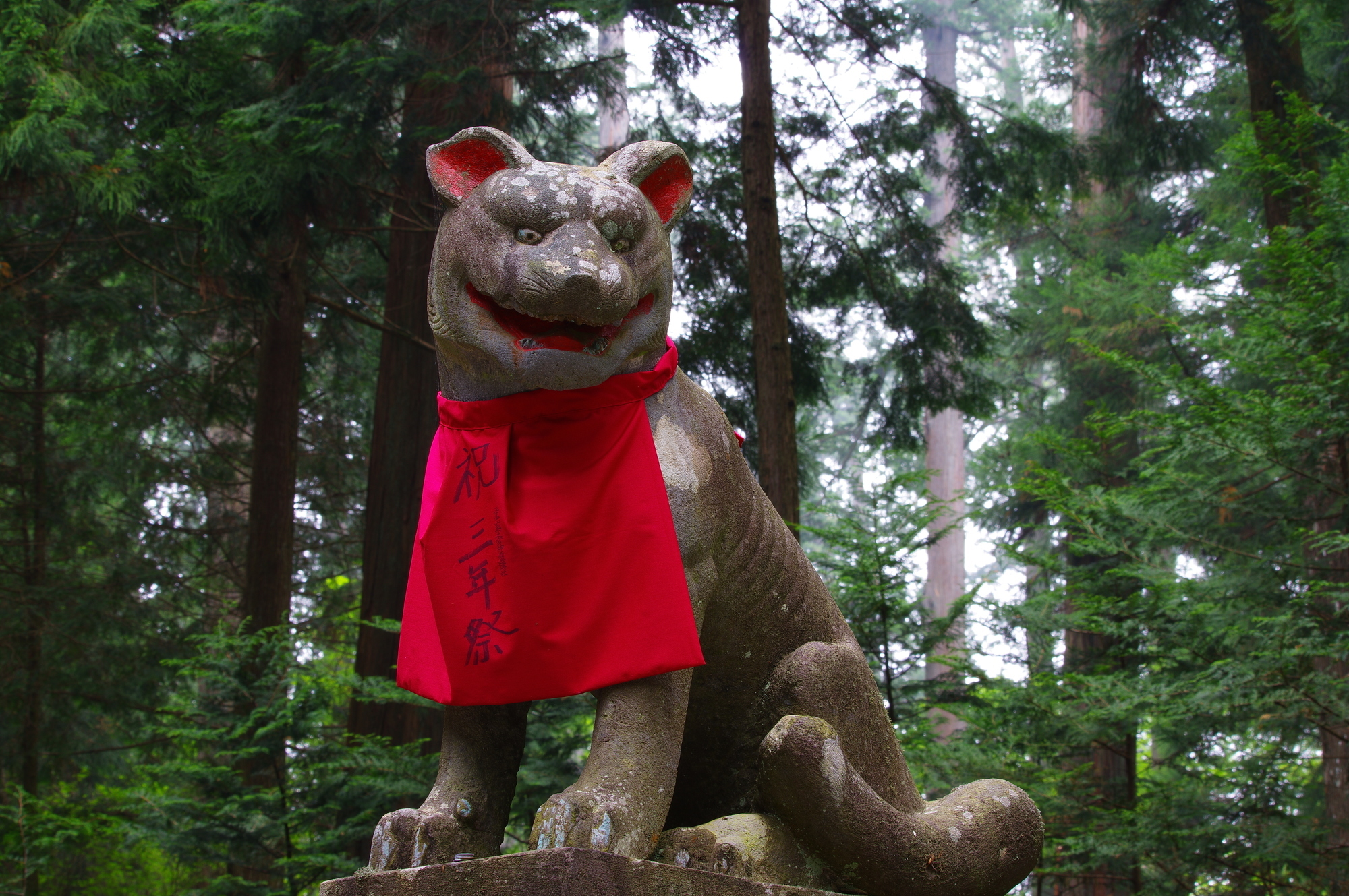 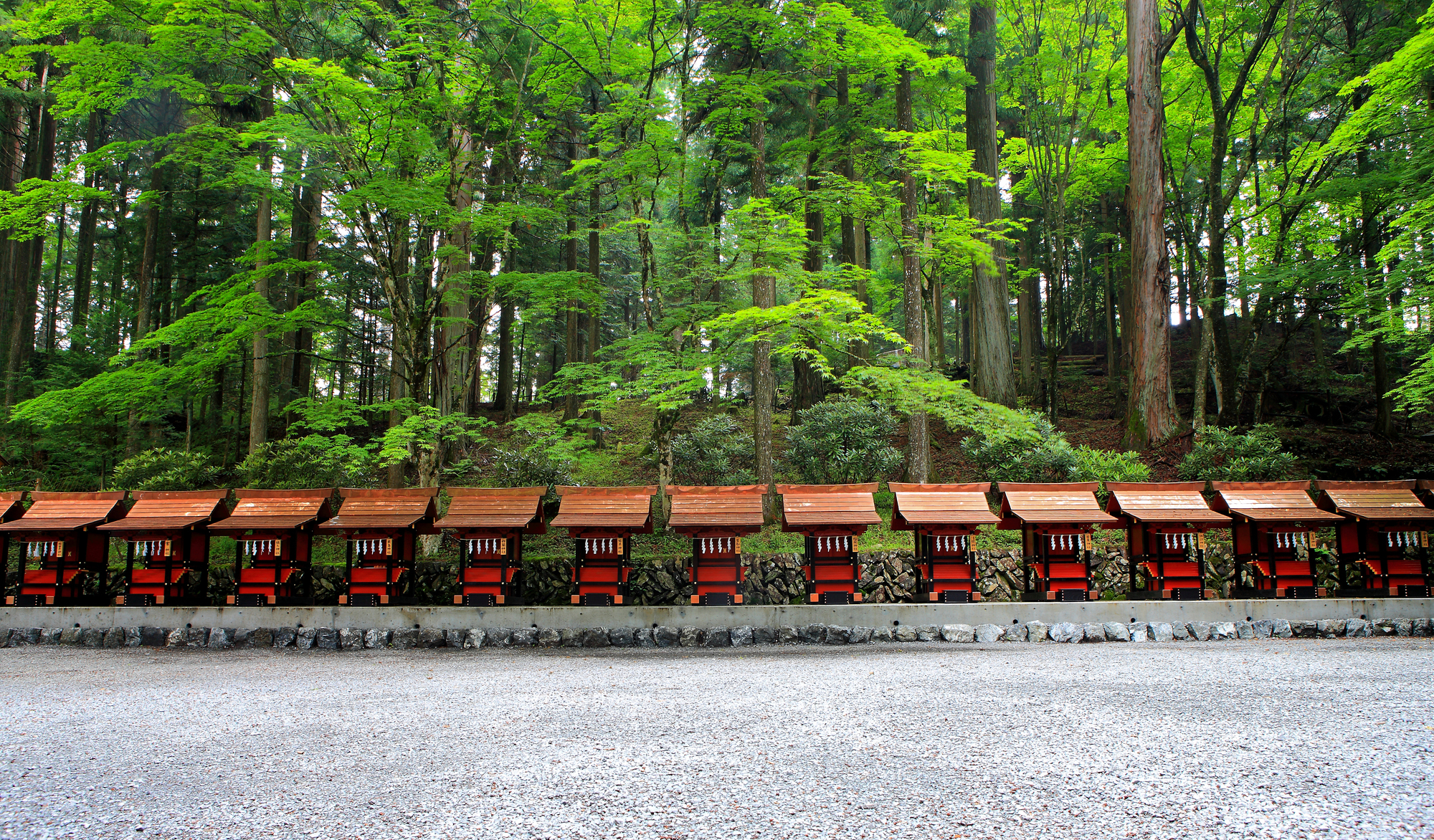 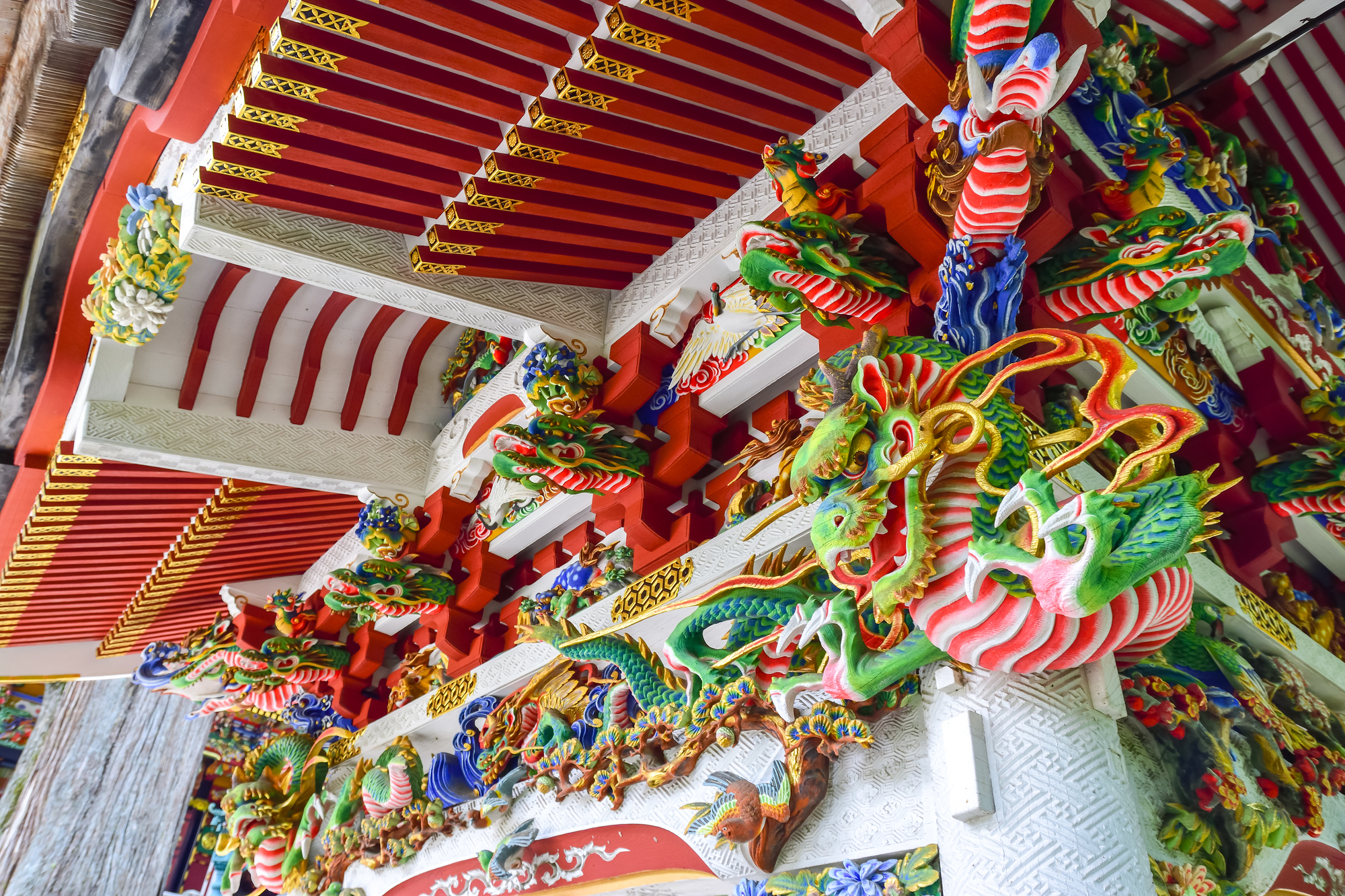 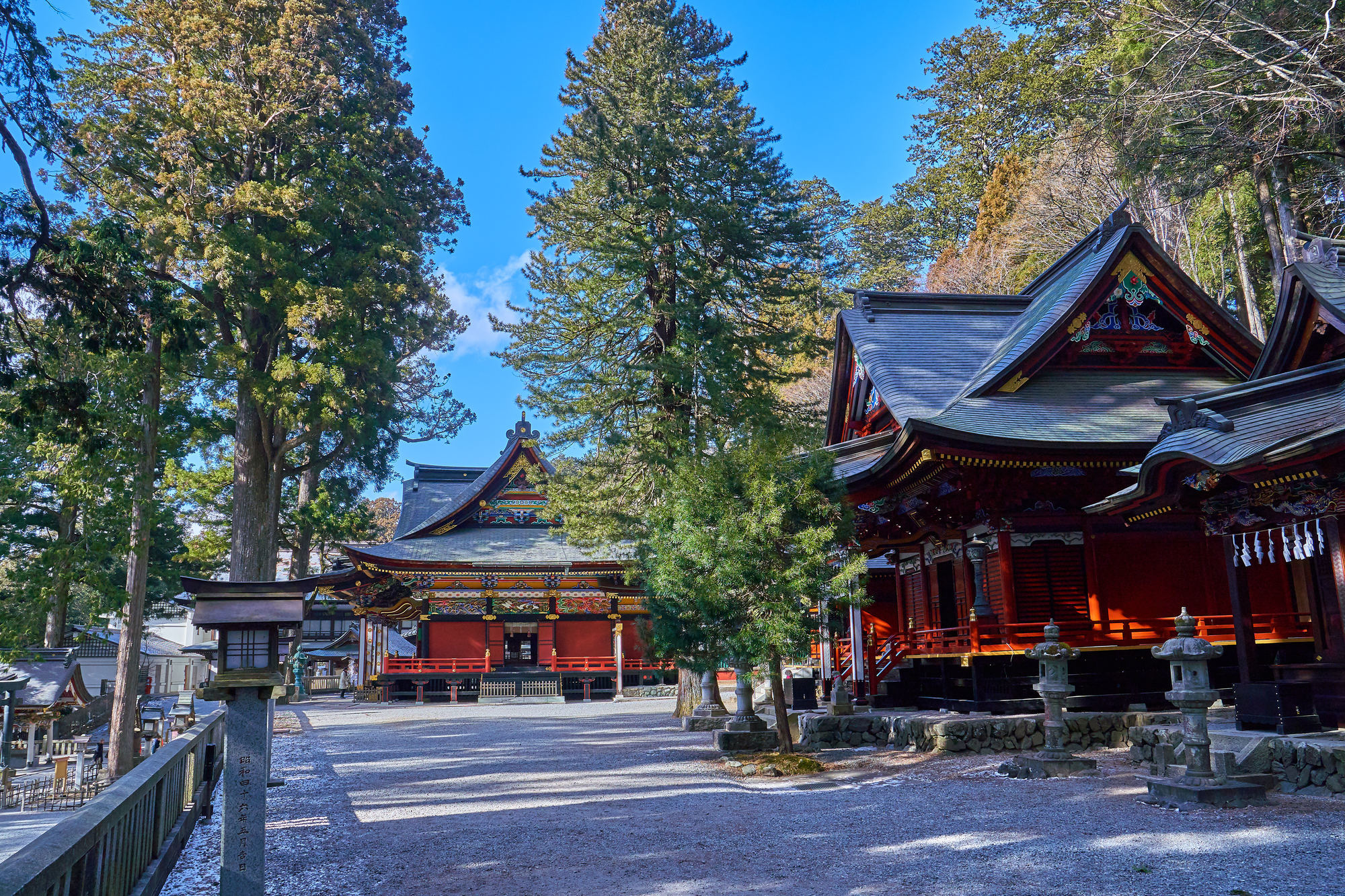 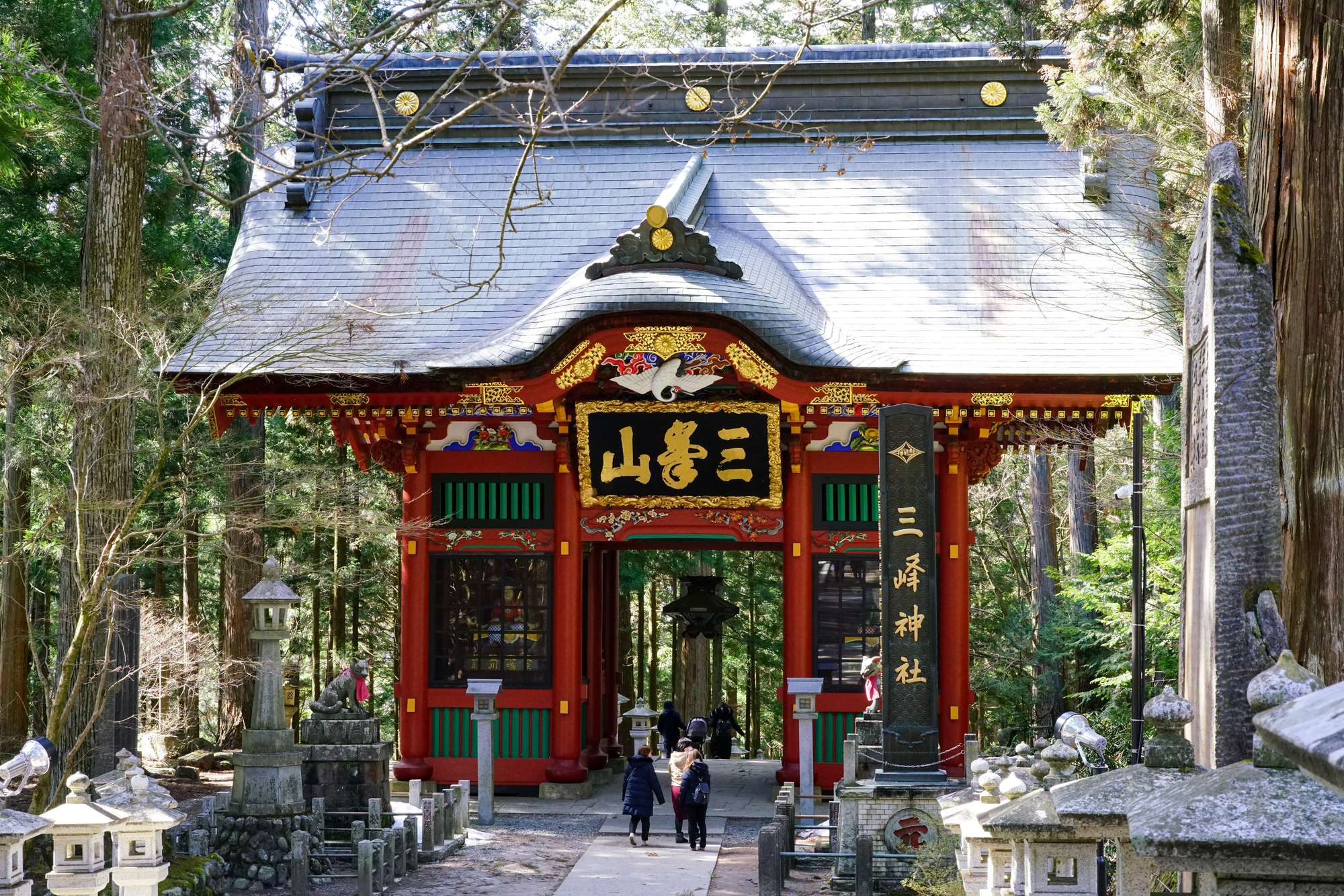 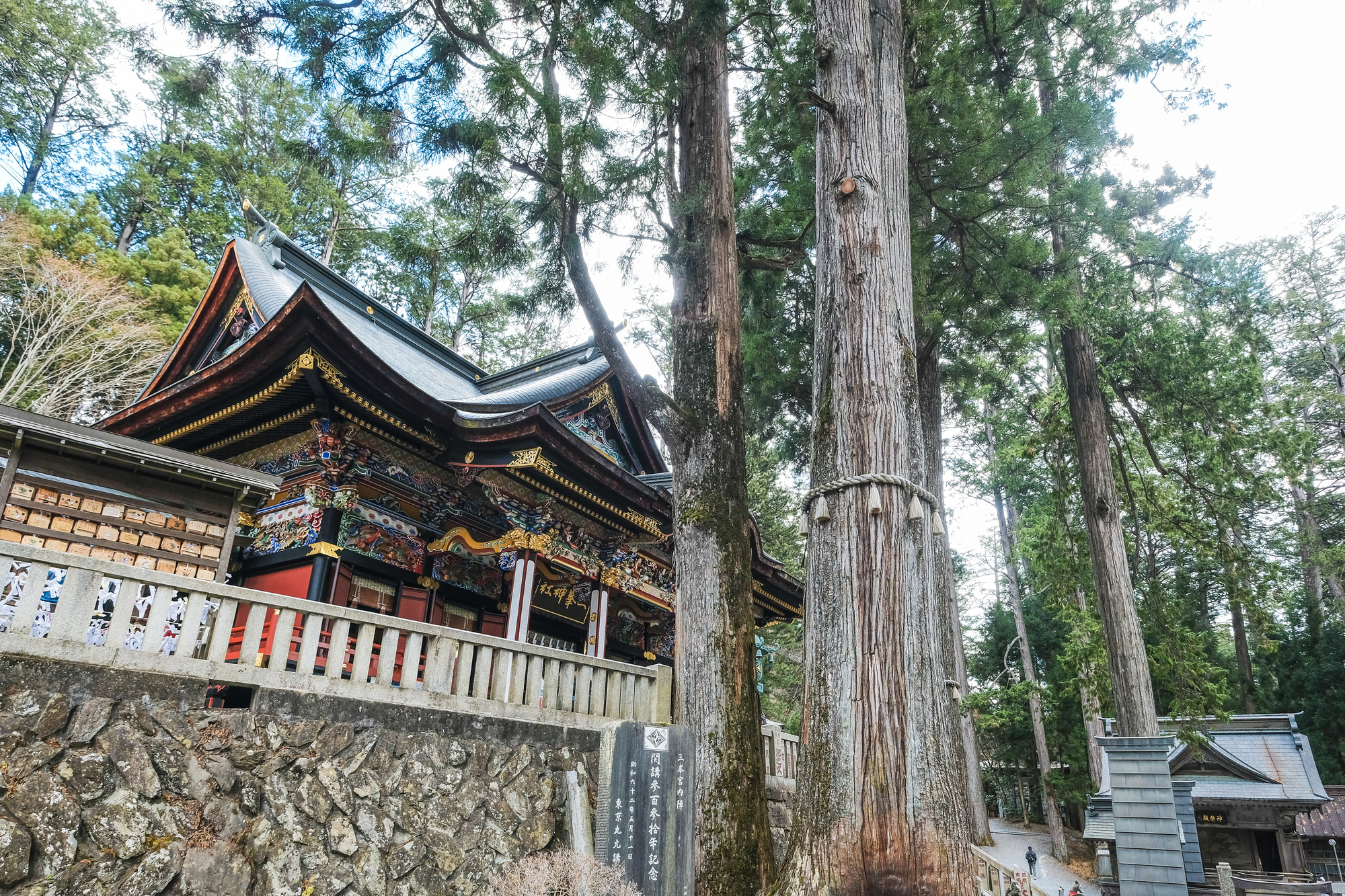 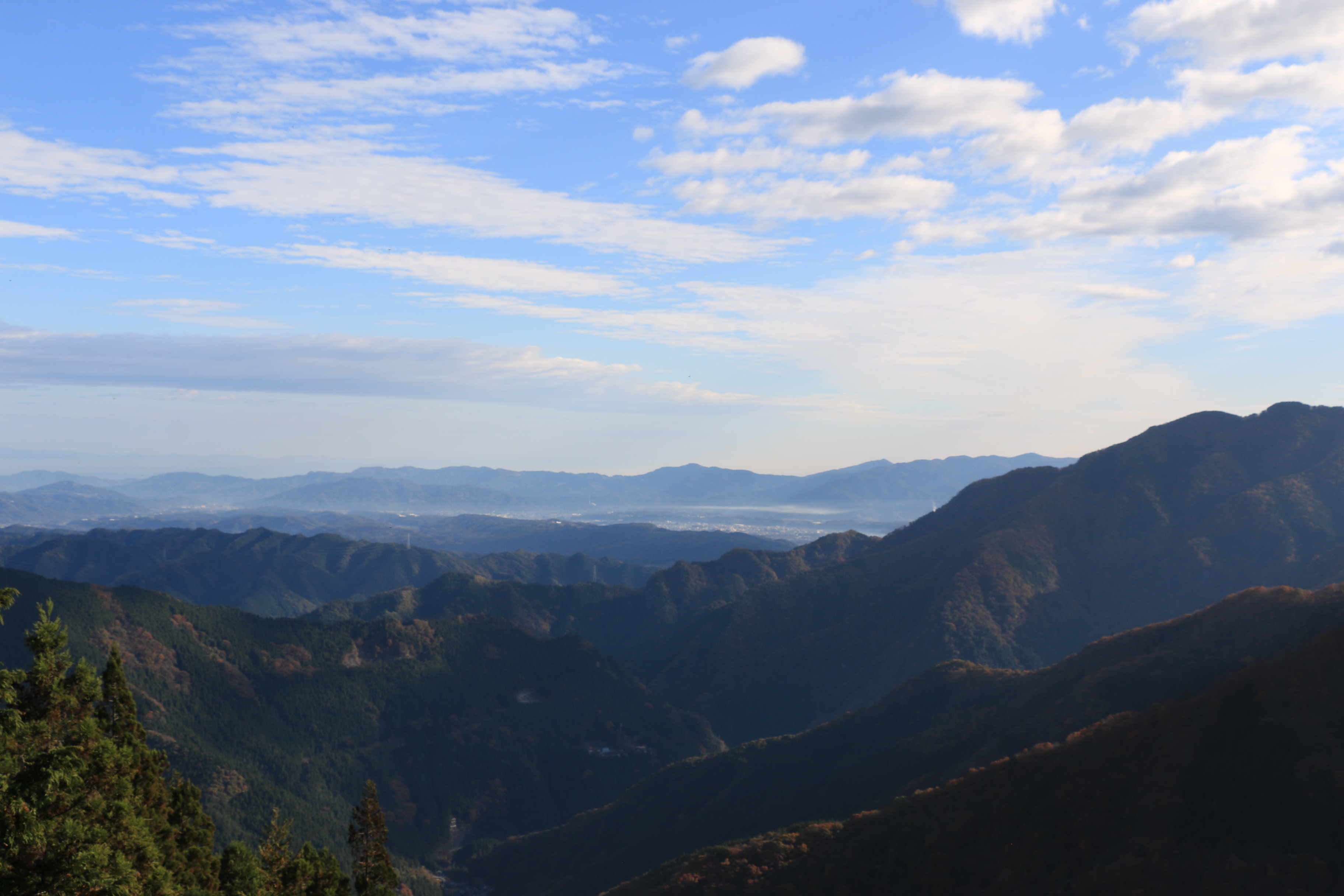 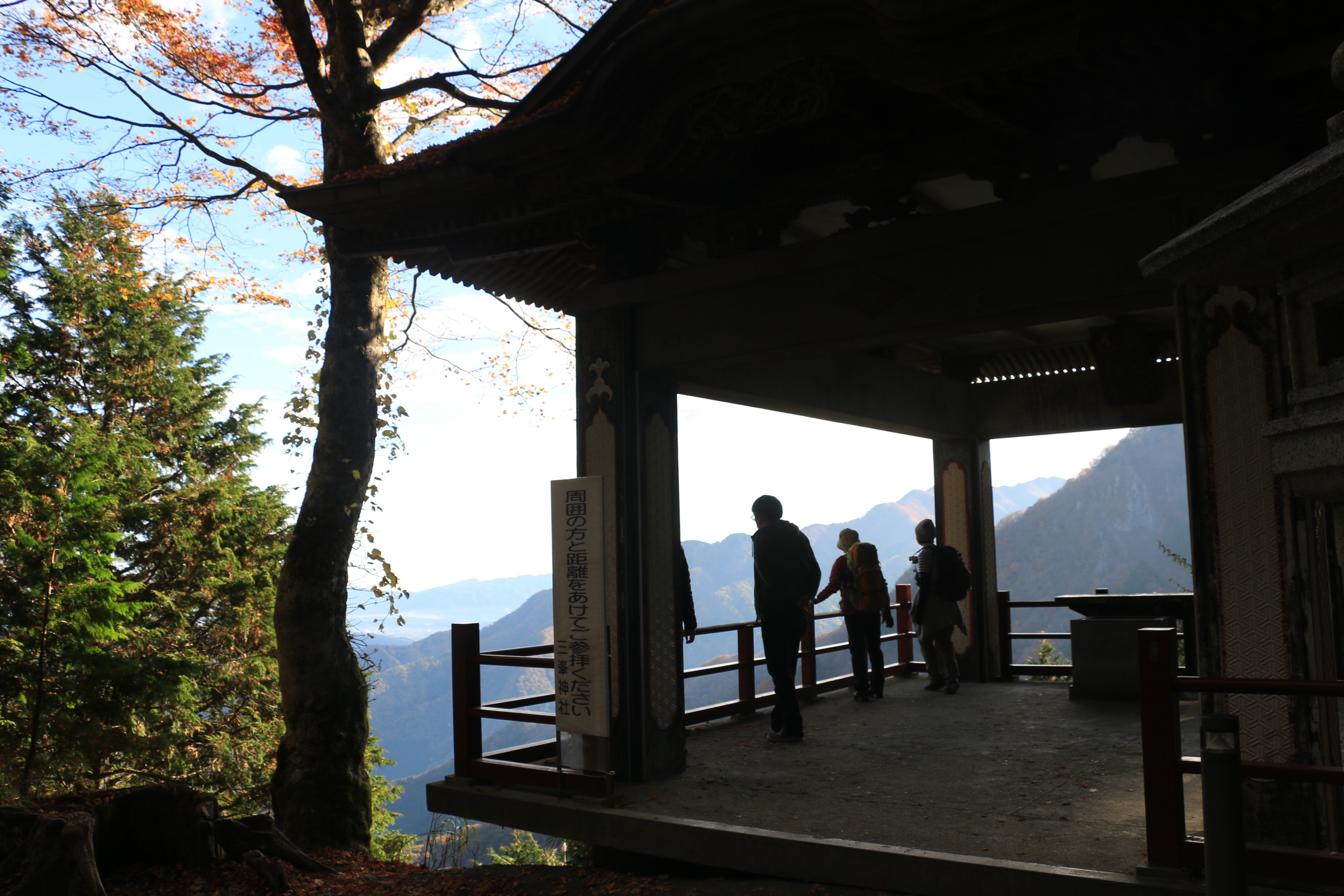 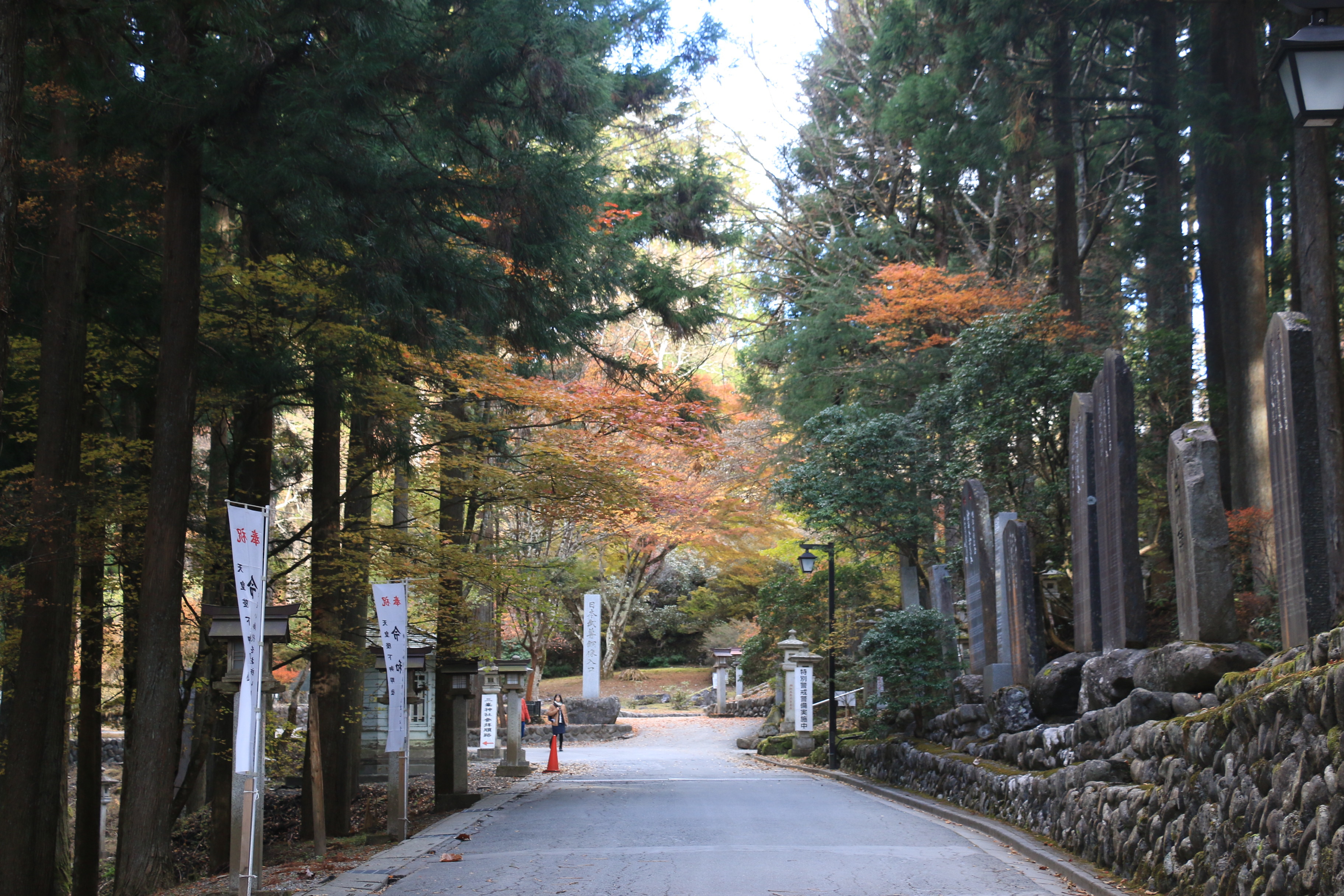 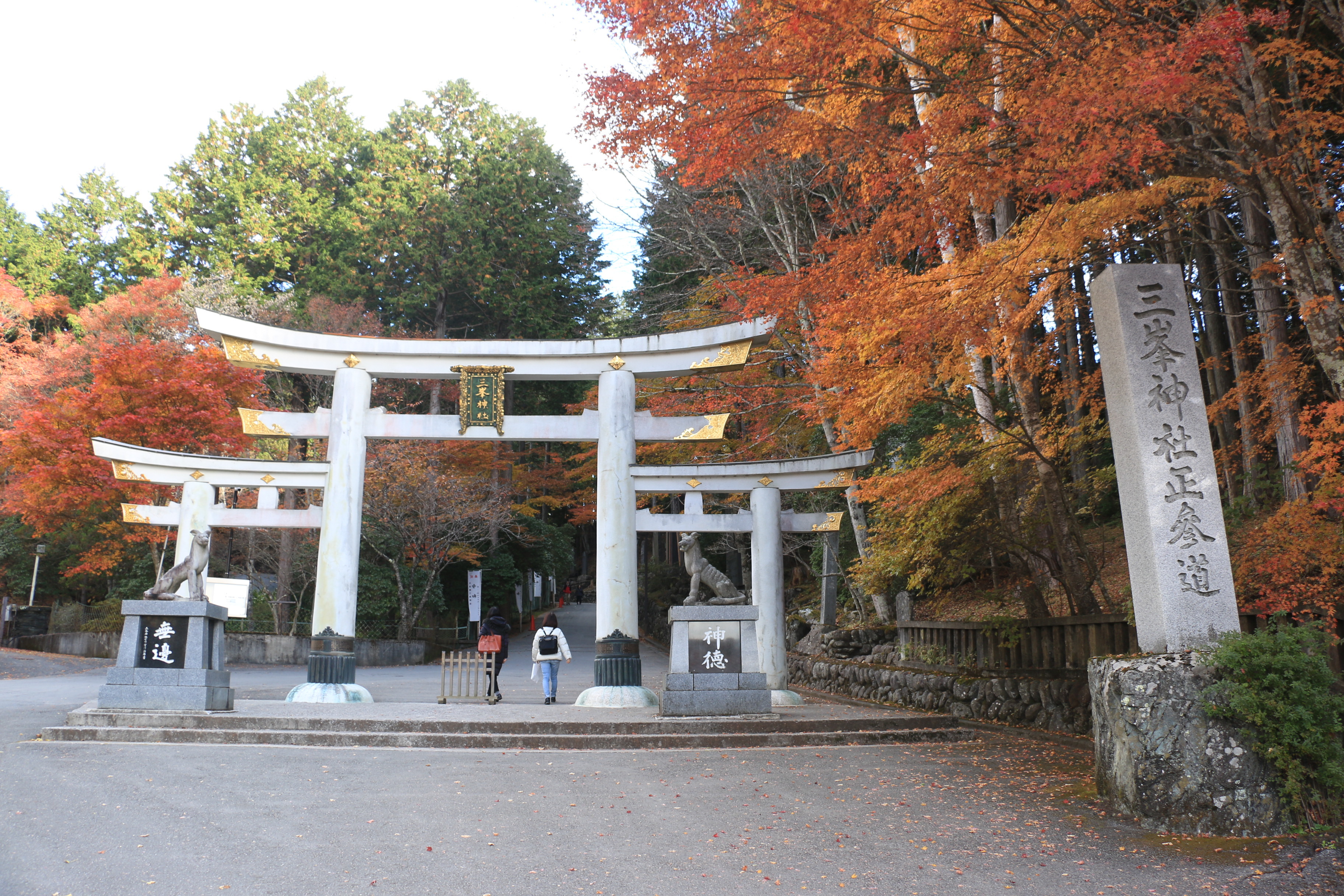 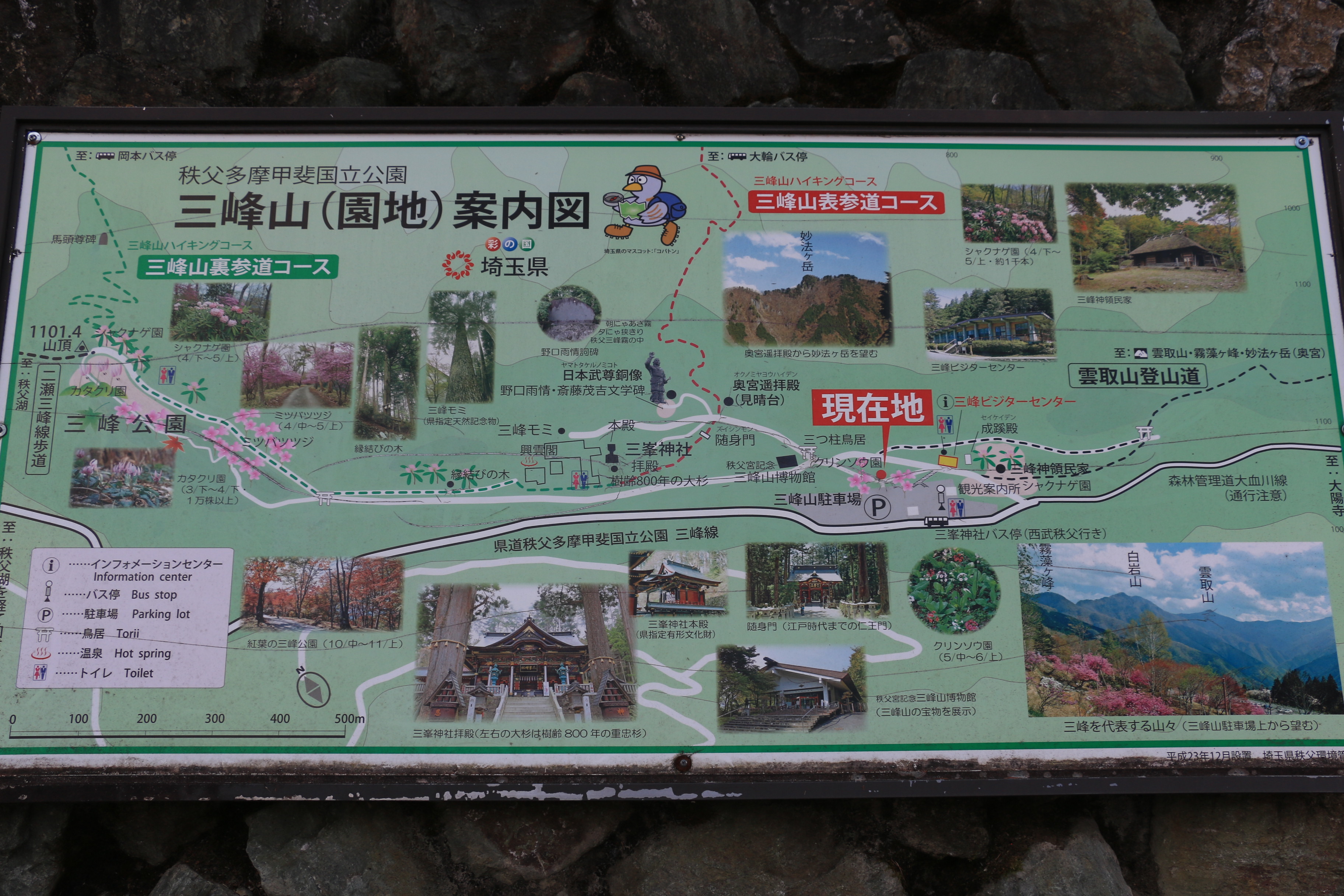 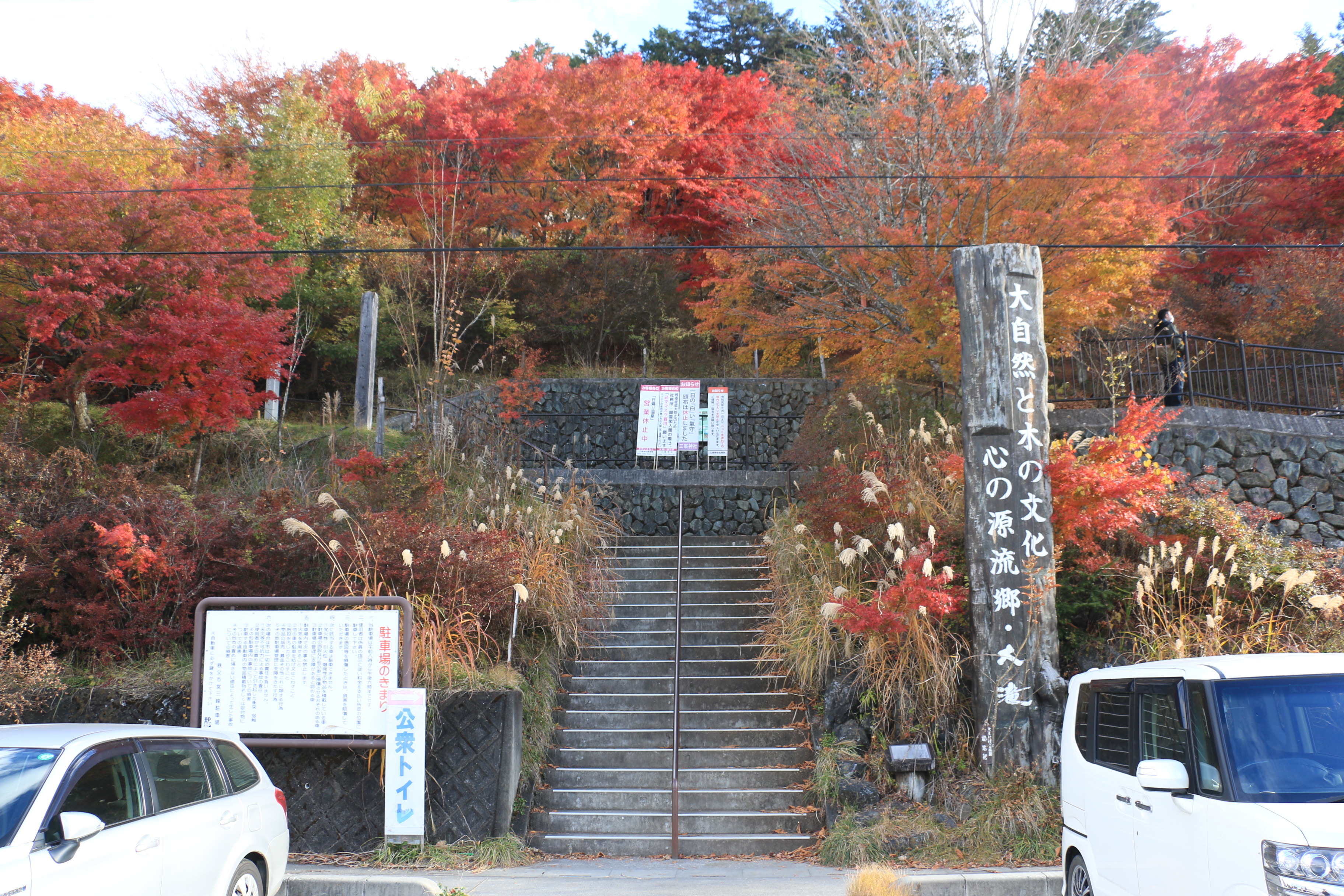 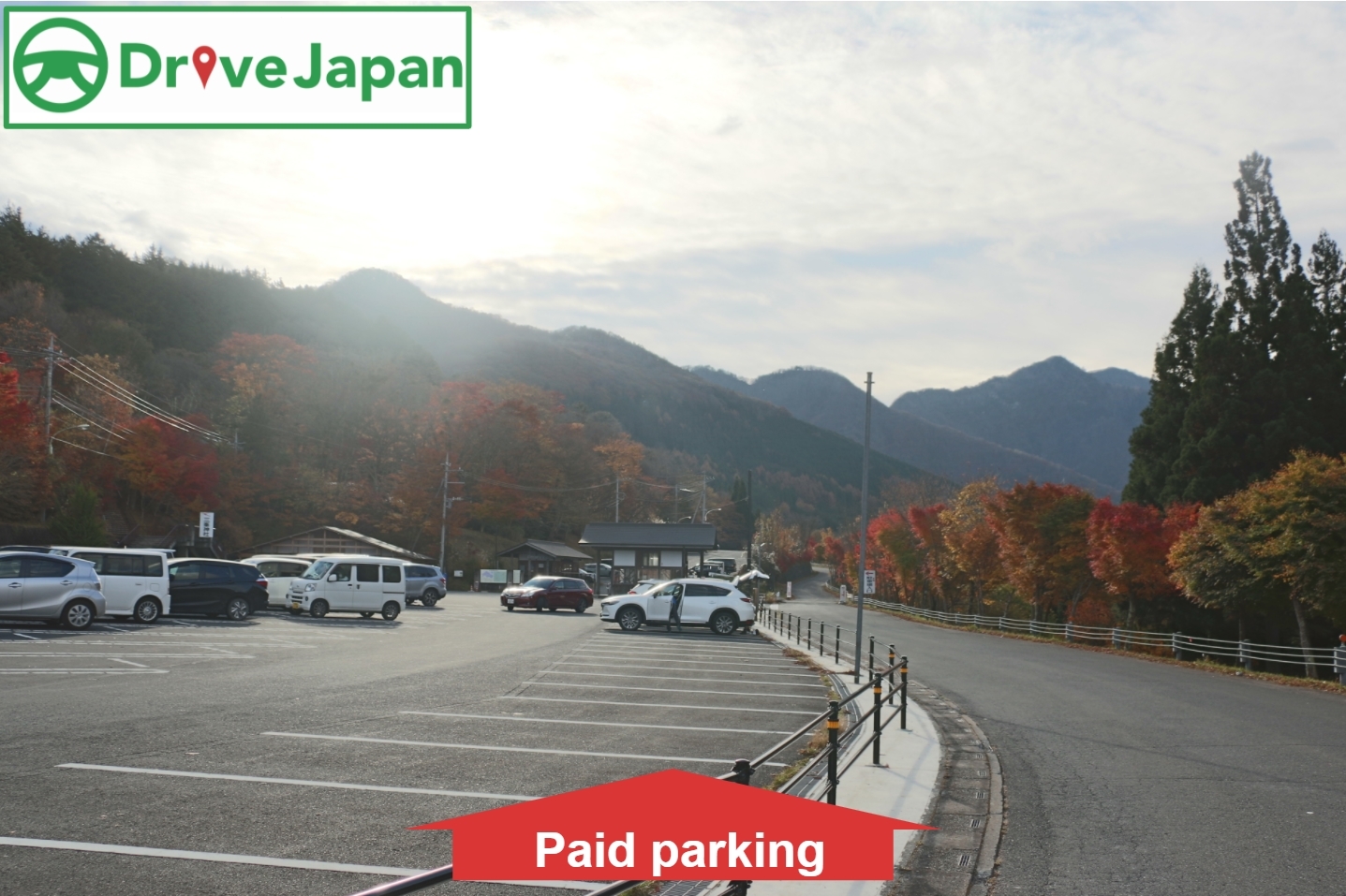 Mitsumine Shrine lies in the mountains of the Chichibu region of Saitama Prefecture. Mitsumine Shrine has often been described as one of Japan's most beautiful mountain shrines. Mitsumine Shrine is at the summit of Mt. Mitsumine in Chichibu-Tama-Kai National Park. It is said that it is a shrine that is closest to the skies, and indeed the atmosphere of the place is sacred and quiet, and the view from the lookout is spectacular. Take a trip to the Mitsumine shrine to see the sacred fields for yourself. Adding to the enchanting atmosphere of this secluded mountain shrine are the many towering cedar trees all around, including those that allegedly exude power to people who touch them. Mitsumine Shrine became hugely popular among the people in Edo (1603-1867). Praying to the wolf gods would provide some mental relief from the constant worries of fire and theft. In those times, a trip to the Mitsumine Shrine was an arduous undertaking that took several days on dangerous mountain paths. The benefits of Mitsumine Shrine are wide-ranging, such as family safety, marital harmony, easy delivery/childbirth, good luck, and five-grain fertility. In particular, it is said that there is a strong benefit of fulfilling the desire for clear goals such as work luck, game luck, business prosperity, and money luck. Therefore, many celebrities such as business owners, entrepreneurs, and entertainers are visiting.

About 1 hour and 5 minutes by car or 40km from Chichibu City.

Check MAPCODE in Around Tokyo & Mt.Fuji(Kanto)