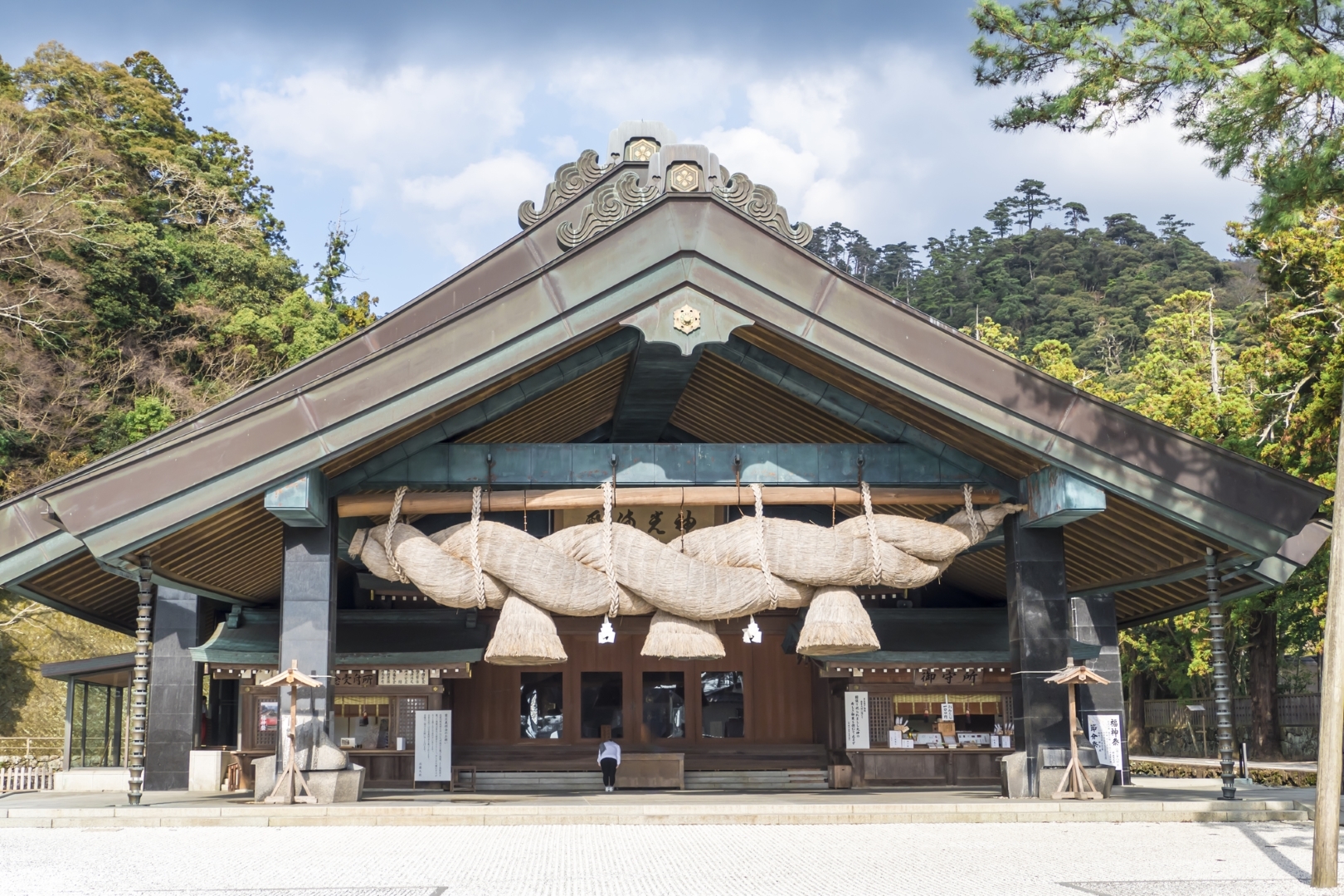 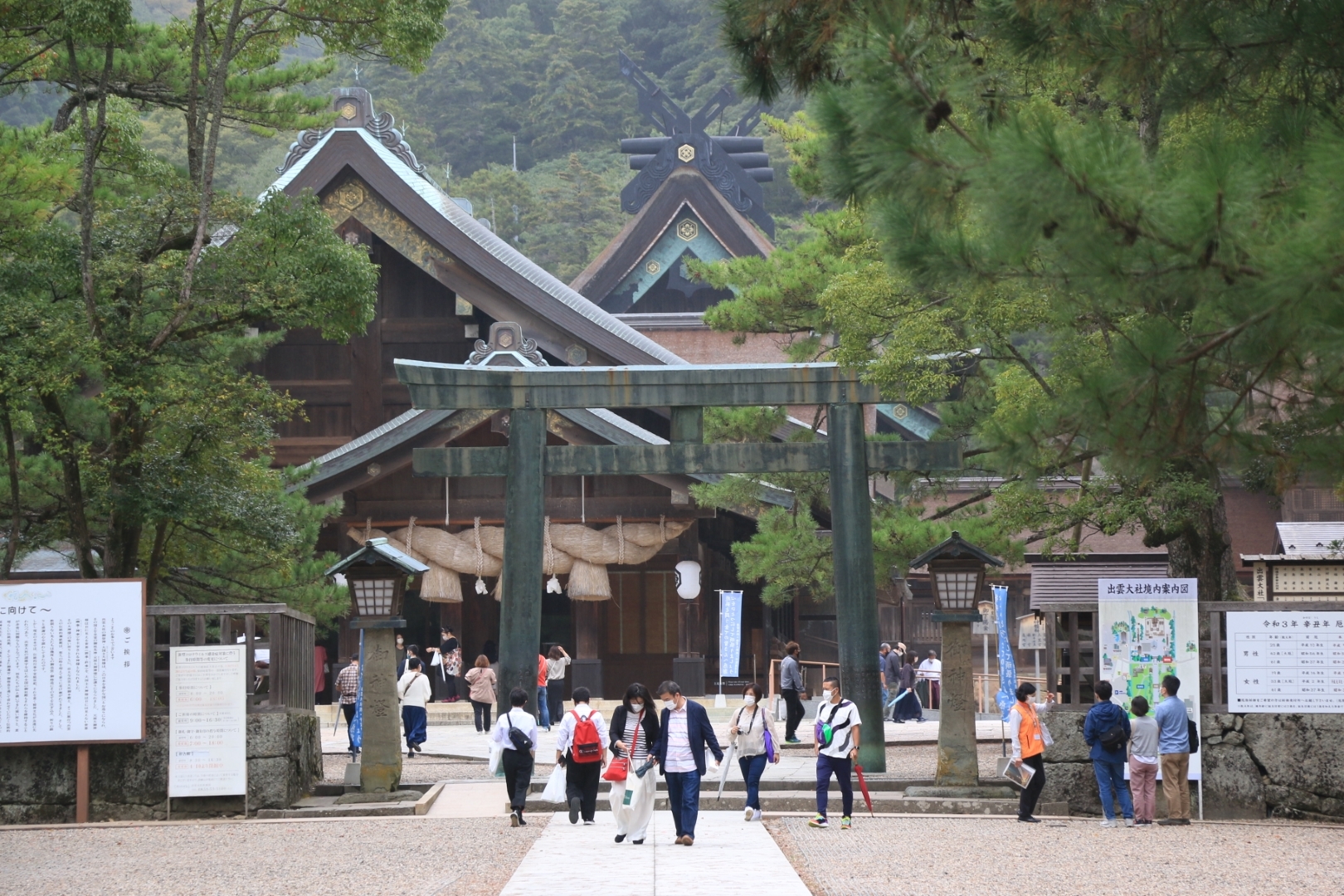 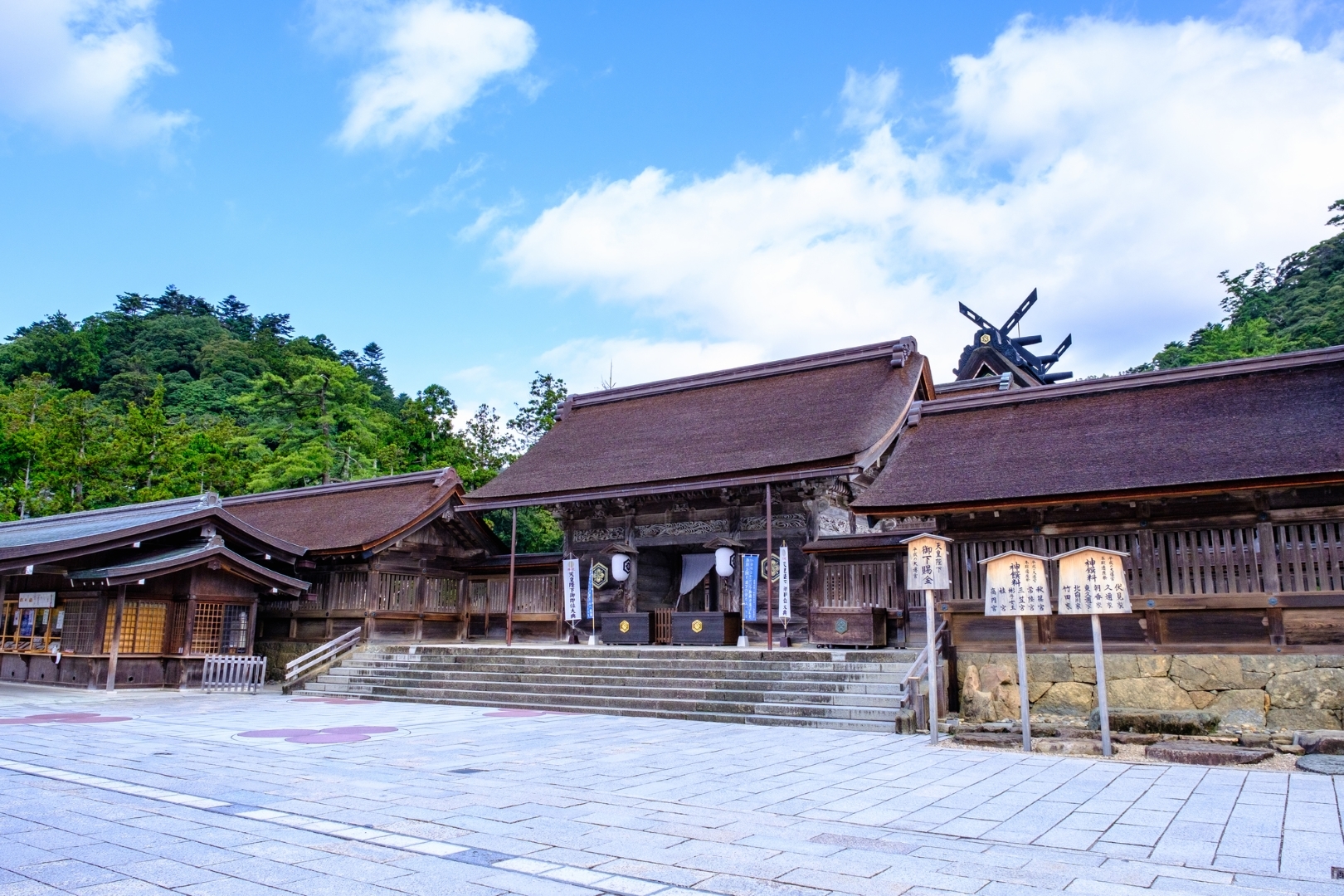 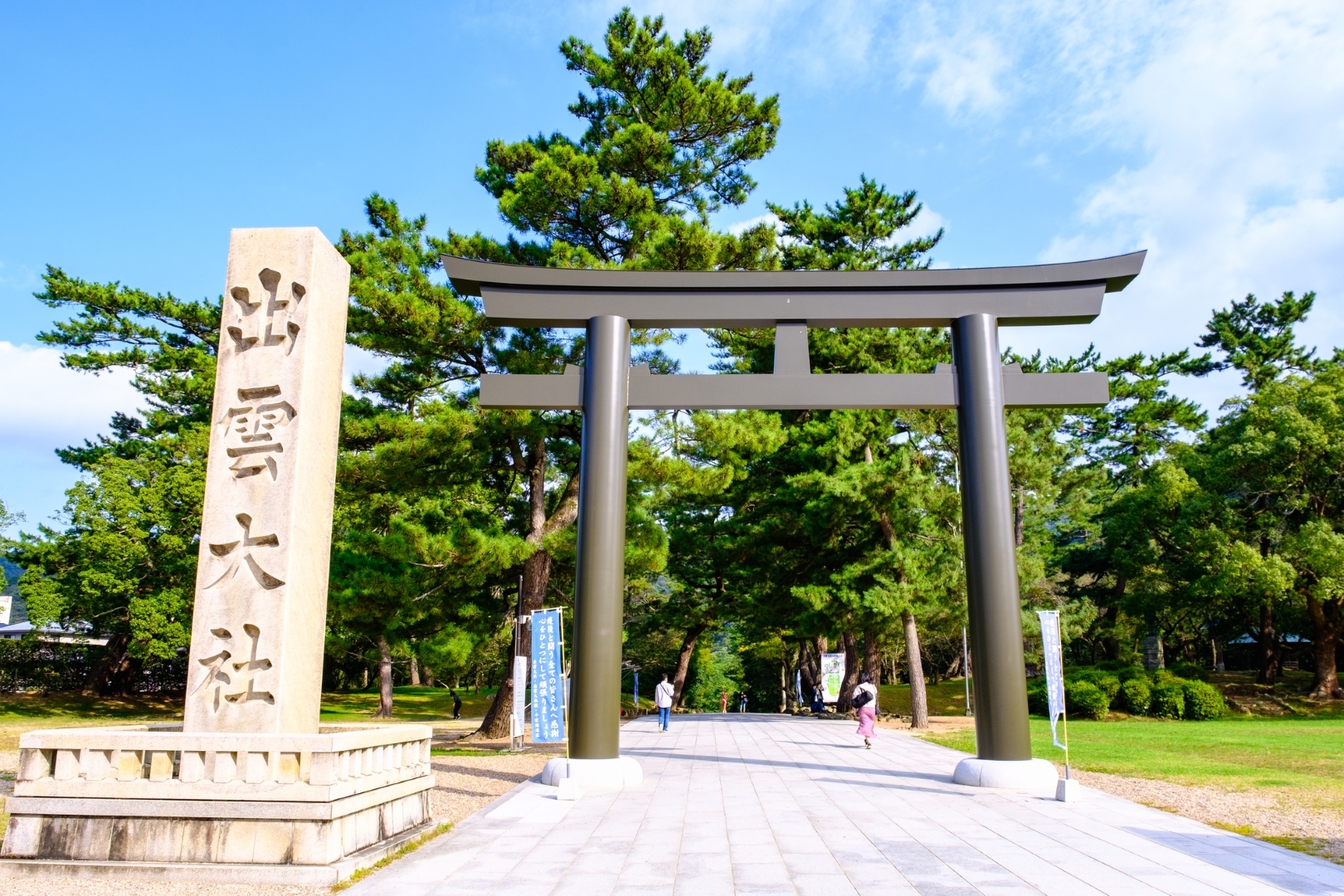 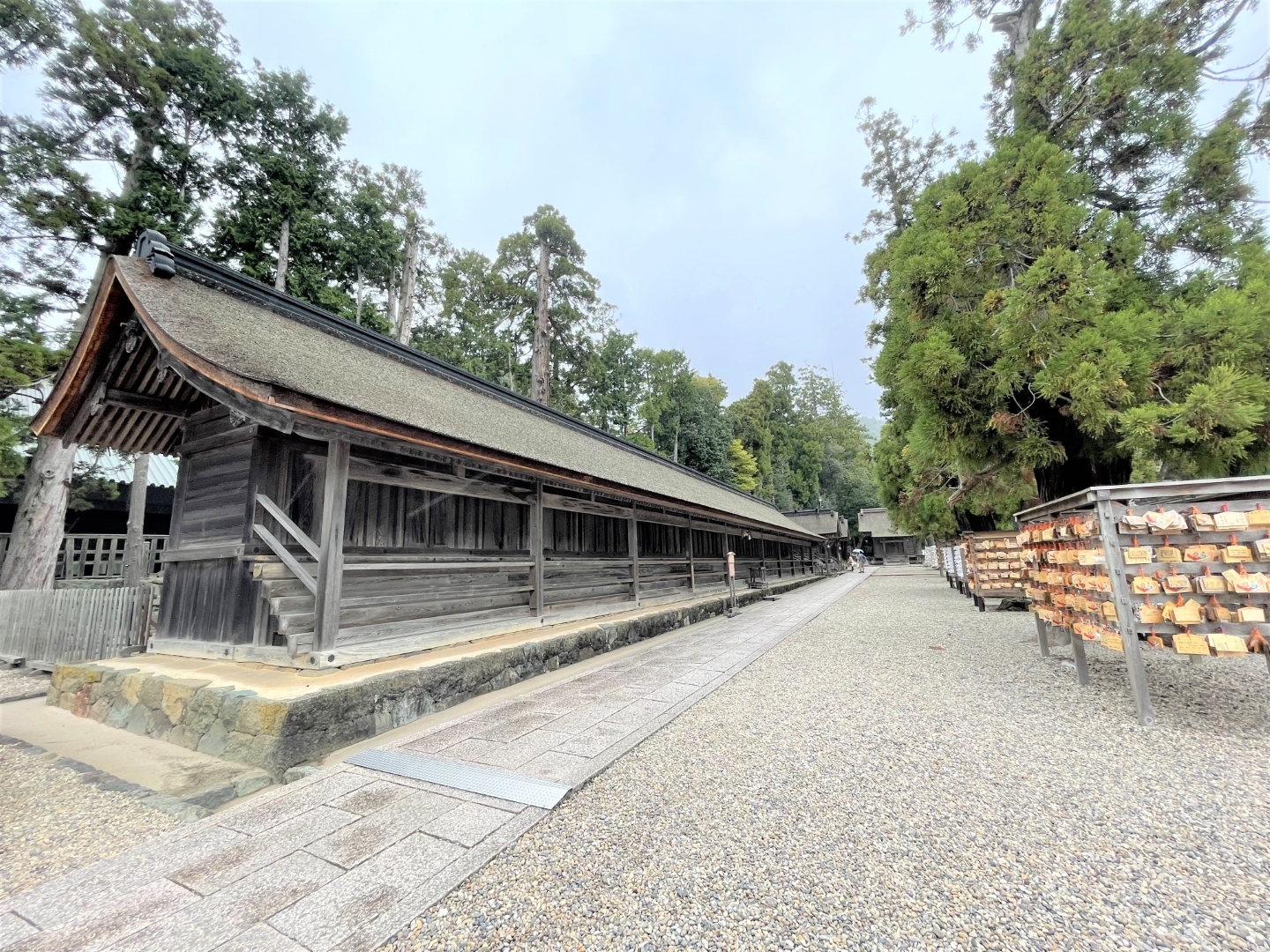 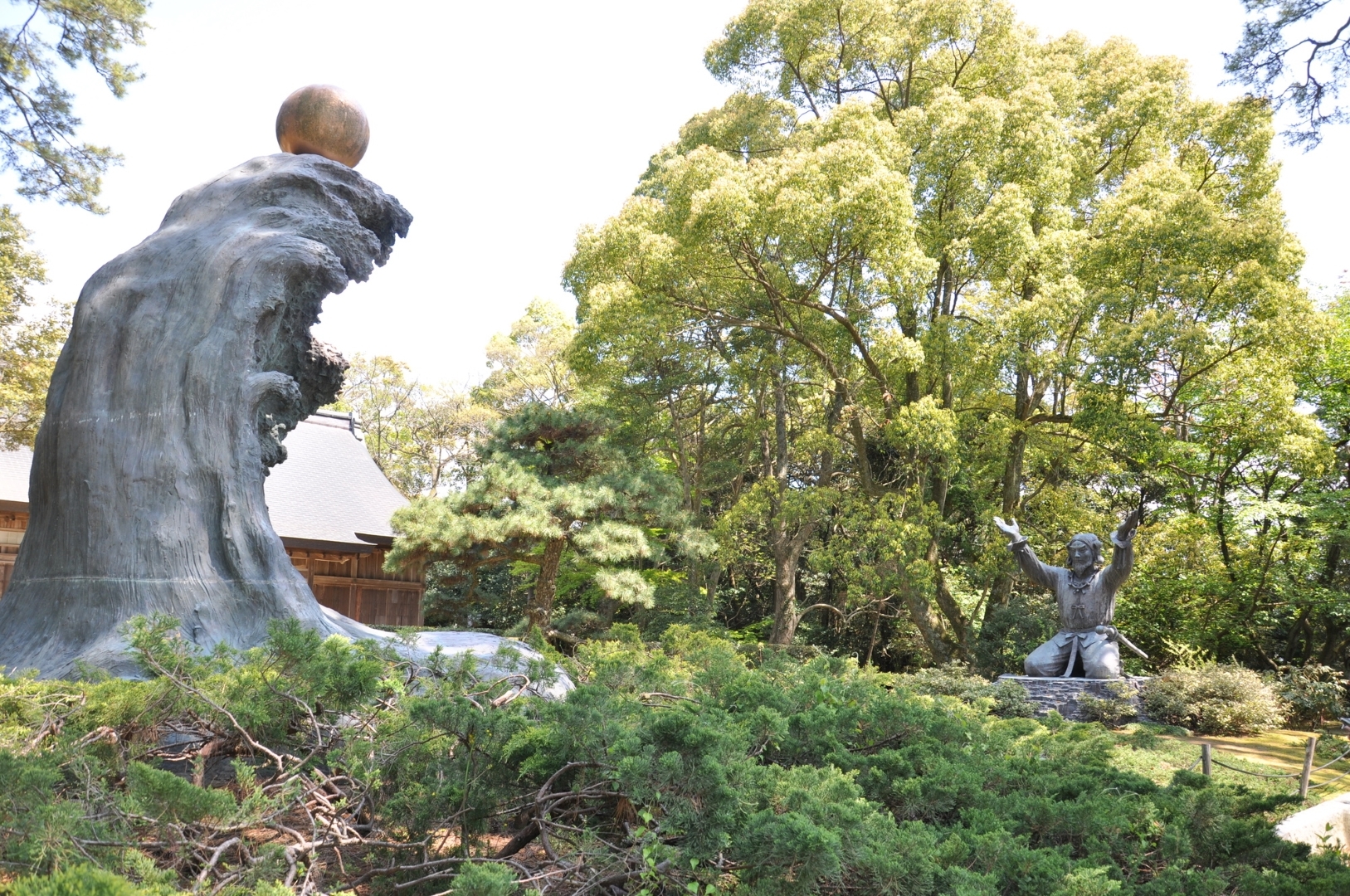 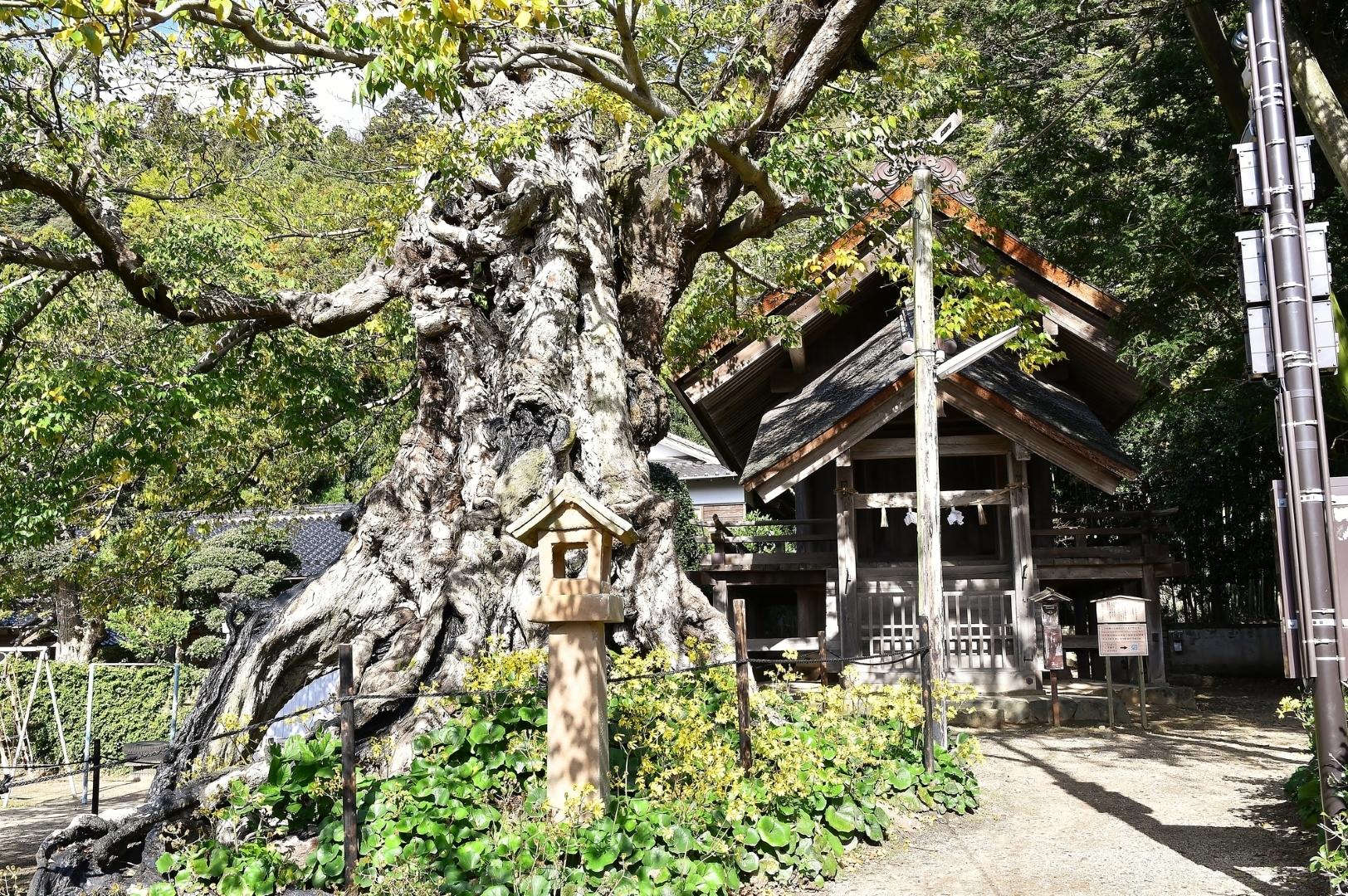 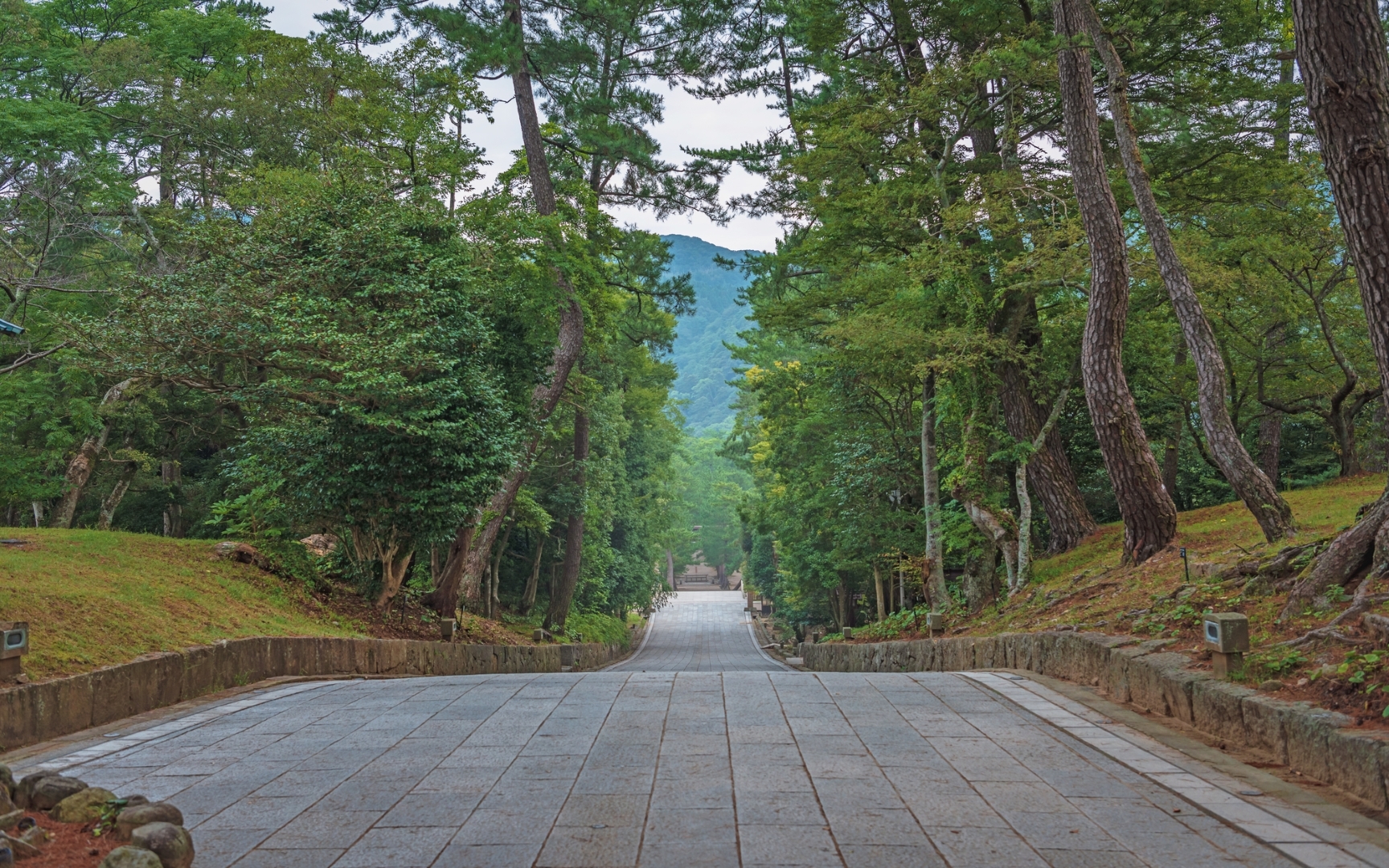 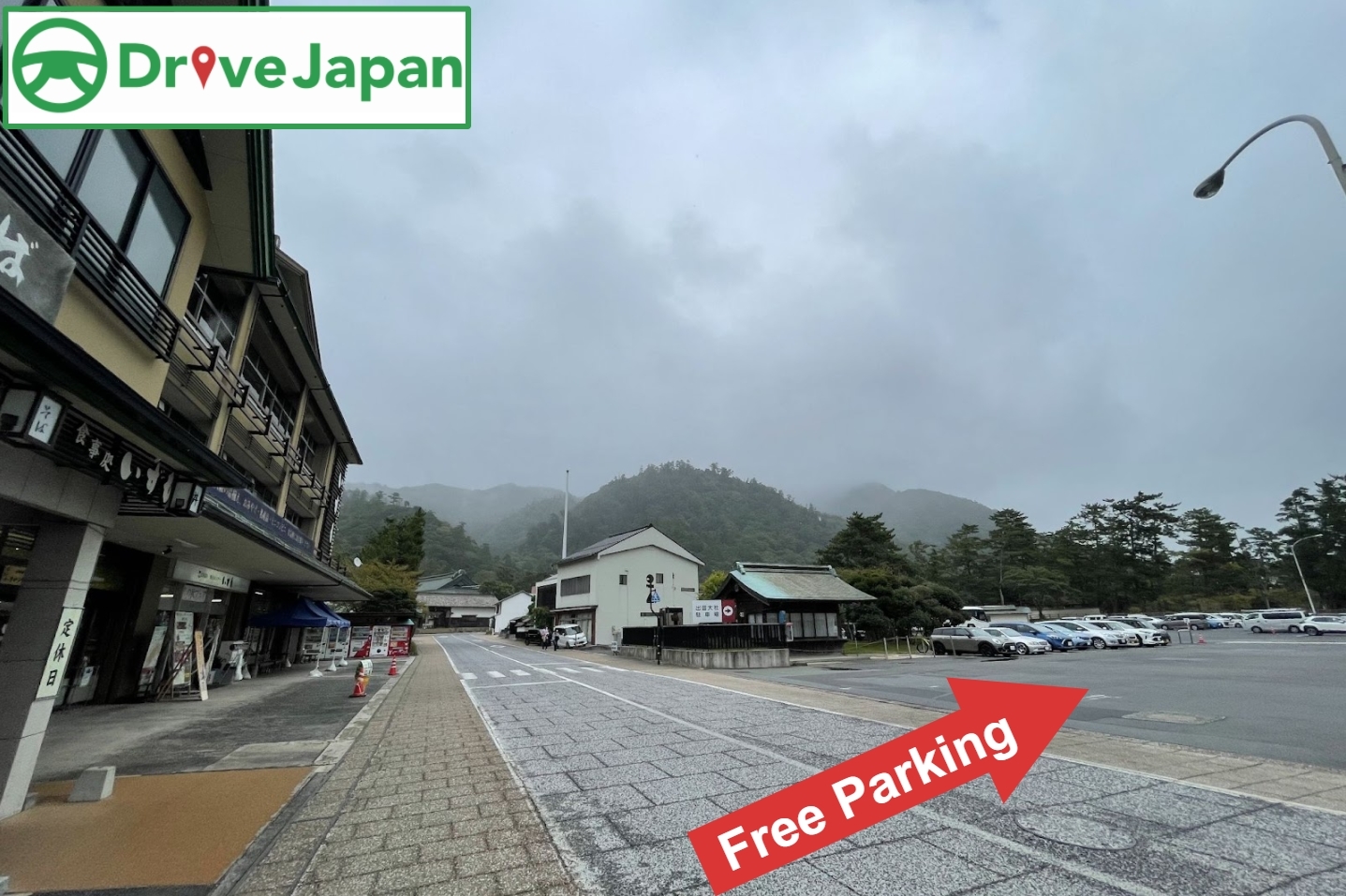 Izumo Taisha is built like a symbol in the land of Izumo, which is called the land of the gods. A temple with a history of thousands of years. Izumo Taisha is the most famous shrine in Japan, along with Ise Jingu. According to the unique folklore, the myriad of gods around Japan all gather to this shrine to conduct meetings once a year. Famous as the god of marriage and the god of good fortune. This month is called Kan-na-dzuki (the month without gods) in Japan, except for Izumo where it's called Kami-ari-dzuki (the month with gods). There is no record giving the date of establishment. The shrine is tied to an ancient myth called "The Hare of Inaba." The myth recounts how the Shinto divinity, Okuninushi, helped a hare that had tricked a group of sharks in order to be able to cross the sea without swimming. The hare's trick was discovered and the sharks ripped its skin off. Okuninushi was on his way to meet the beautiful princess Yakami in the Inaba Province when he stopped to help the hare, and even though this made him arrive late, he was able to marry the princess in the end. Praying at this shrine is unique because instead of doing two salutes two clap hands a salute like at other shrines, here you will do two salutes four clap hands a salute.