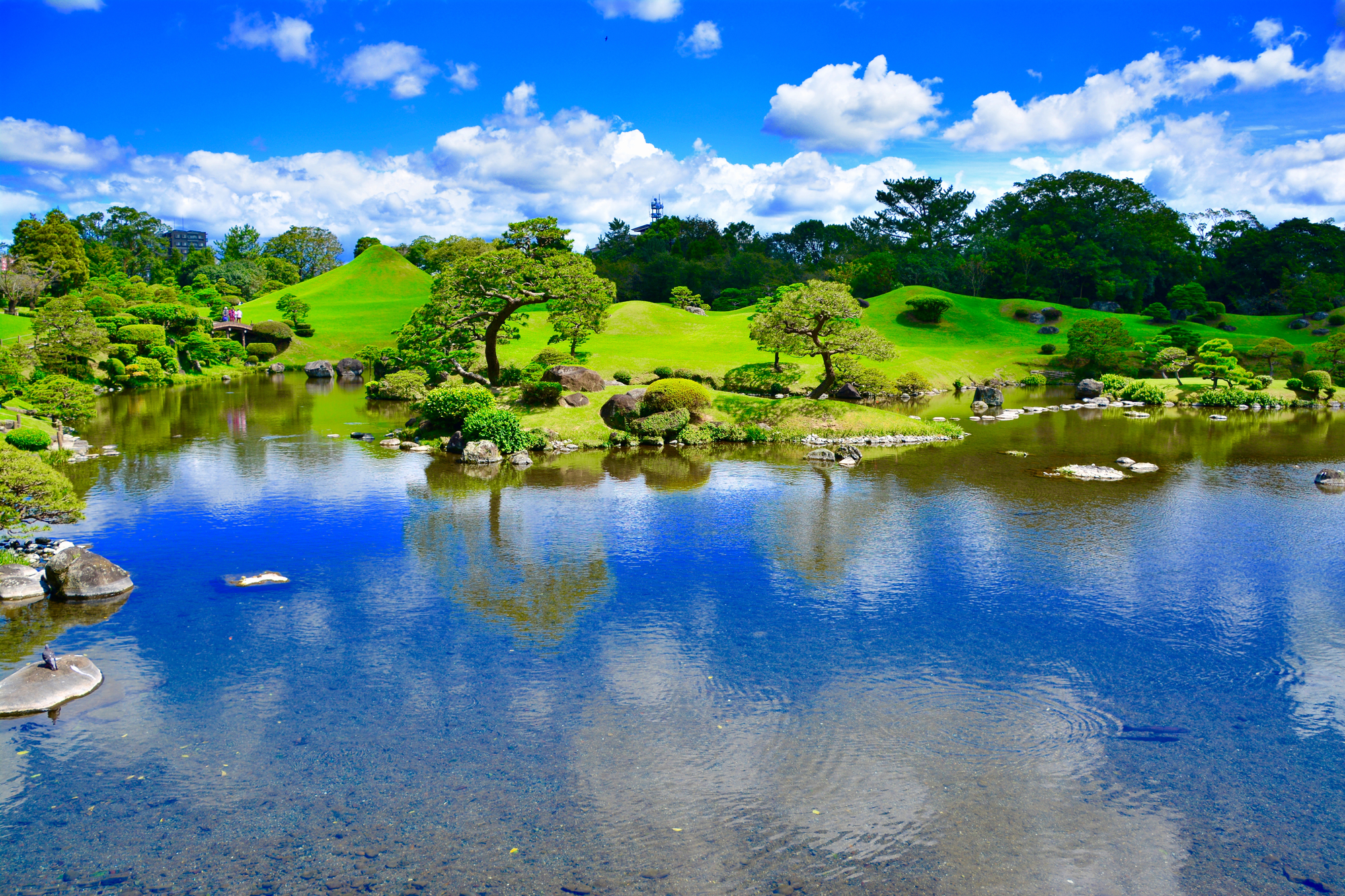 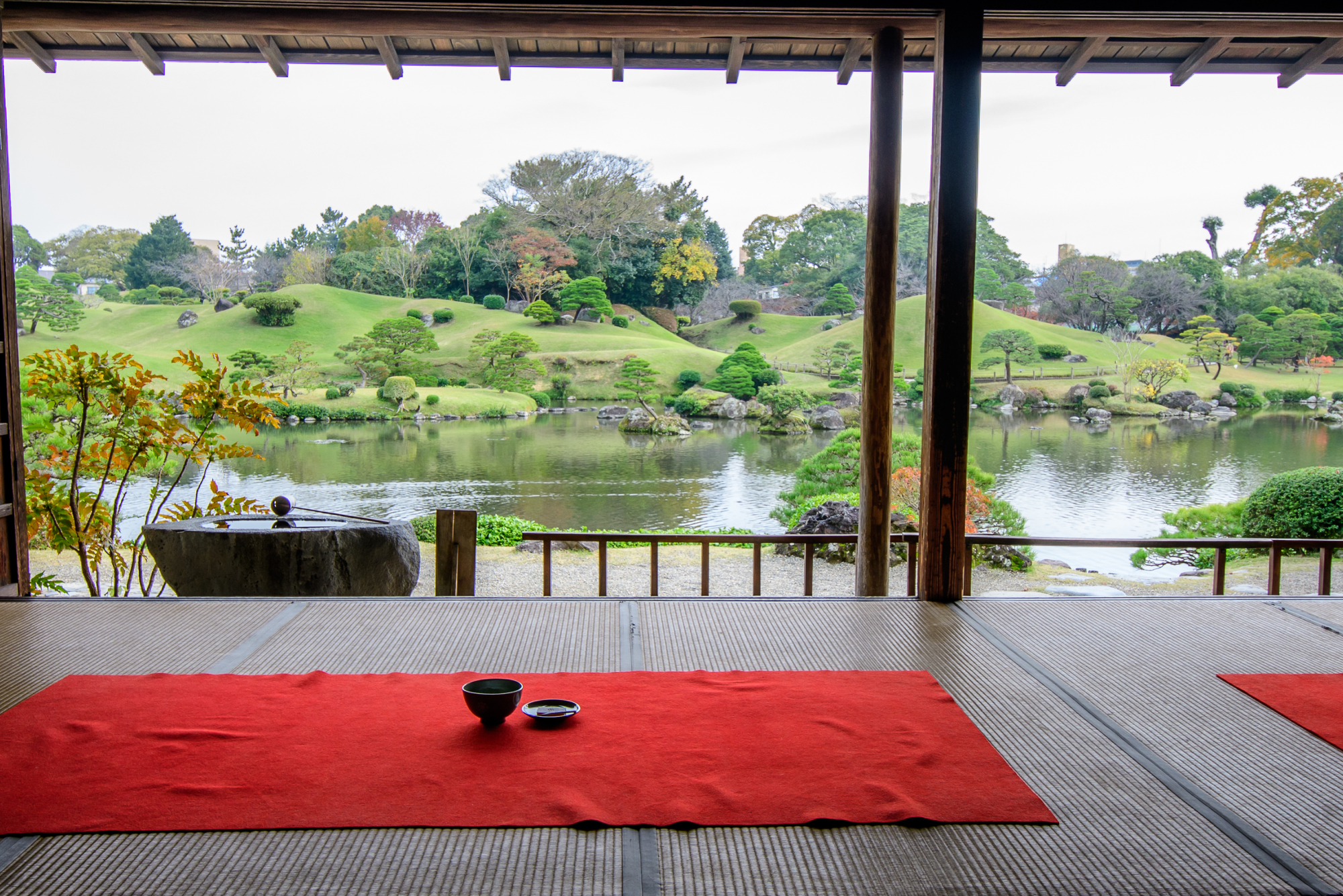 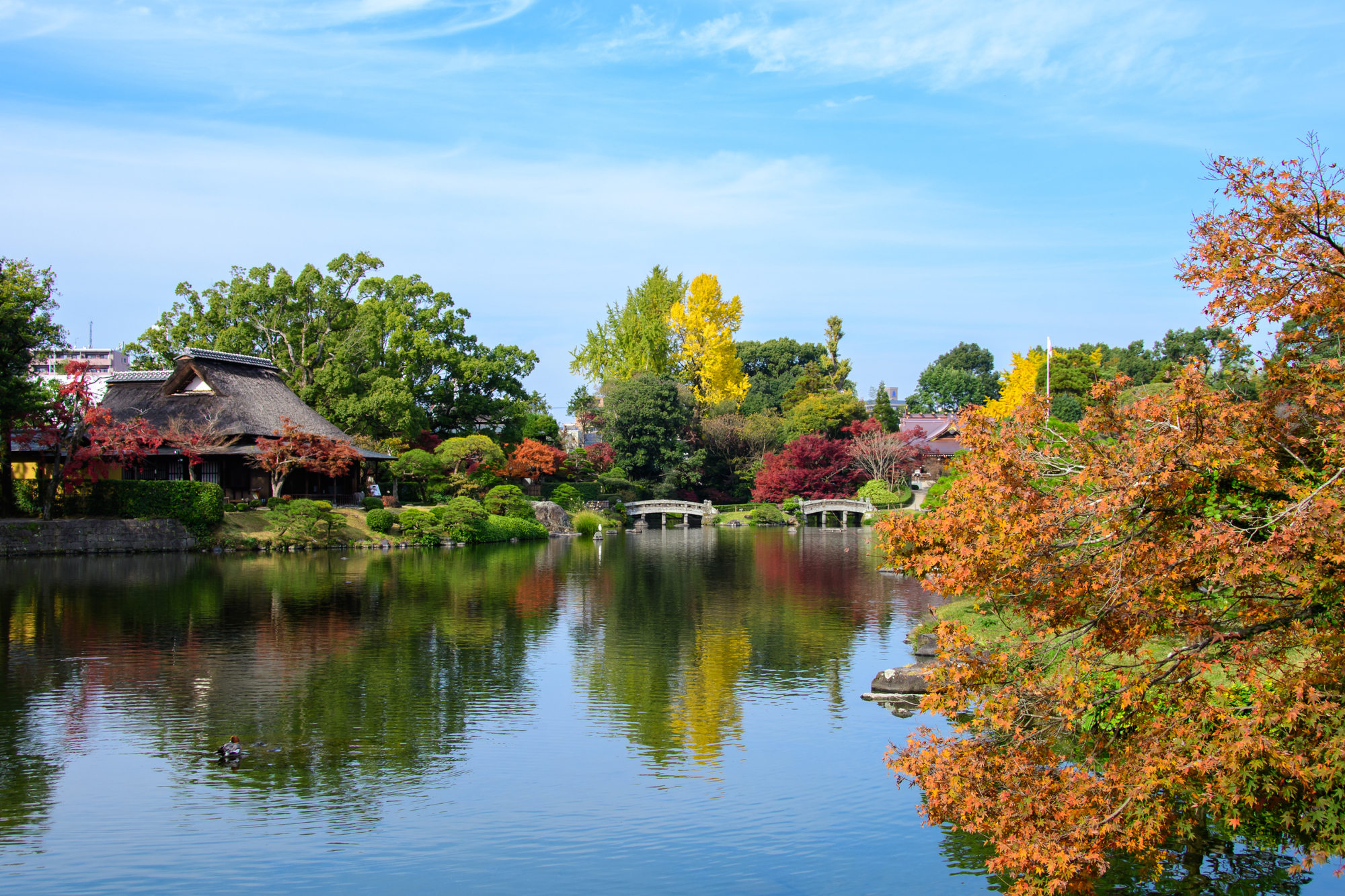 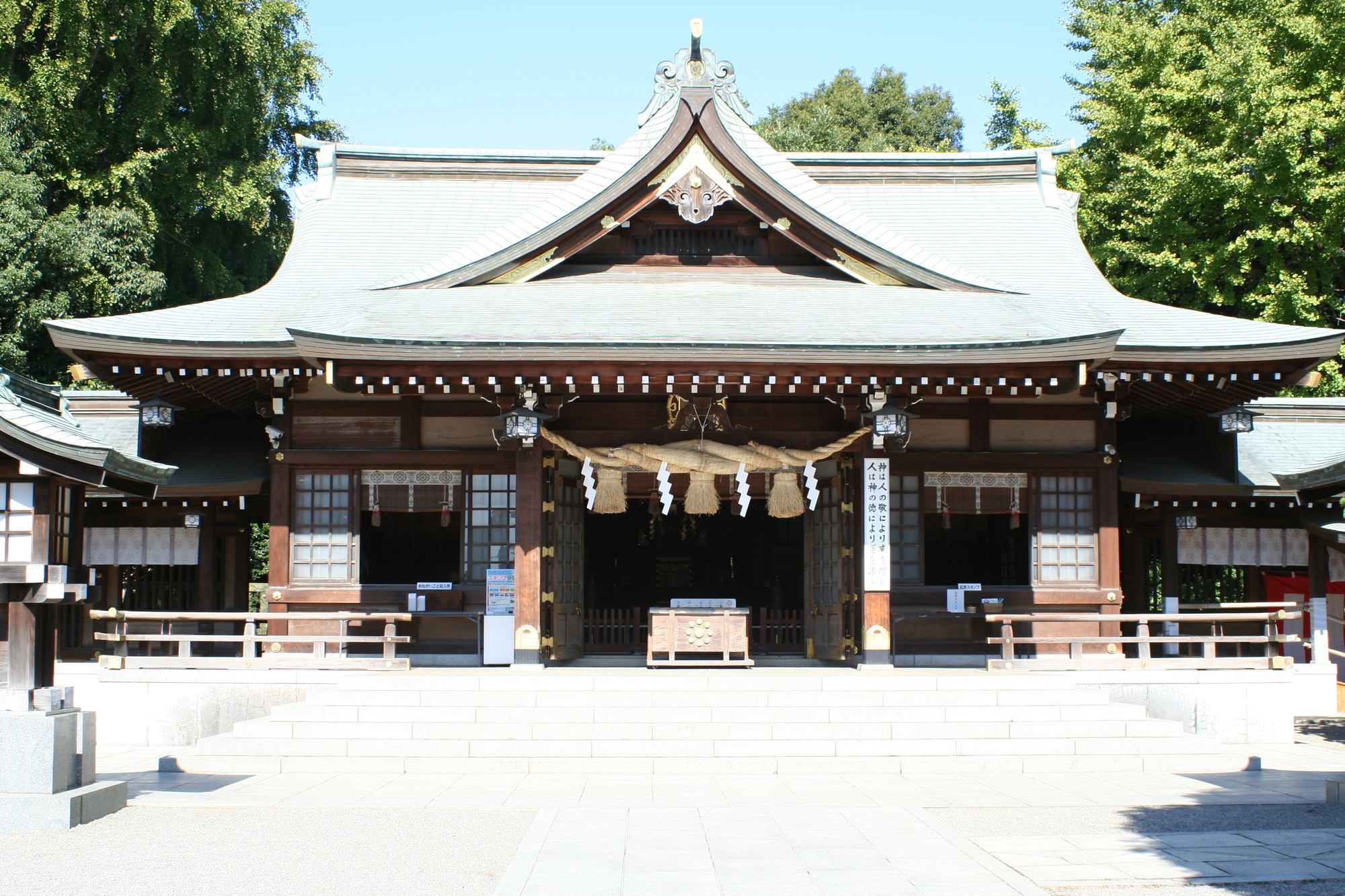 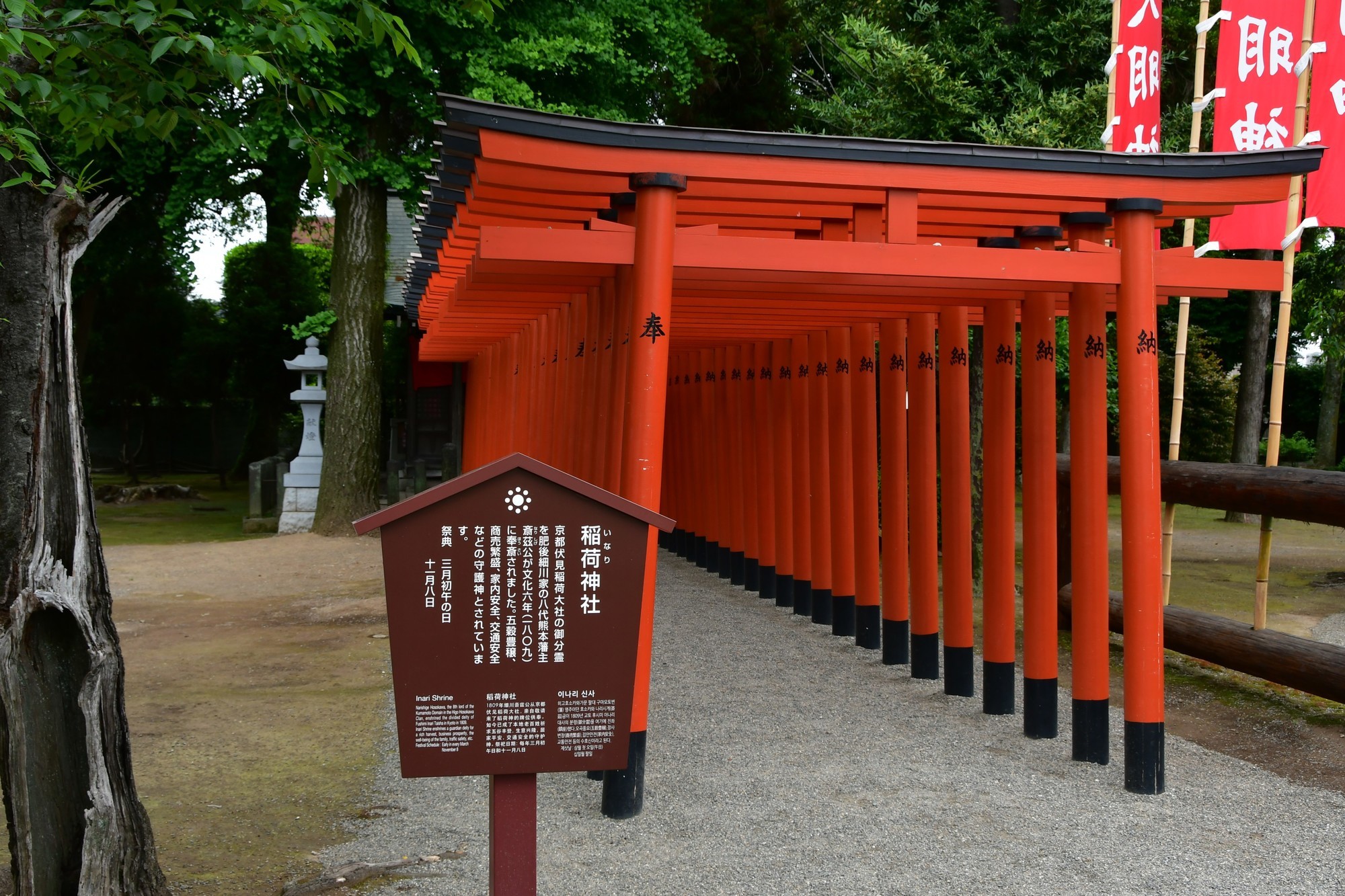 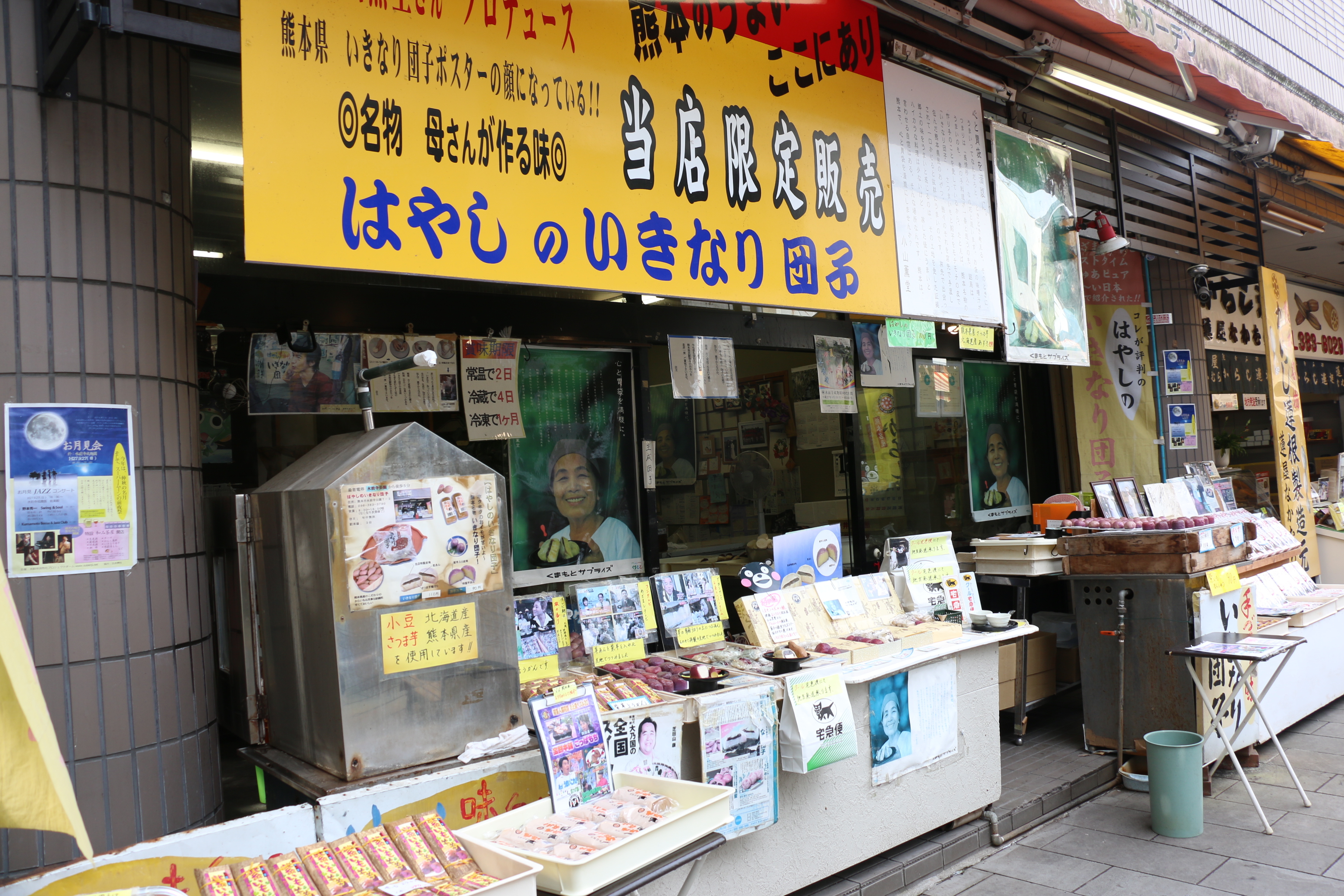 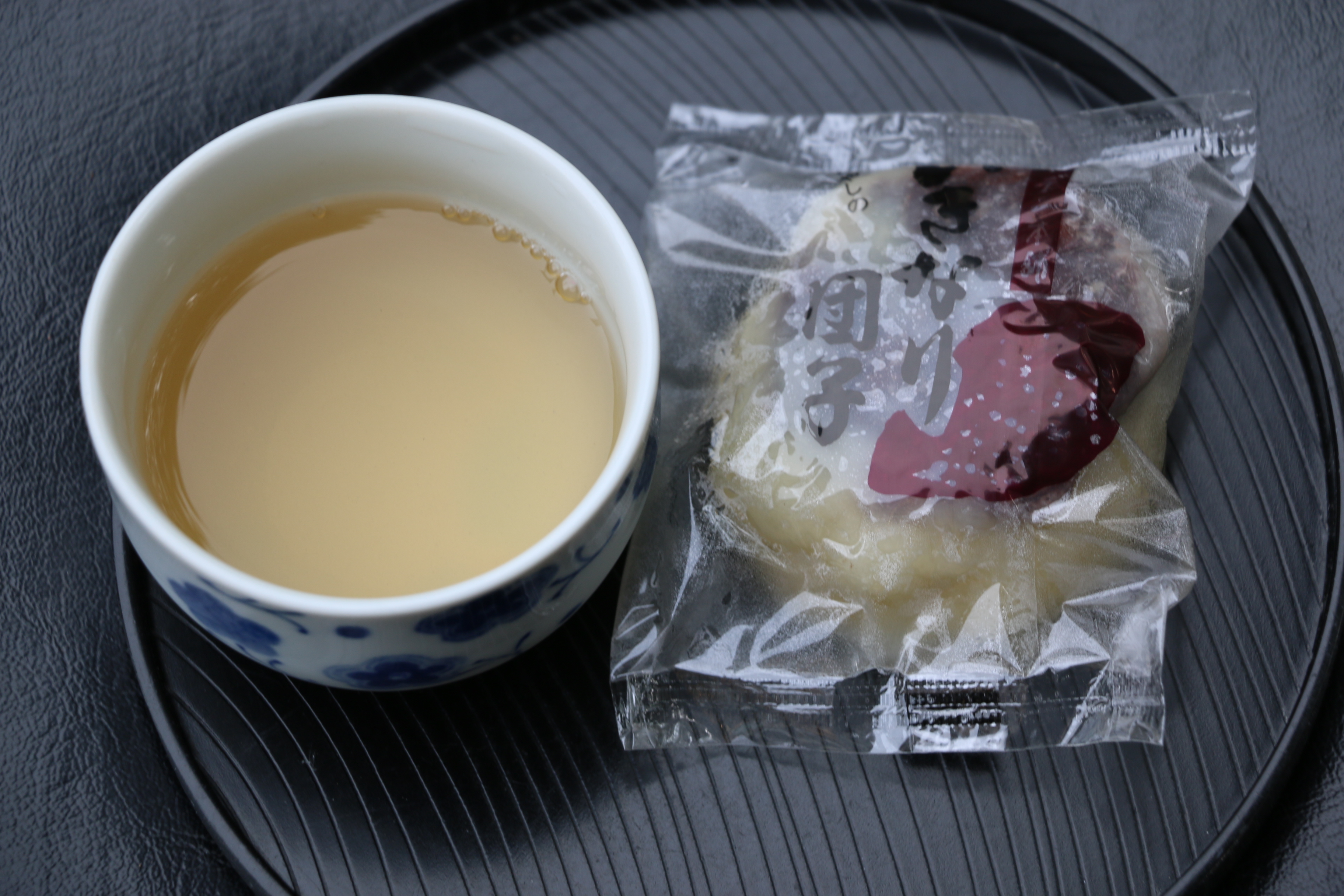 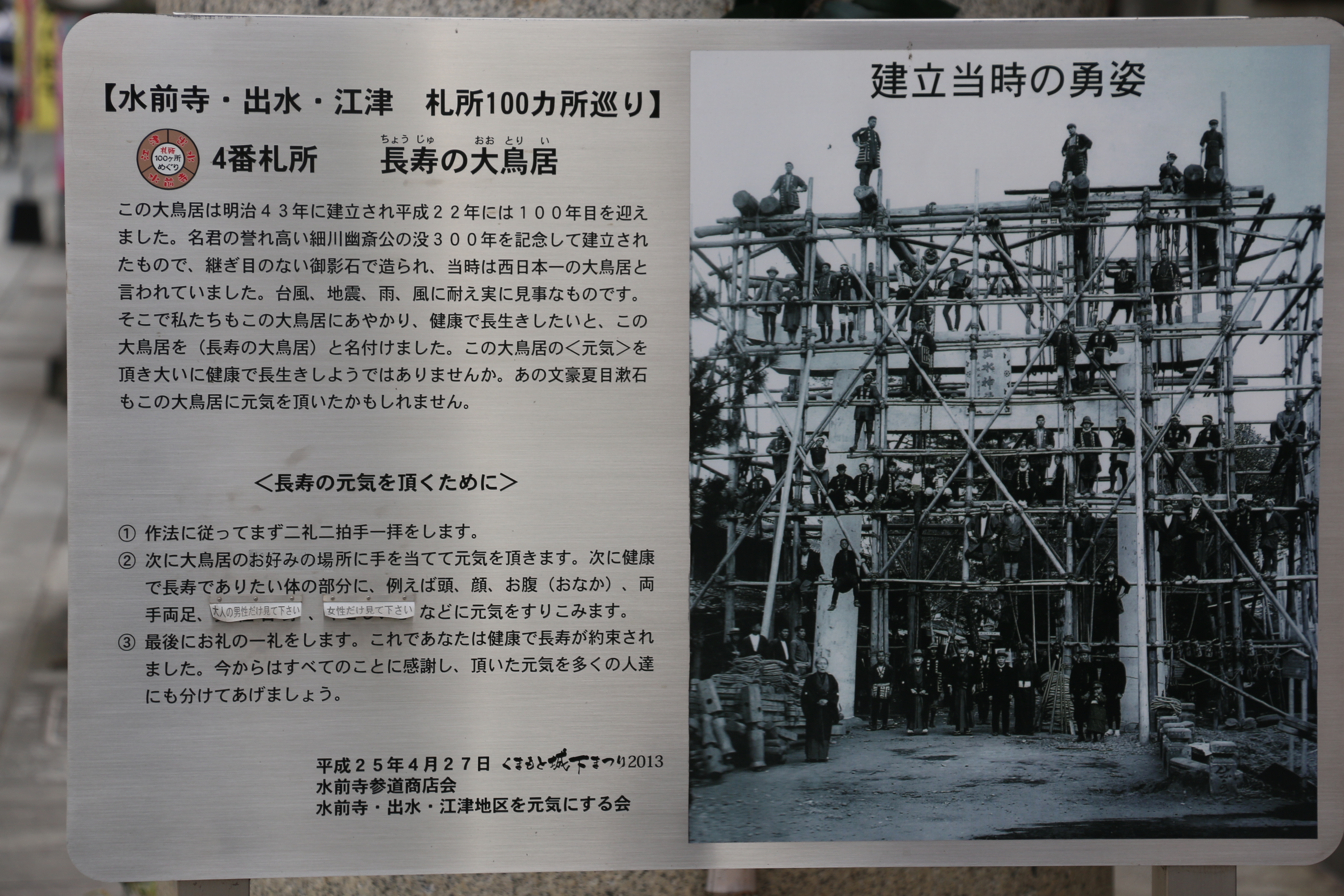 Suizenji Jojuen Park is a traditional Japanese garden landscaped around a natural spring pond. The placement of the pond, trees, and hills were supposedly meant to represent parts of the 53 stations of the Tokaido(東海道), a famous route that ran from Edo(江戸) (the old name of Tokyo) to Kyoto(京都), and also includes a miniature Mt. Fuji(富士山). A must-see spot in Kumamoto, this park is one of the most beautiful places in southern Japan. Not to be missed is the Kokin-Denju-no-Ma teahouse located inside the park that was brought from Kyoto is 1912. Here you can make and enjoy traditionally prepared Japanese tea. On the north side of the park, you can also find Izumi Shrine(出水神社). Tea prices range from 400 to 1000 yen

Advice: This park is also home to a numerous amount of cherry blossom trees, so is best viewed during March to April. For landmarks, the park is approximately a ten minute walk from Shin-Suizenji station. Open from 8:30 t0 17:00