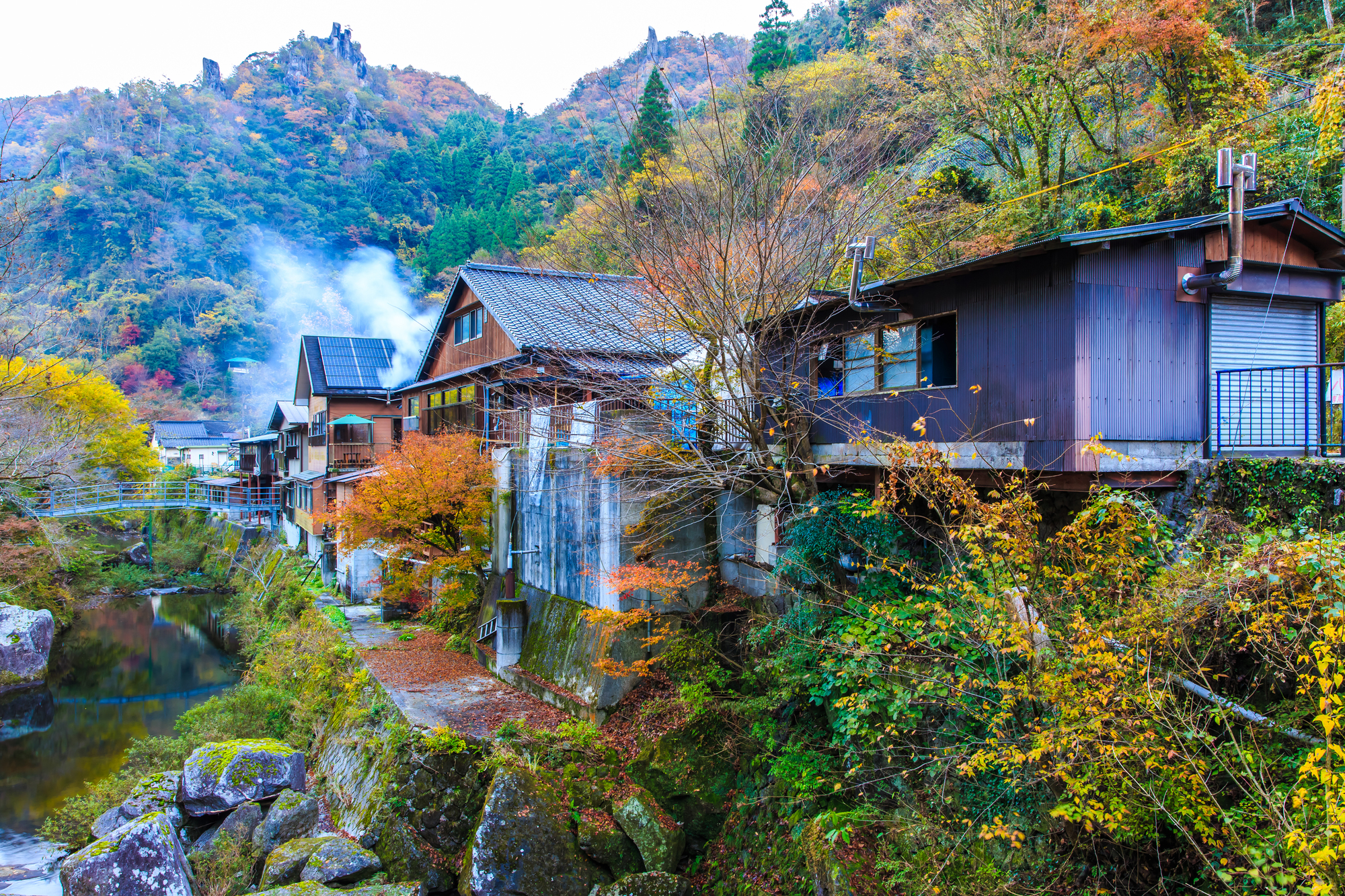 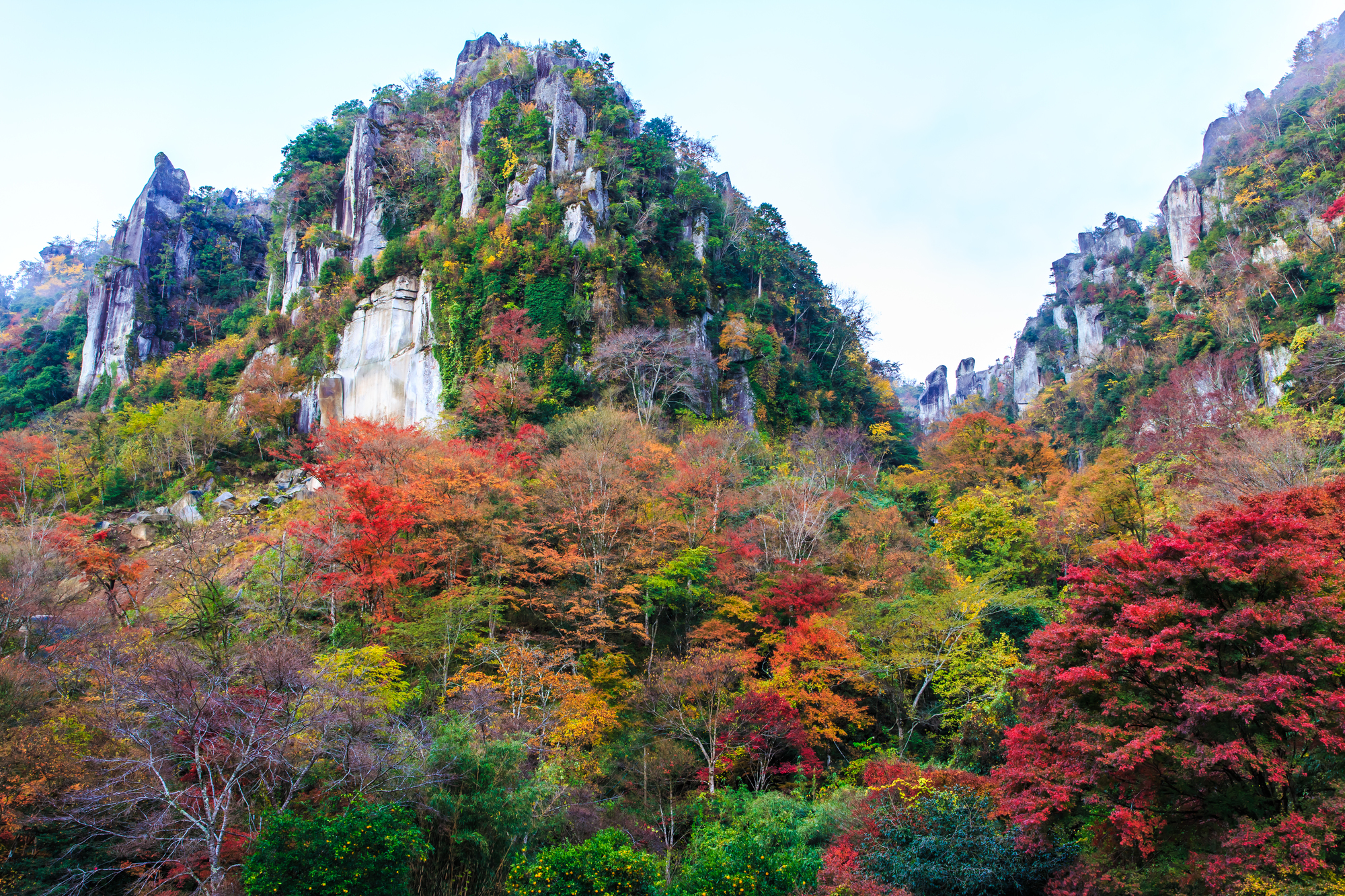 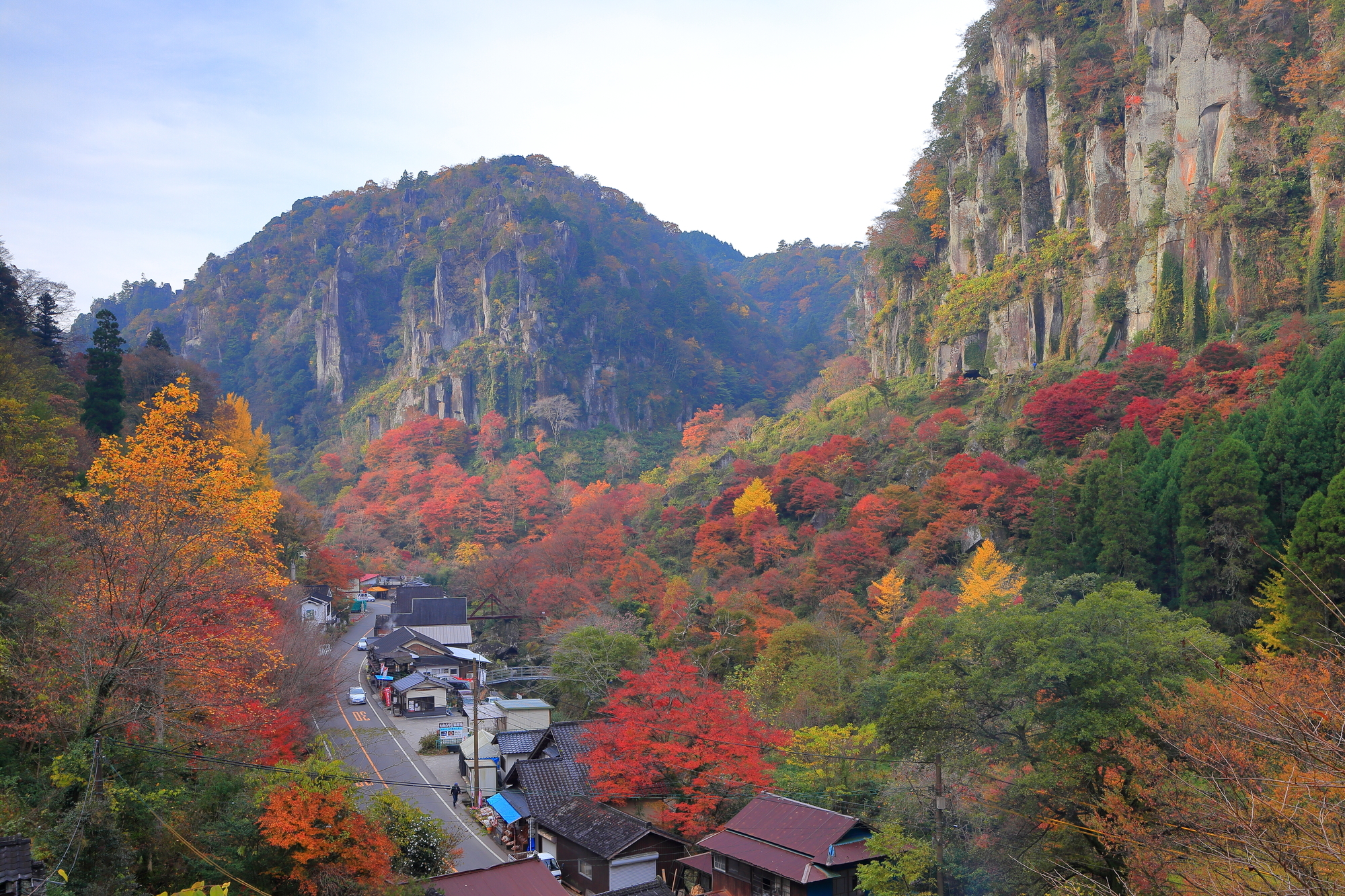 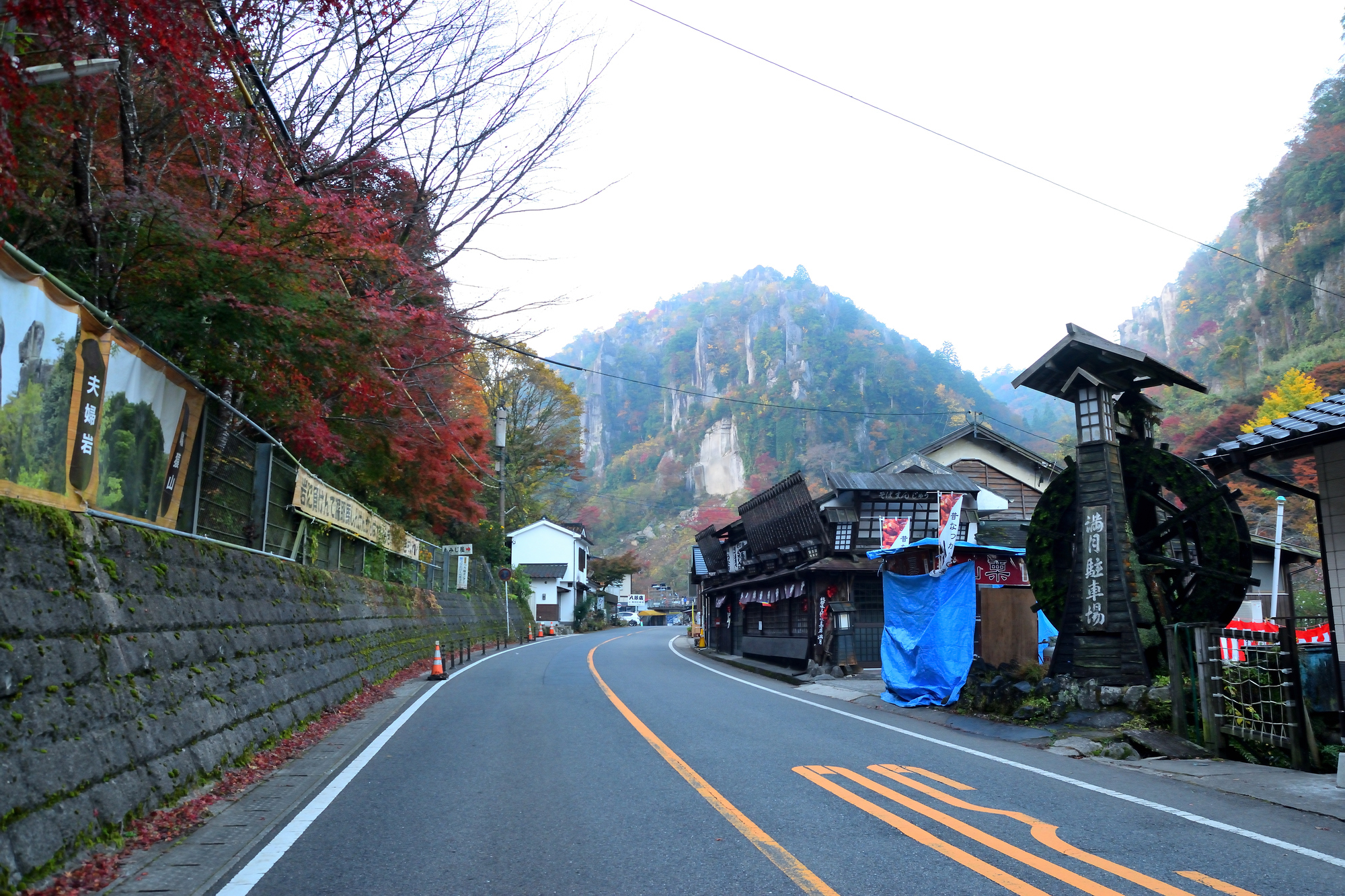 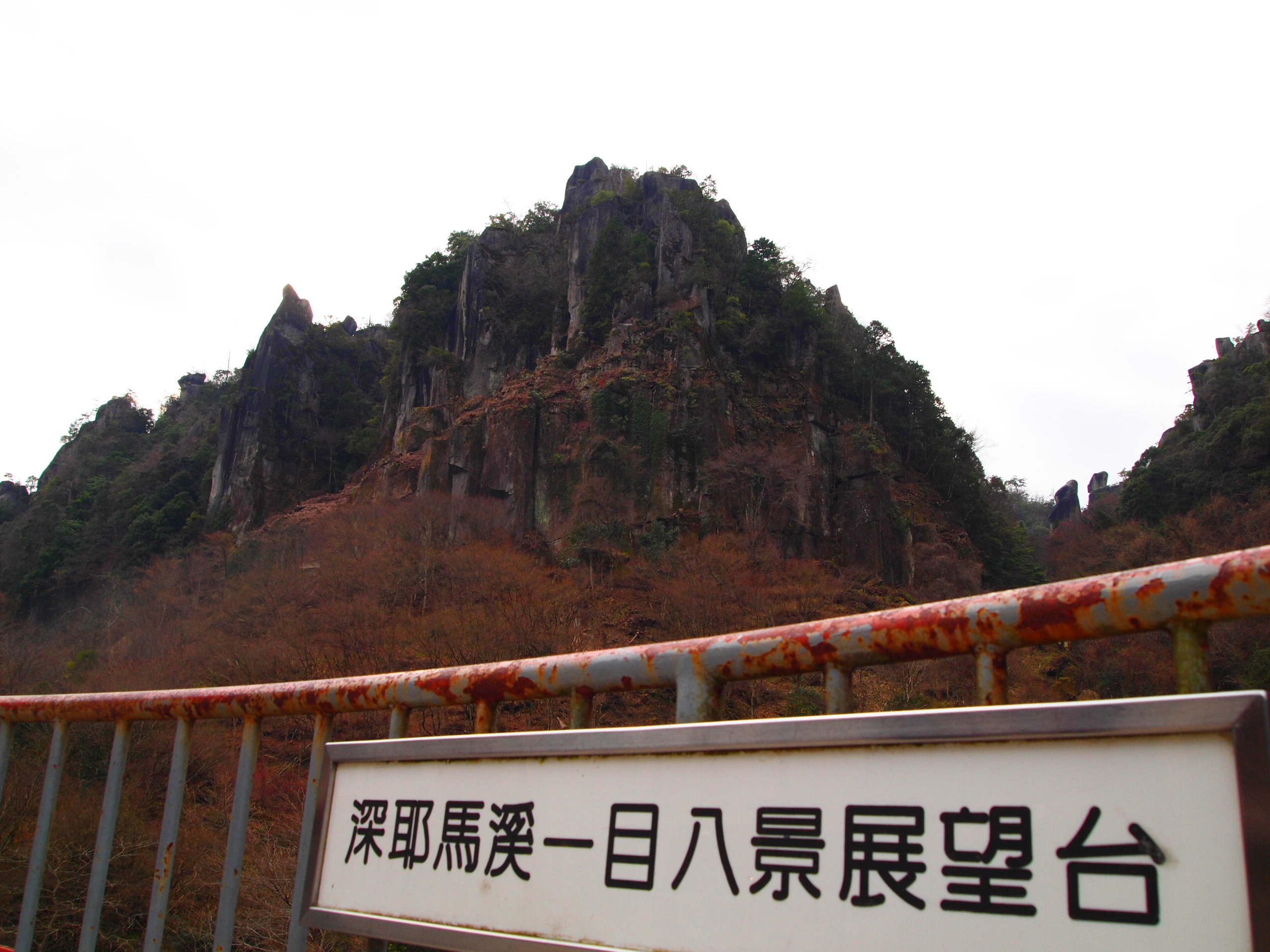 This is a rather hidden observatory point that offers one of the best views in Kyushu in autumn when the maples are turning red. The route to reach this place has the shape of a snake, surrounded by magnificent gorges along the Yamautsuri River. You will be amazed by this unique landscape in the middle of the gorge where the wooded and rocked cliffs follow one another. Driving on this zig-zagging road will finally bring you to some traditional restaurants and a small parking. In the middle of the houses you will easily recognize the observatory point.

Advice:
-This place mainly offers a spectacular view in November, that’s why we ranked it with a strong 4 stars for this period. However, due to its success, it is also the busiest month of the year with recurrent traffic jams, specially during weekends.
-The parking is rather small but easy to find as there is only one road and is only a few meters away from the observation desk.