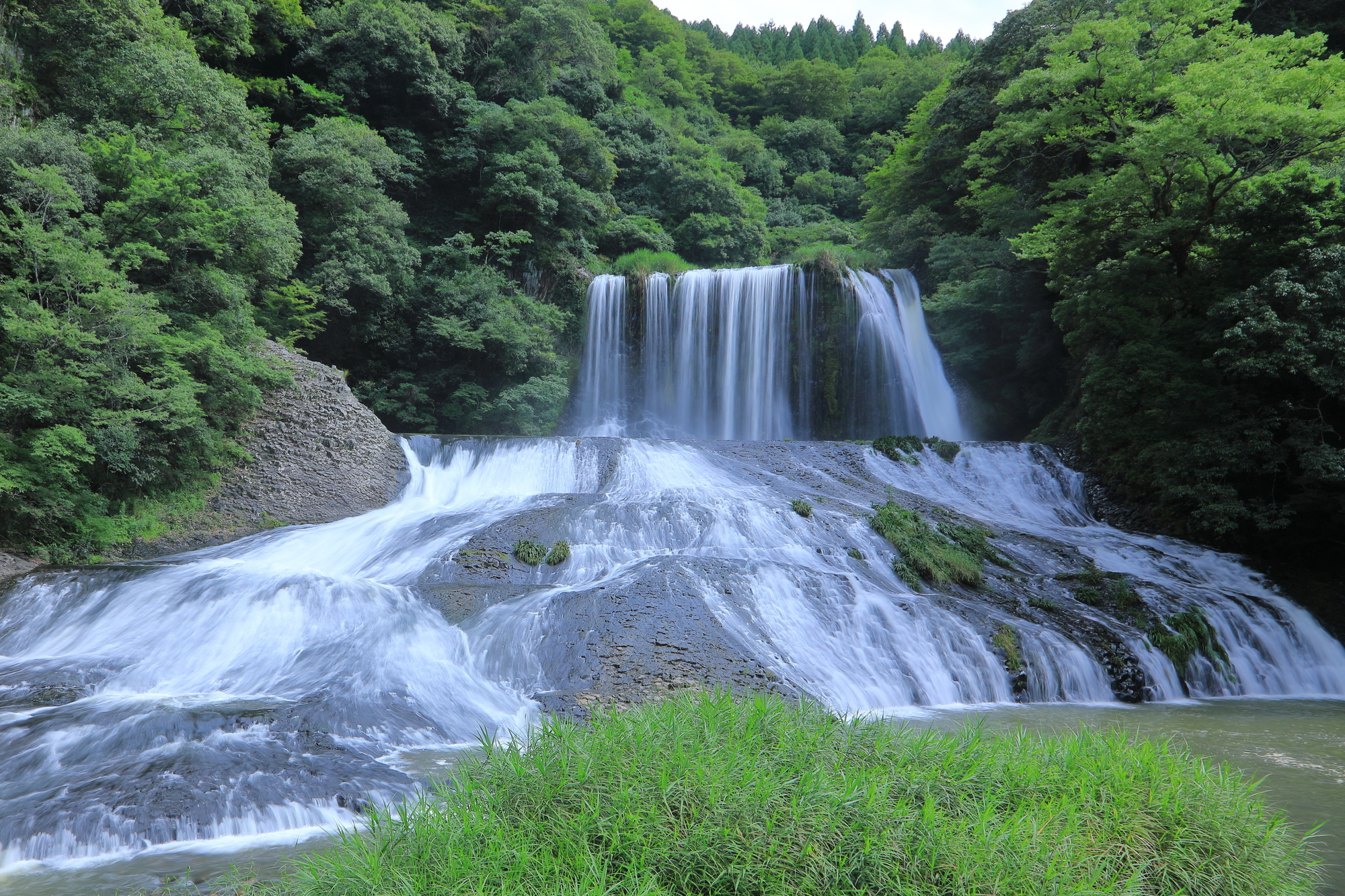 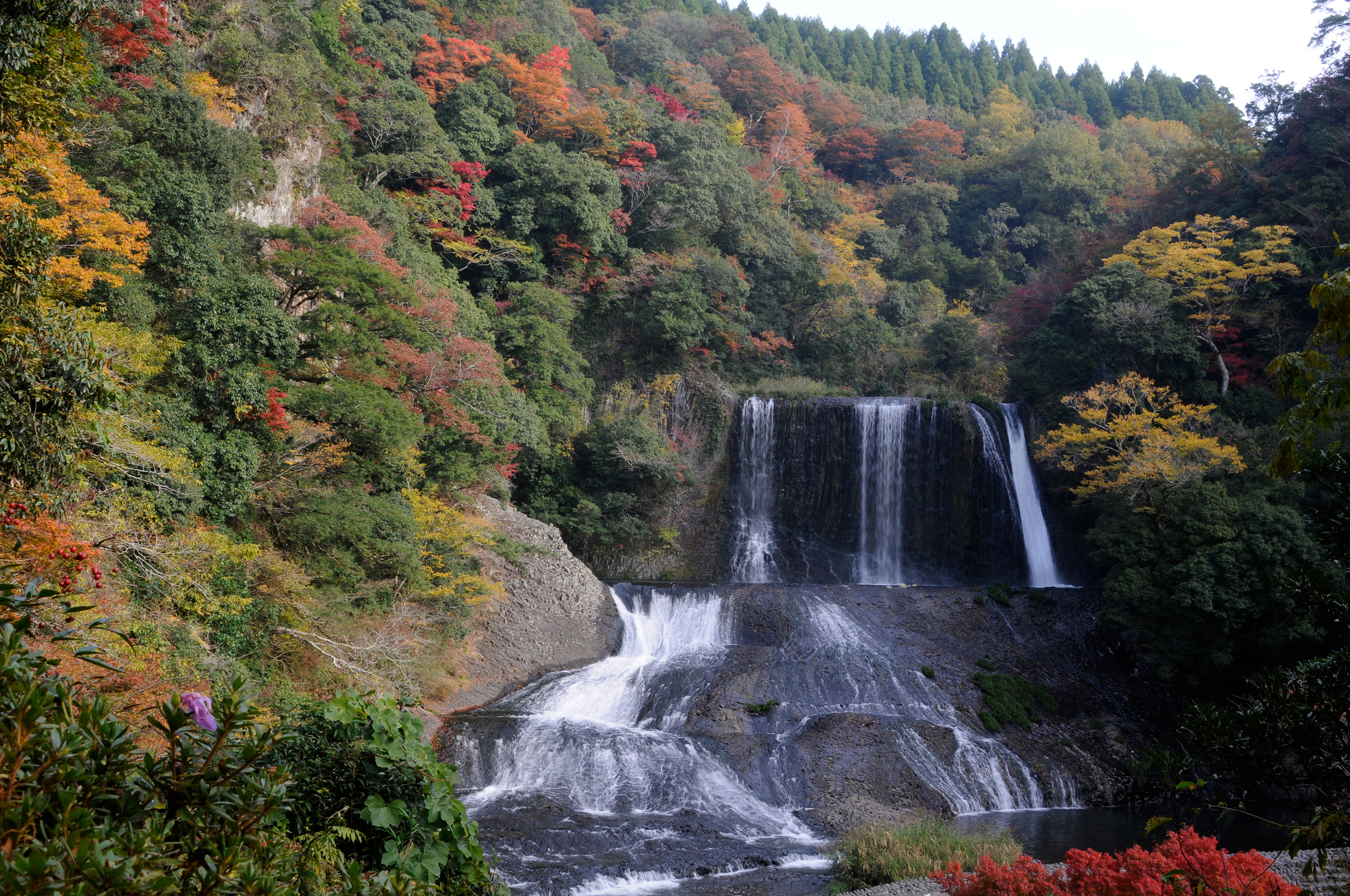 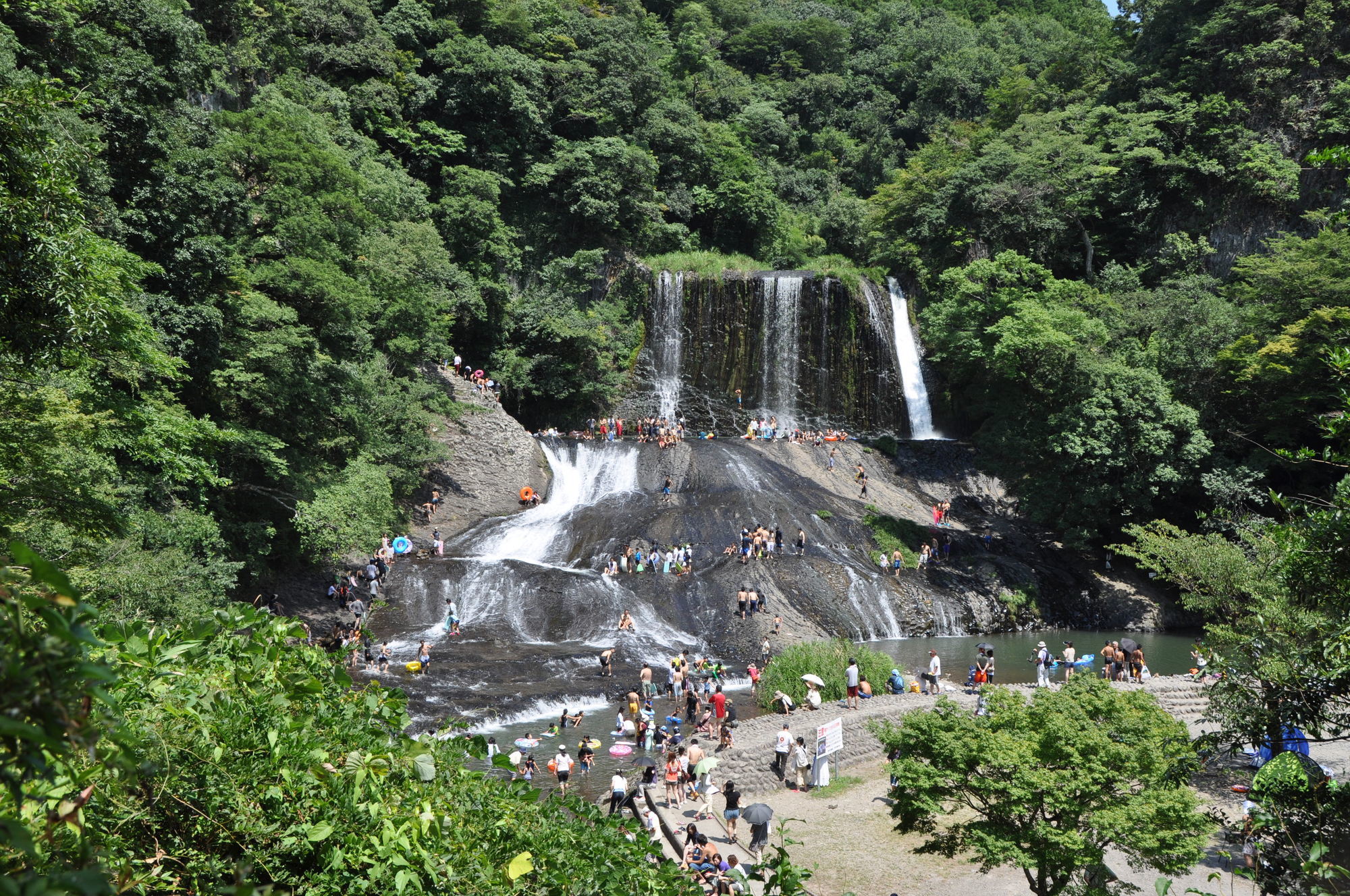 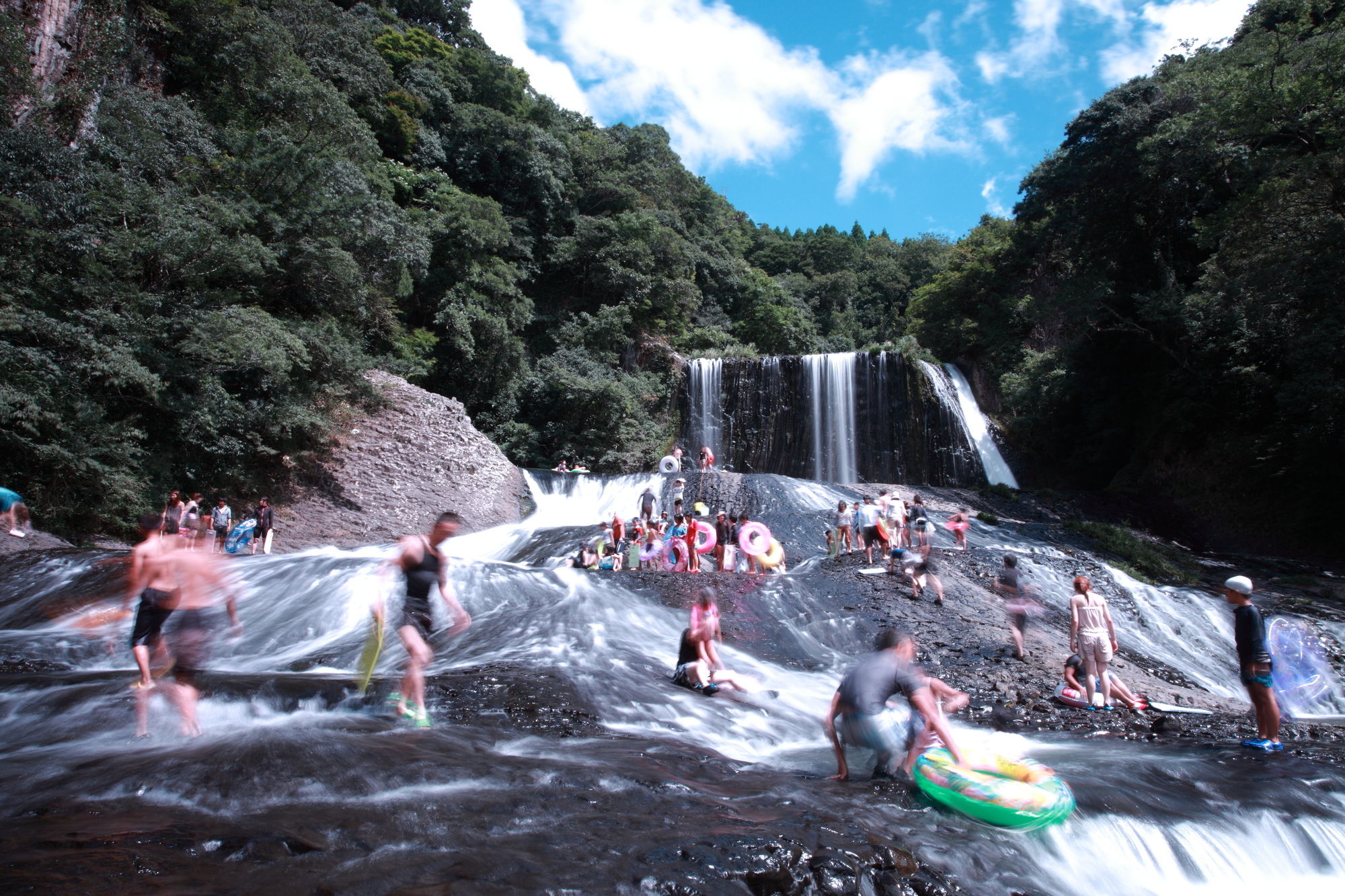 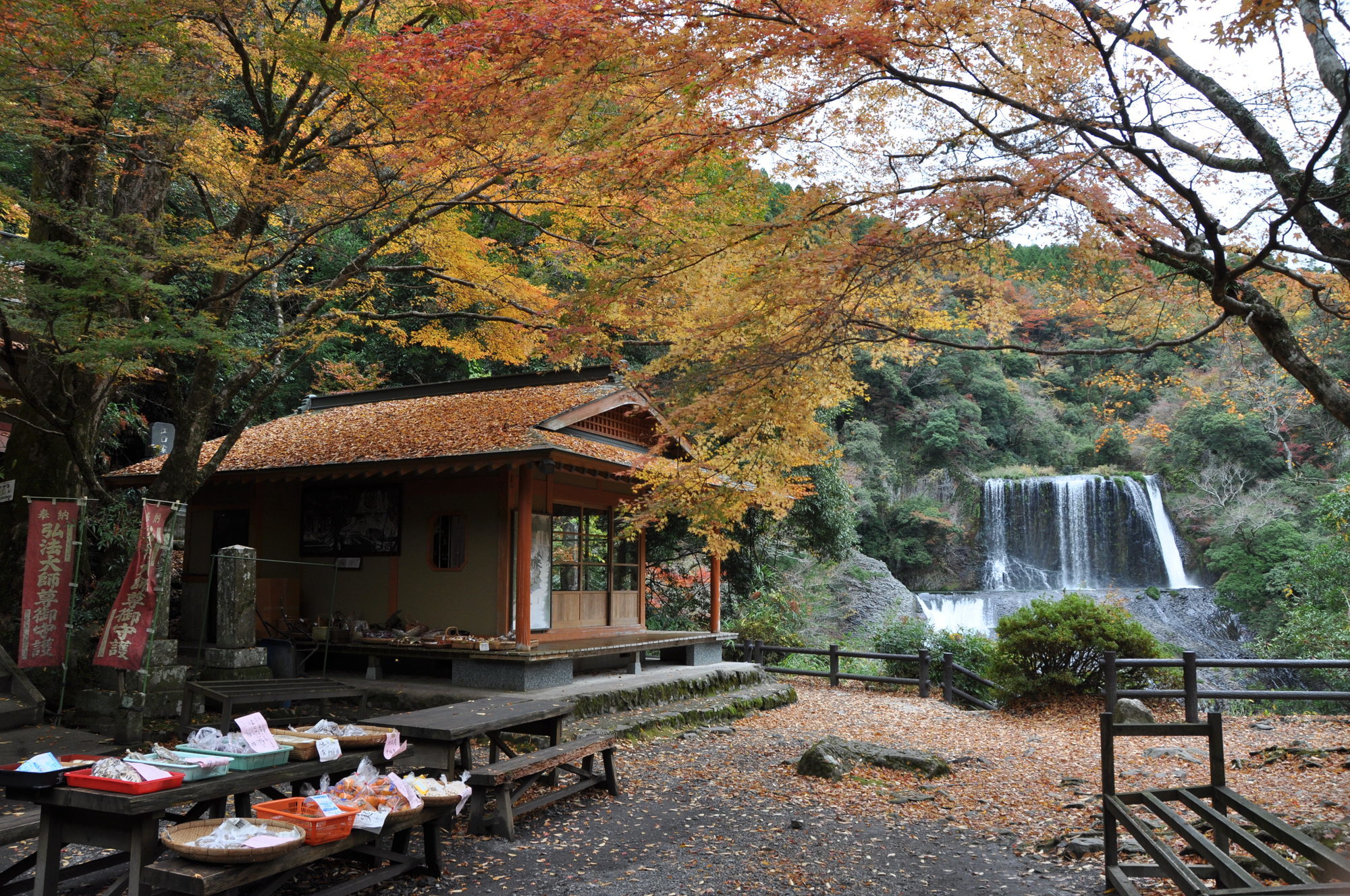 The Ryumon Falls are among the most delightful and appreciated ones in Kyushu, located in Kokonoe Town. They present the particularity to be two-tiered waterfalls of 40 meters wide with a drop of 20 meters. It is a fabulous spot, recognized by the national government.

In autumn the landscape offers an insight into the beauty of nature thanks to the red leaves on trees surrounding the waterfalls. During summertime, this magnificent location turns into a vivid and full of amusement spot as it is also famous for “taki-suberi”, a past-time where adults and children slide down the waterfall under the charming sound of laughs. This spot is crowded in summer but remains an agreeable place to spend a moment with family or friends.

Advice:
-The spot is mostly recommended in November to see the red leaves, or in summer to have fun.
-However, Safety first!
-Be aware that accidents are frequent, please be careful mainly if you go there with children be vigilant and keep an eye on them. The Ryumon Falls are far from big city, which represents a risk if something happen as ambulances can take a significant time to arrive and go to the closest hospital and there are no safeguards. Also take into consideration the language barrier which can be delicate in this kind of situation.