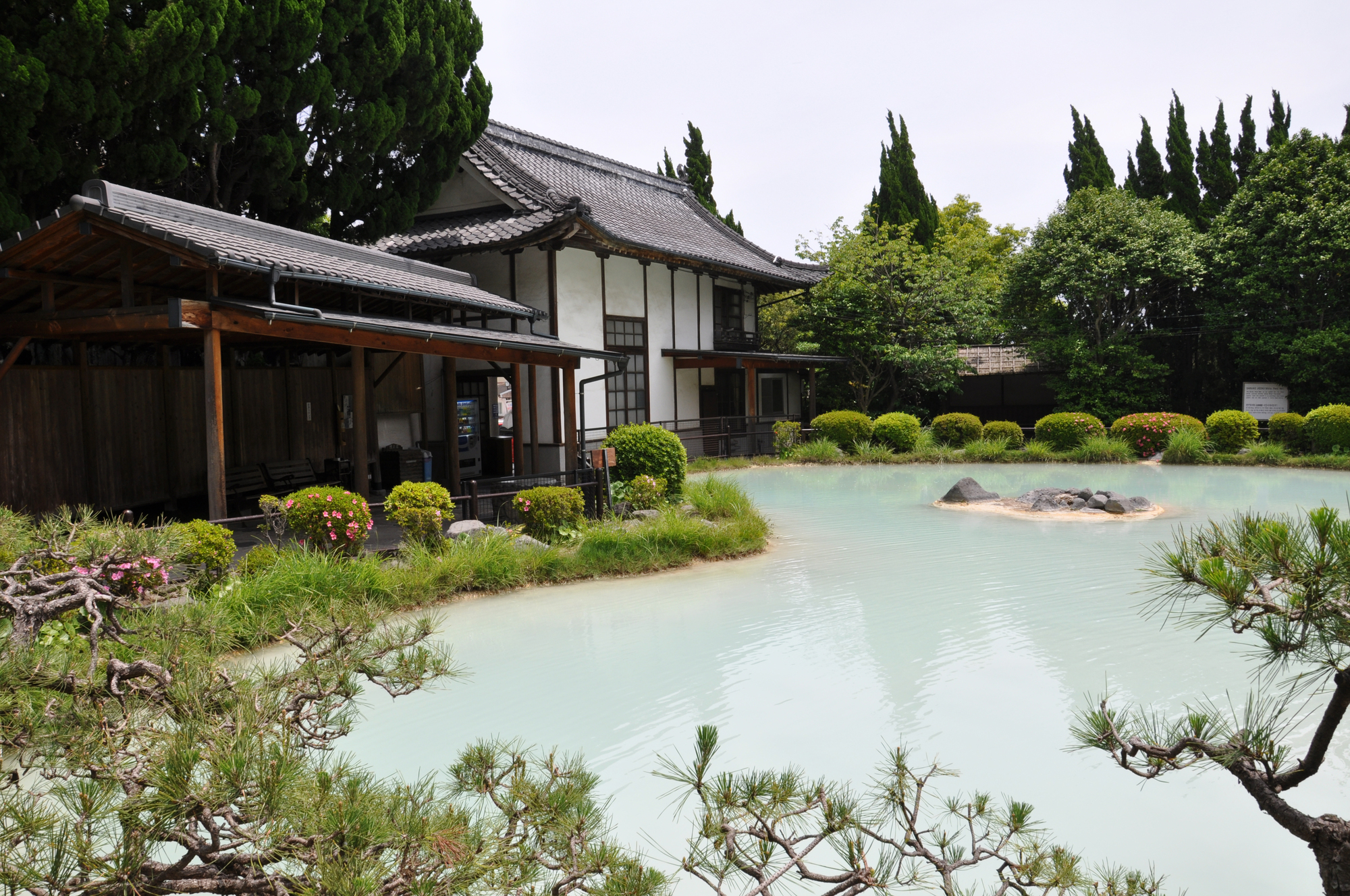 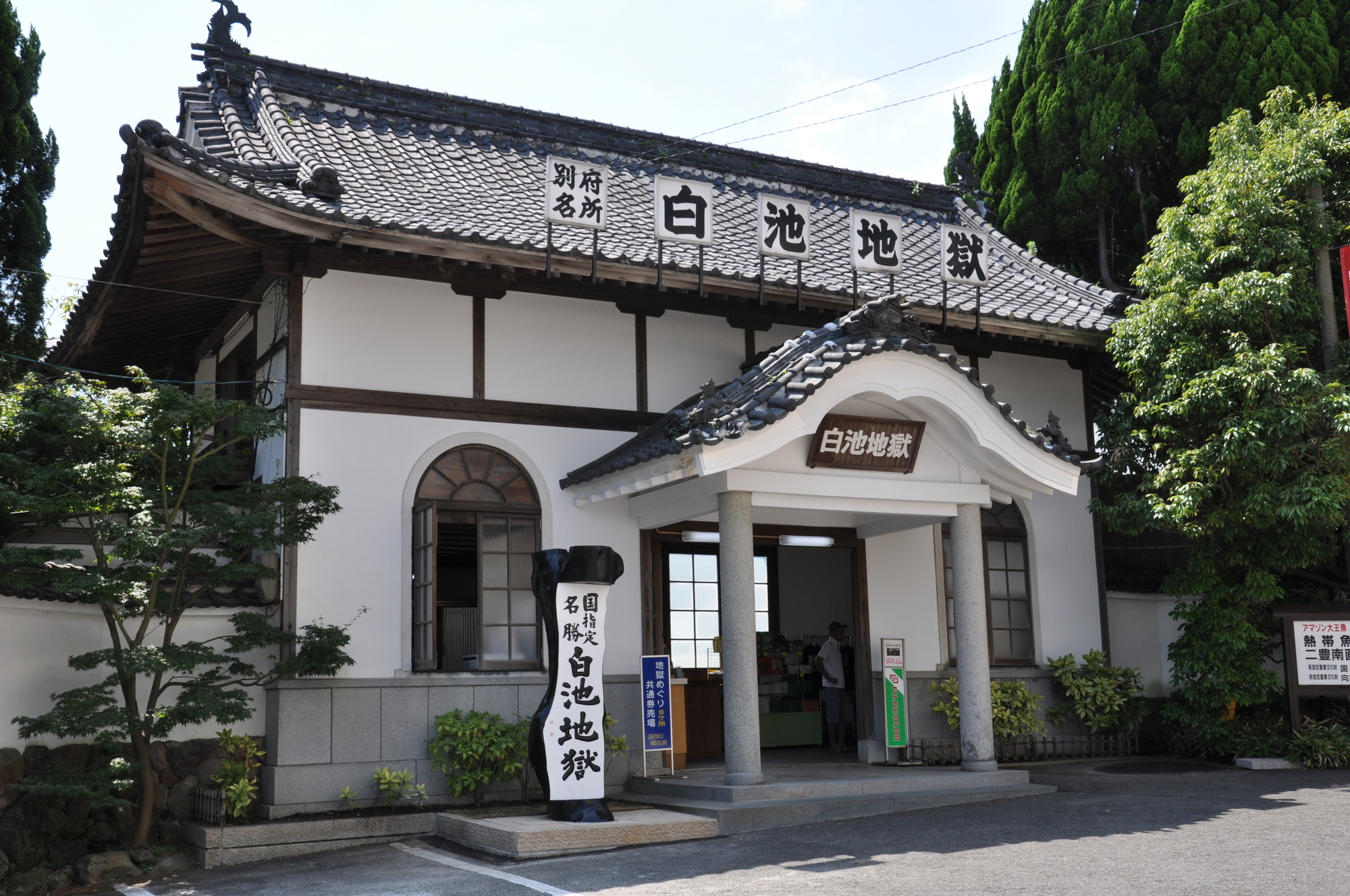 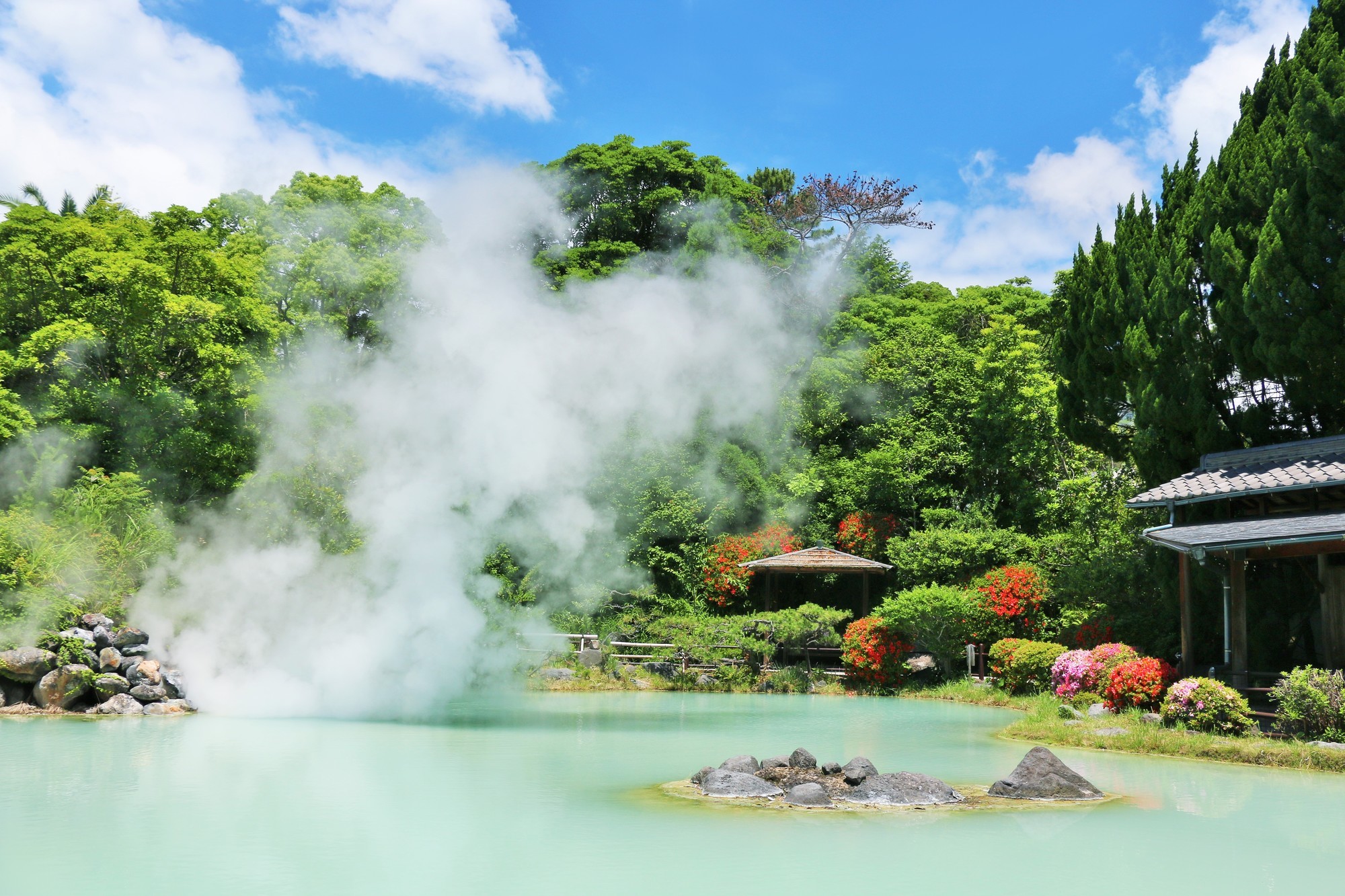 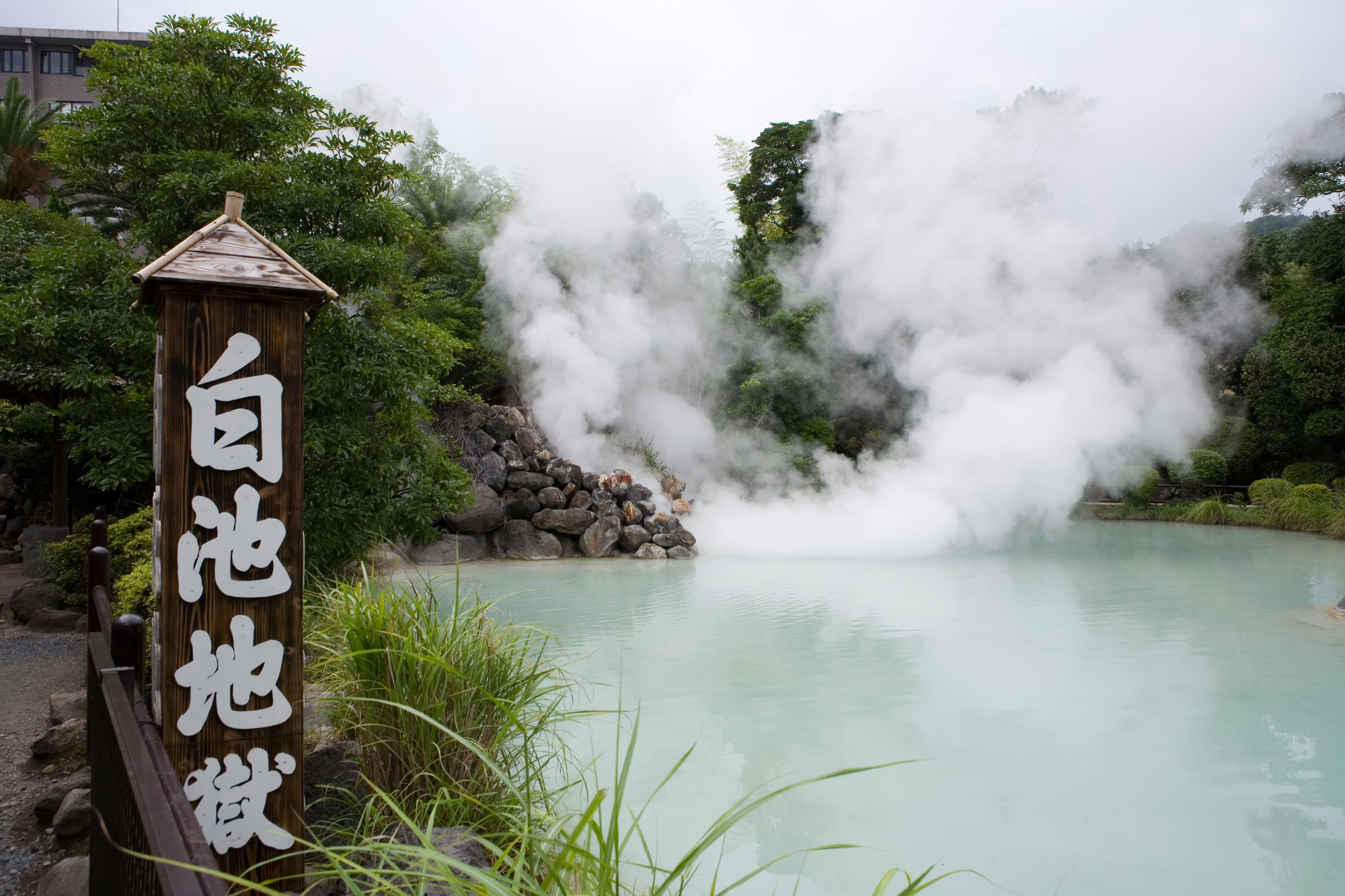 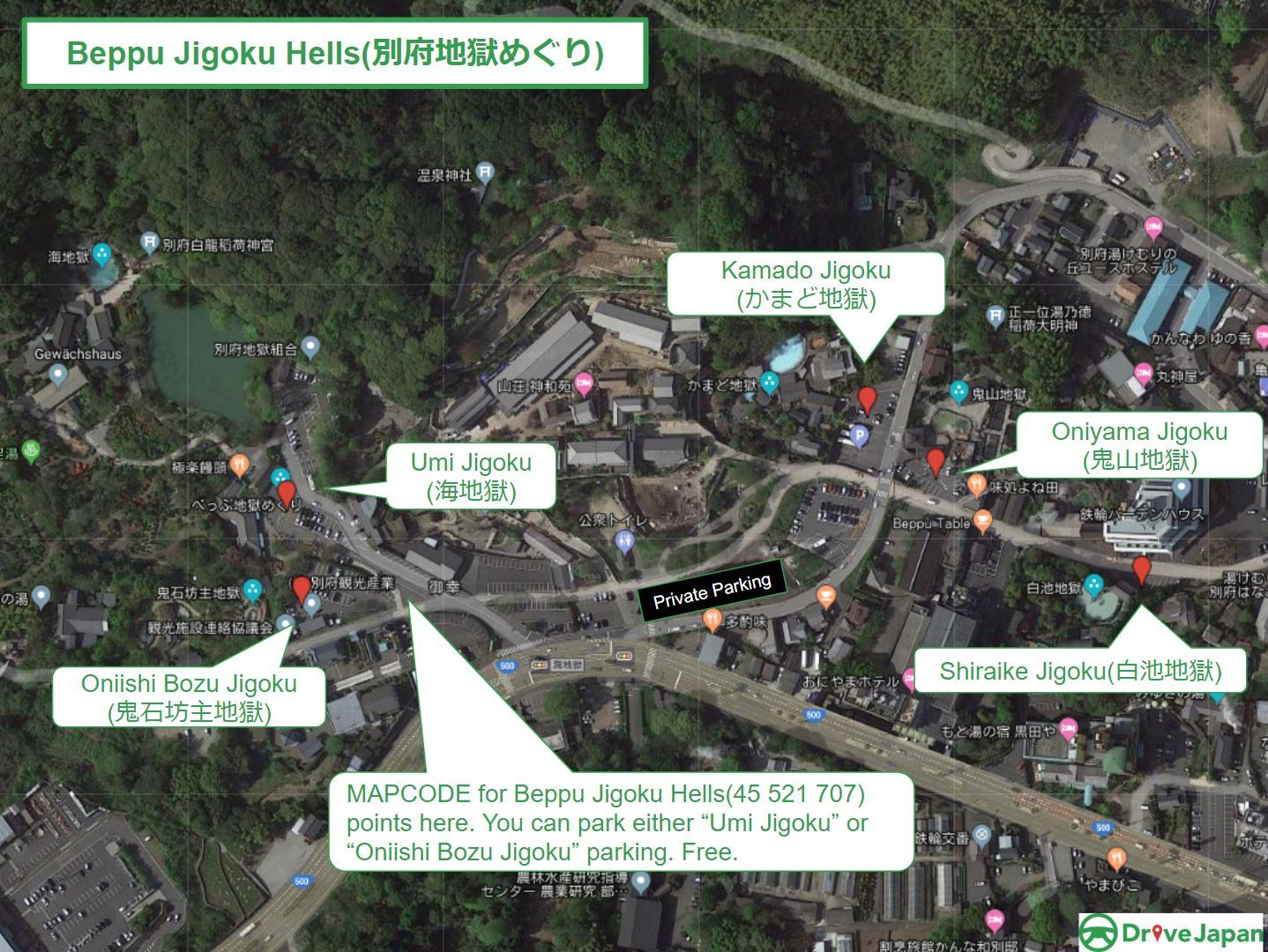 The Shiraike Jigoku is located in the Kannawa district and means the “white pond hell” and certainly deserves its name as it presents a unique colorless pond of hot and milky water. This wonderful basin is also surrounded by a delightful garden and also a small aquarium with tropical fishes which, however, seems to have seen better days. Additional features are presented in the garden if you have the time, such as the Kunisaki tower.

Advice:
Please notice the link bellow in order to get an in-depth understanding on how breath-taking the Beppu Jigoku Hells are.