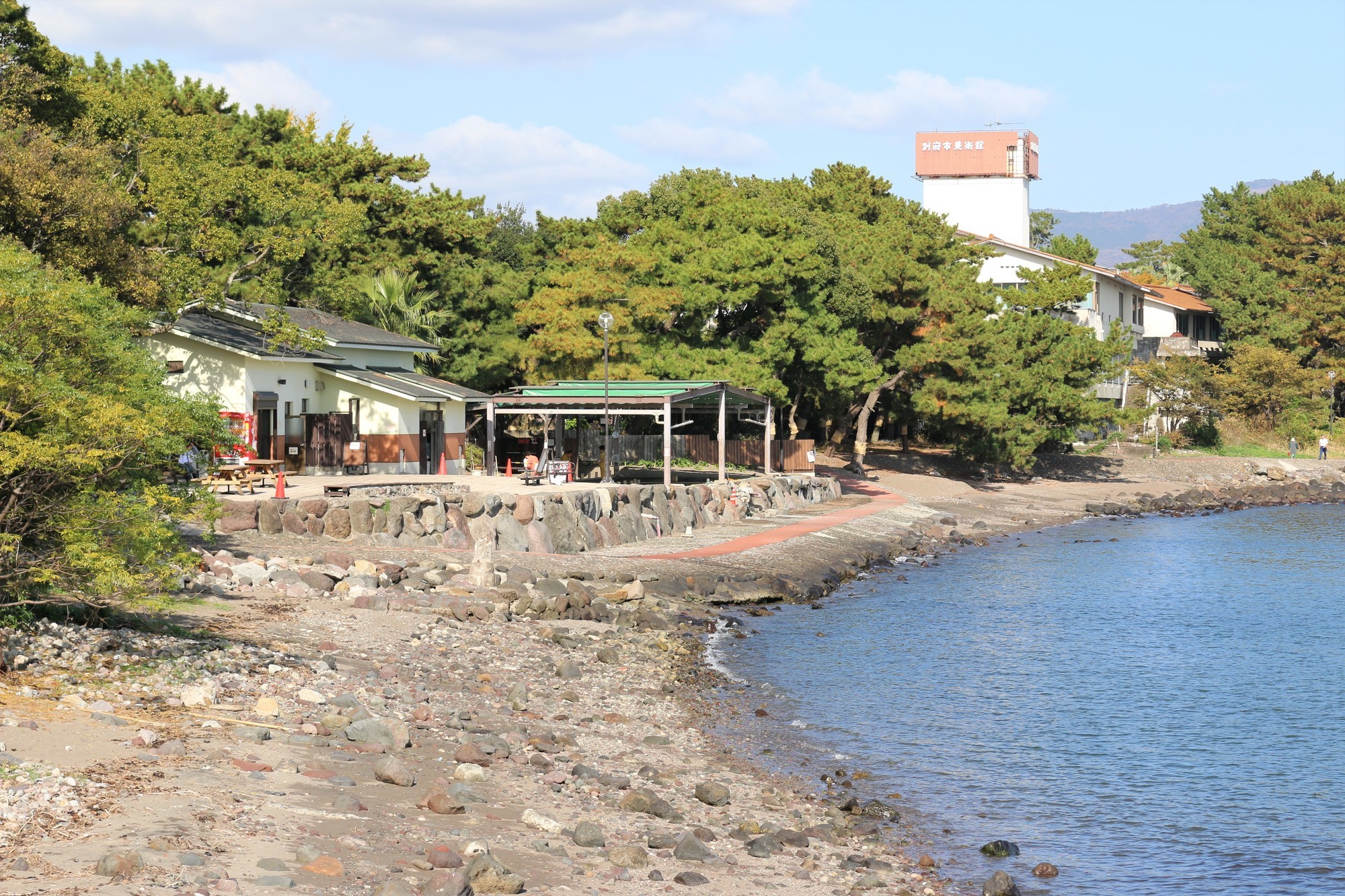 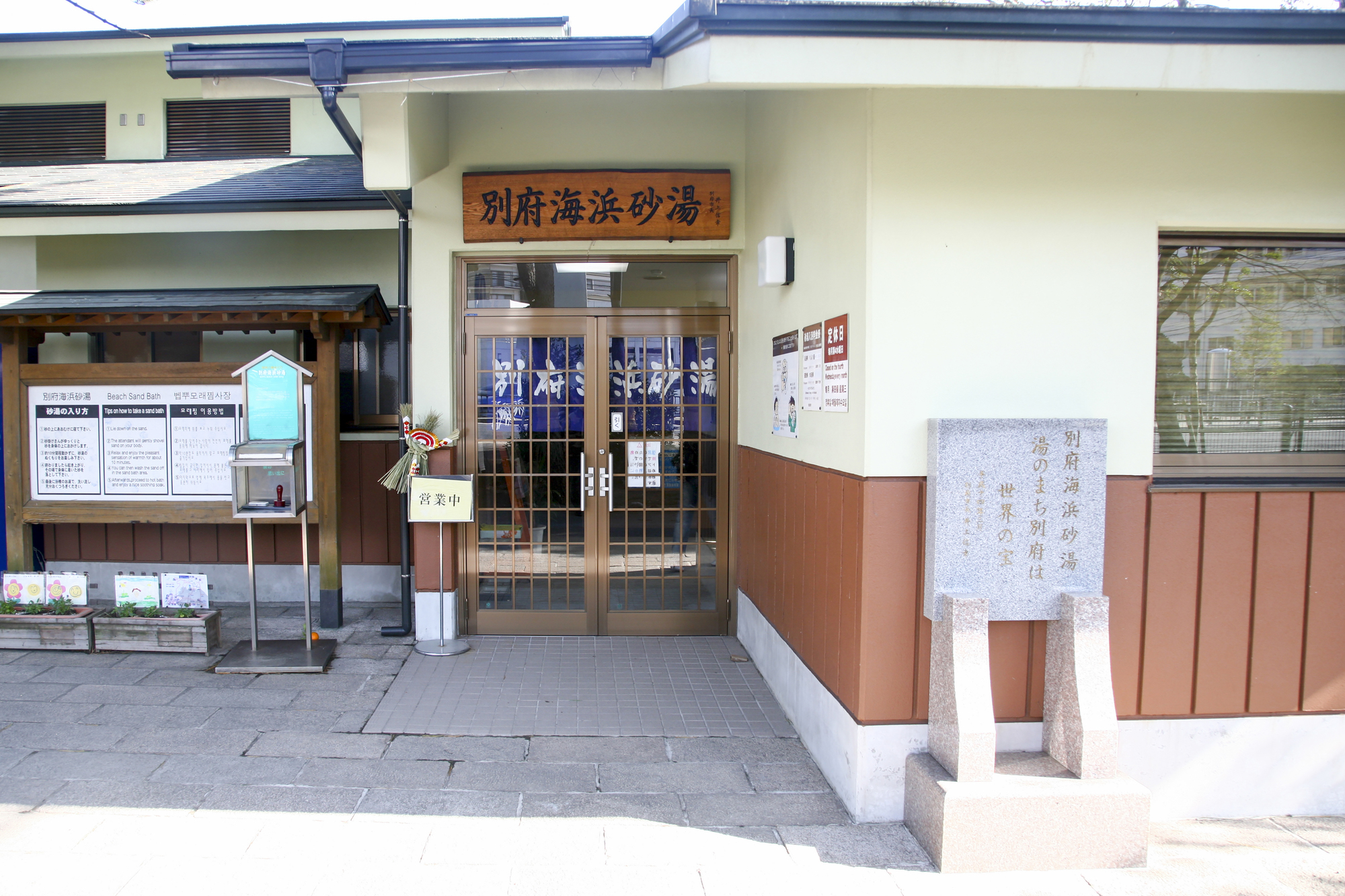 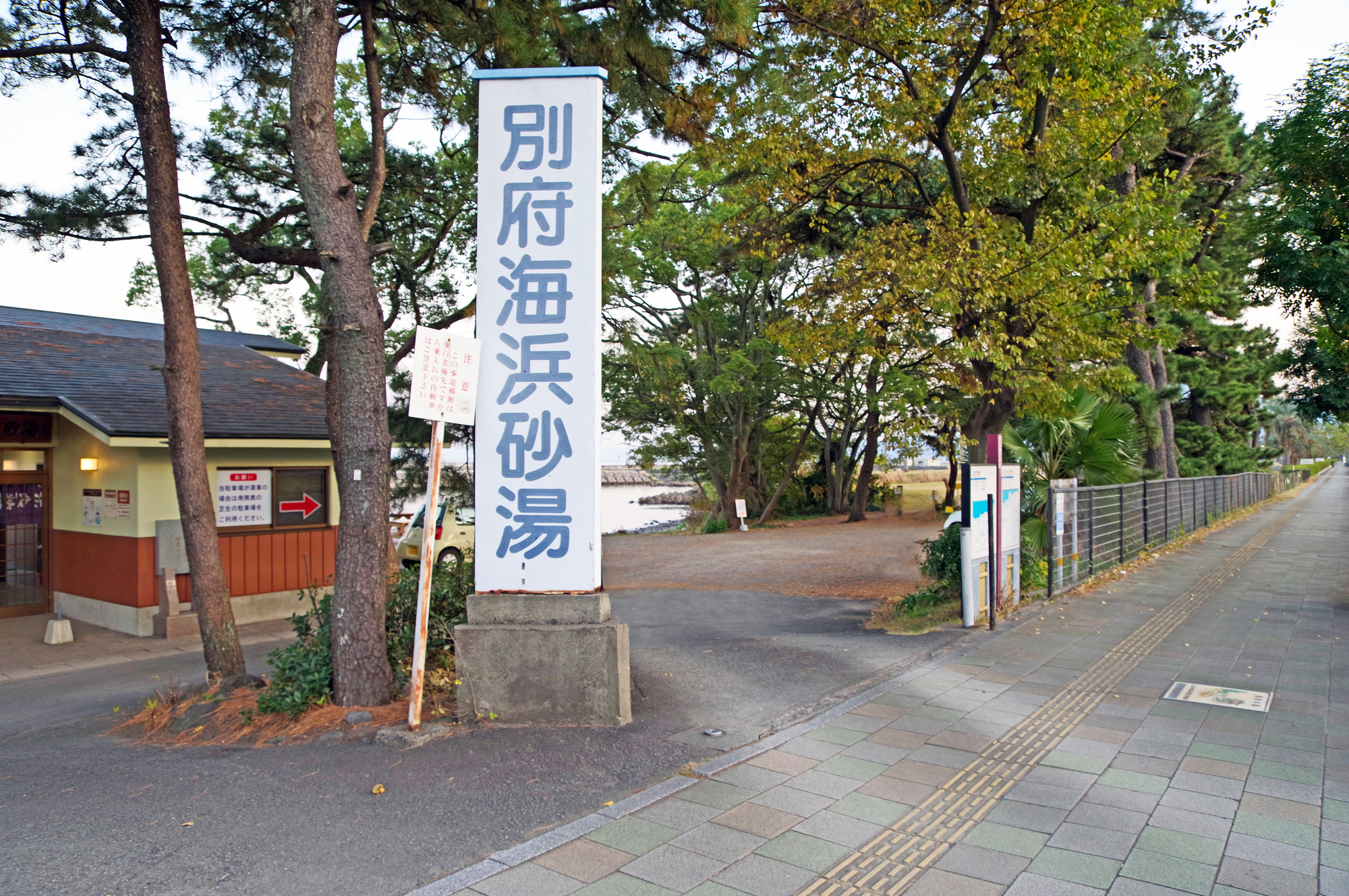 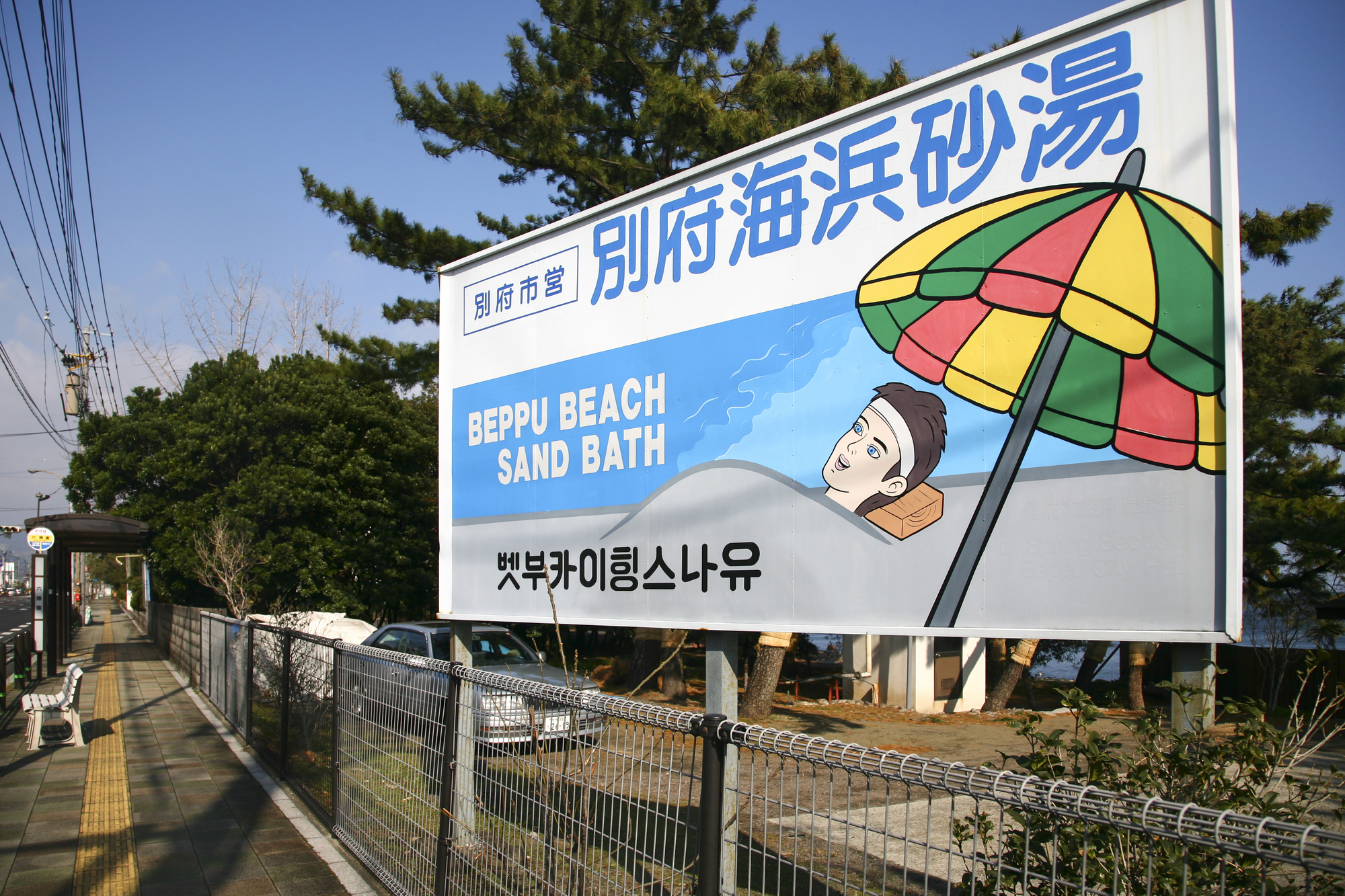 The city of Beppu is well-known across Kyushu and Japan for its various hot springs. Because of its location in a volcanic area, many spots were found with boiling water erupting from the rocks. Not only is the water hot, but also the sand. One of the others relaxing activities available in this magnificent city is to get buried in the sand at the Beppu Beach Sand Bath.

After changing your clothes, you will be asked to wear a robe and then to lie down on your back in the sand bath area where your personal space has been prepared for you. You can notice that the sand is wet and has a particular black colour and that there is a brick where you can rest your head on. Once you are comfortably installed, the staff will gradually recover all of your body except for your head. The bath lasts 15 minutes and you can feel the warmth of the sand slowly overrunning through your body which has a great effect on blood circulation offering a unique relaxing experience. Additionally, the bath faces the sea where the sight of the sky and waves create a peaceful atmosphere. When the time is over you can find other showers and facilities. Sand bathes are known to have even more positive health effects than traditional onsen and the feeling of serenity is admirable, so we can only strongly recommend it.

Advice:
-You can enter without making any reservation although you can have a long queue, mainly during the weekend.
-If your route includes a stay at Ibusuku and you have experiences sand bath there, then it is not a necessity to visit the Beppu Beach Sand Bath.
-Please note that women during menstruations or pregnant women are not allowed in the Sand Bath.
-You can’t use the Sand Bath after drinking alcoholic beverages.
-Depending on some people, the bath should be limited to 10 minutes. After that you could have low temperature burns. The facility accepts no responsibilities for any injuries.