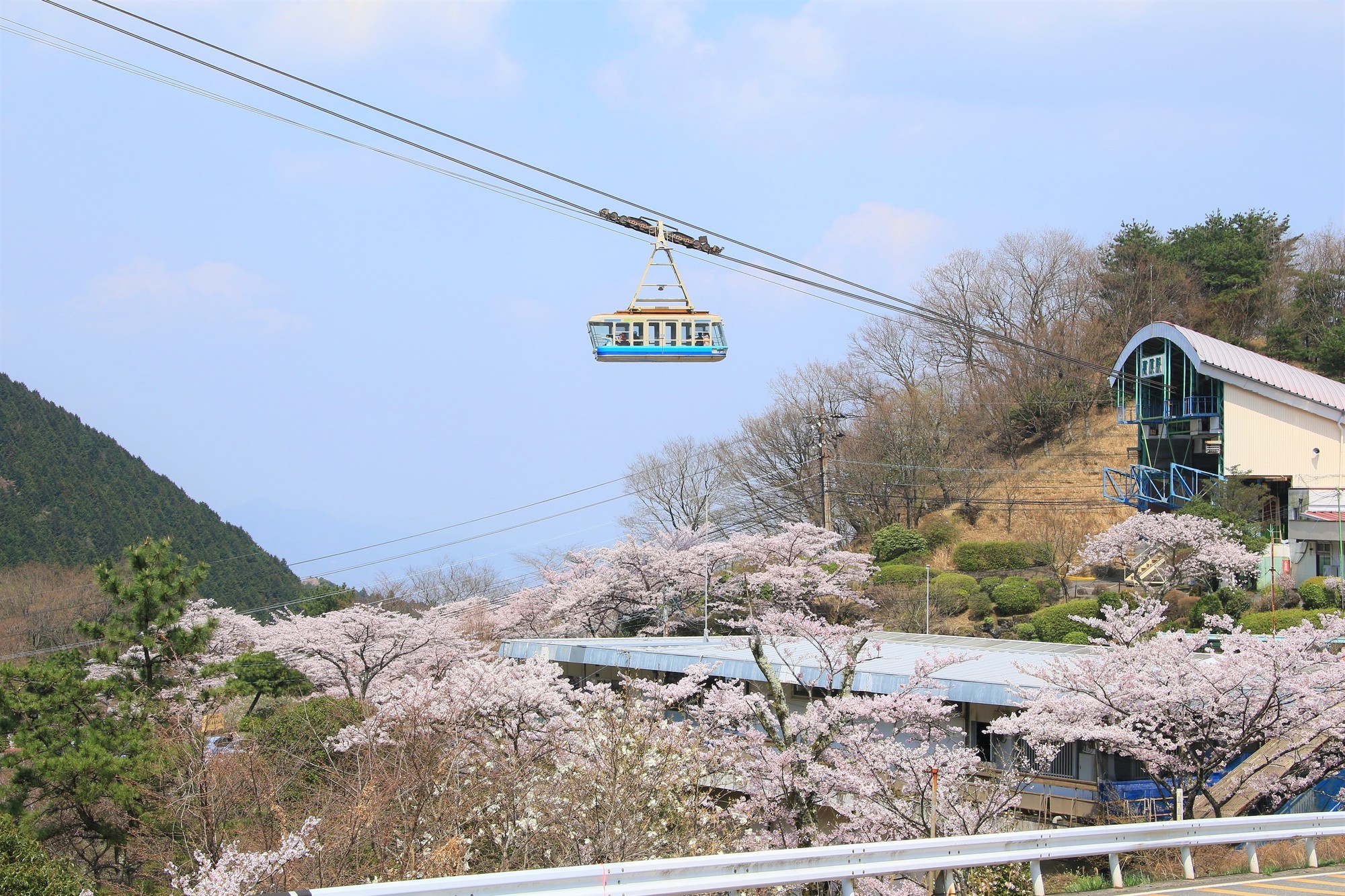 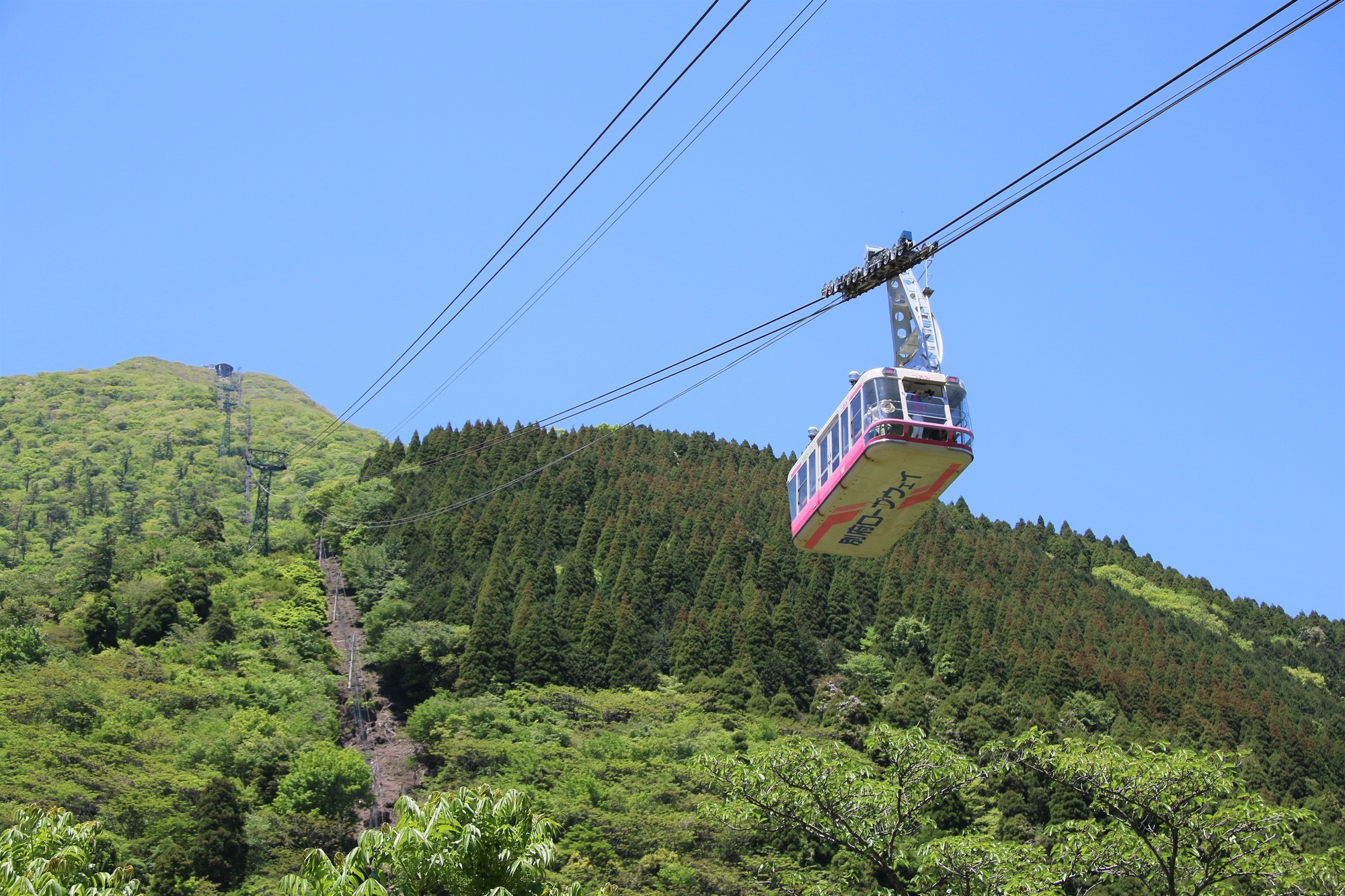 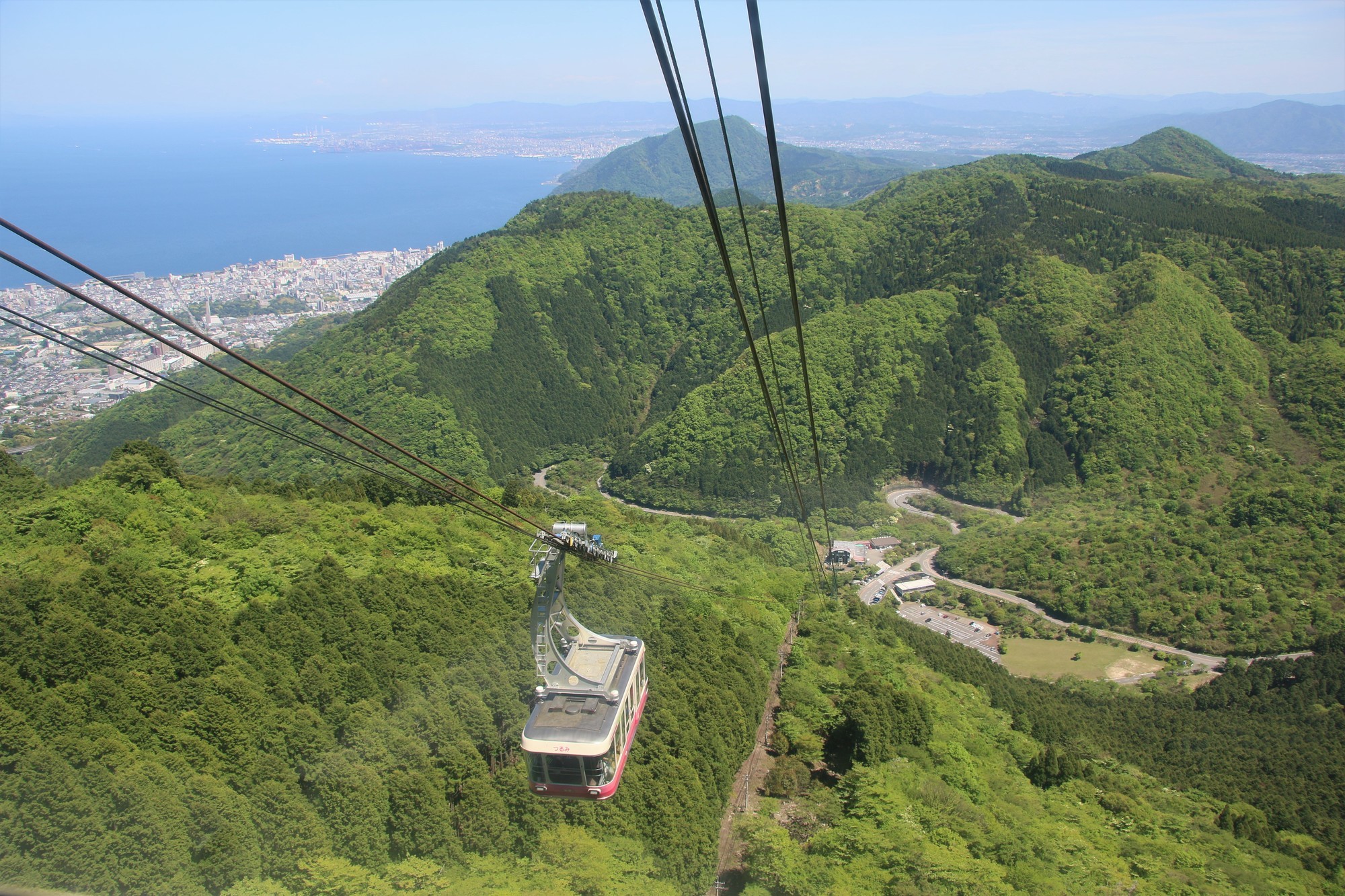 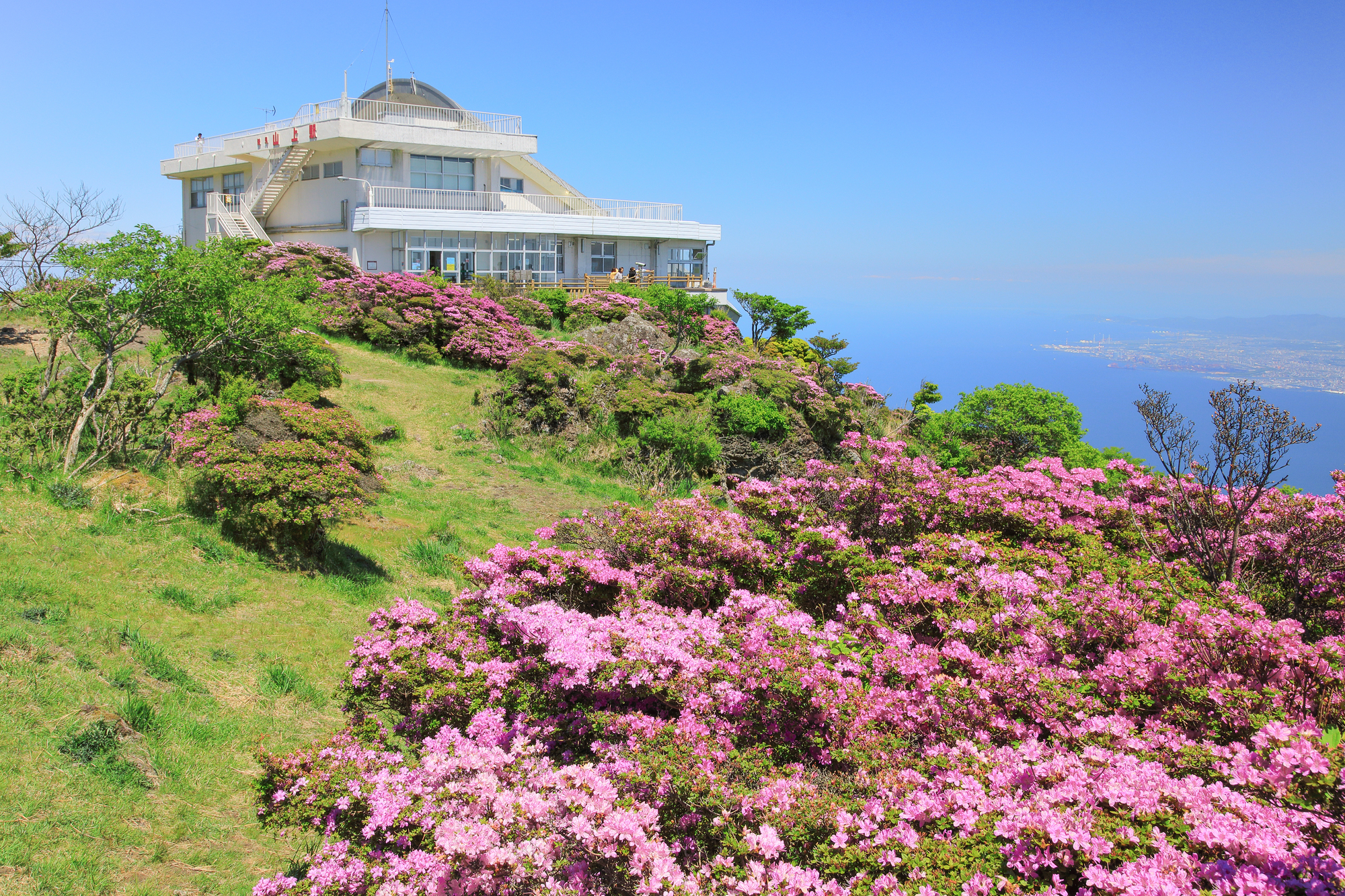 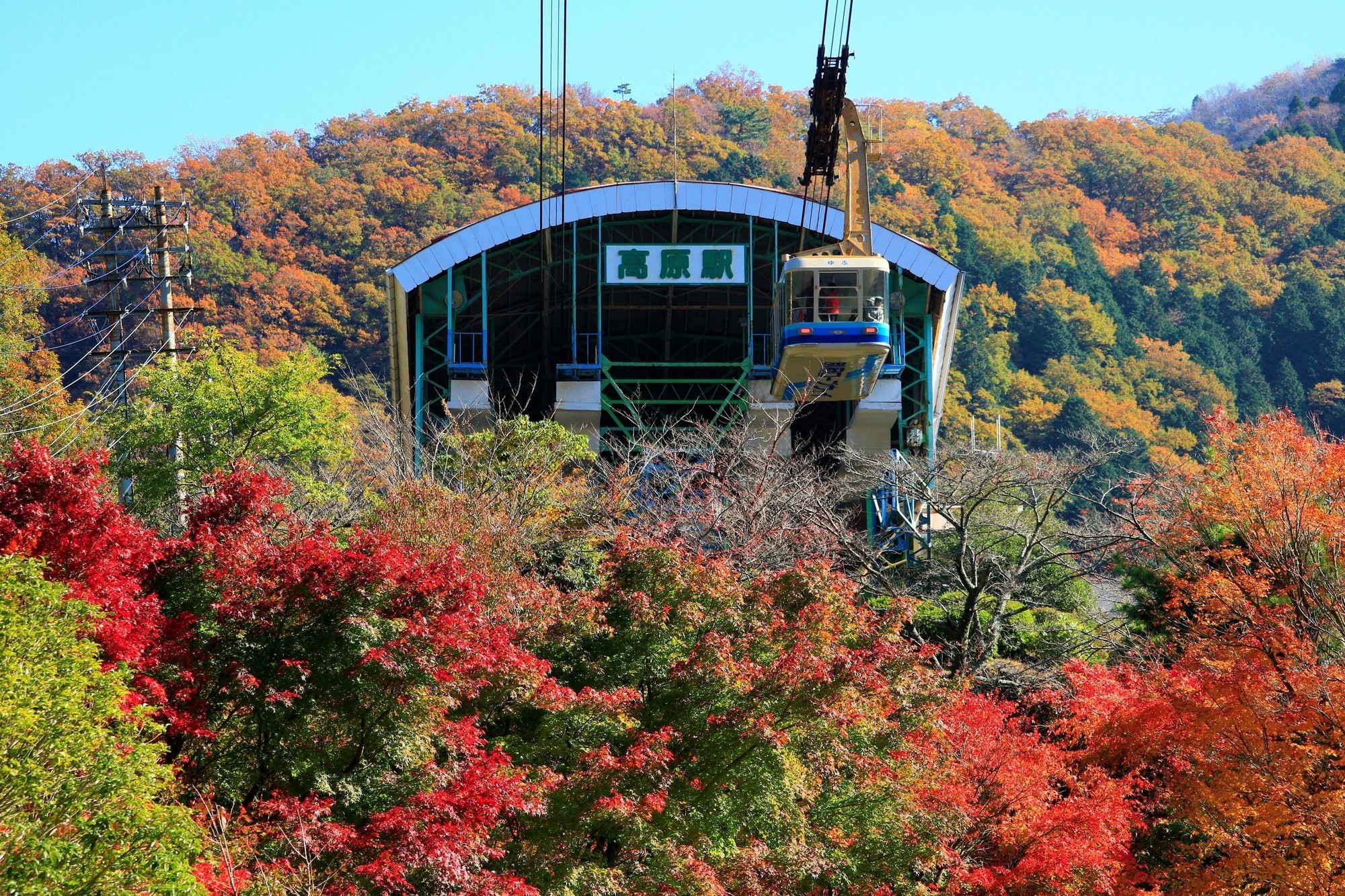 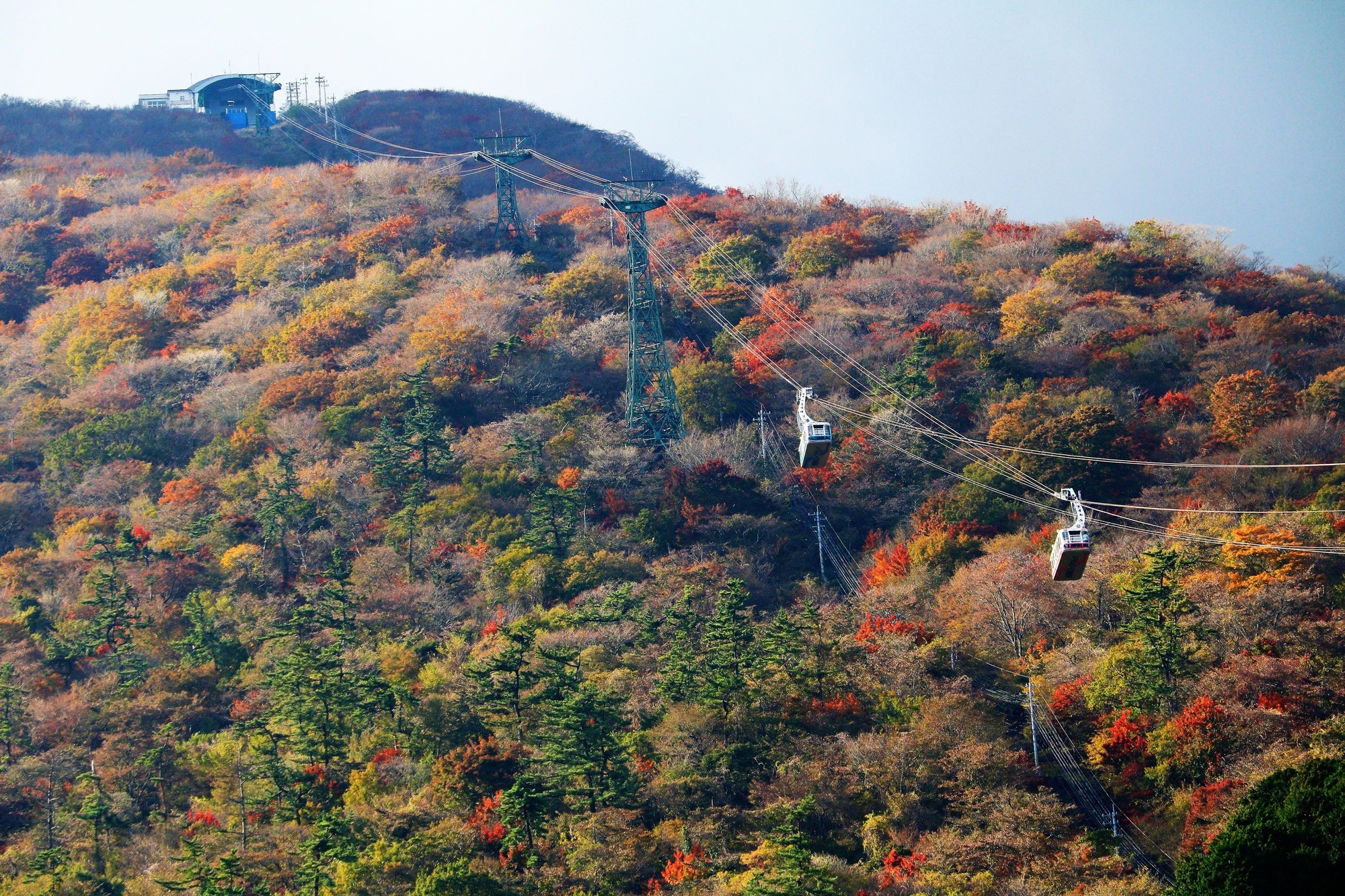 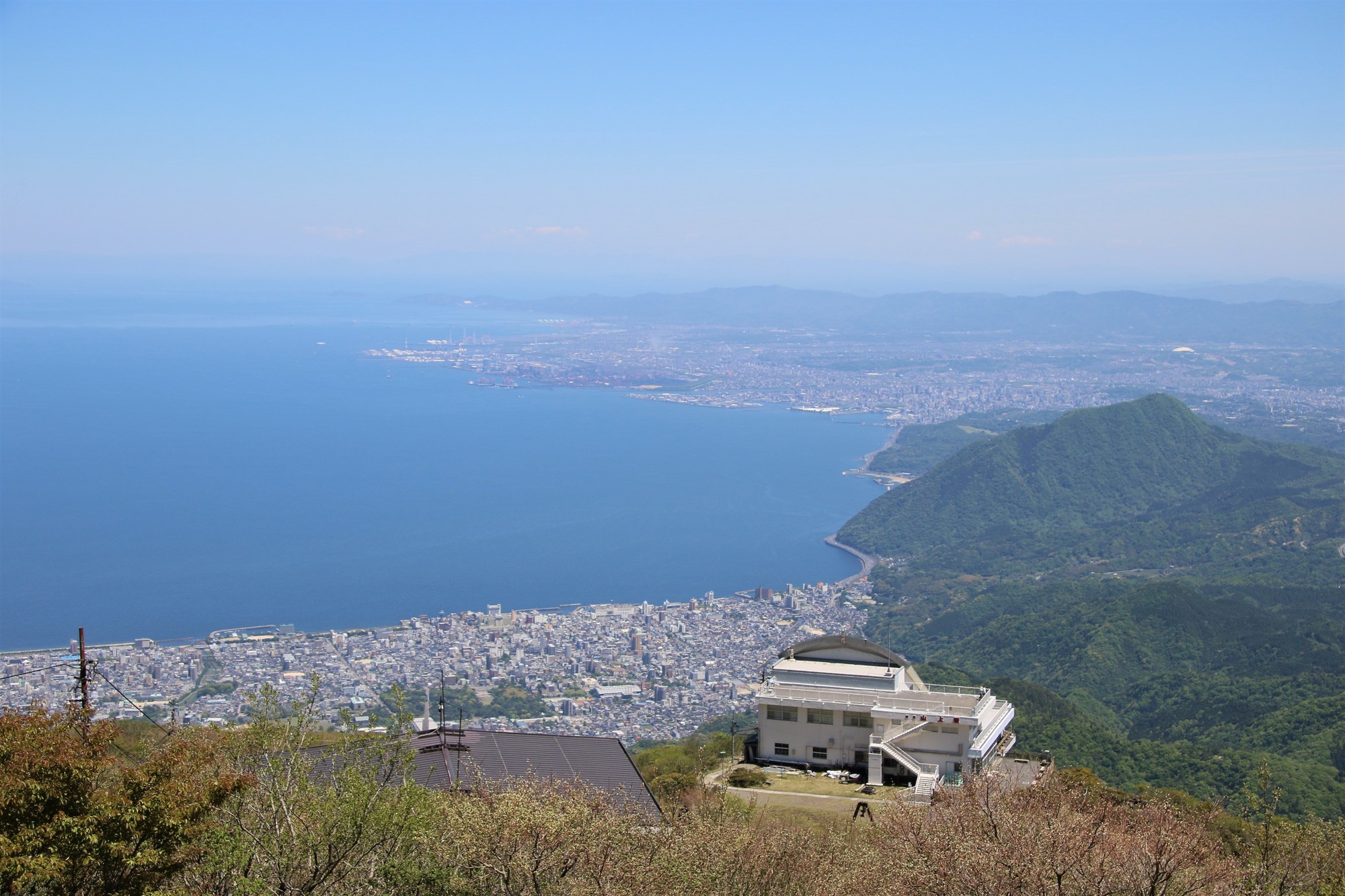 The Mount Tsurumi is an impressive 1375m high mountain that overlooks the city of Beppu. The top of the mountain offers a delightful view over the city but also over the Mt. Yufu and Kuju, and on the Chugoku and Shikoku region. A beautiful observation point located in a small park near the summit is accessible by the Beppu Ropeway.

Once you arrived in the park, if you wish to reach the top of the mountain it can be done in 15 minutes by foot. The view offered is breath-taking and varies according to the season. In spring, the Ropeway lower station is surrounded by more than 2000 cherry blossoms. In autumn, the typical and traditional red leaves colour starts appearing on the summit and slowly gets down the mountain. In winter, the frost gets installed on the branches and trees, dressing them with a thin coat of ice.

Advice:
-Cherry trees bloom around early and mid-April.
-Rhododendrons colour the mountain from mid-May to early June.
-Fall colours appear in early October and is mostly beautiful in November.
-The hoarfrost mostly happens between December and mid-March.