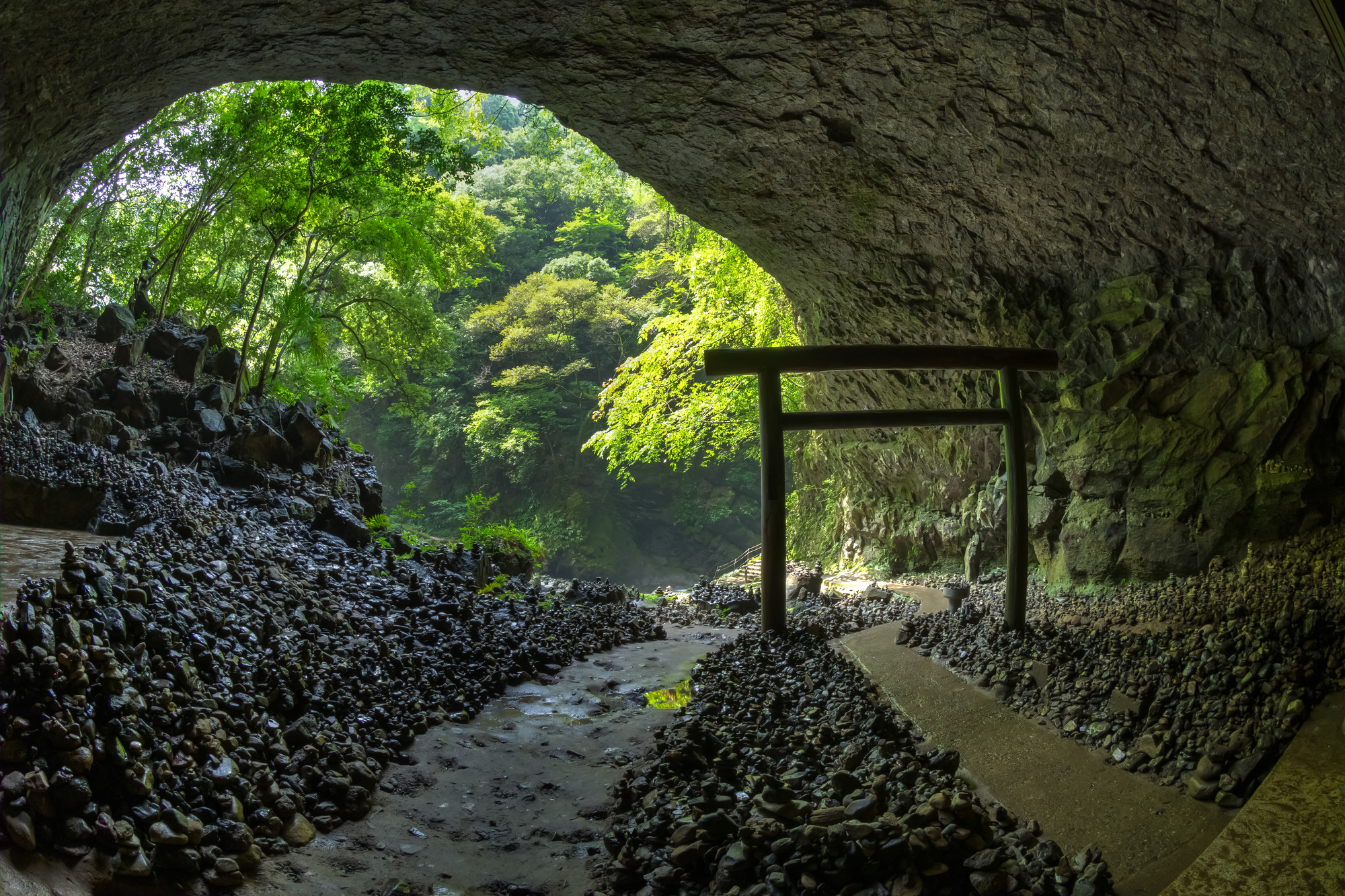 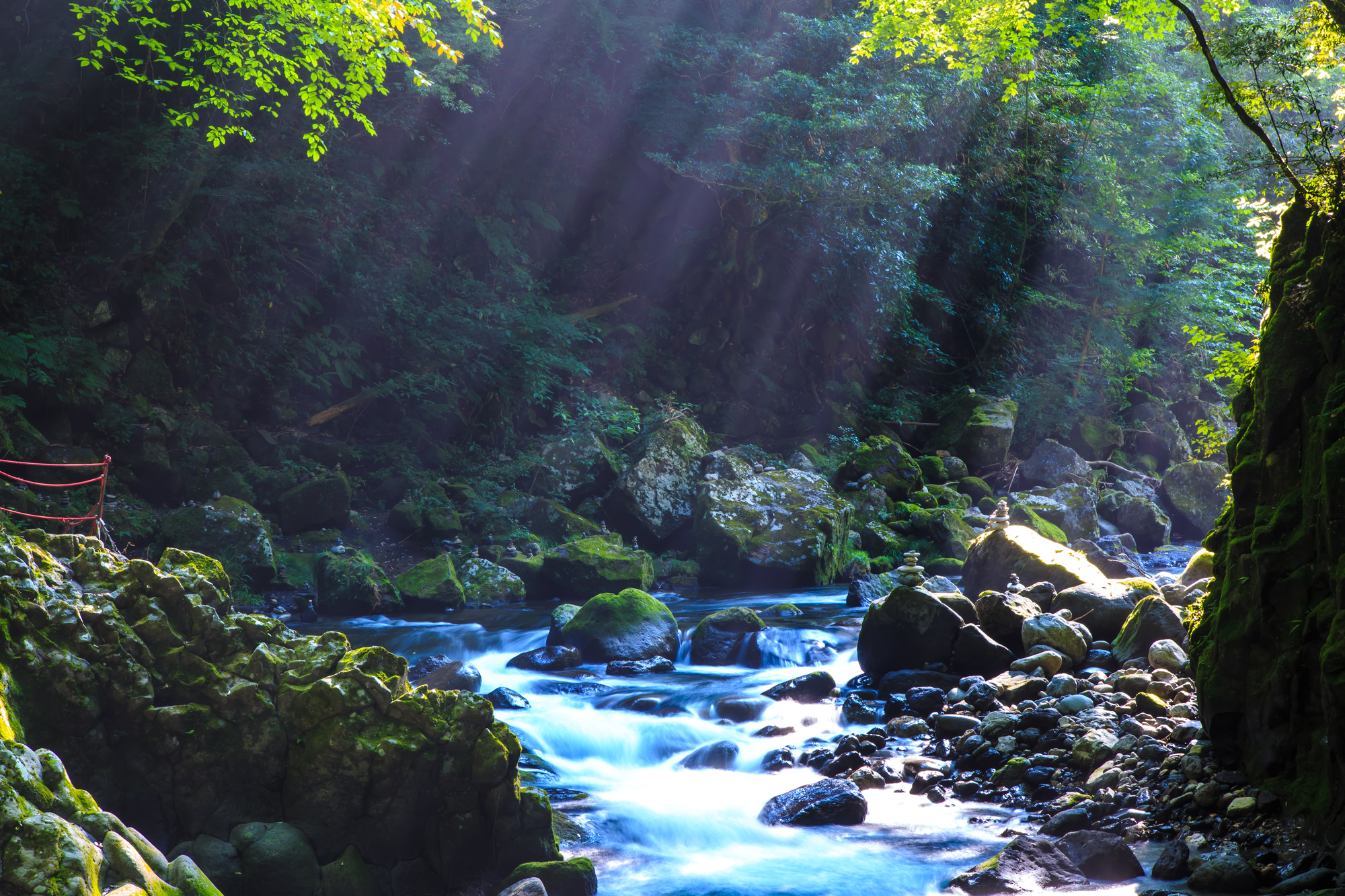 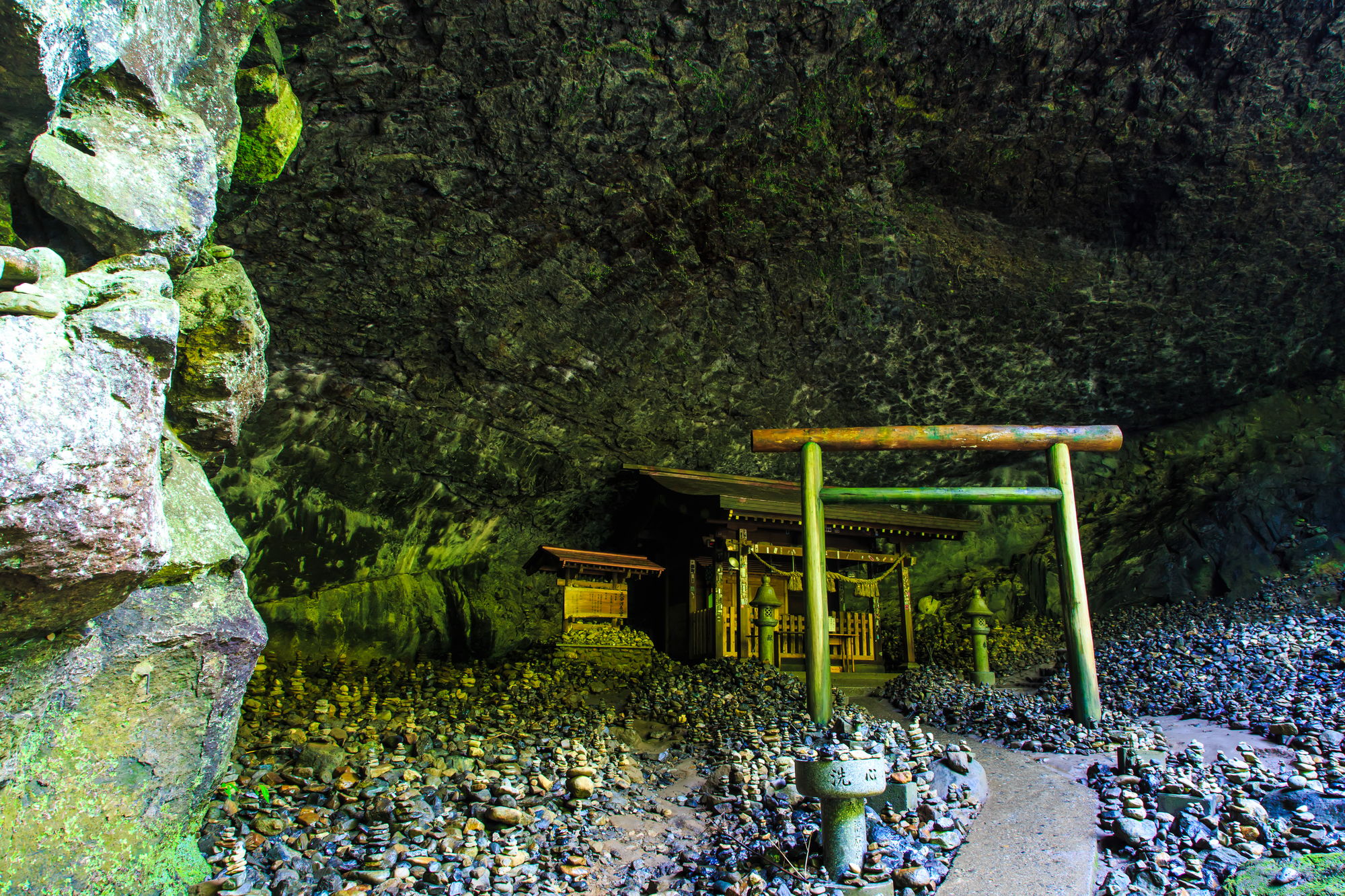 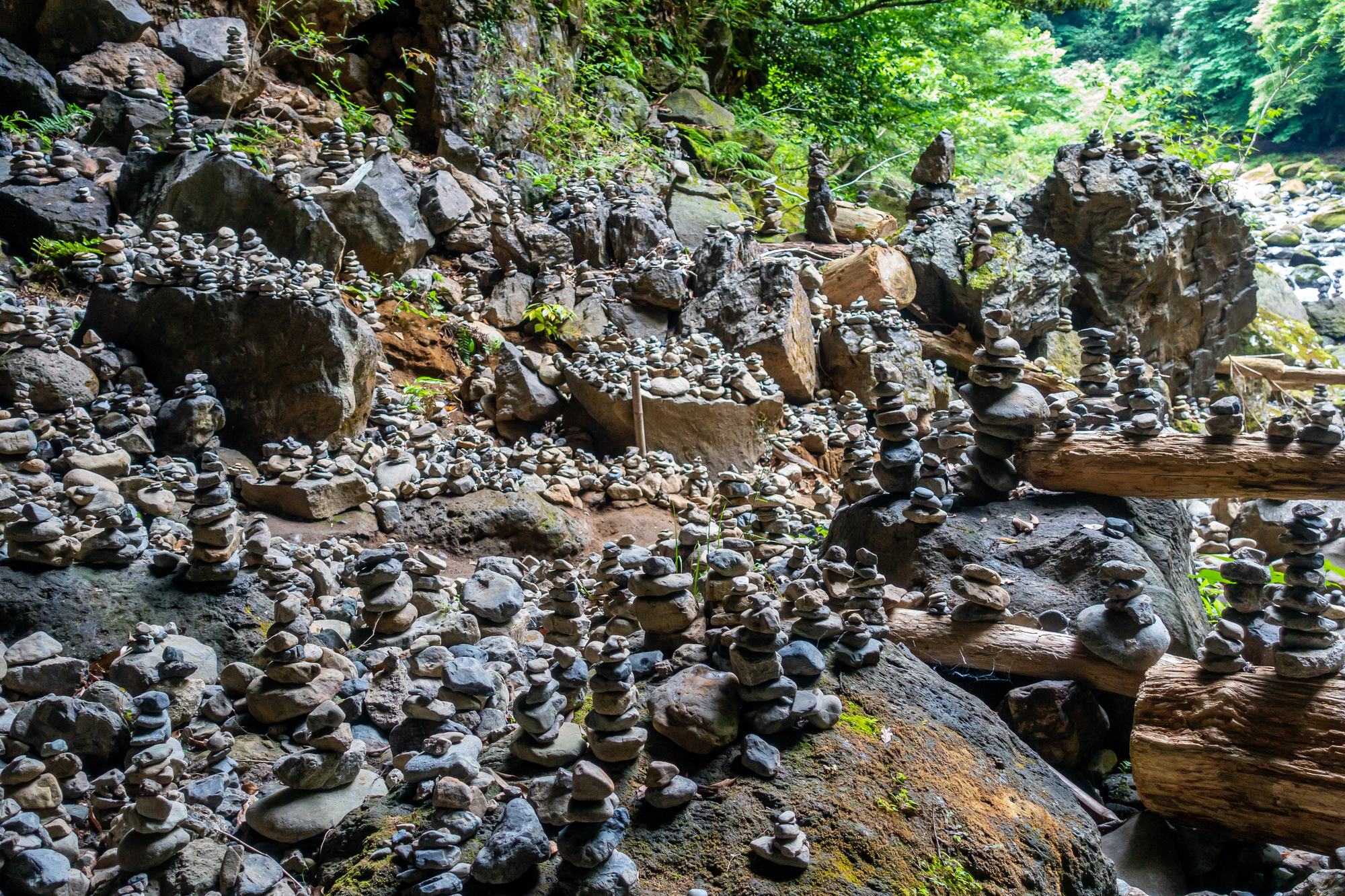 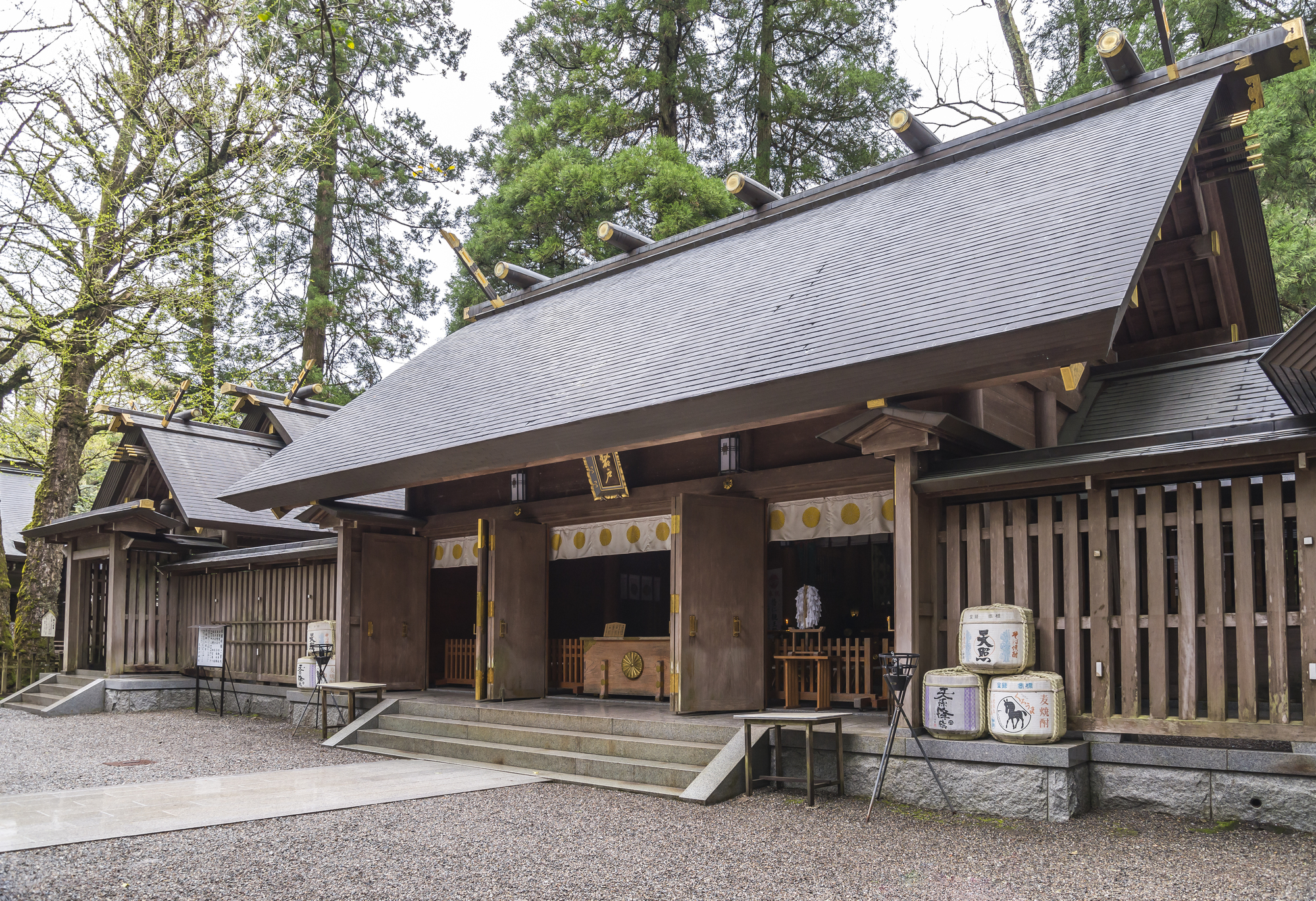 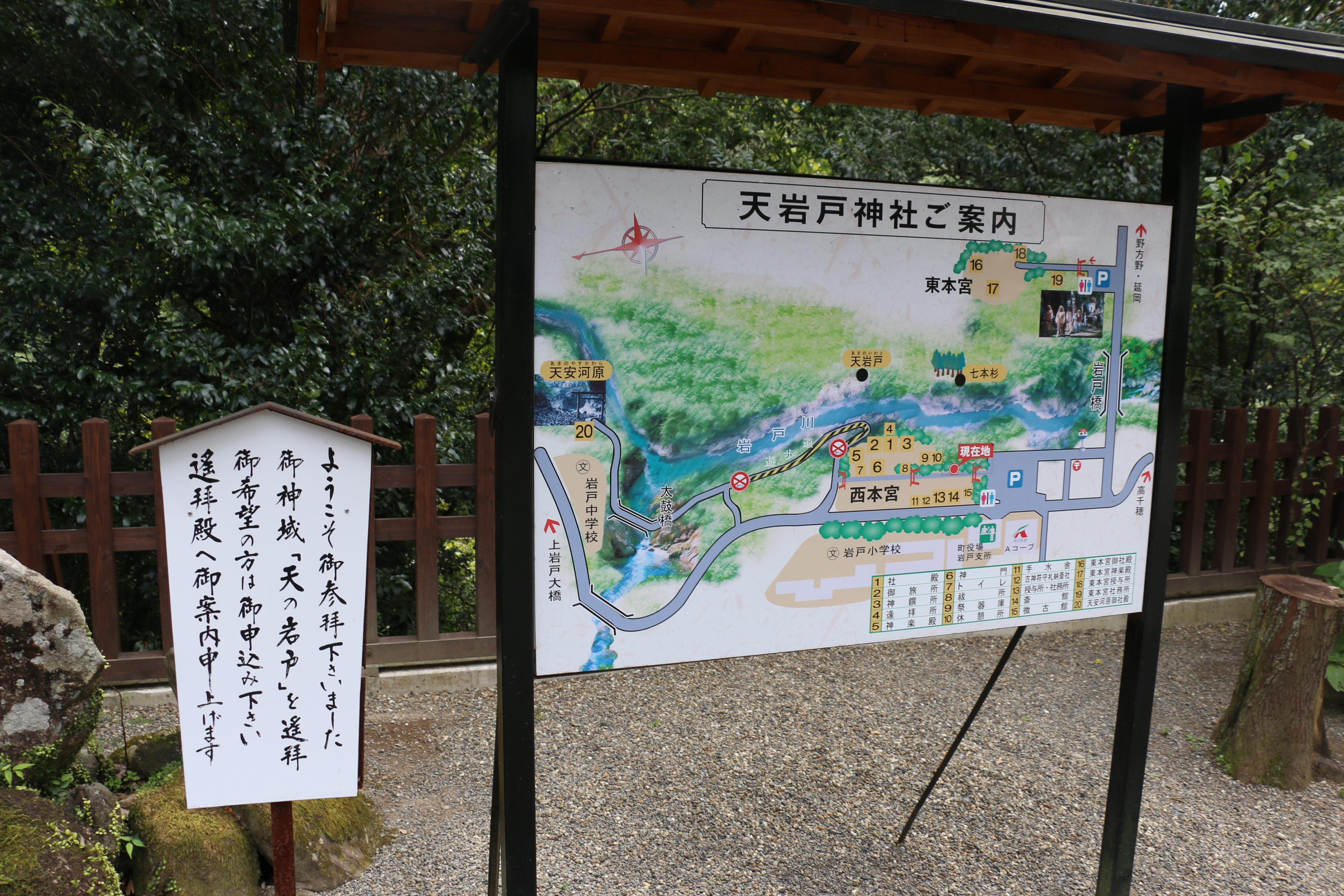 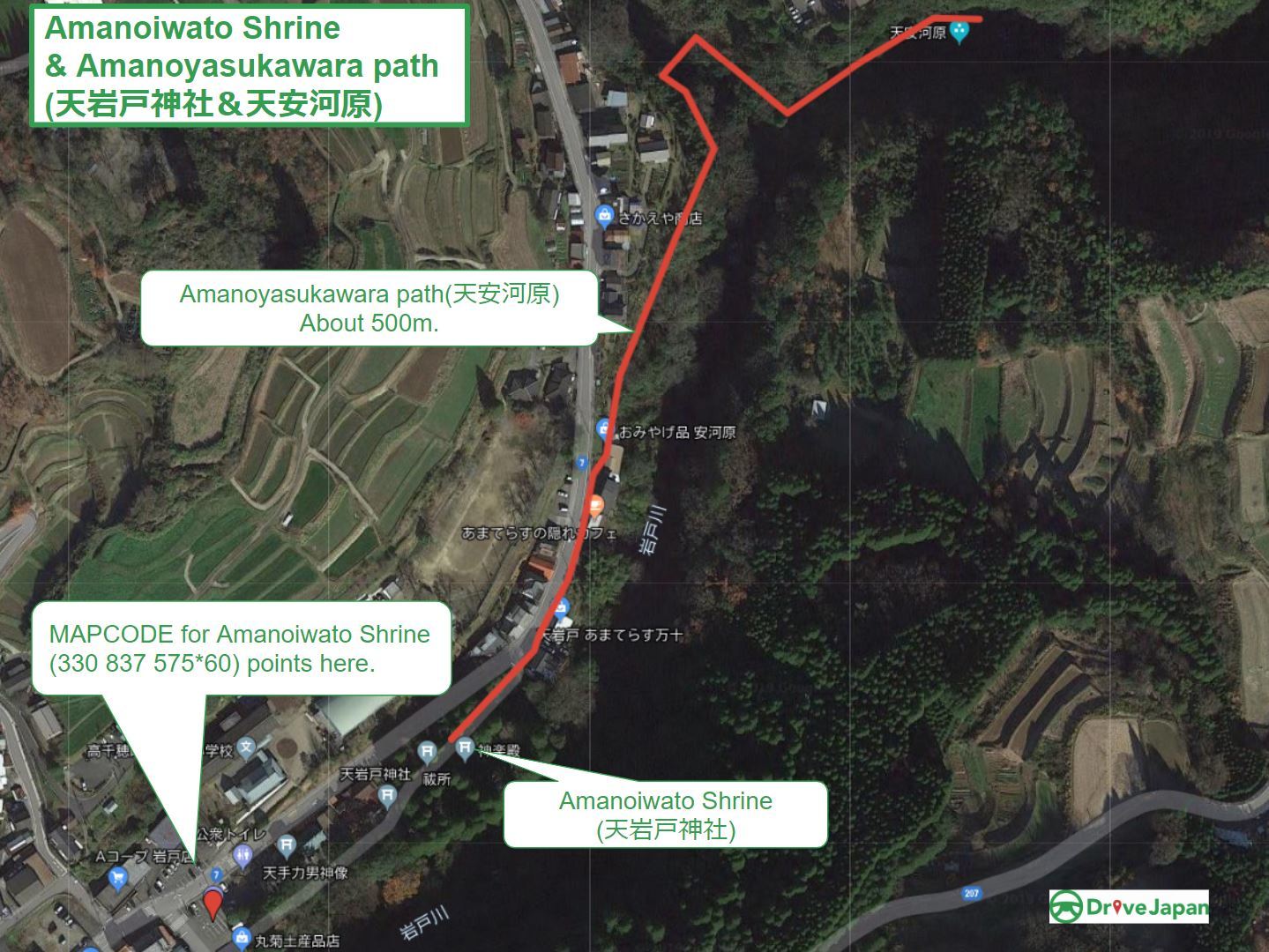 9 km away from Takachiho Gorge and based on Japanese myth, the Amano Iwato Shrine is a testament to the power of Shinto Sun goddess Amaterasu, who is said to have hid herself away in a cave not to far from the shrine itself. The shrine is built surrounding the Iwato River, on opposite sides of the cave.
Further exploration down the trails of the shrine, you will come across a beautiful observation deck overlooking the river. Along the way, stop by to wonder at “power spots”--neat little piles of stones stacked along the river by previous visitors to mark their own pilgirmages.
But the real beauty of the Amano Iwato lies in it’s hidden shrine inside a cave, on the far end of the path. This simple, yet serene shrine is known as Amaono Yasukawara, and is said to be one of the meeting spots for the gods and goddesses.
Adorned by natural beauty, enhanced by the cave and river-- Amano Yasukawara is definitely a place not to miss.

The shrine is located about 10 to 15 minutes away from central Takachiho by car, bus or taxi. If you inquire at the main shrine, you’ll be able to arrange a unique guided tour with the a Japanese priest. From November through February in Takachiho, is the magnificent Kagura festival, where the locals dance to pray for a good harvest. 33 dances are performed throughout the night. A cultural must see! Be sure to look at our map for a more clear view.
Known for its beautiful atmosphere and other-worldly views, be sure to stop by on a sunny day.