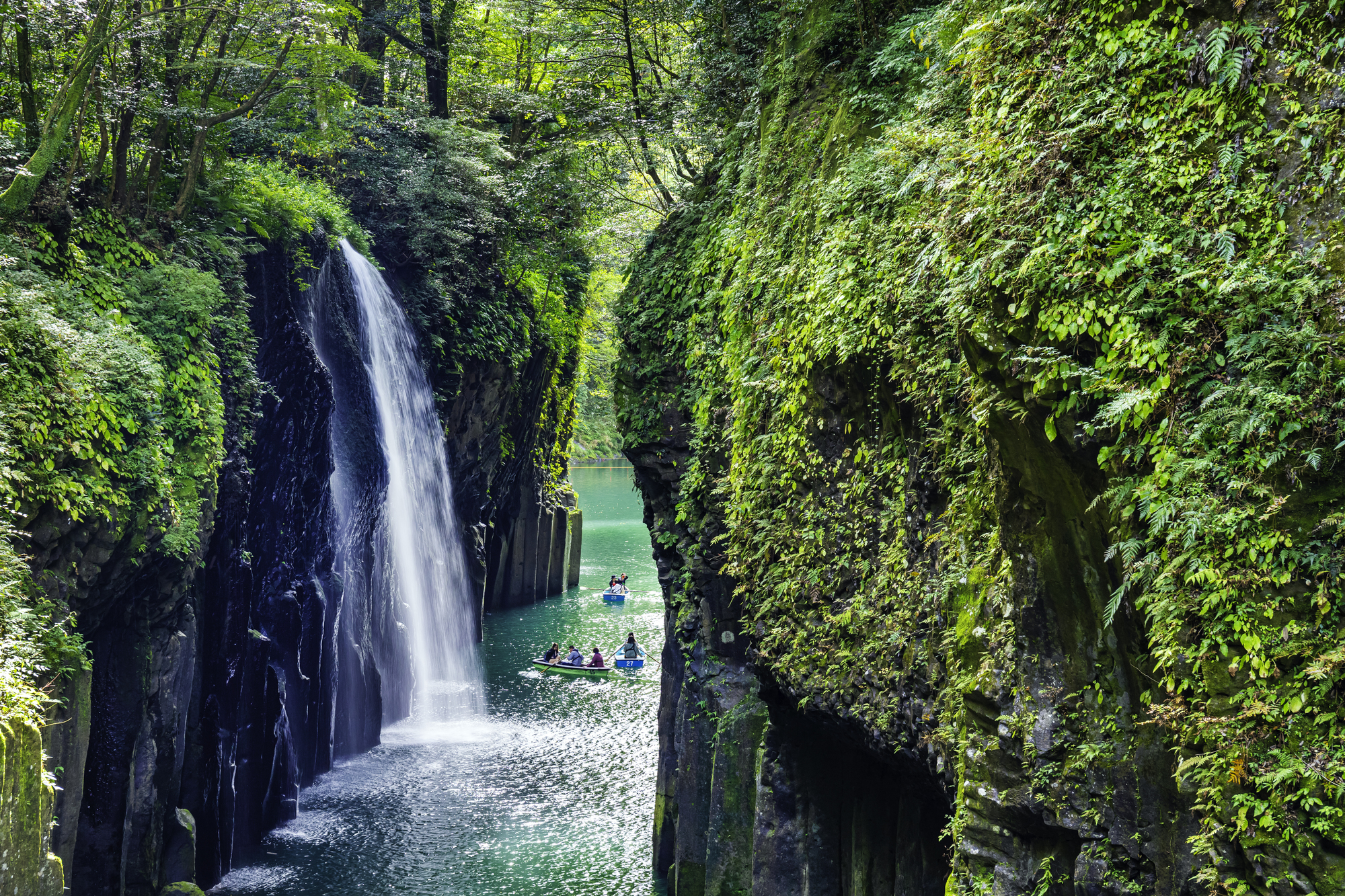 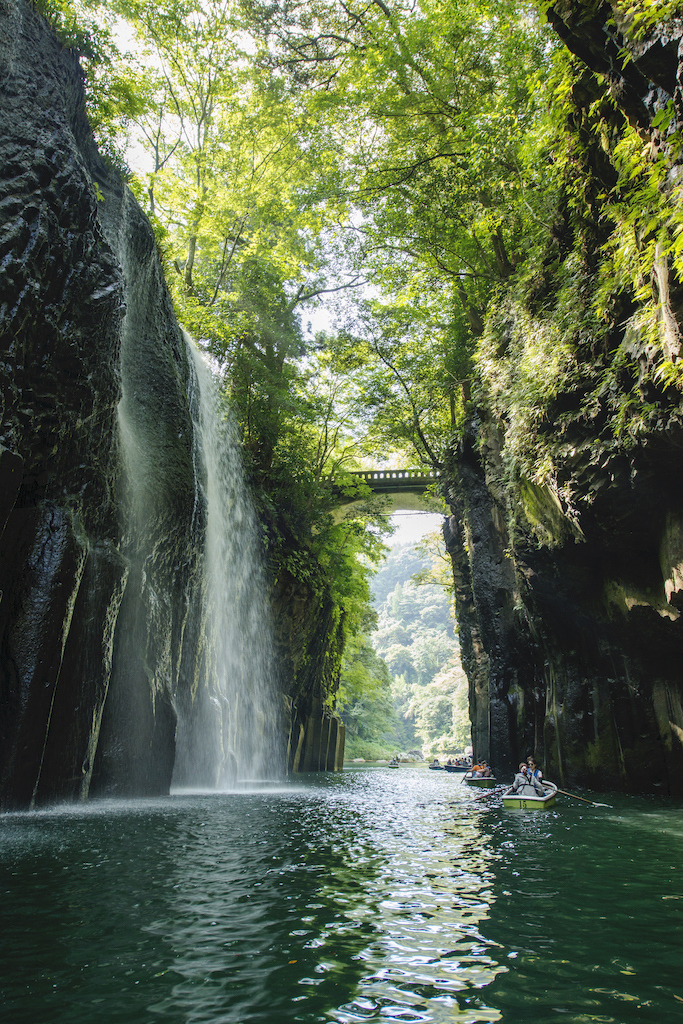 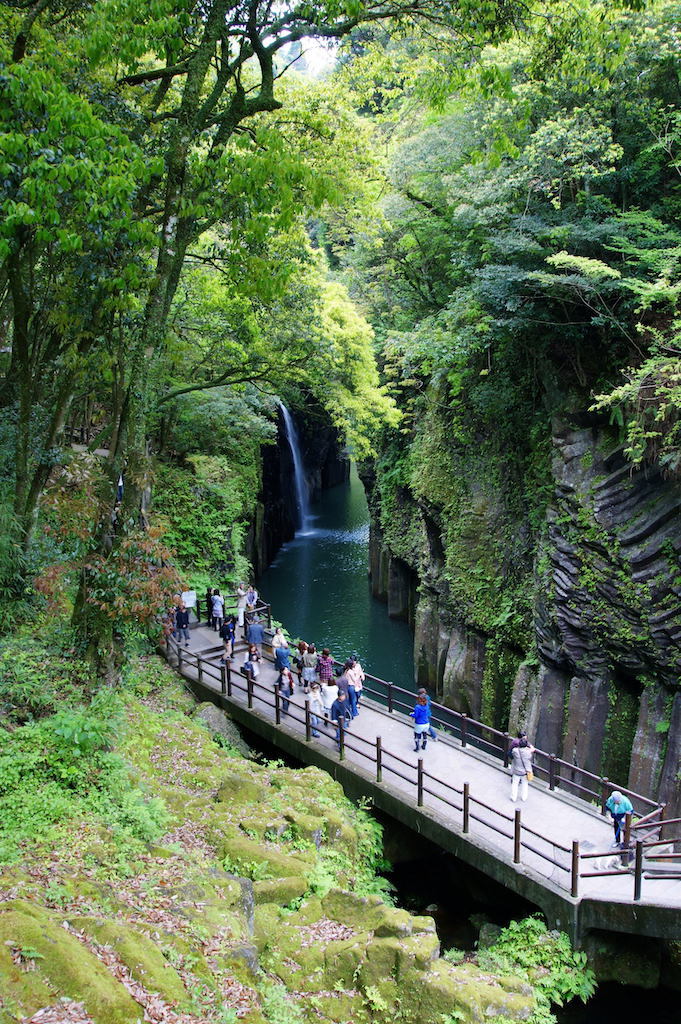 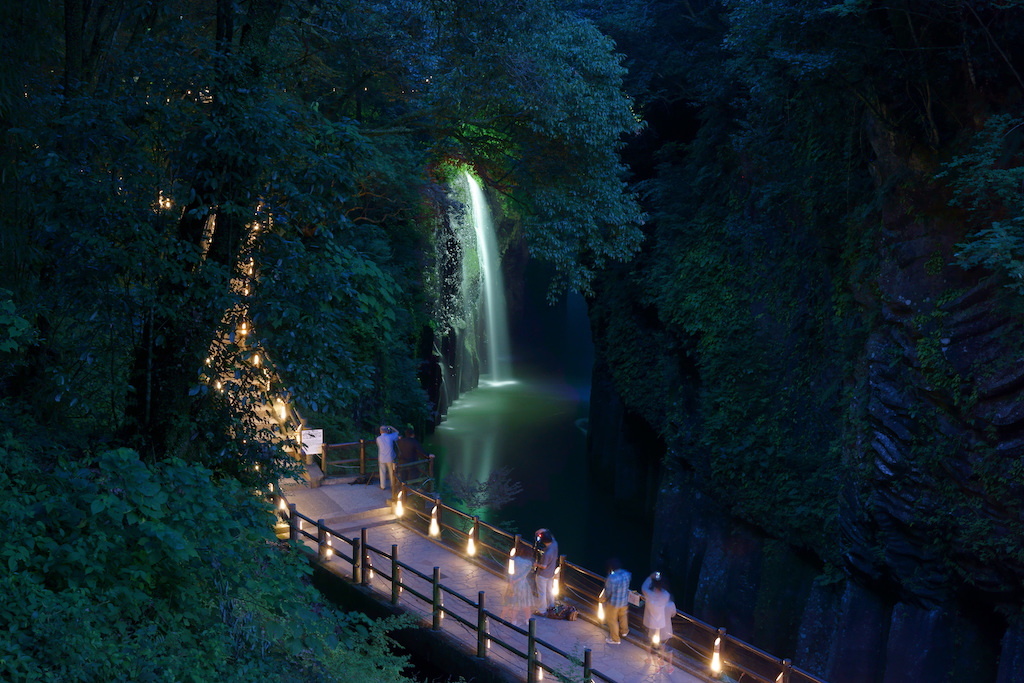 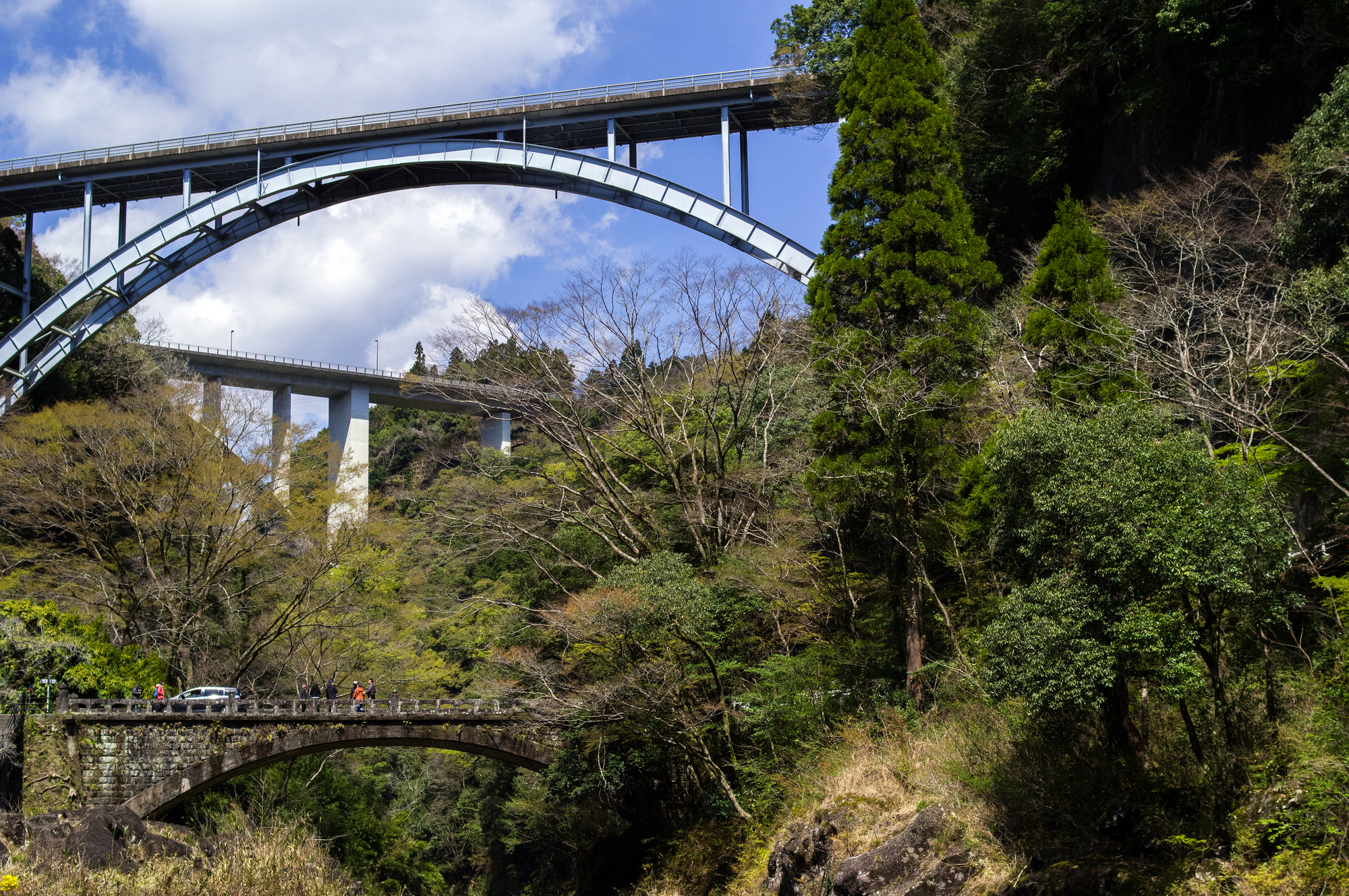 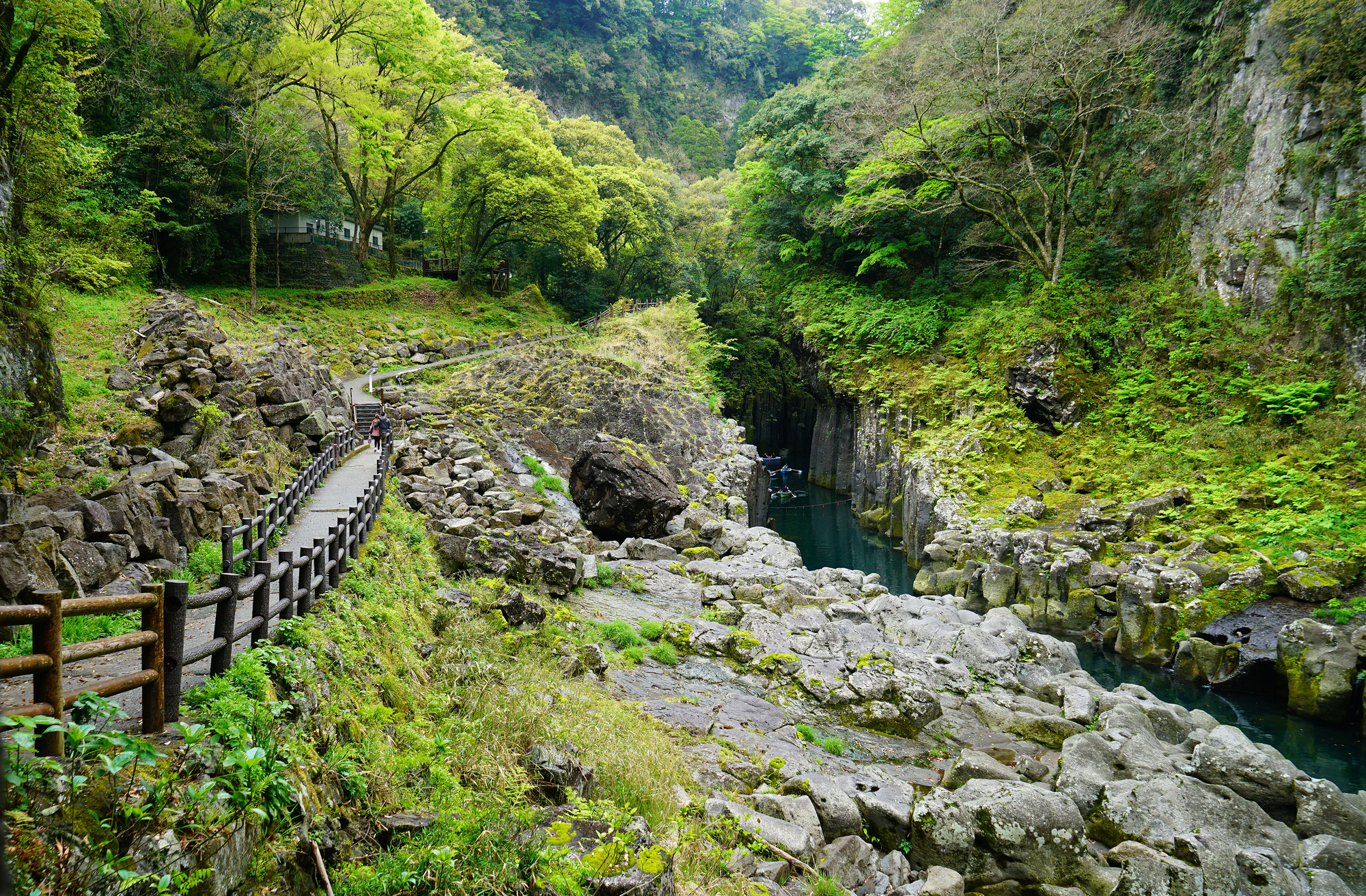 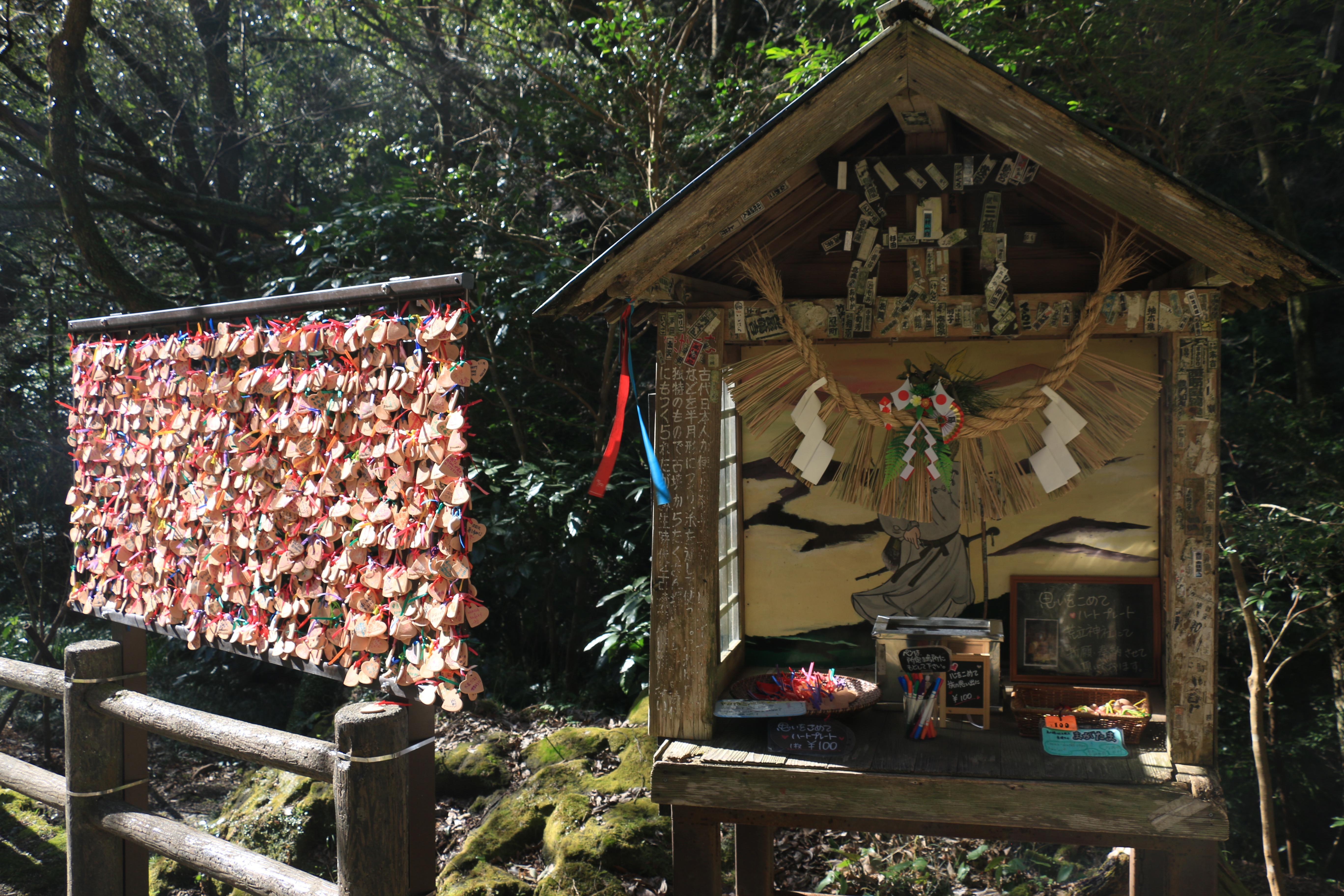 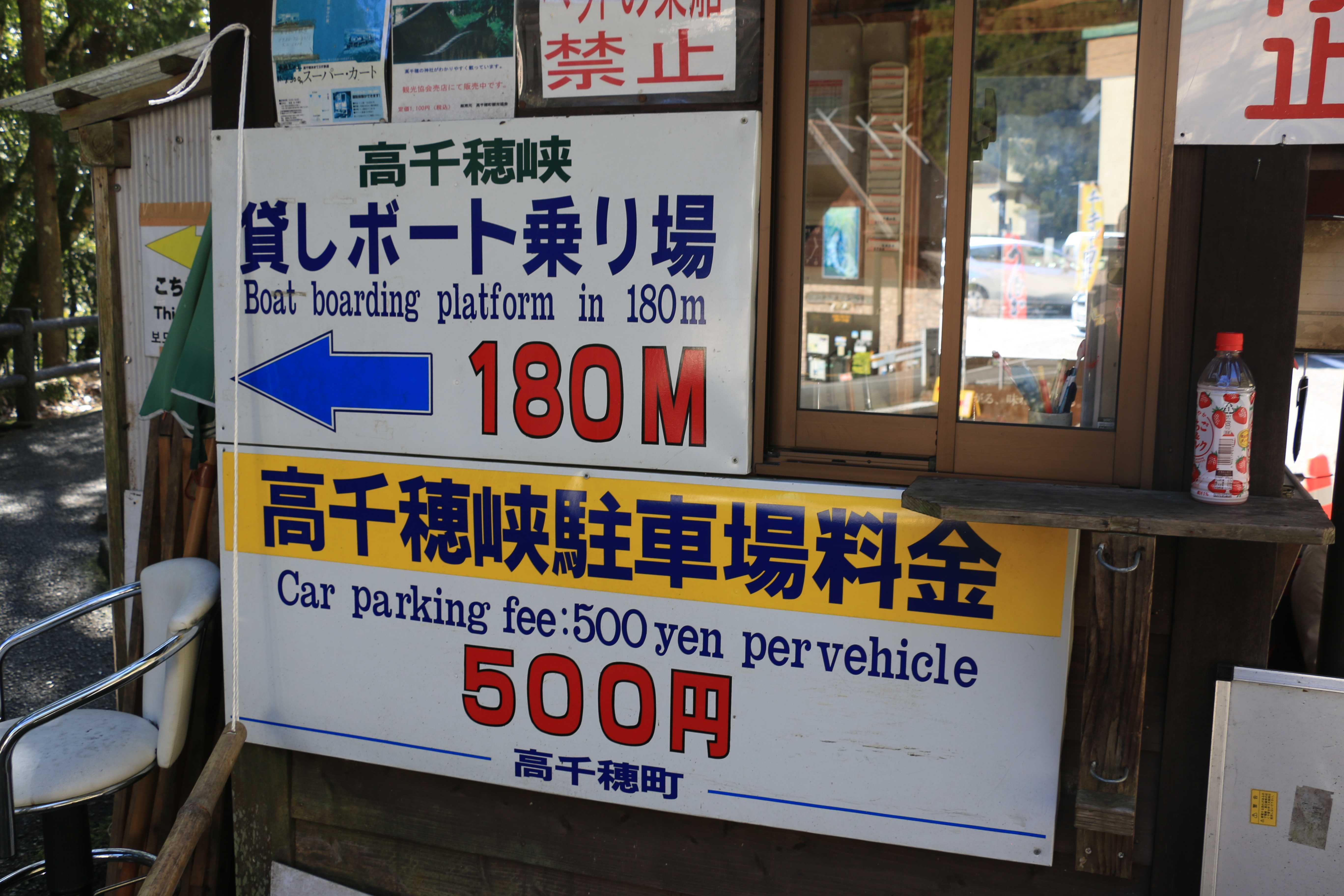 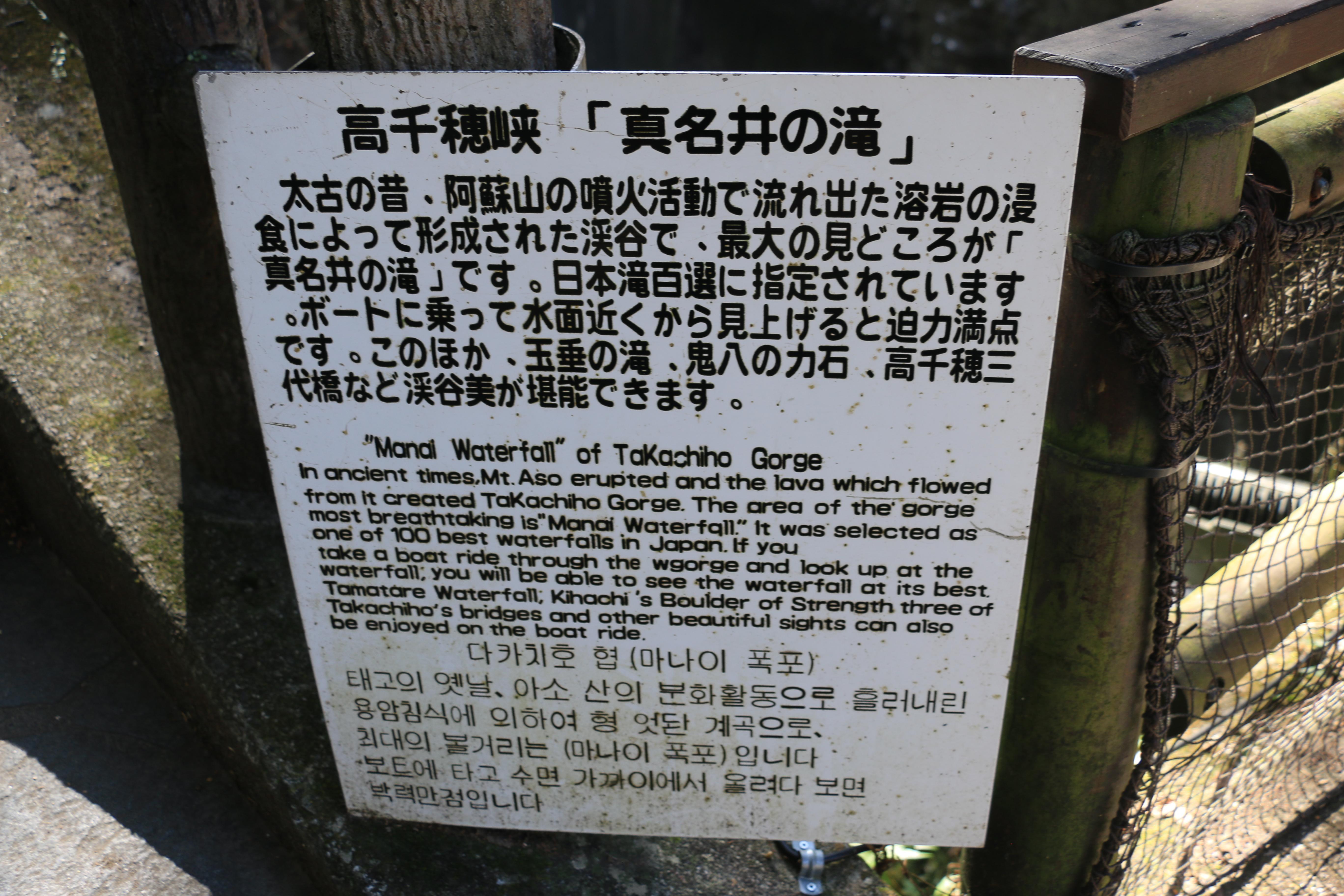 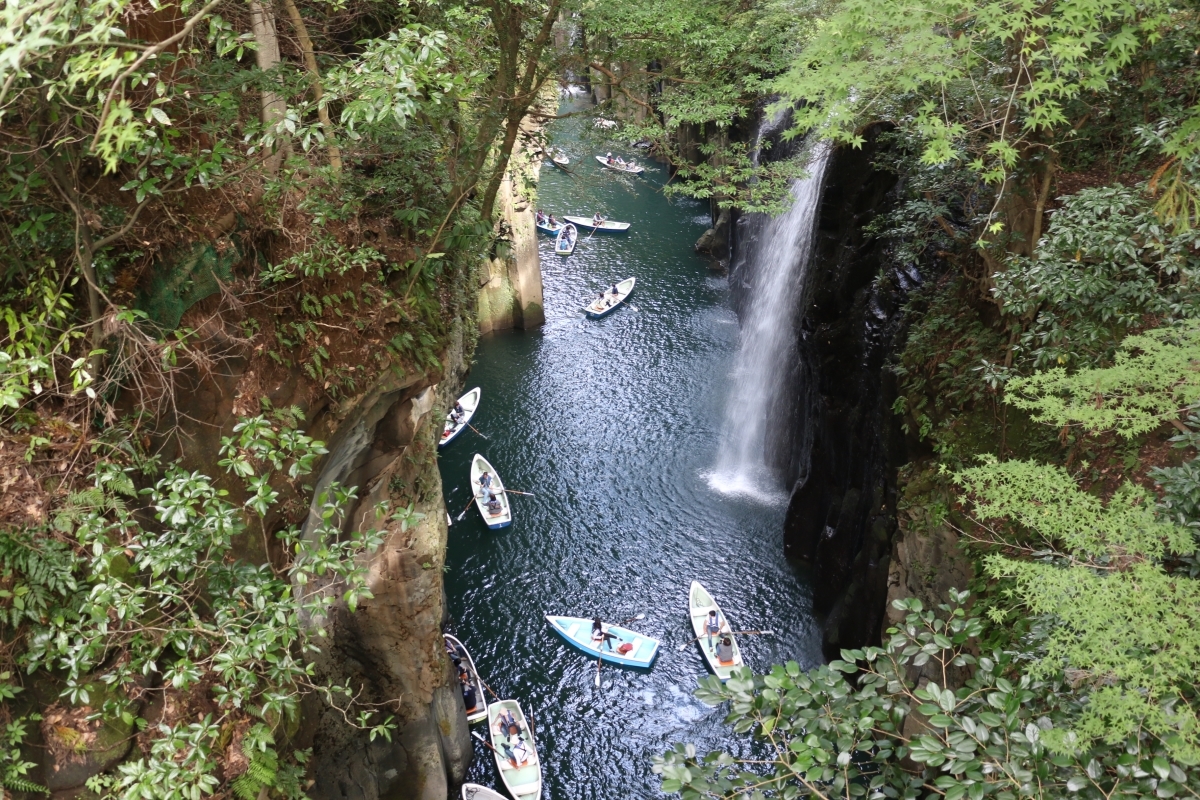 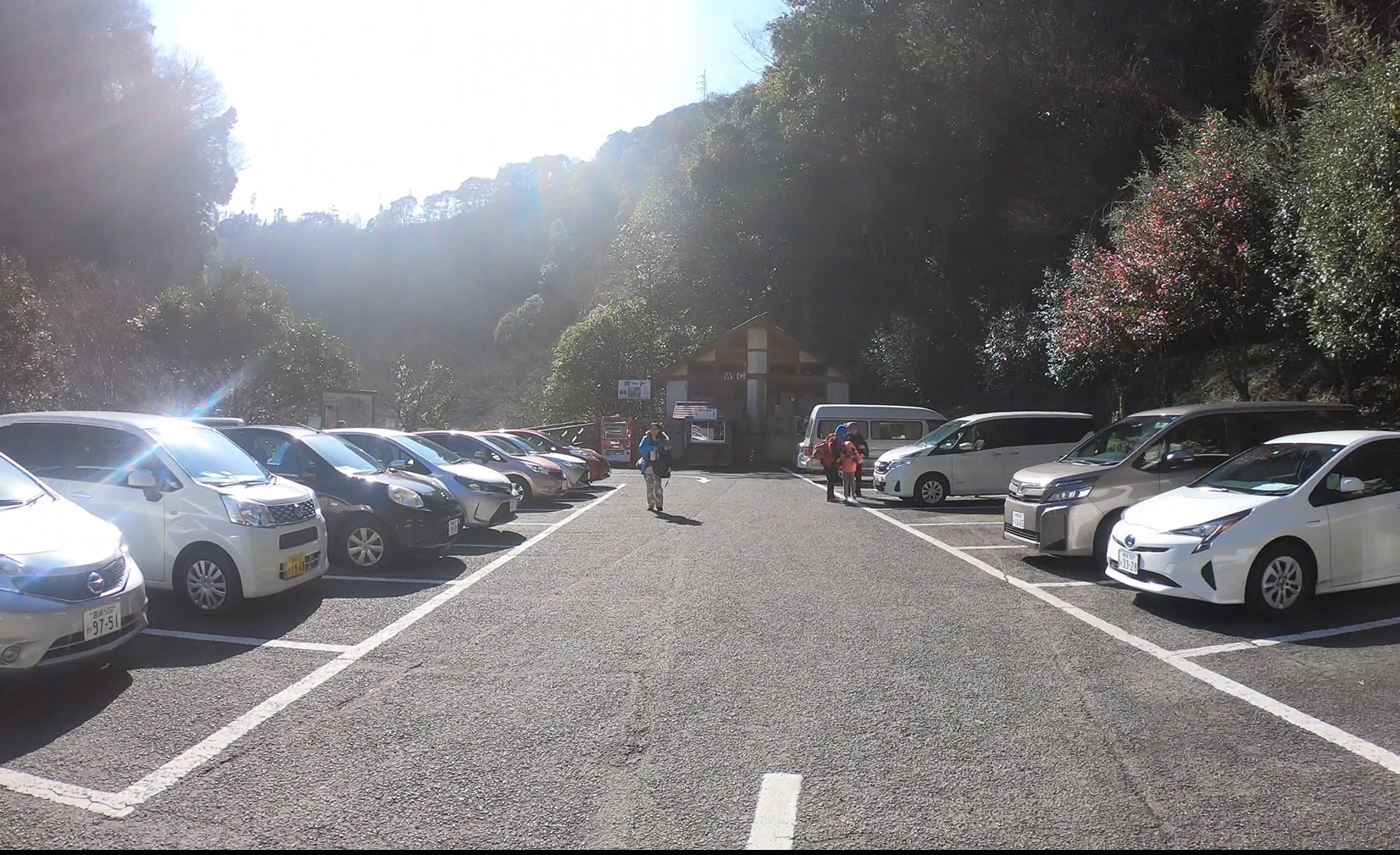 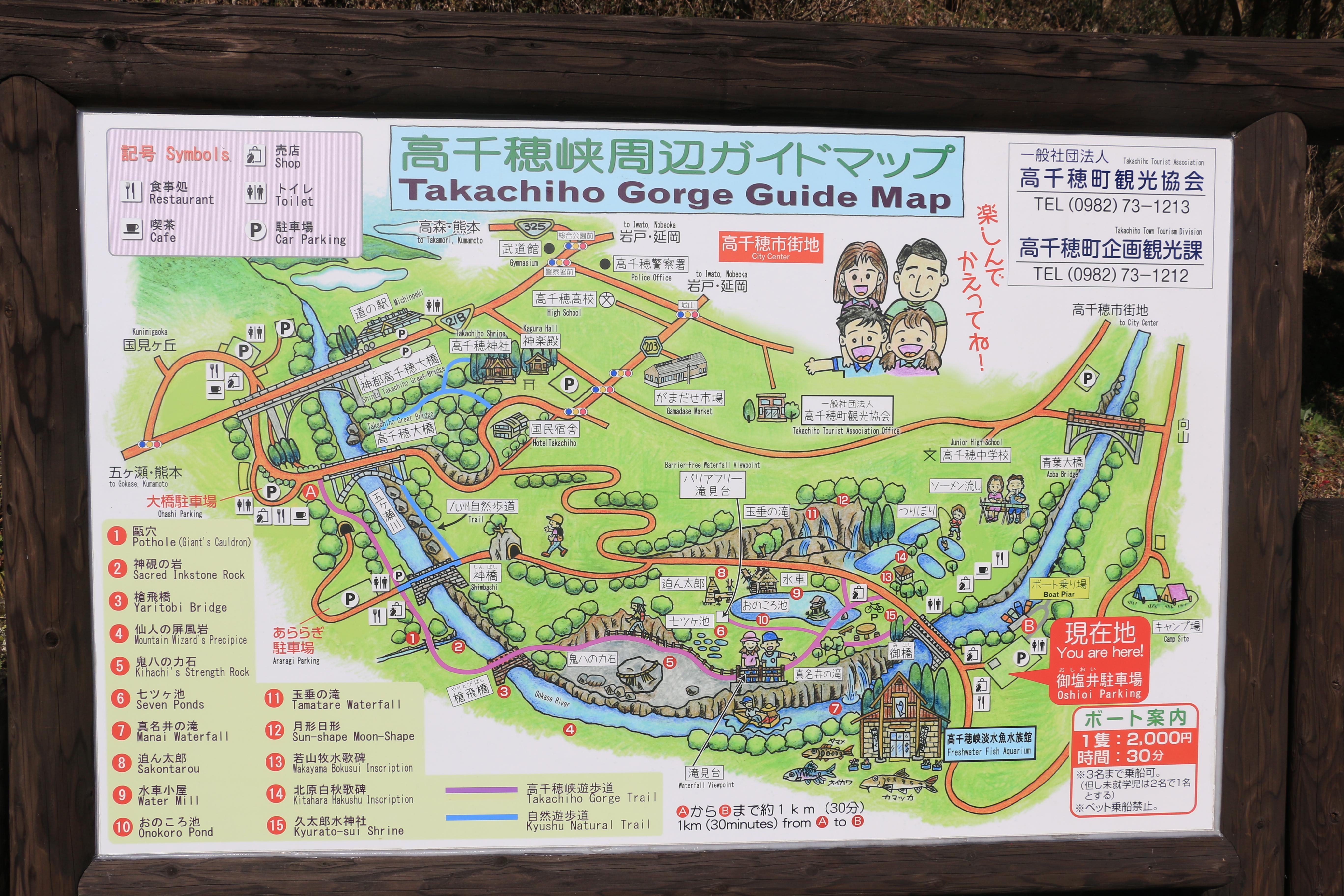 Formed by the eruptions of Mt. Aso, Takachiho Gorge is a glistening narrow chasm cut through roak by the Gokase River. Travel far enough down and you’ll see a true feat of nature: the 17 meter high Minainotaki waterfall cascading down to the river below, against a beautiful backdrop of dense green foliage and heavy grey cliffs. One can enjoy the gorge from two persepctives. The first, and most highly recommended is through an immersive boat ride. Rental boats are available at the south end of the gorge, where the water stands still and is easier to navigate. The second way, for those who want to do a little bit more exploring, is to walk the paved pathways that run along the edge of the gorge. This trail continues for about 1km of serene views. This is one of the top 400 spots to see in Japan, and is a highly recommended must-see from us!

Advice:
While traveling here, be sure to spend sometime around the southern edge of the gorge, where you can find a freshwater aquarium, a stocked fishing pond, and a few authentic eatieries and souvenir shops. For the best views, visit the gorge during the summer months, when it is illuminated until 22:00.