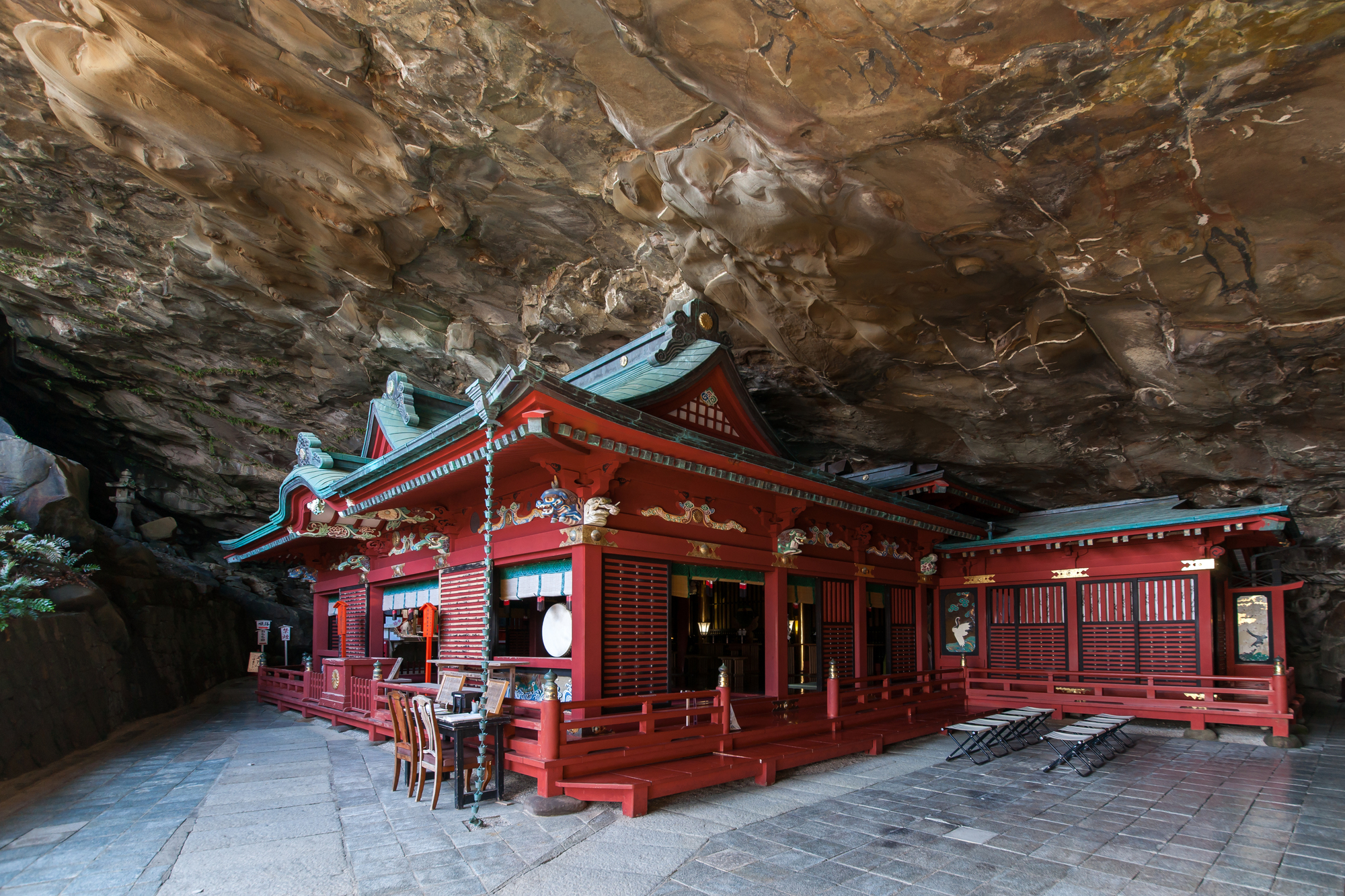 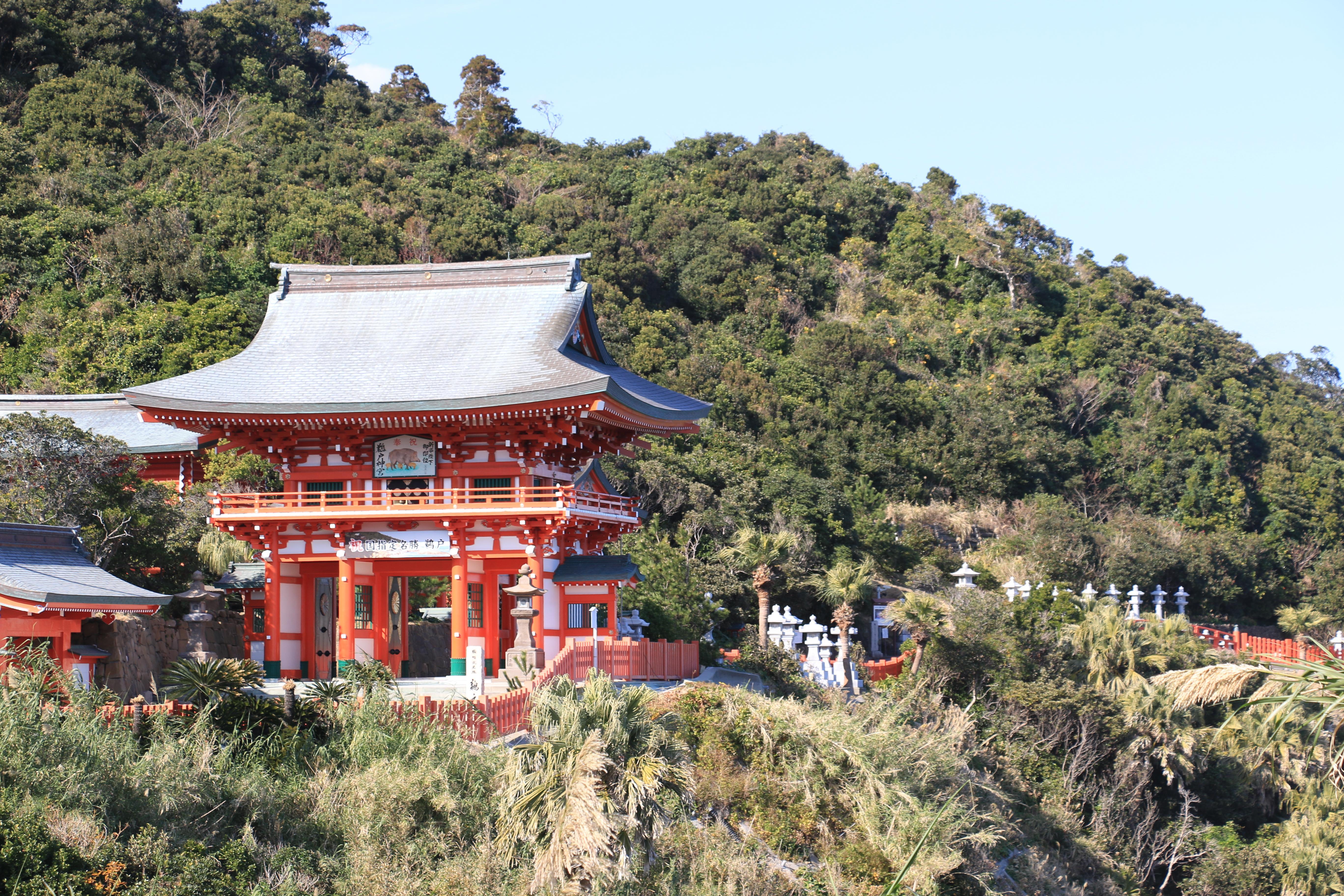 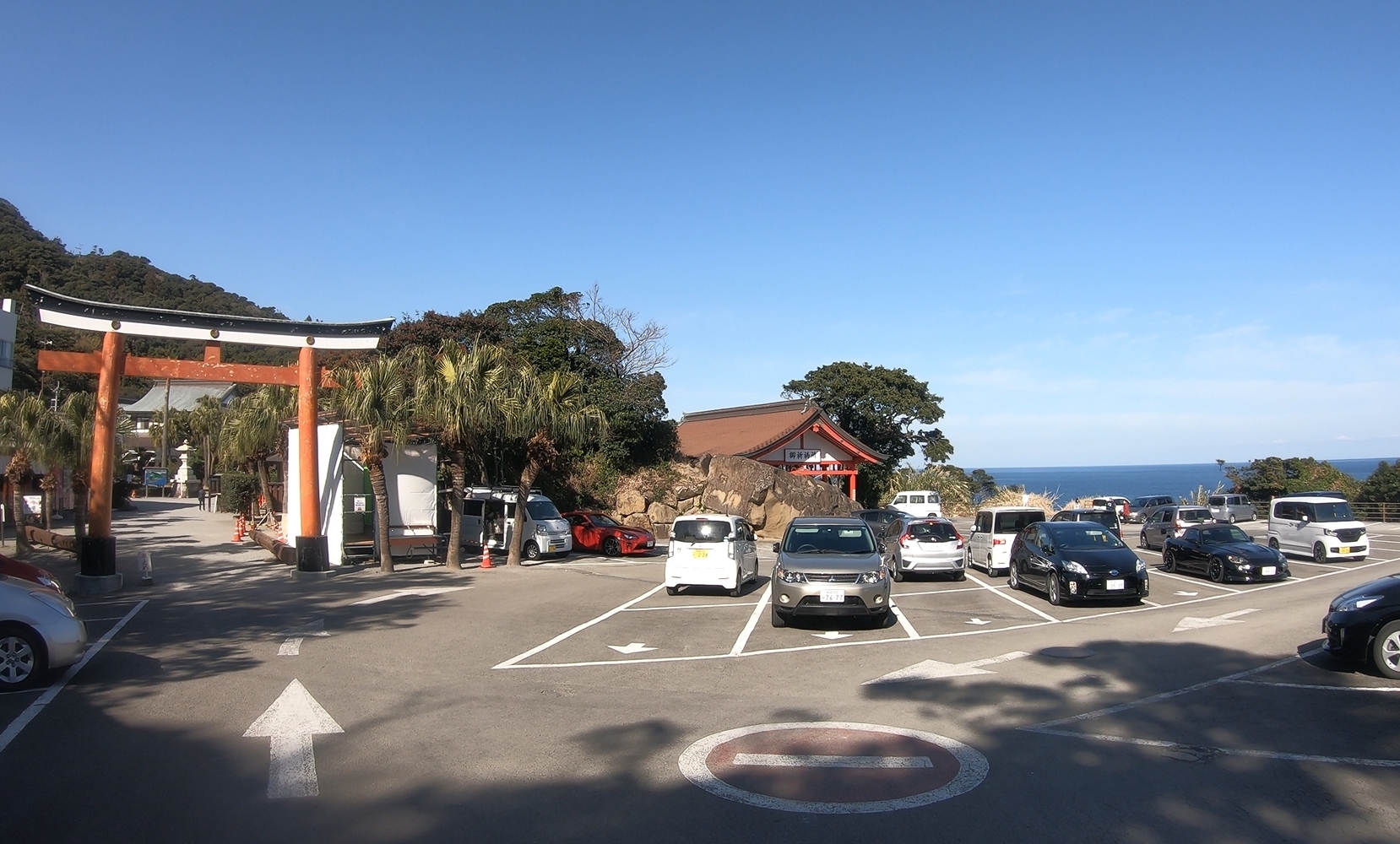 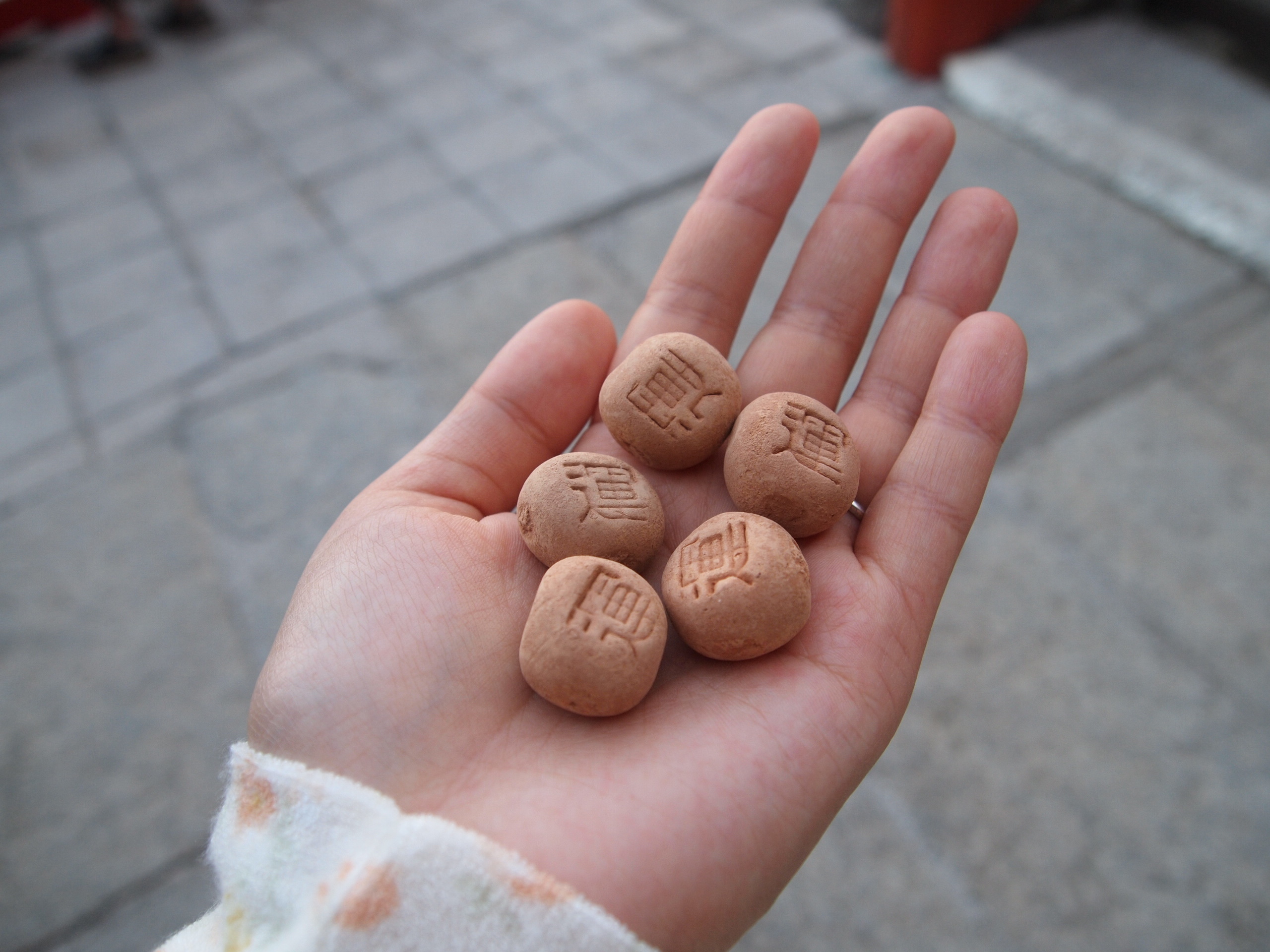 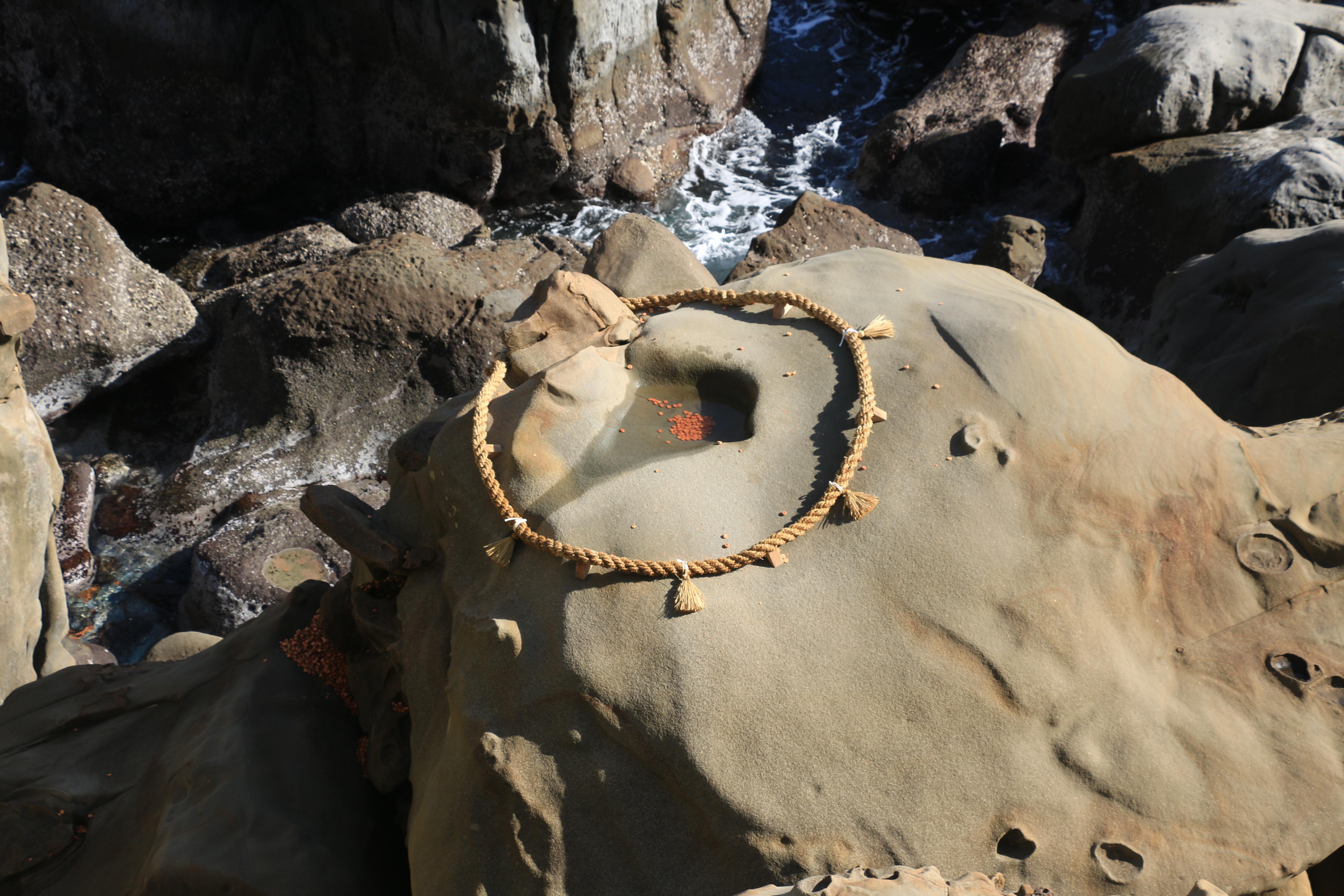 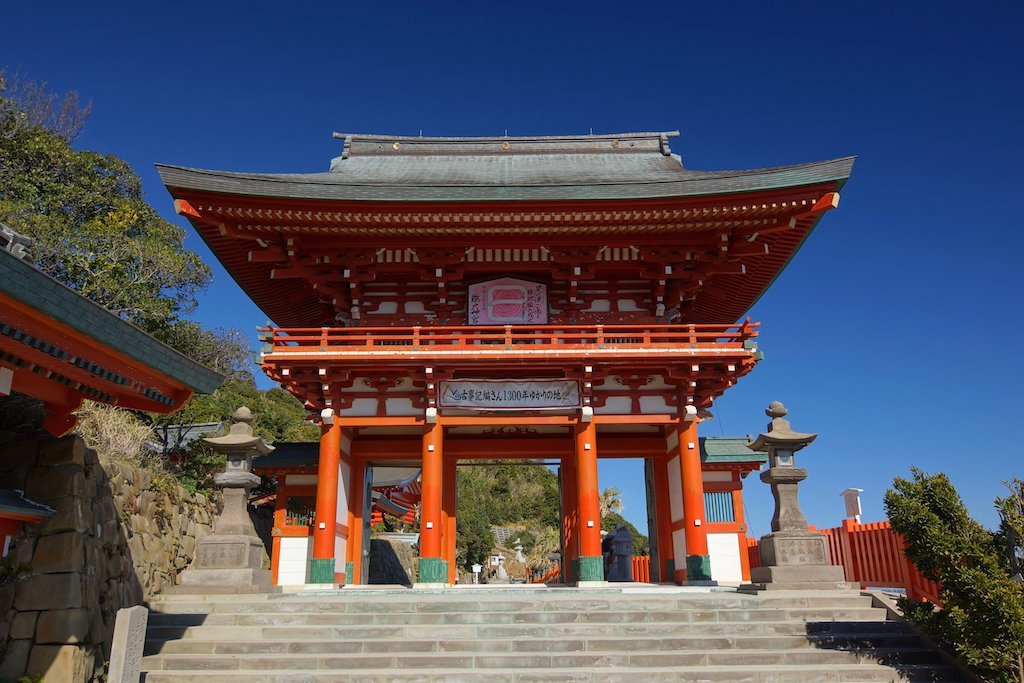 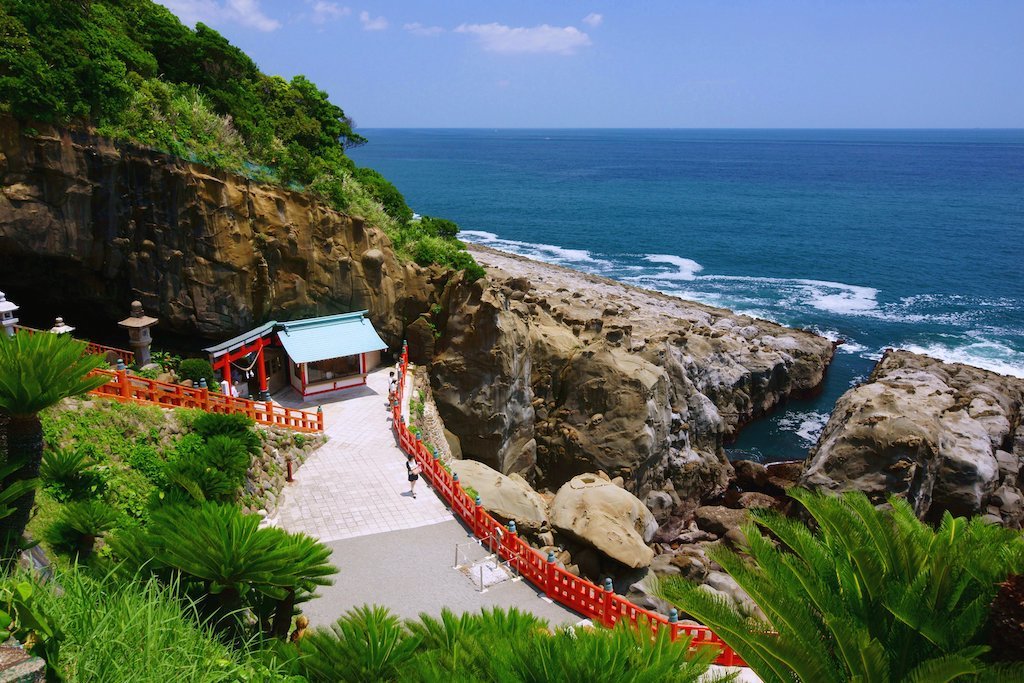 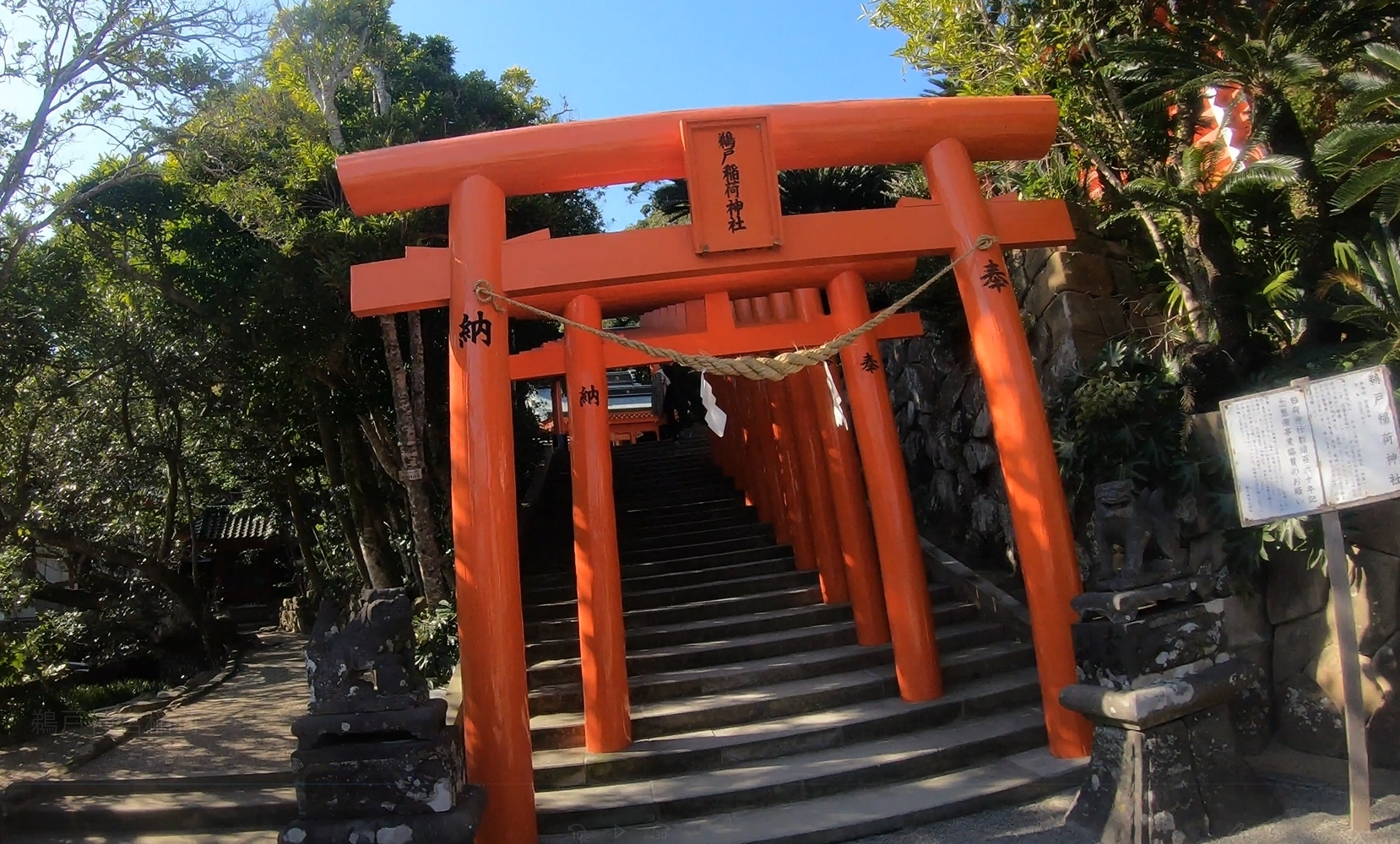 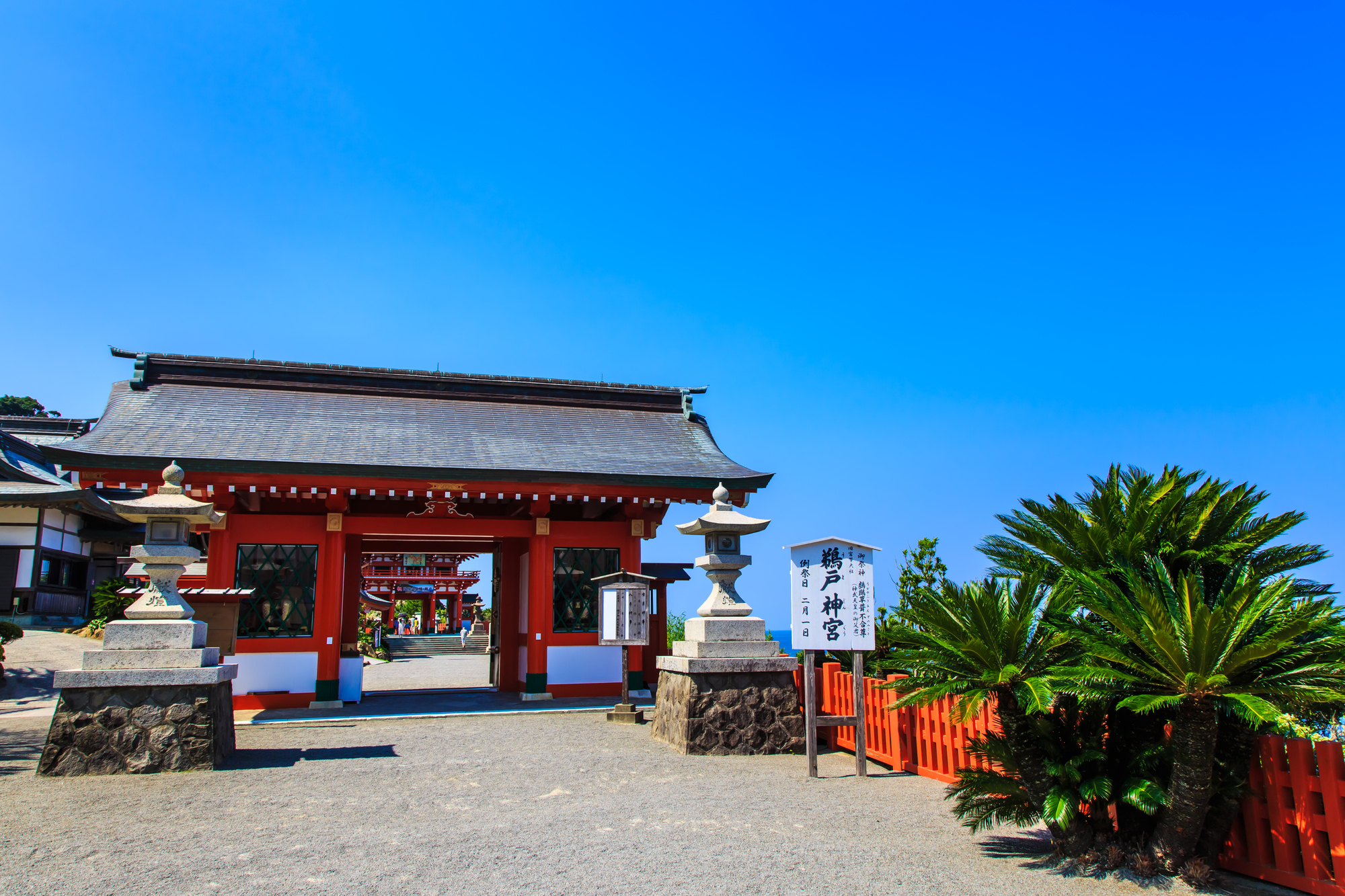 Udo Shrine, located on the south coast of Miyazaki City, is a tribute to Emperor Jimmu, the first mythical emperor of Japan. This brightly painted shrine is set in a cave on the side of a cliff overlooking the ocean and spectacular view. If you look up, you can find breast shaped rocks that are said to have nourished Emperor Jimmu during his early days. One of the most interesting things to do here is to drink the water that drips from these rocks--it’s said to be beneficial for pregnancy, childbirth, nursing, and for women hoping to have a child.

Advice:
Outside the cave is a terrace overlooking the ocean. Among the rocks is a target marked by rope into which people try to throw small ceramic undama, or lucky balls that you can buy at the shrine for a small fee. These balls are meant to be good luck.