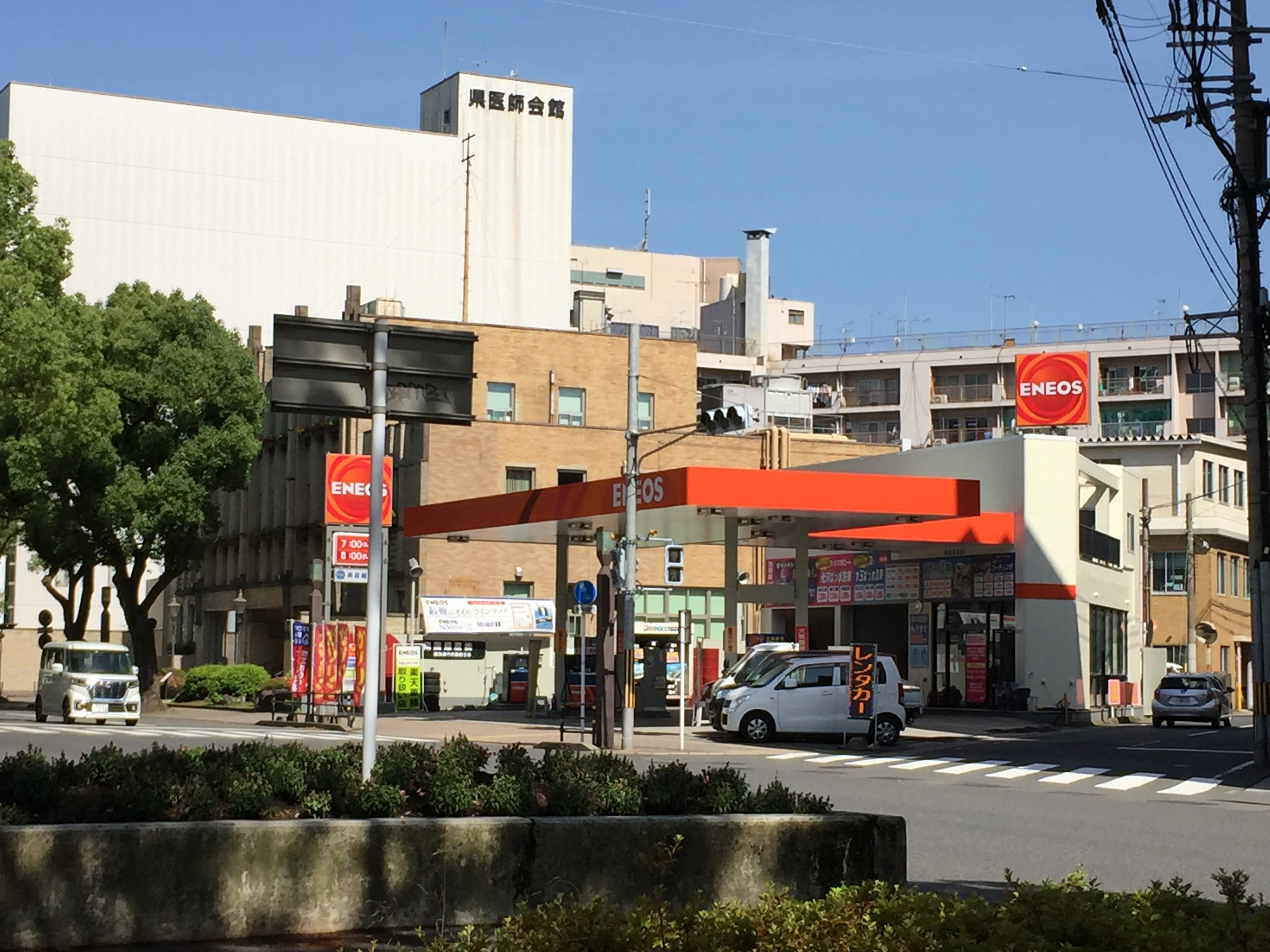 "Before dropping your rental car off at the Nippon Rent-a-car station and continuing to Kagoshima Chuo Station you will need to refill the gas of your rental car here. The gas station is located very close to the rent-a-car station, in the center of Kagoshima city center. Please try to arrive here around 1h 30m before your train departure so you have time to return your car before your departure.