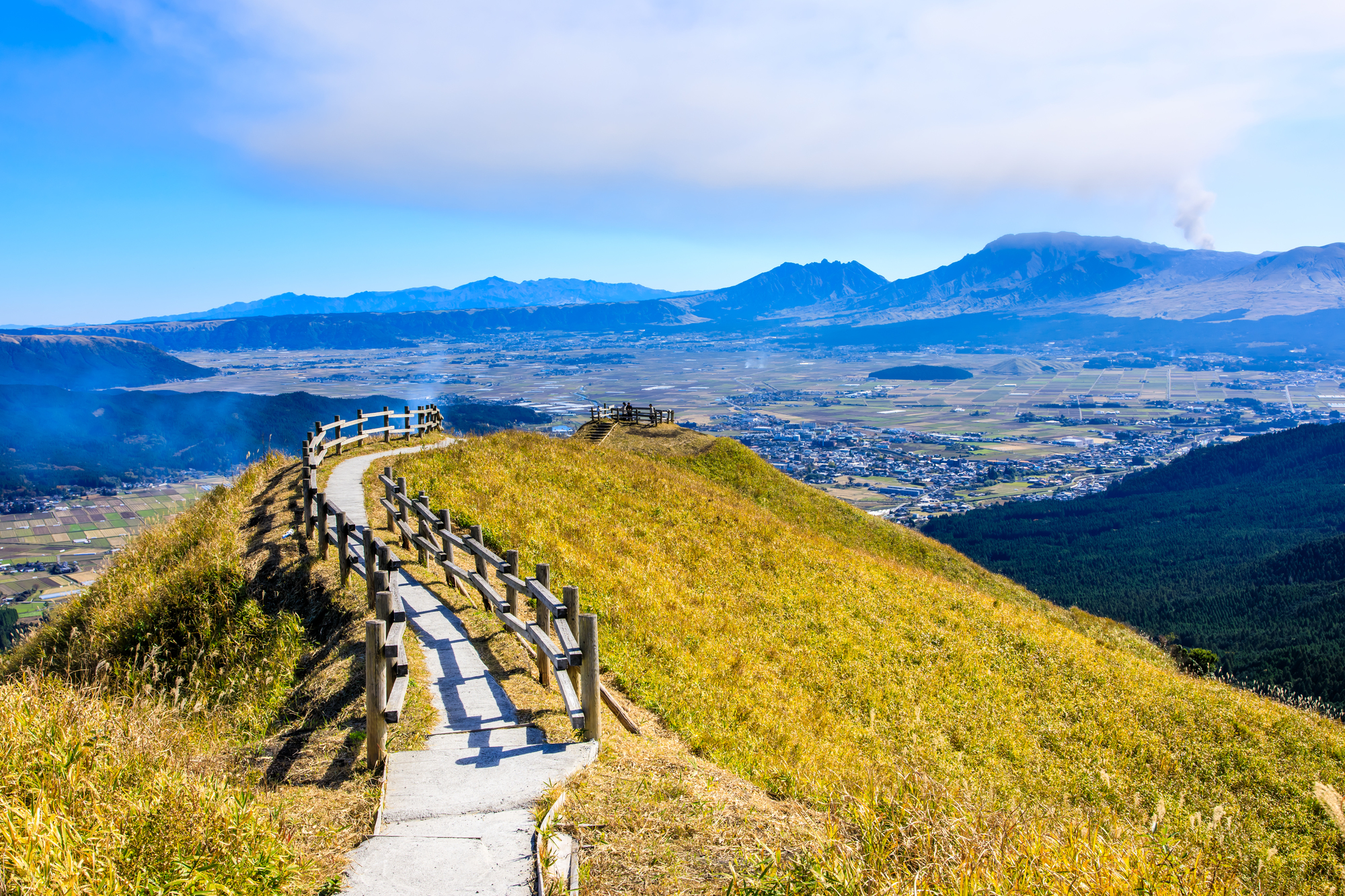 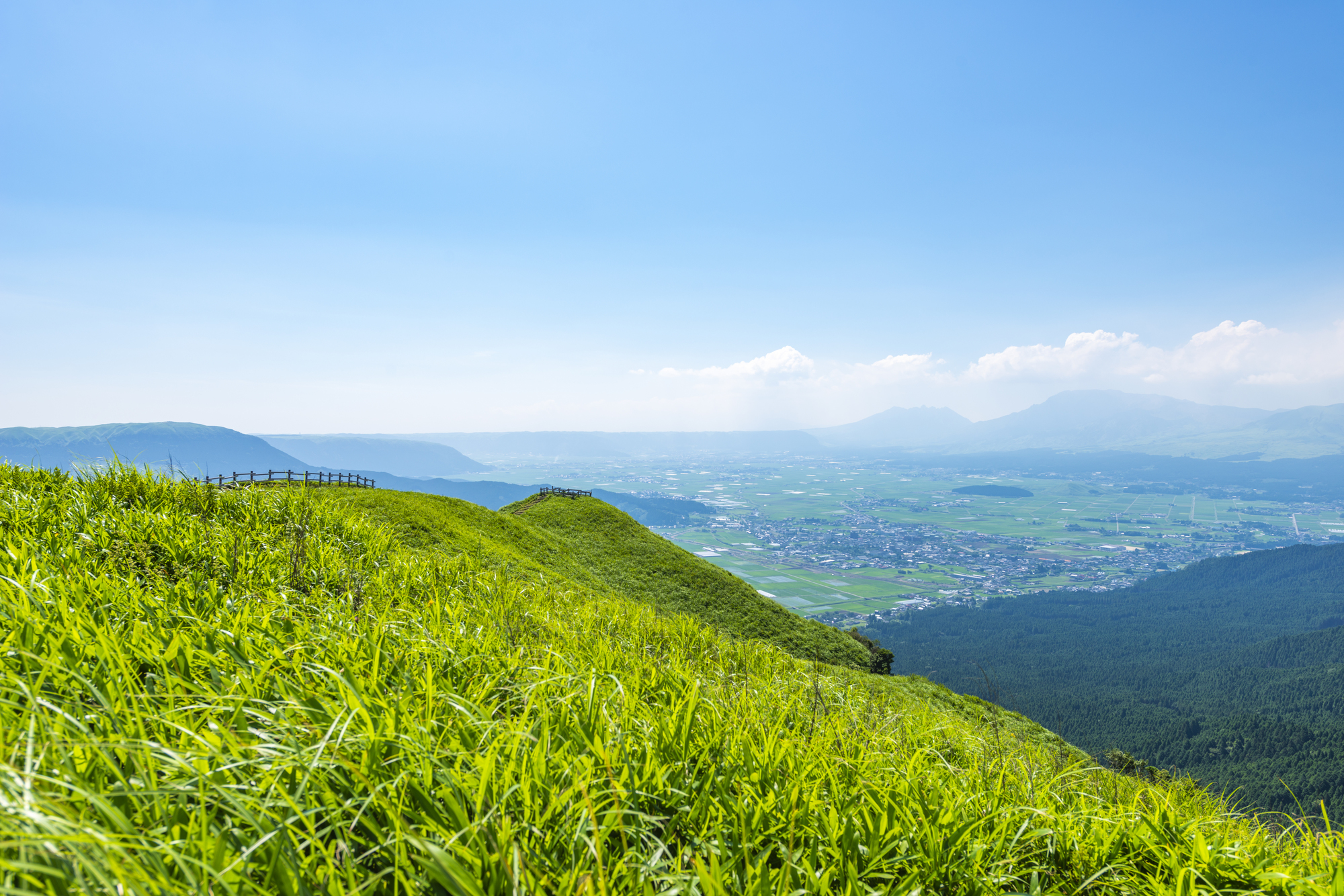 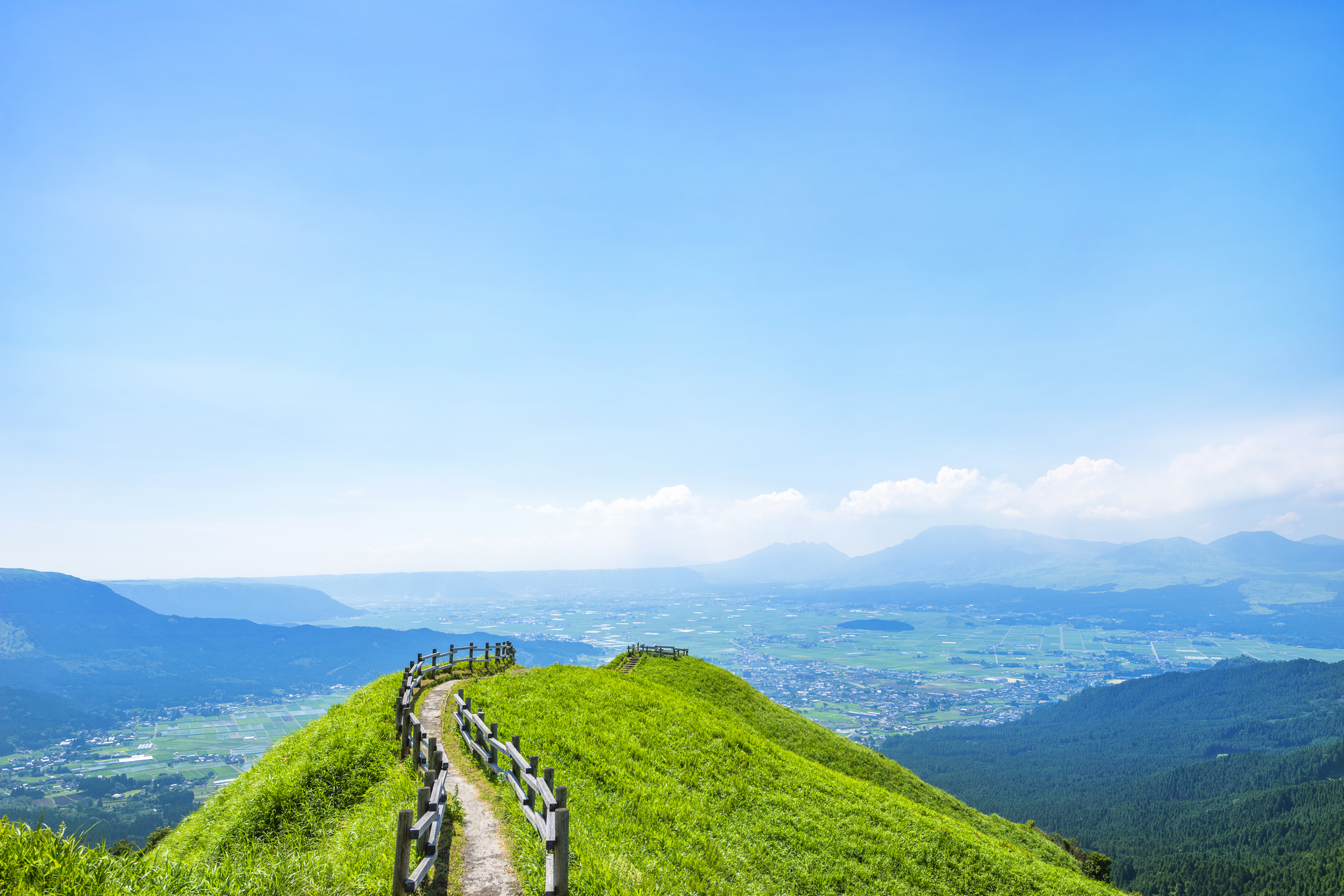 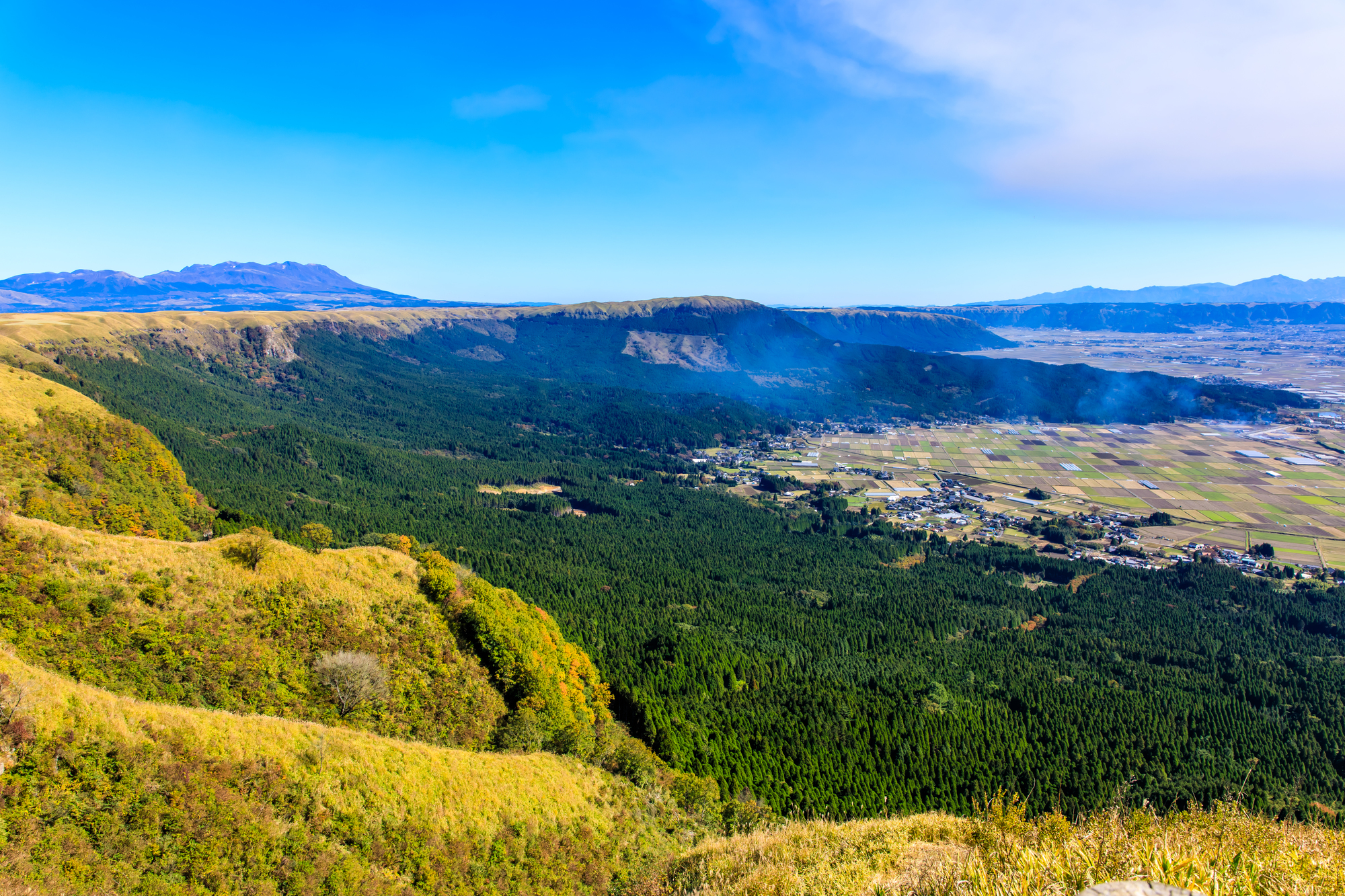 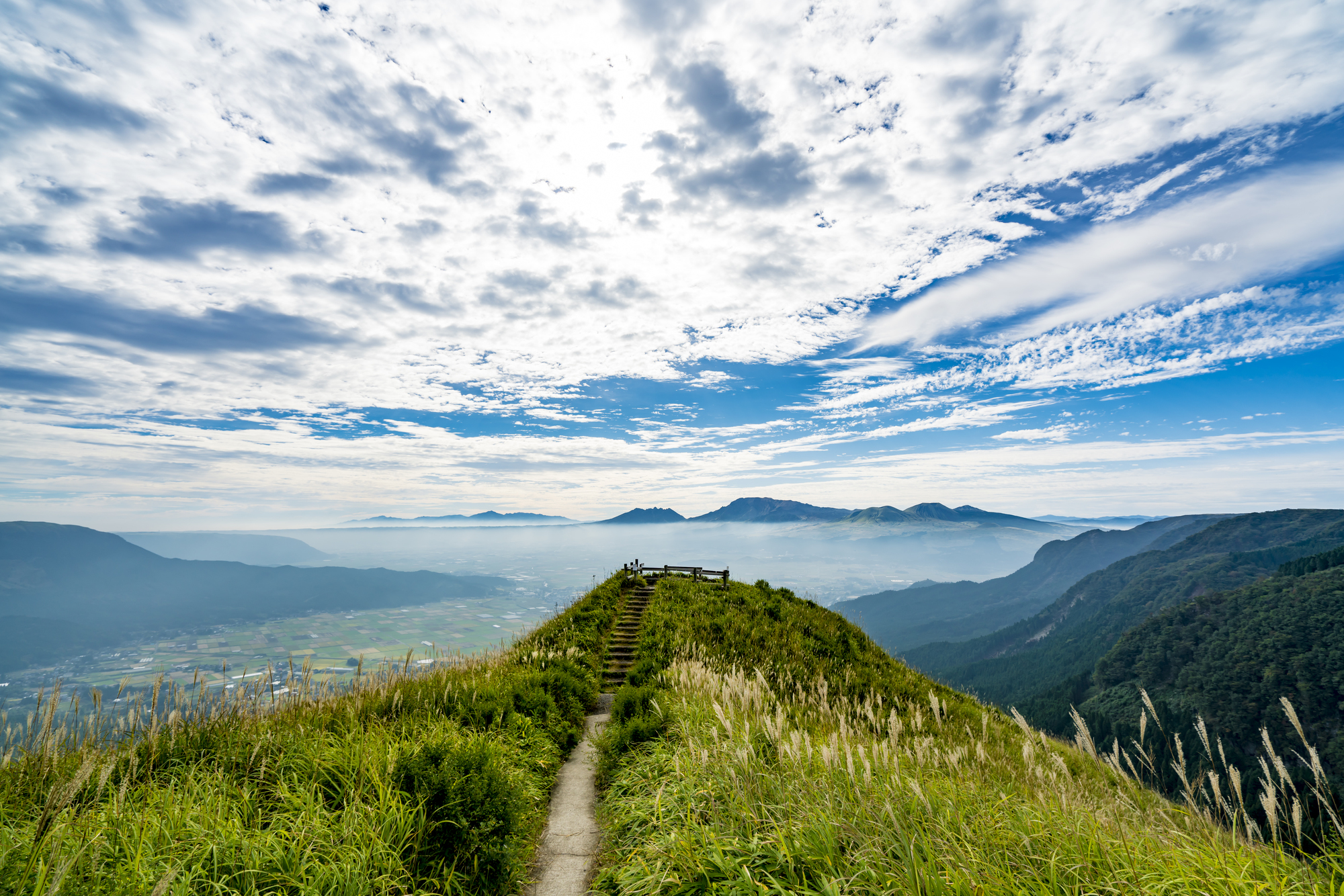 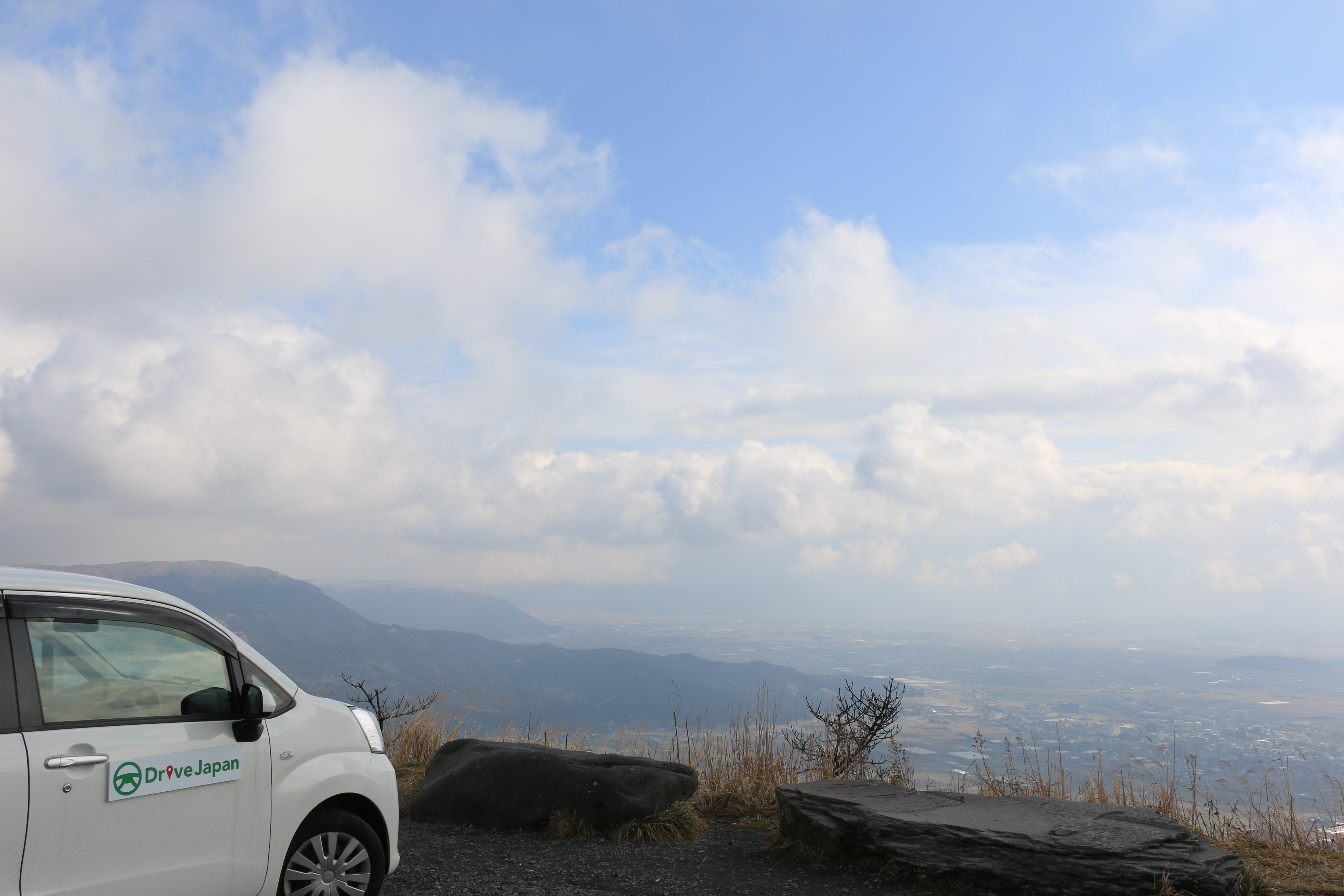 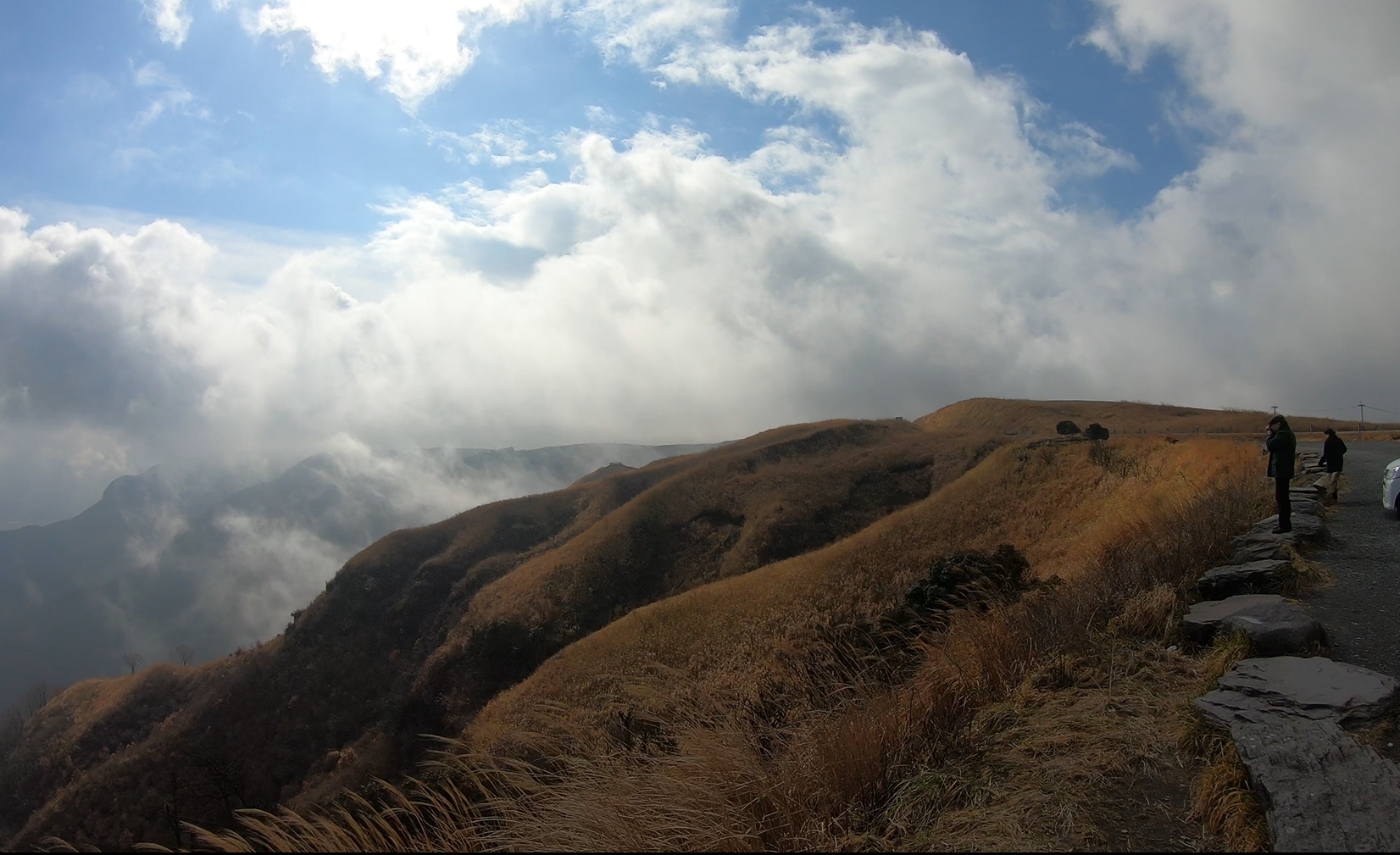 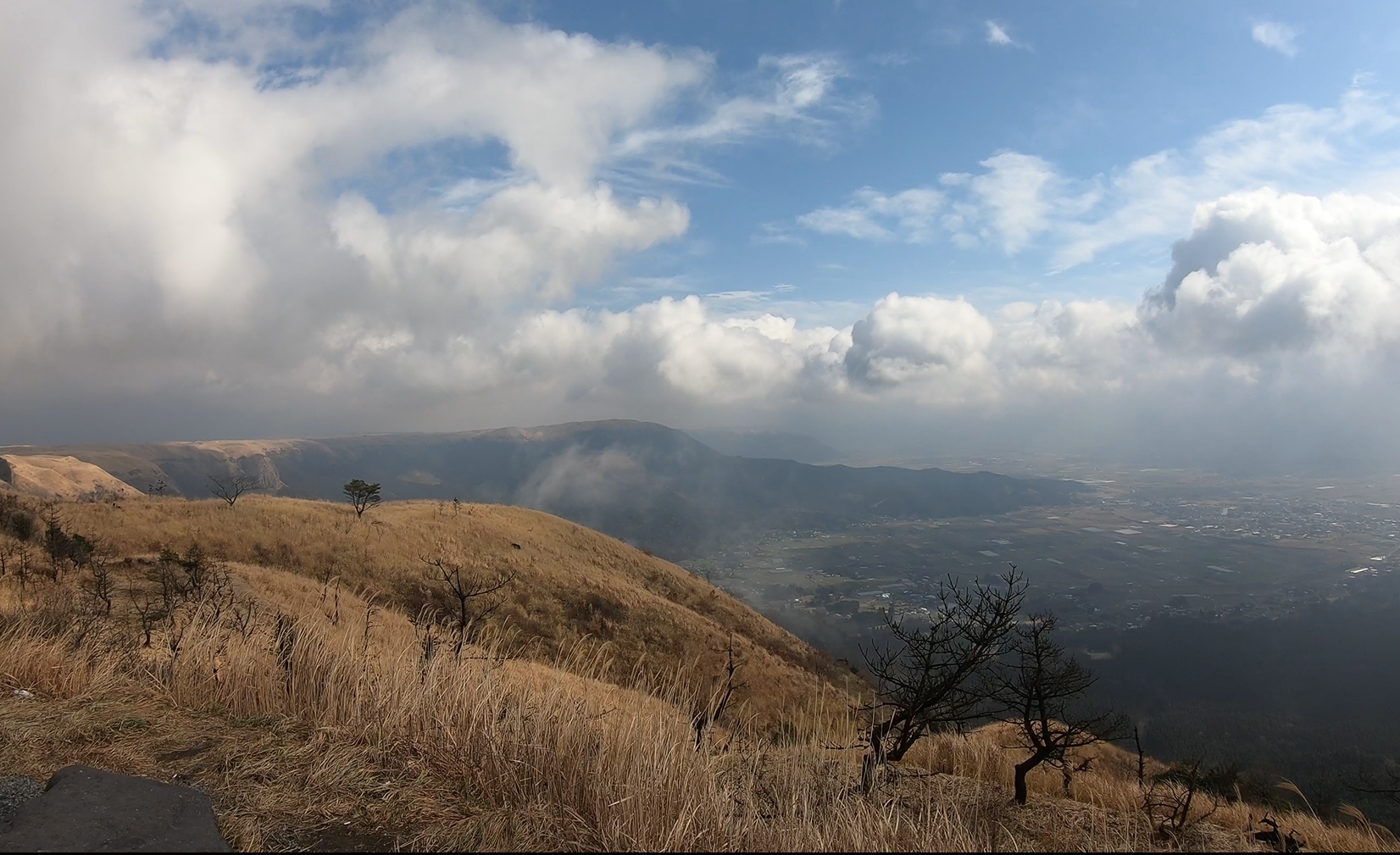 If you want to feel like you’ve stepped into an animated film from Studio Ghibli, “The Milk Road” view from the Nishiyunouraenchi Observatory in Kyushu is one place you won’t want to miss. From here, you’ll see the road that runs through the expansive grasslands along the ancient rim. If you keep following it, you’ll be lead to one of Japan’s best kept secret locations, The Road to Laputa. A highly recommended spot, from here you’ll be able to look out to the road that leads off into the sky. Even without the early morning cloud cover, the view is breathtaking. As travel experts, we highly recommend this spot for you as it's truly an unforgettable view from a multitude of different observatories that you won't regret!

Advice: Be careful as you drive into this area, since it is prone to falling rocks and other hazards, particularly during times of strong winds and rains. For best views, come early in the morning when the clouds hang low or on sunny, dry days.