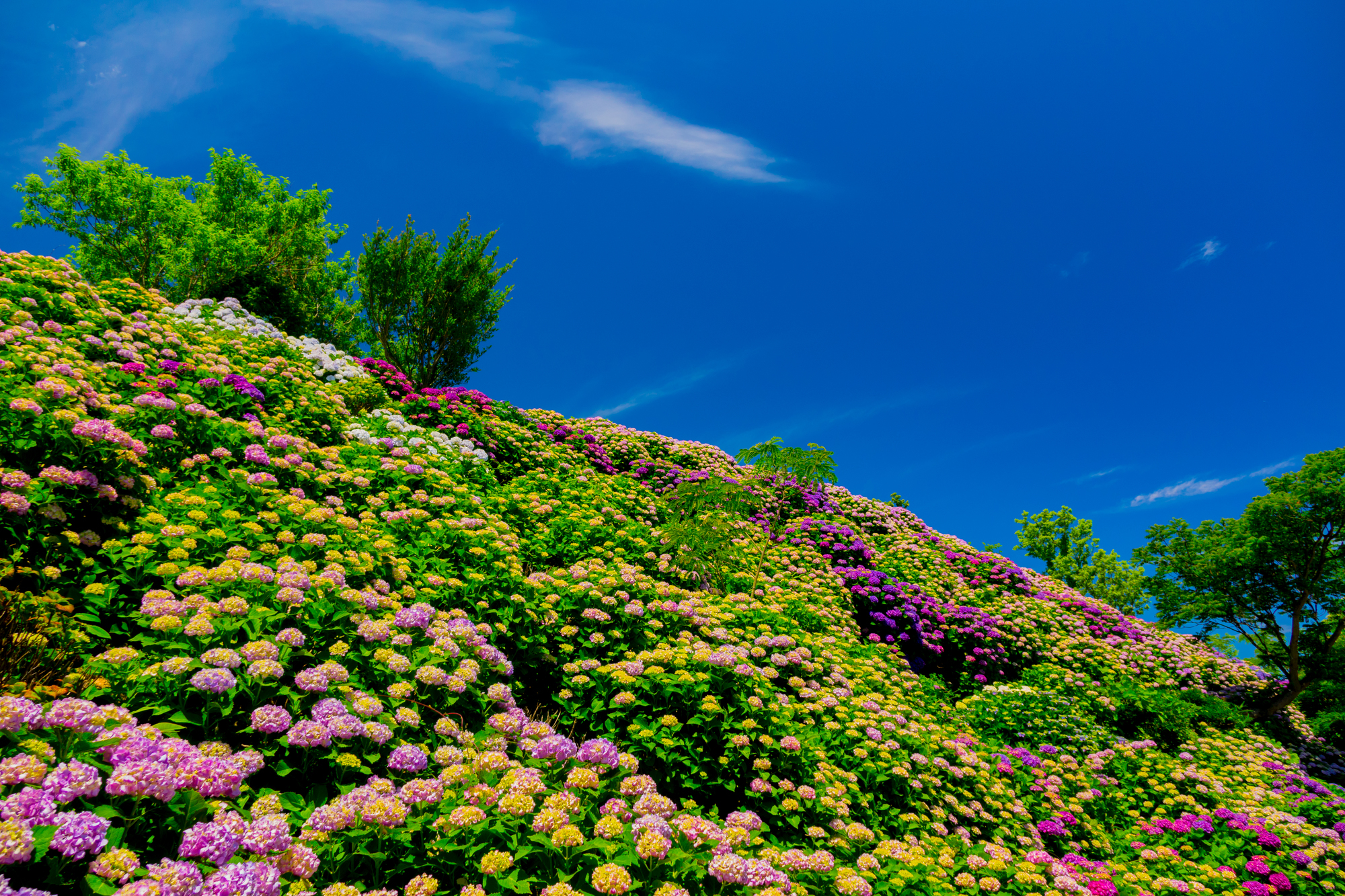 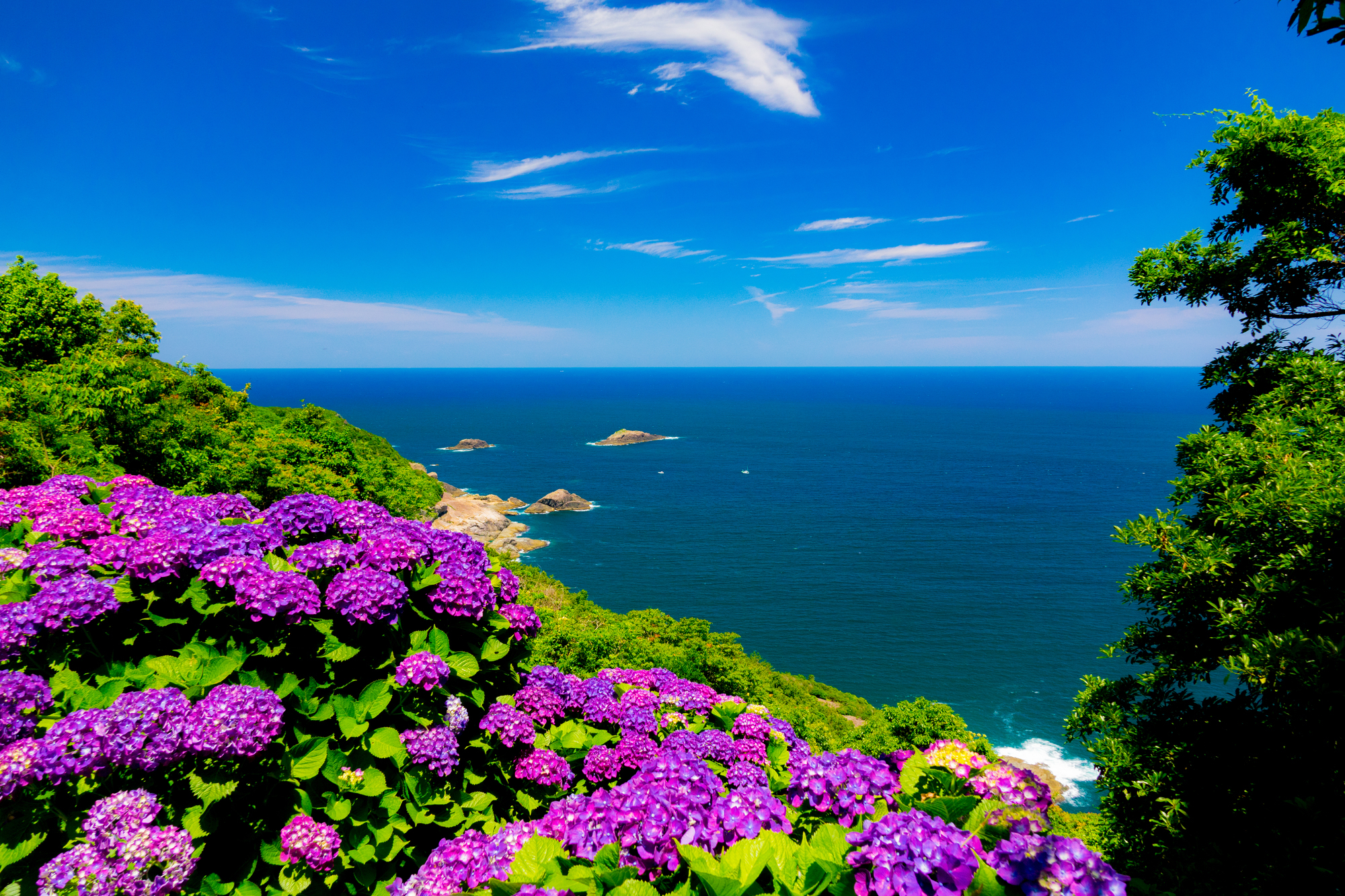 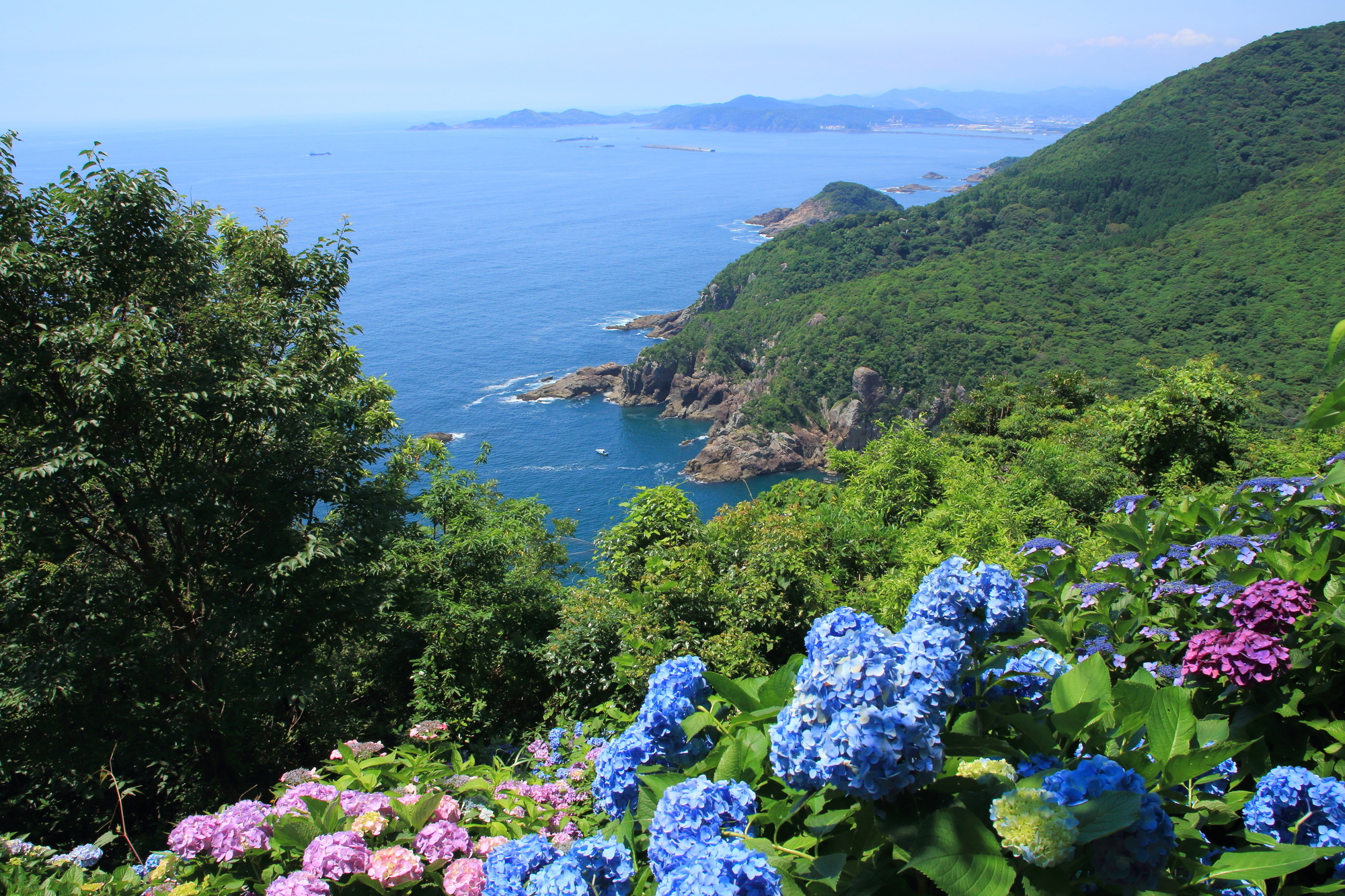 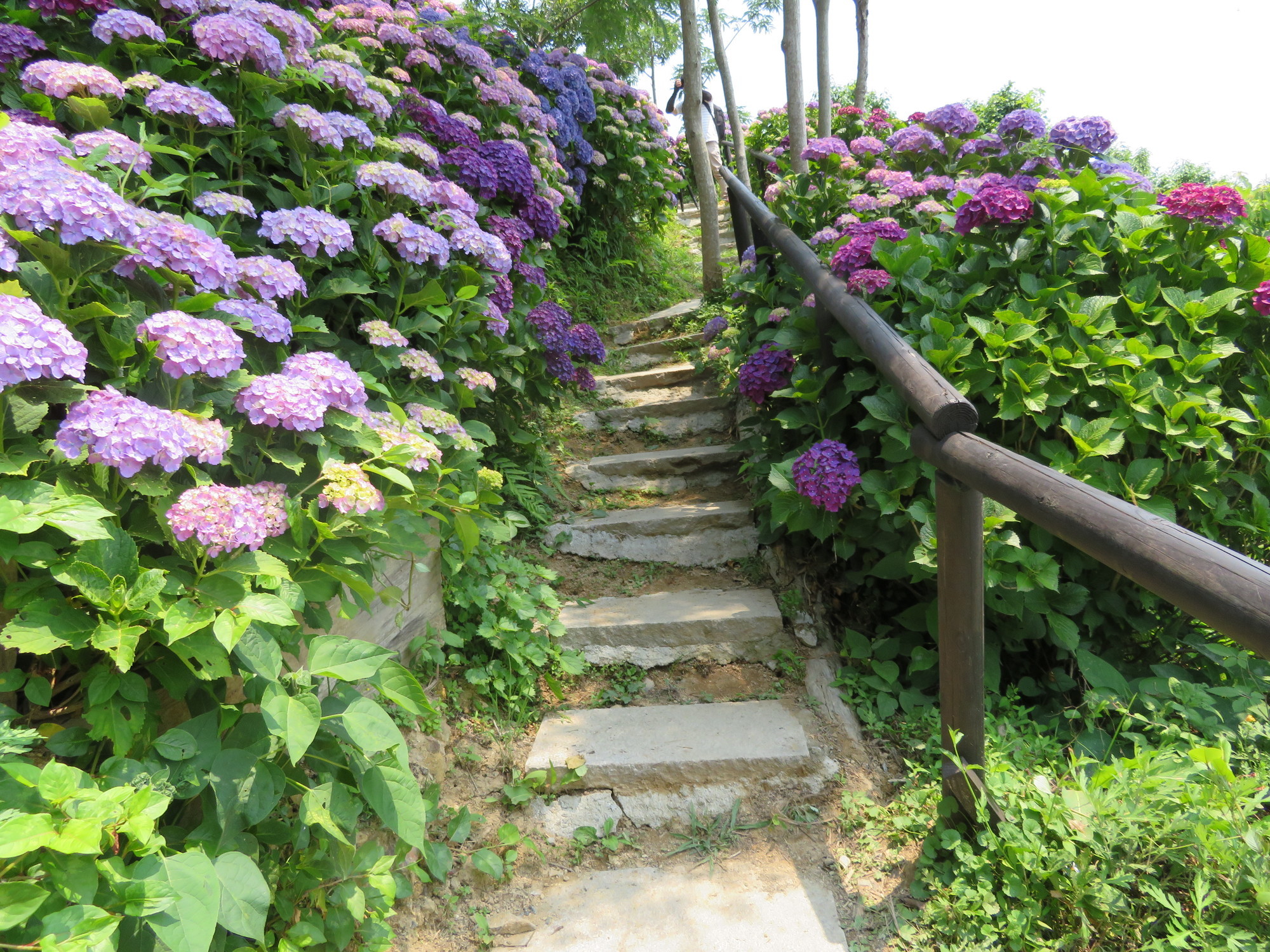 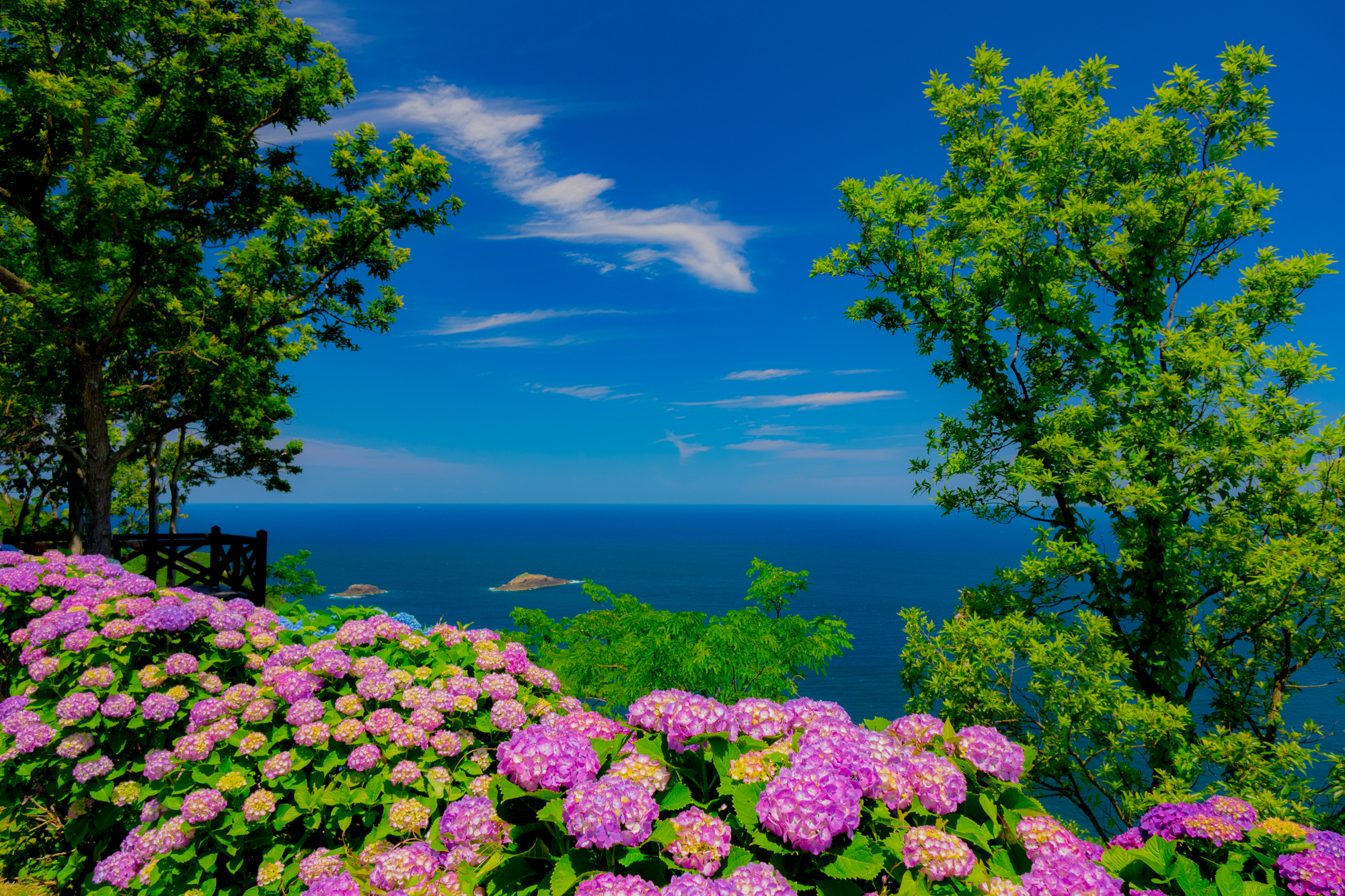 The Togenkyo Point is the perfect spot to connect with nature. You can observe the see, mountains and thousands of different types of flowers. The word you are looking for to describe this location is “magical”. Some would even say “breathtaking”! Why is it unique would you ask? Try to imagine 20 hectares with 2 million of hydrangea, thousands of Jacaranda, water lilies, a myriad of Bougainvillea and many other native plants. All of this surrounded by a delightful scenery with colorful hills and the vivid blue of the sea. It is hardly possible to imagine the beauty of this spot, so make sure to come there to offer your eyes the spectacle they deserve! We strongly recommend it as we ranked it with a strong 4 stars.

Advice:
If you come to this spot, consider also visiting the Tomiyama observatory. It is only 1.5km away and proposes an even better costal view. The below MAPCODE will bring you there.
MC: 136 565 213