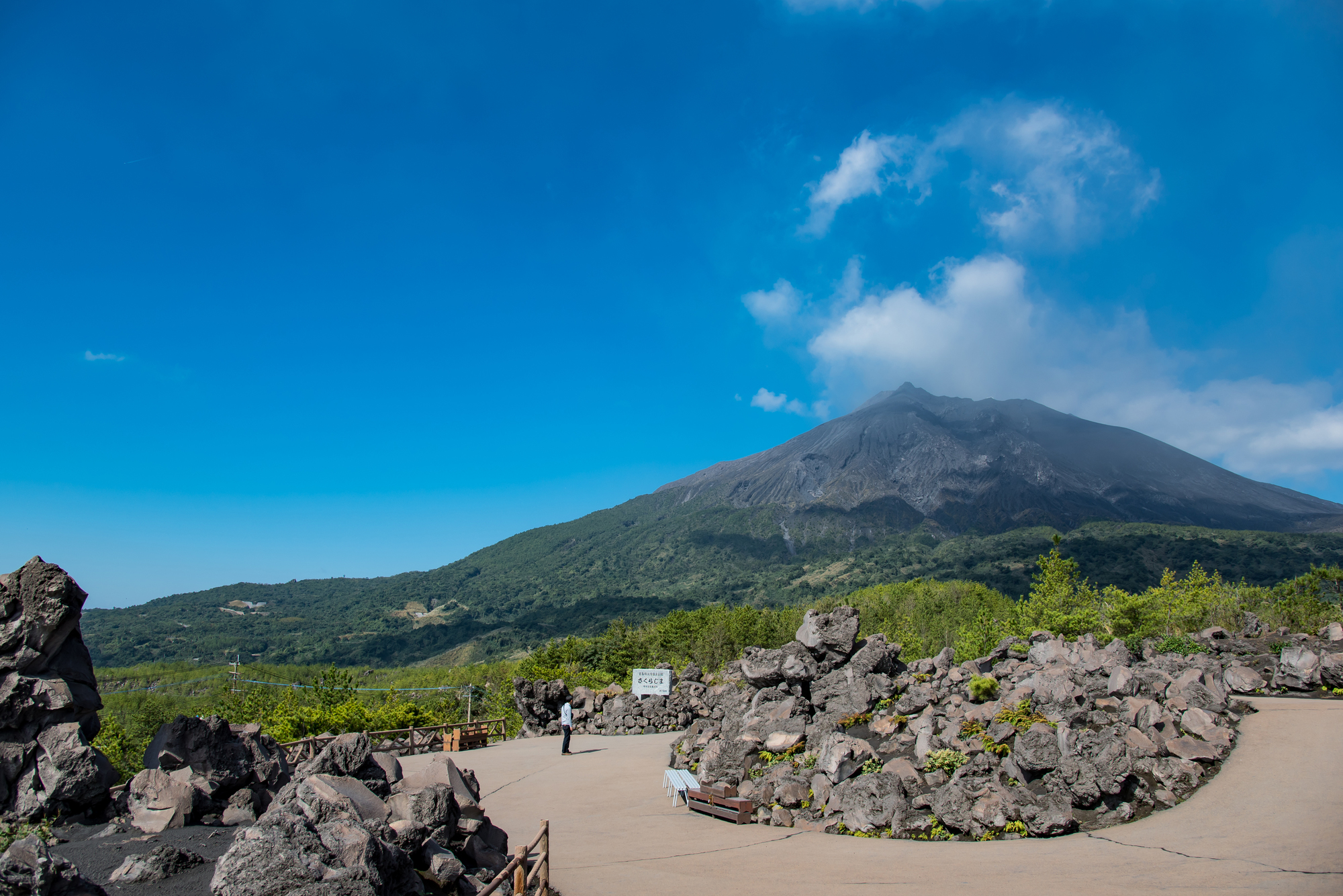 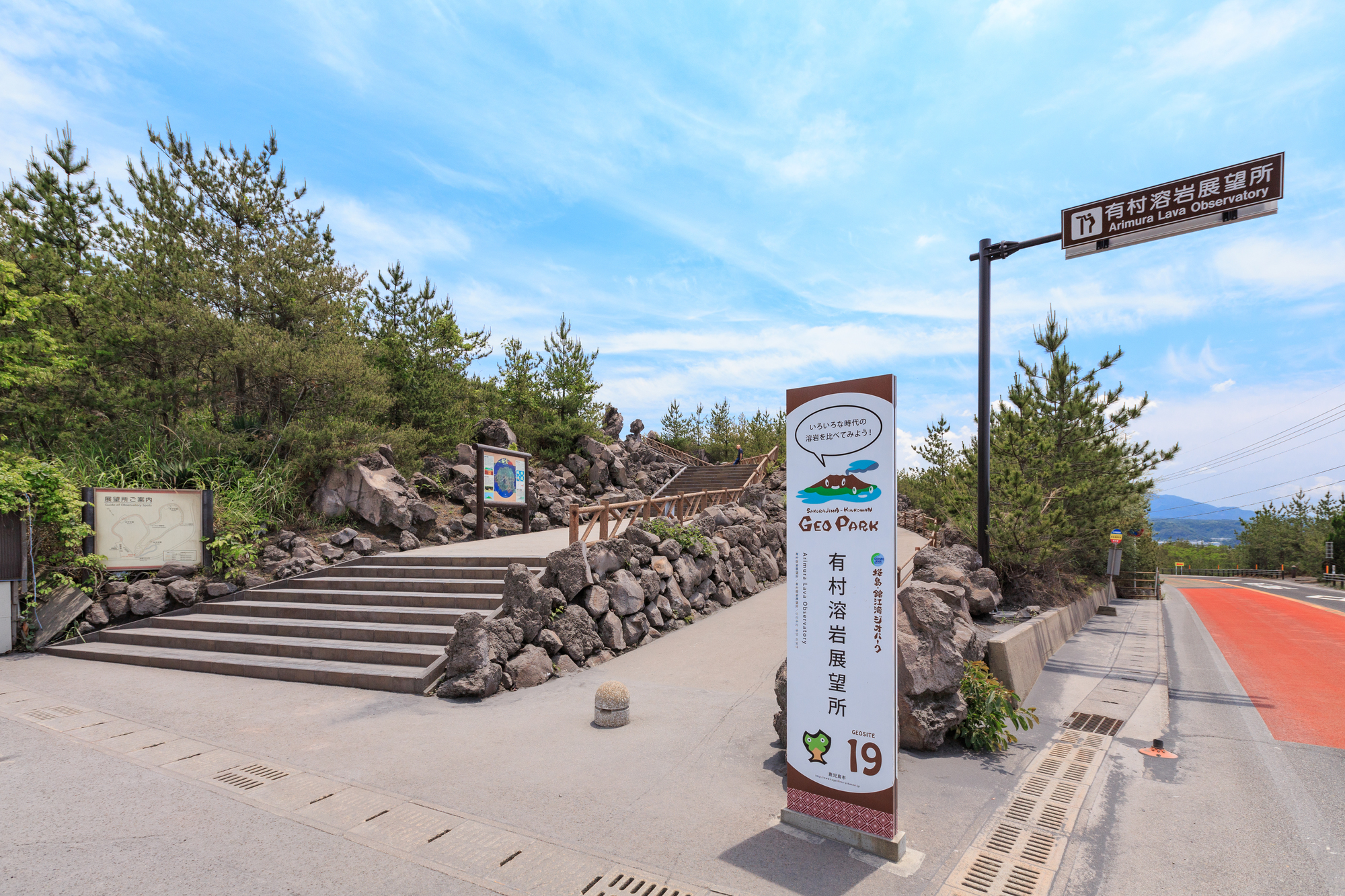 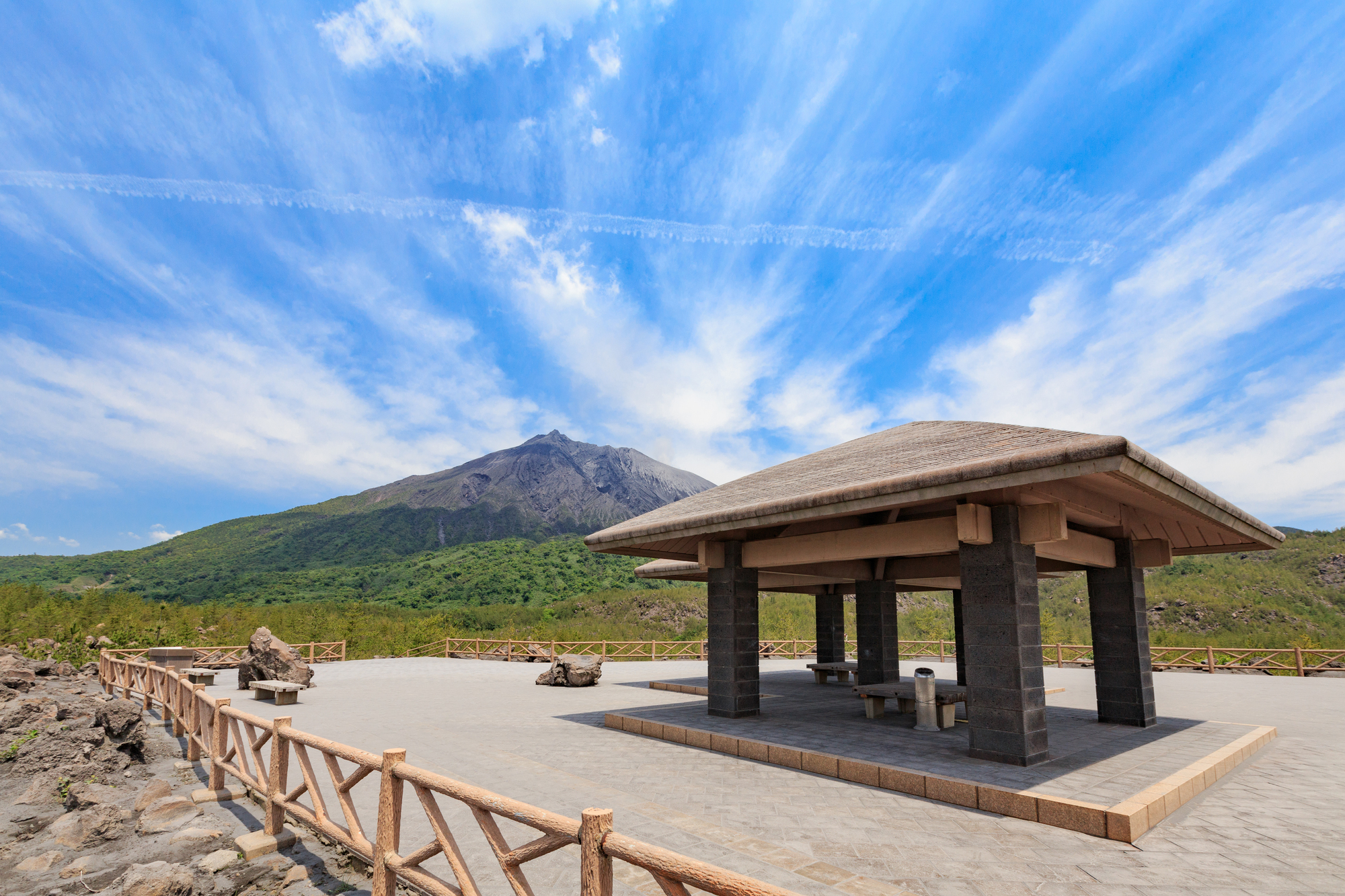 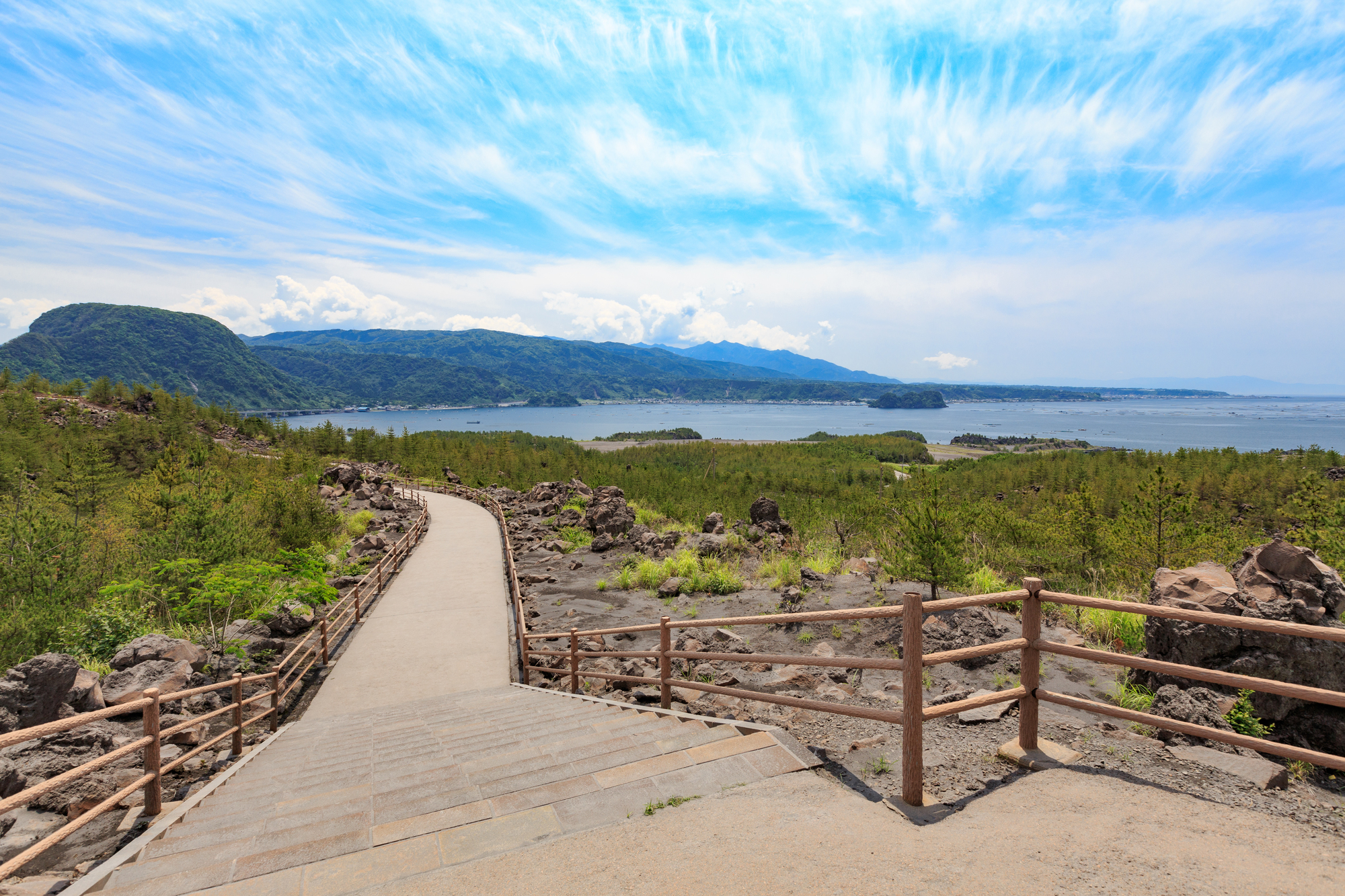 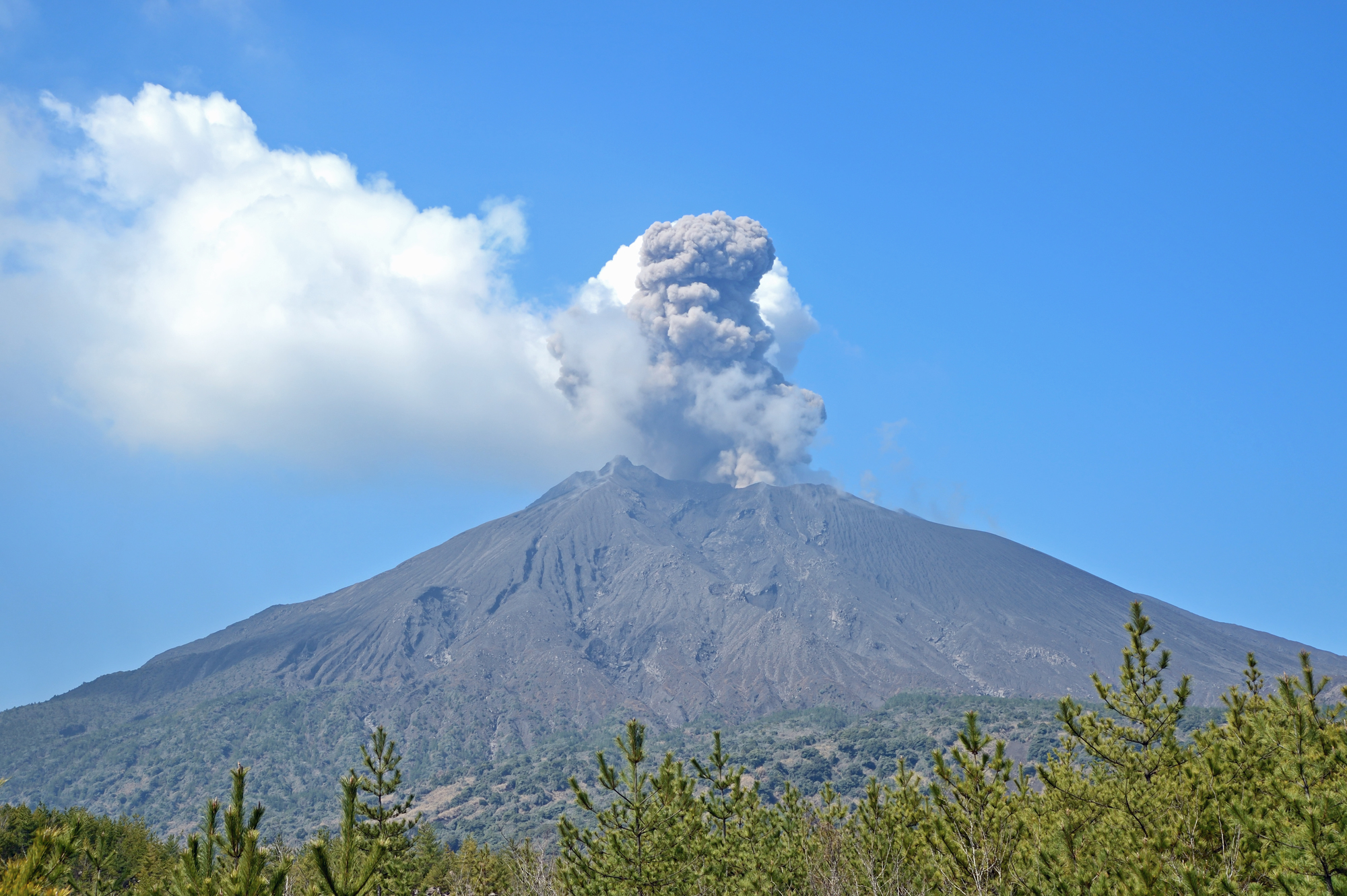 Arimura Lava Observatory is an observation spot located on Kagoshima’s Sakurajima volcano. From towering views, you can see all of the Japanese landscape in all of its magnificent beauty. It's also a great place for a photo op!

It is located on the side of the still-active Nimami dake on top of a hill in a lava field that was formed as a result of an eruption that spilled lava down one side of the mountain. From this observatory, you can see 360 degrees around you and if the weather is good you can also see smoke rising from Sakurajima. The jagged lava field with black pines living in it has a unique atmosphere. It is a good spot to take a break while you are hiking.