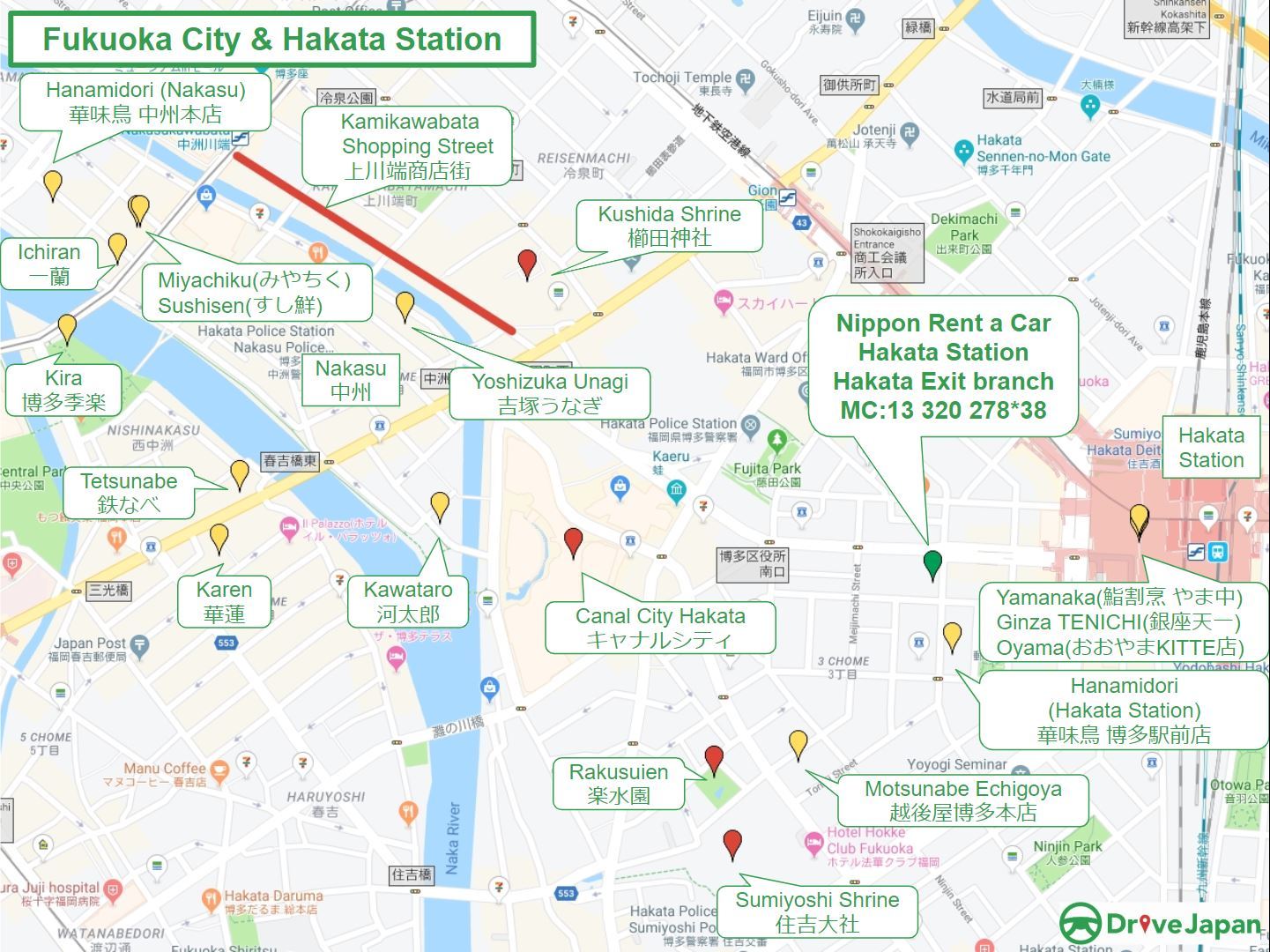 This complex is situated in Hakata Ward, in the center of Fakuoka City, it is Known as “the city within a city” as It has a large shopping mall, including a huge Entertainment section you can opt to relax at or have a fun day out to. Features include cinema, fountains, theatres, gaming centres and more.
If you visit you will find well renowned international shops and unique Japanese shops too, it has a nearby hotel. So if you are looking for somewhere more convenient to stay as well as the opportunity to be next to this lively atmosphere, you’re in luck! This little ‘City’ has manage to capture the art of modern, international and Japanese style all-in-one for a great day out with the family.
With many scattered café around, you can easily take a break and rest from all the running around you might be doing.
Shops are open early morning at 10am till late evening, so you can come to see the vibrant colour lighting set all around the artificial canal running throughout the five-floor mall, with the fifth-floor consisting of famous Ramen types from all around Japan to taste, including the local speciality dish Hakata Ramen.
Advice:
- Not very expensive to dine at, so if you want to shop at local and international shops, come here for a day out. A place where both kids and adult will not get bored, just pop around!
-we wouldn’t say its authentic japan but it is a place to see at night with all the lights on even for a quick outing before you end your travels.
-it can tend to be a little busy at times, varying during the year as this one of those tourist attracted spots, so try not to get surprised if there a lot of families about but enjoy!
-Even if there is a carpark near, we advise visitors to go there by foot.