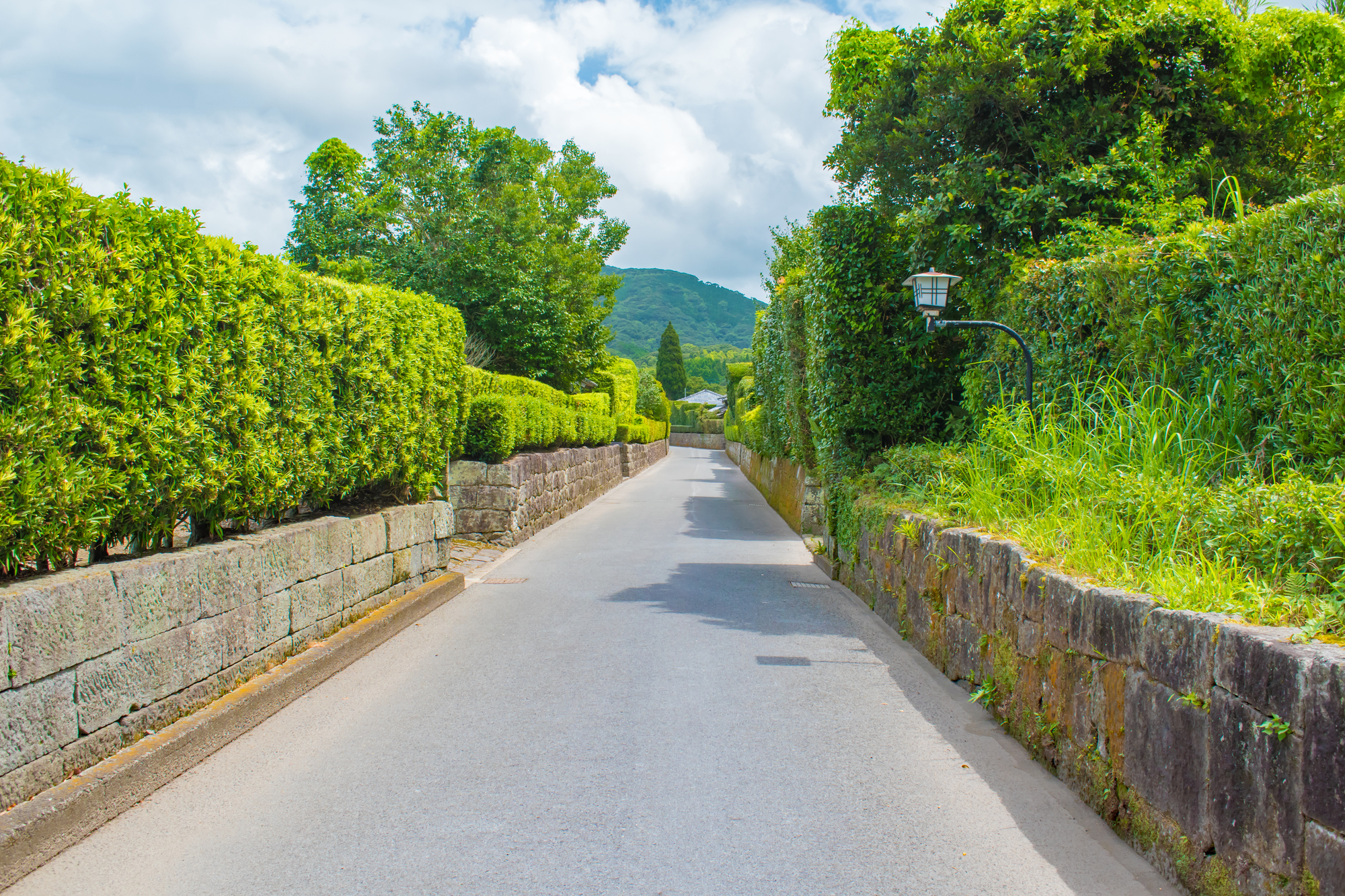 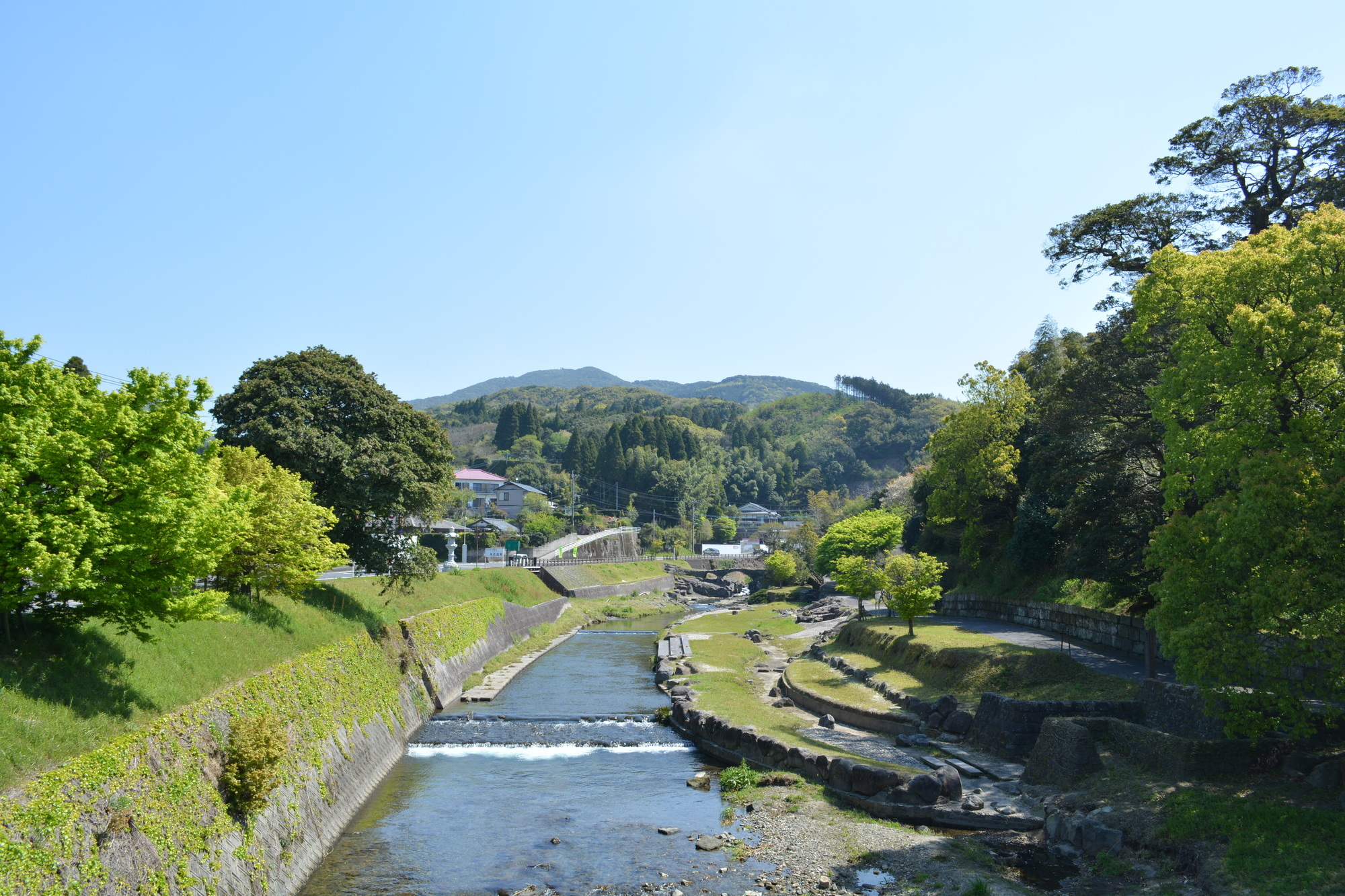 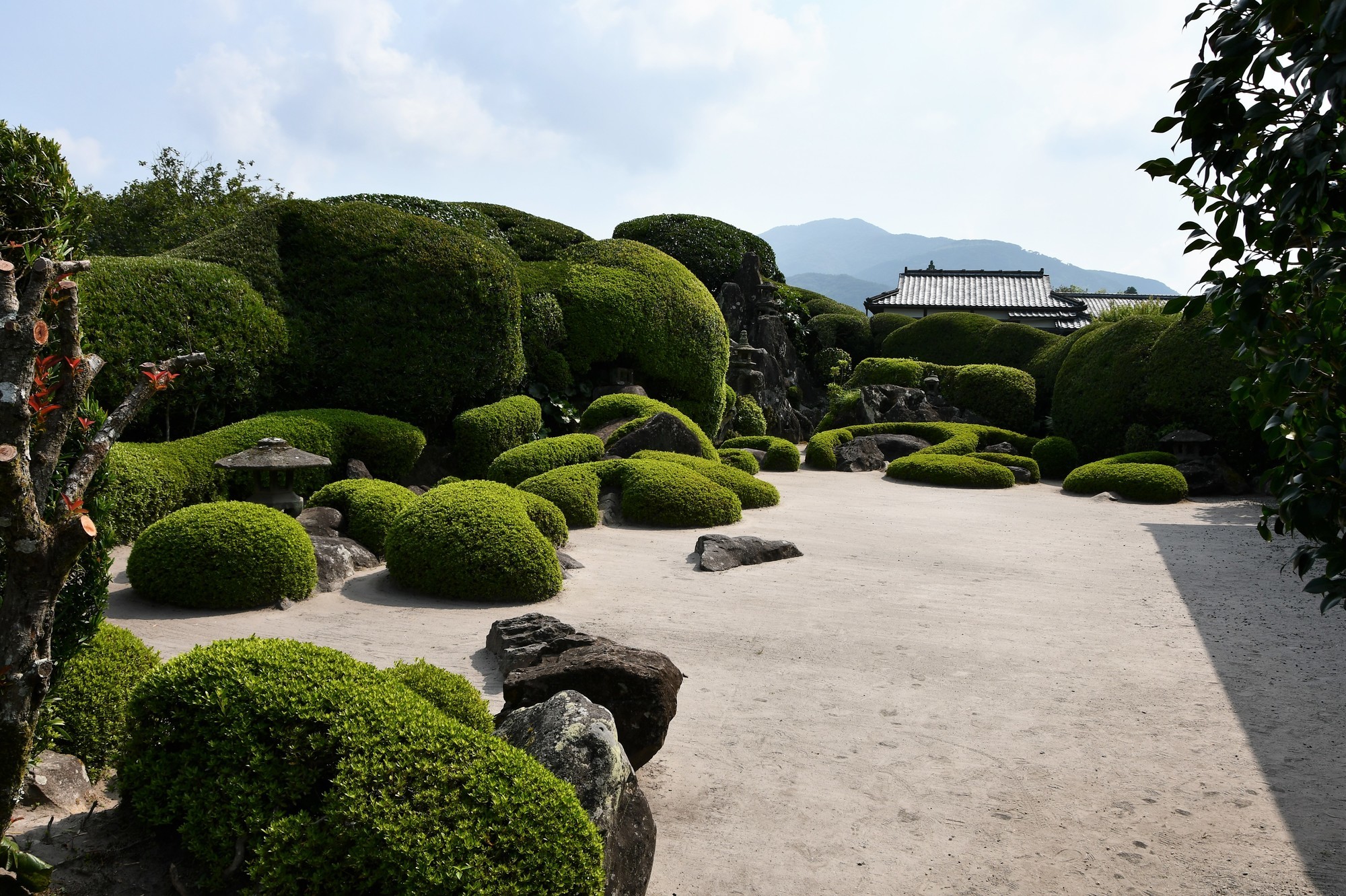 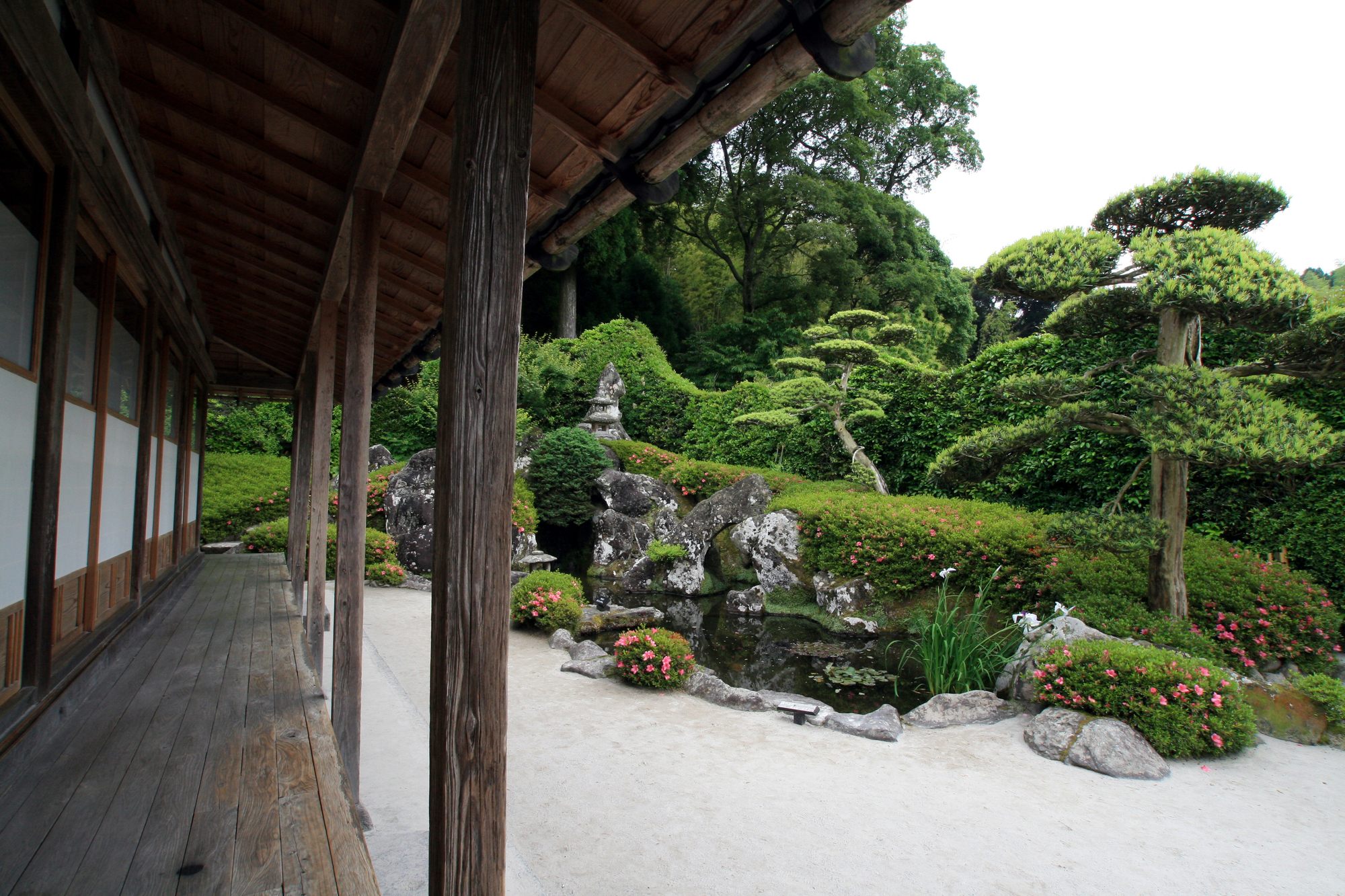 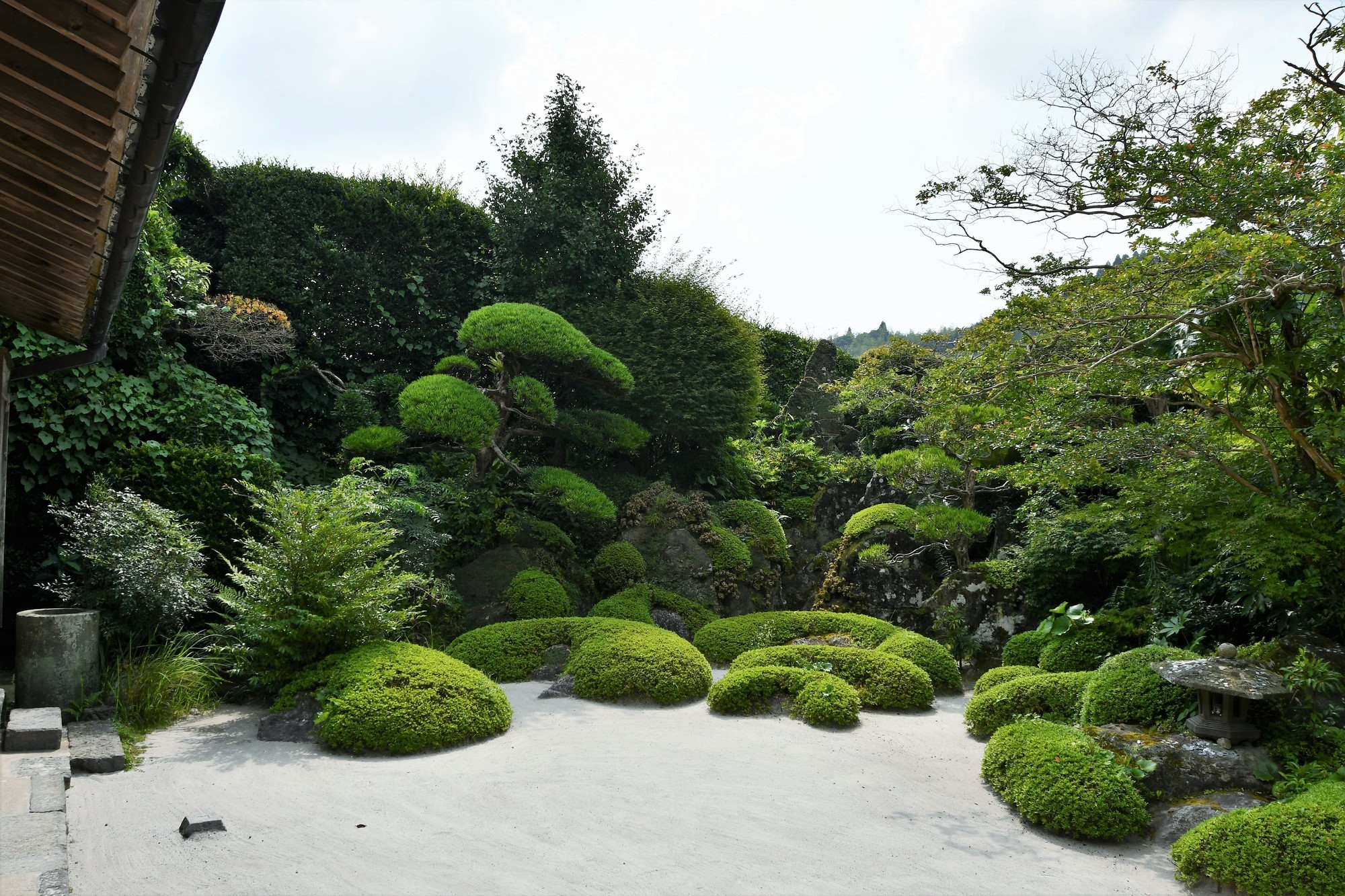 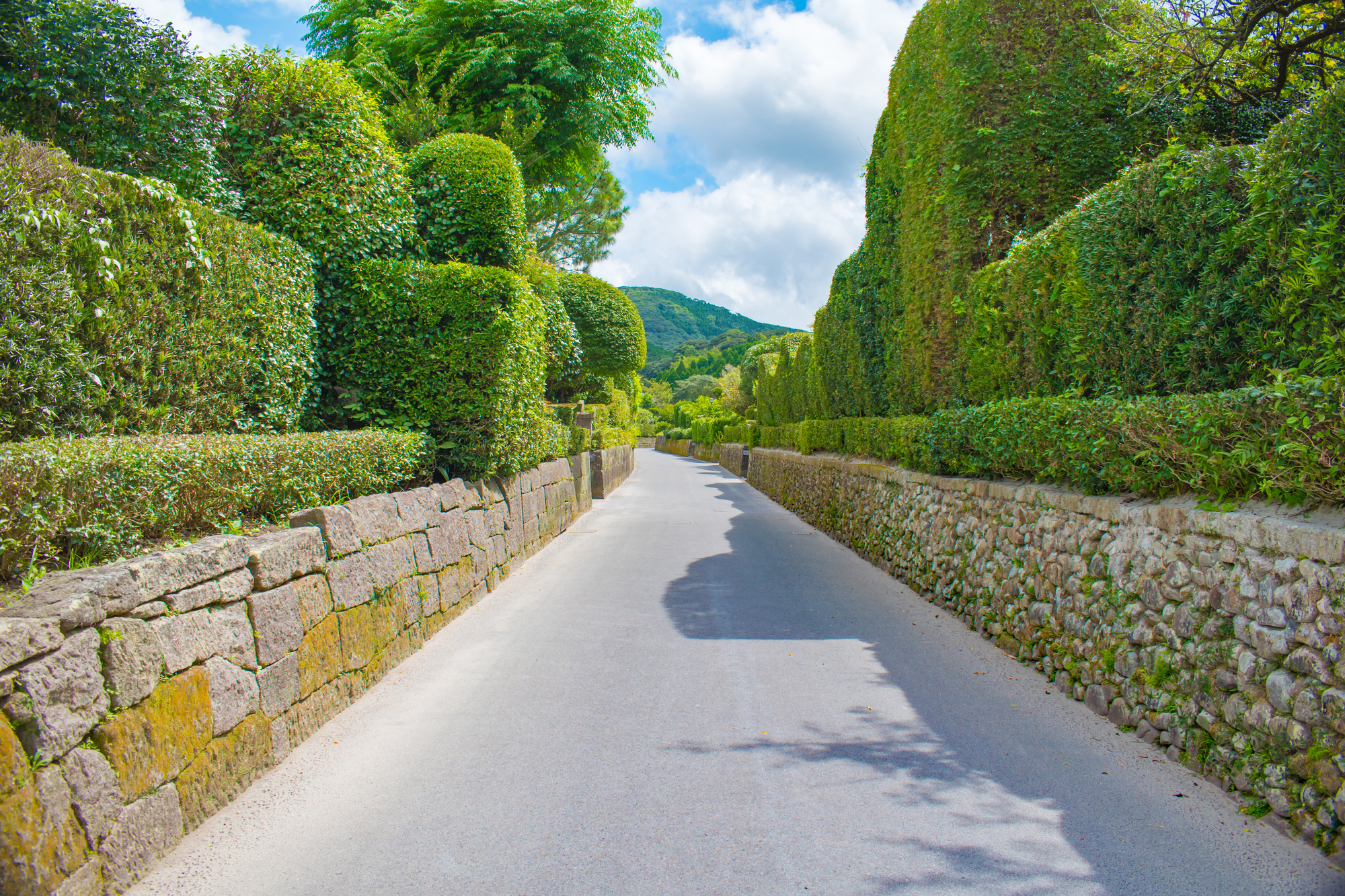 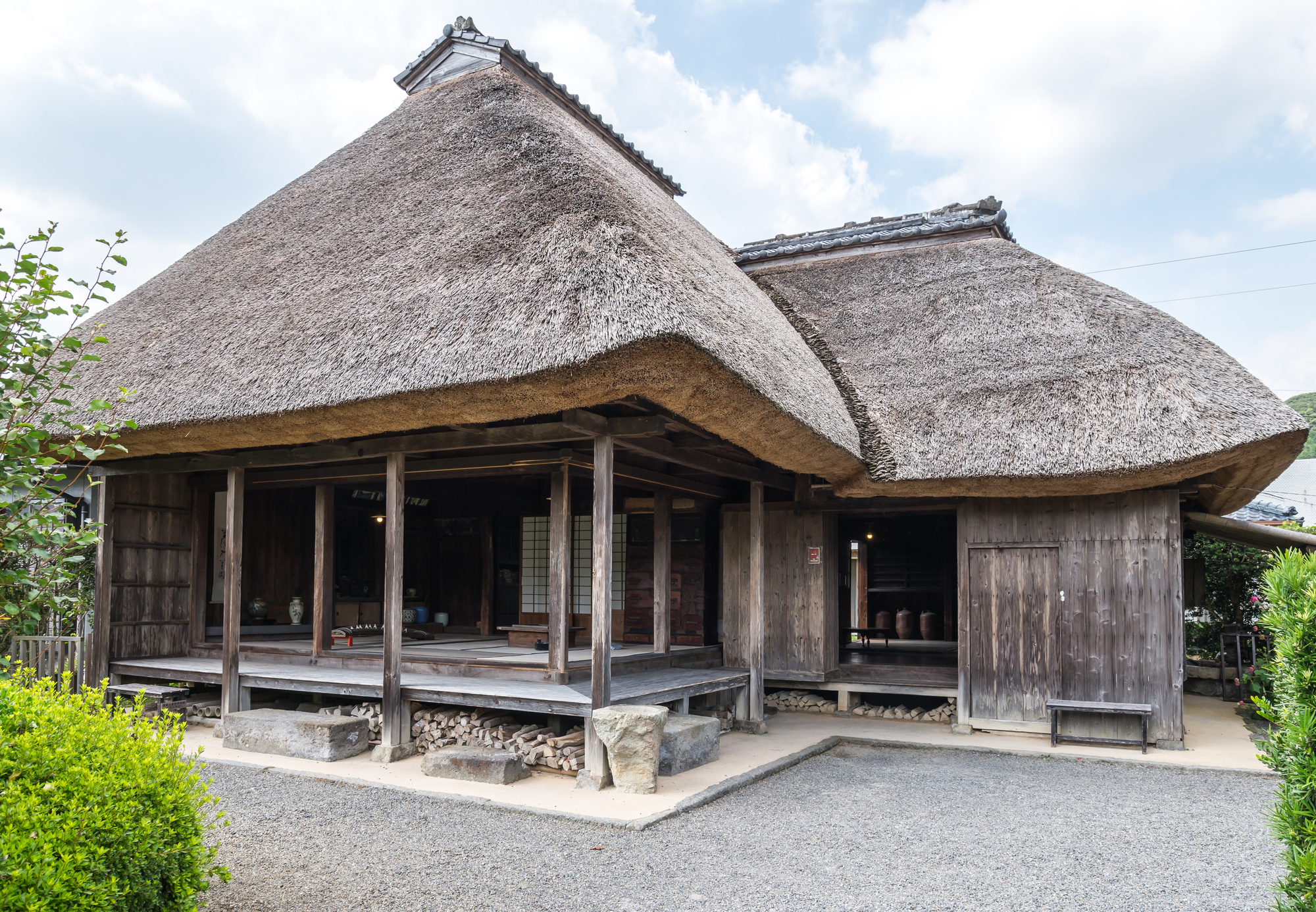 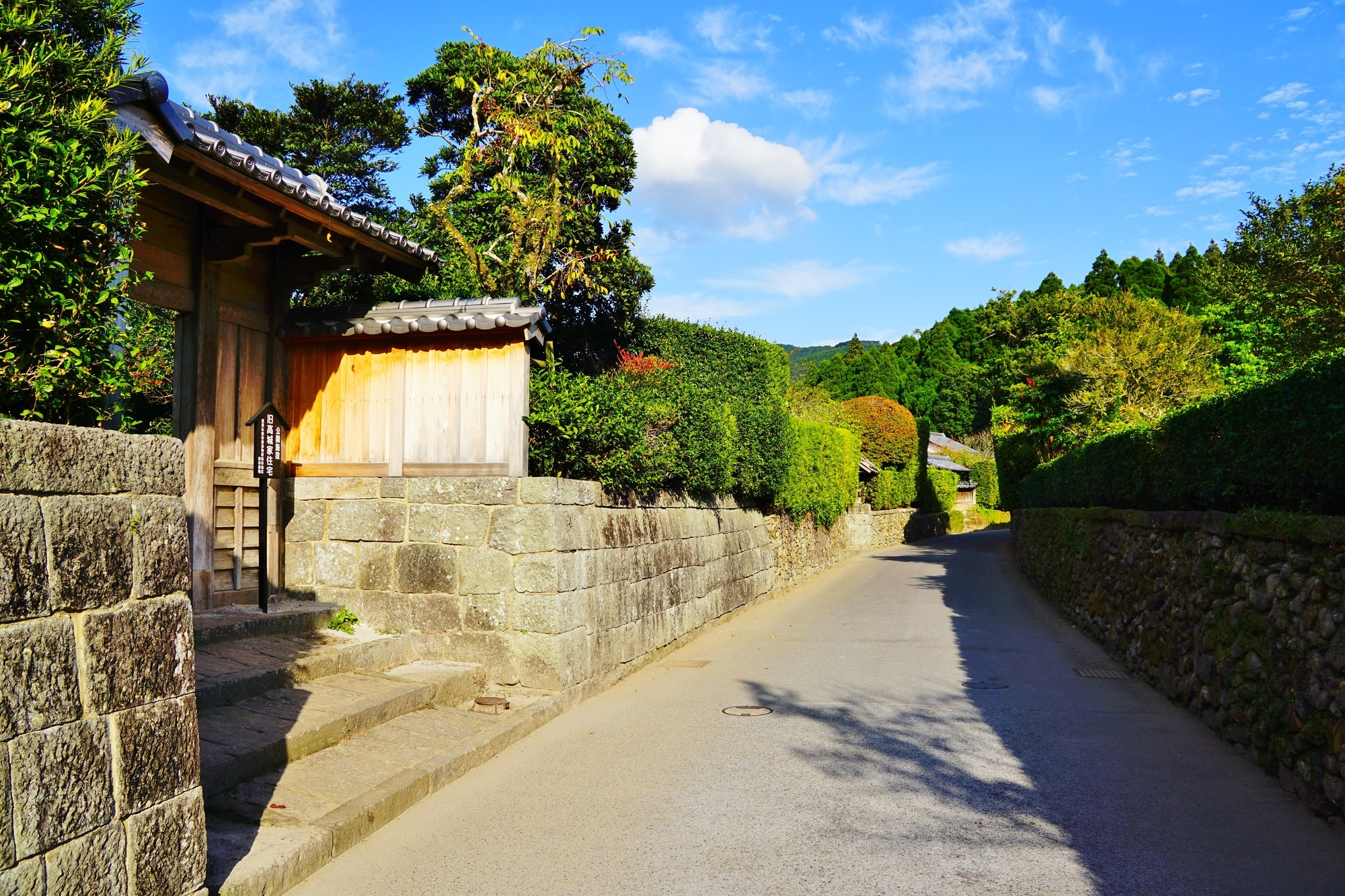 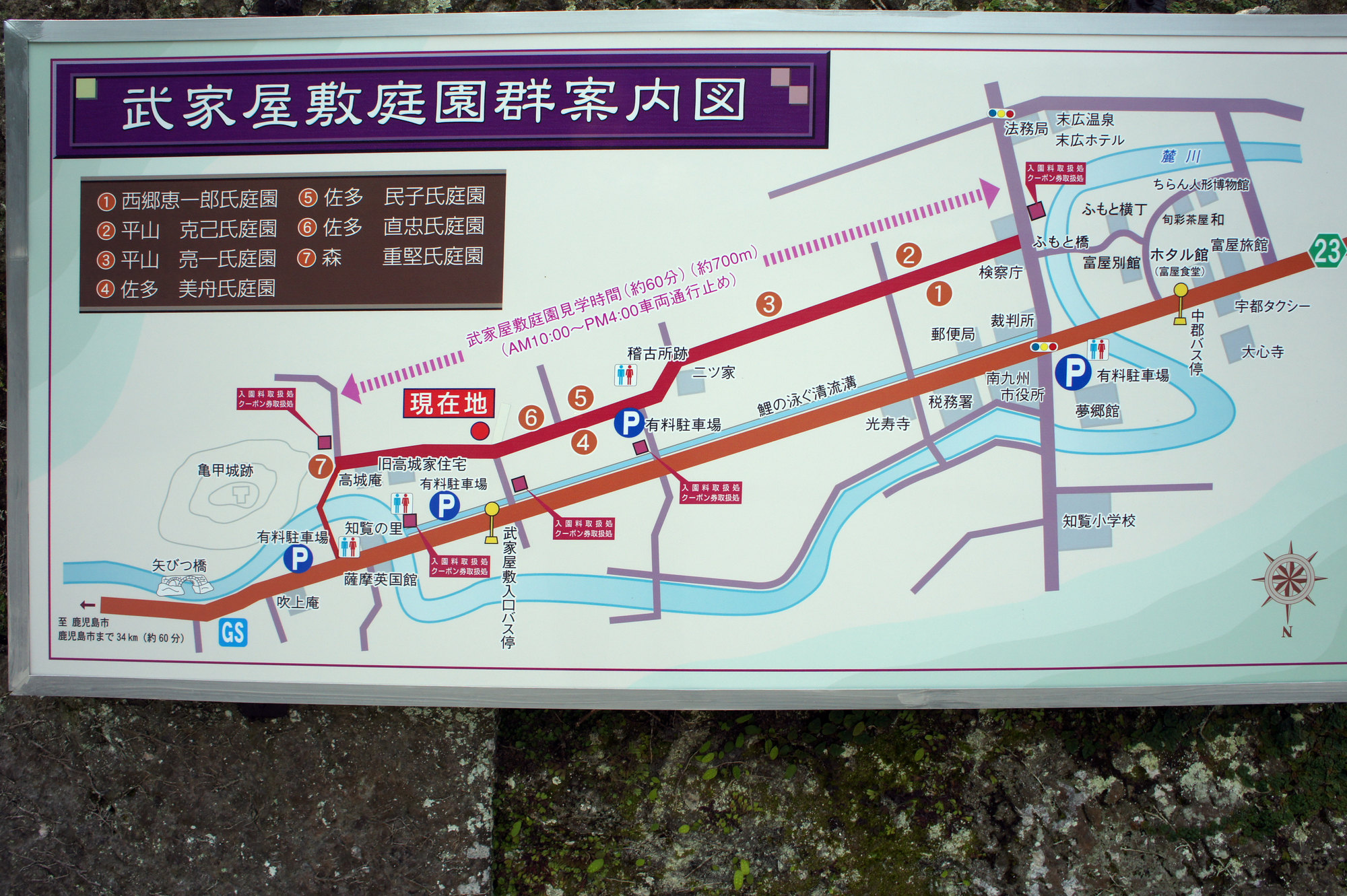 Chiran is a small town in the middle of the Satsuma Peninsula in Kagoshima Prefecture. Within the town there is a preserved samurai district with houses and gardens that date back about 250 years.
Chiran’s isolated location at the southern end of Kyushu has allowed the district to keep much of its historical character intact. The samurai district consists of a 700 meter long street within downtown Chiran that runs parallel to the main street. The street itself is very attractive, with rock walls and hedges. It is also free of telephone poles and parked cars that would detract from the historic atmosphere.