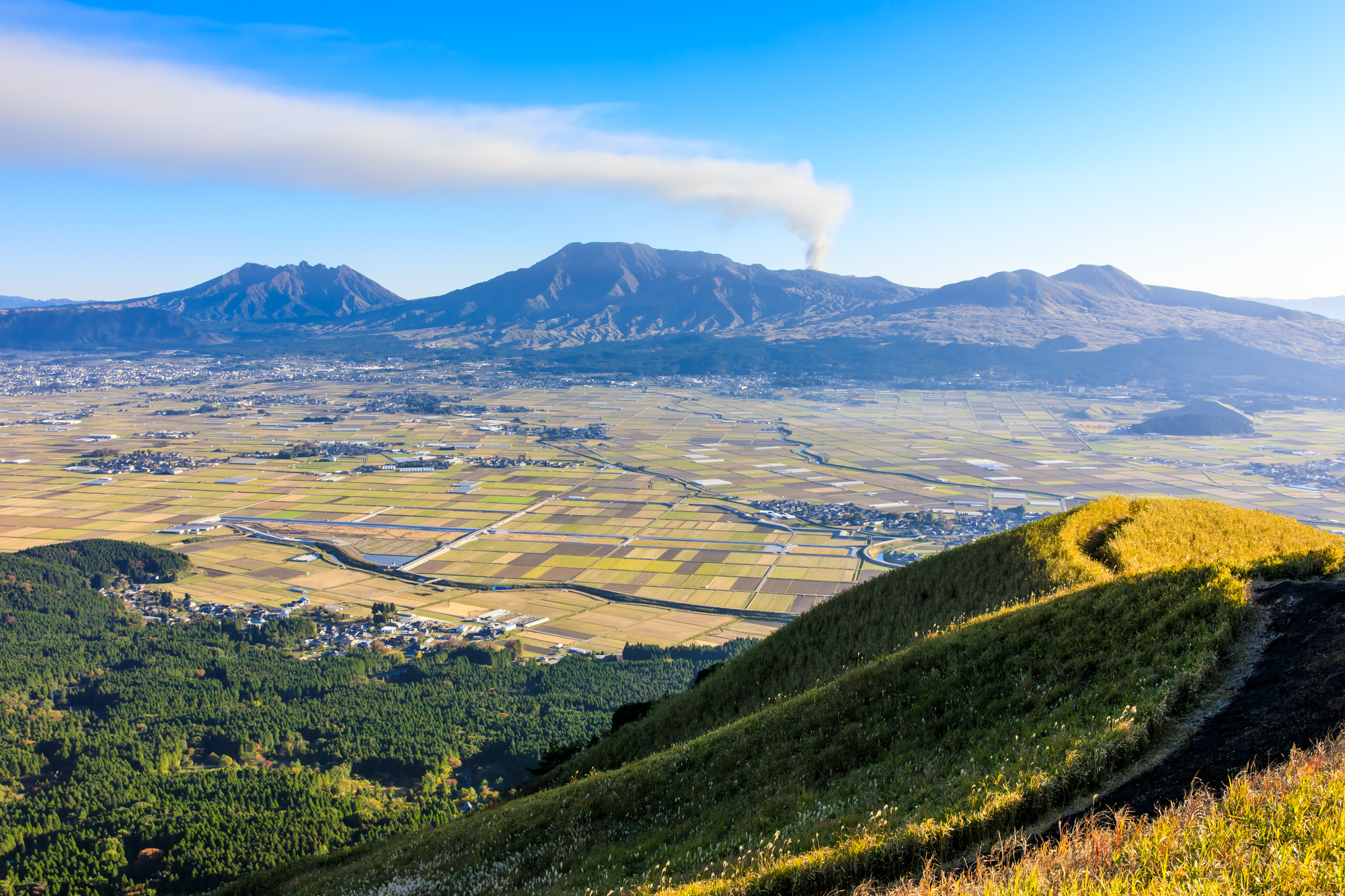 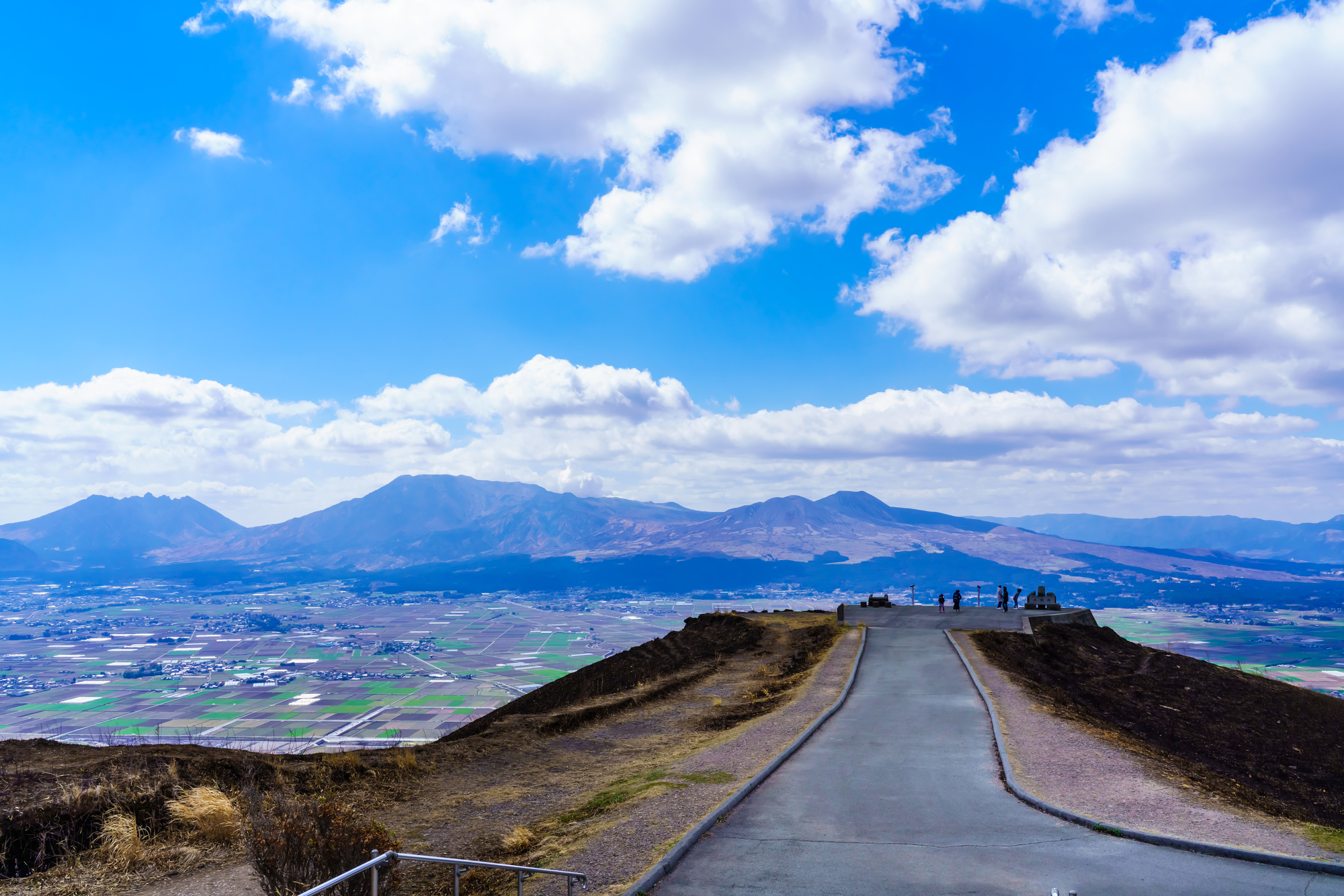 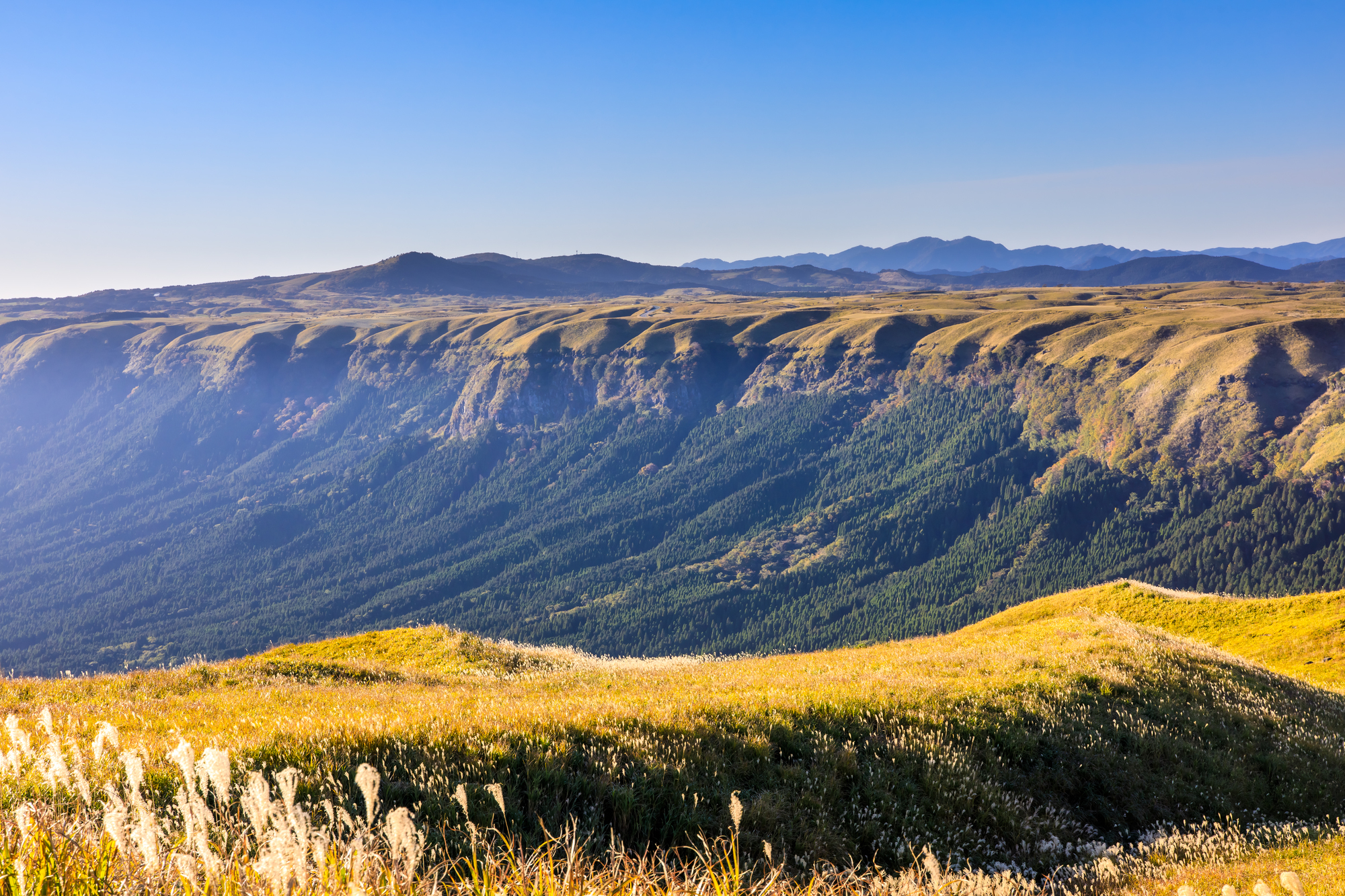 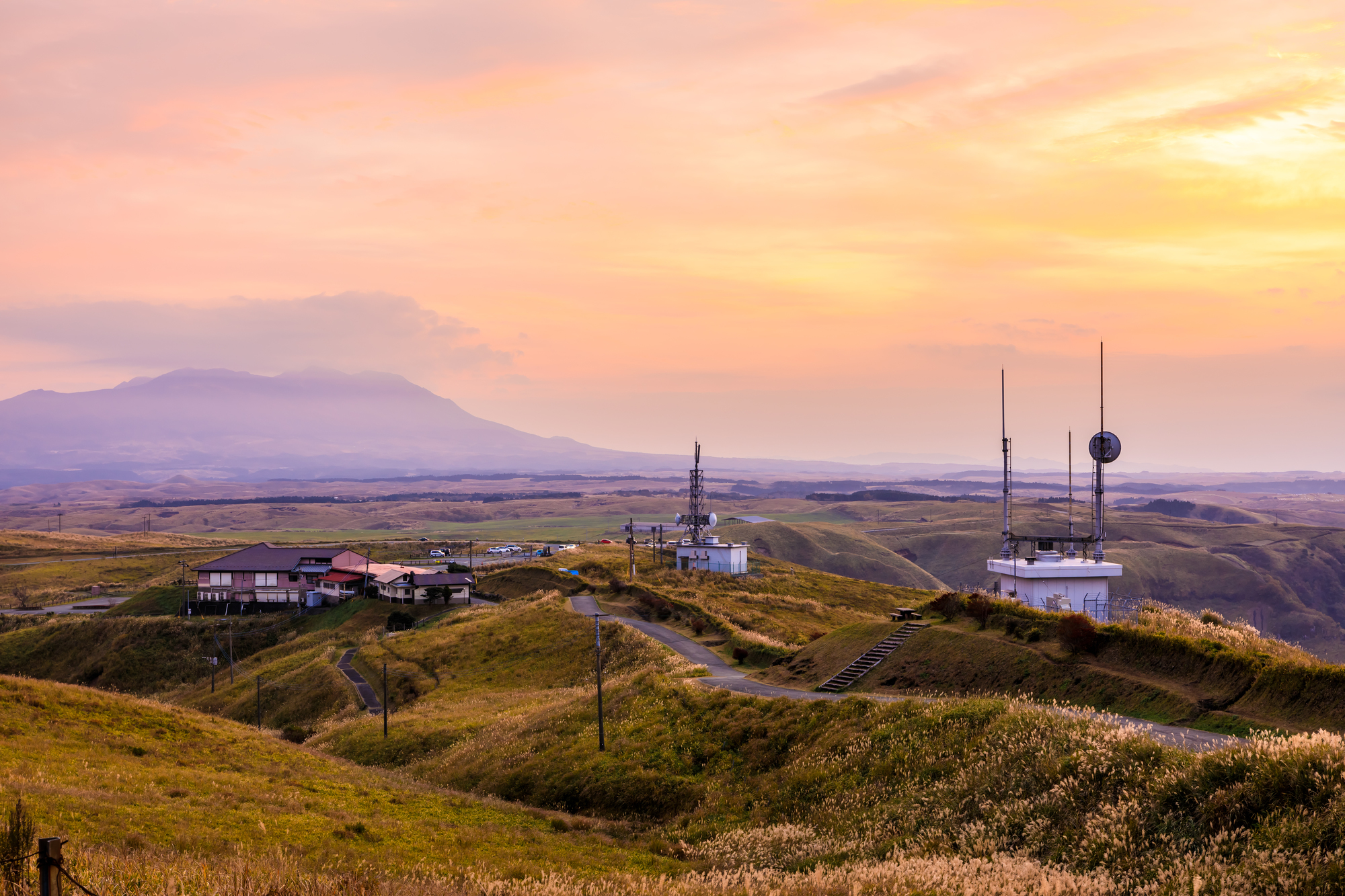 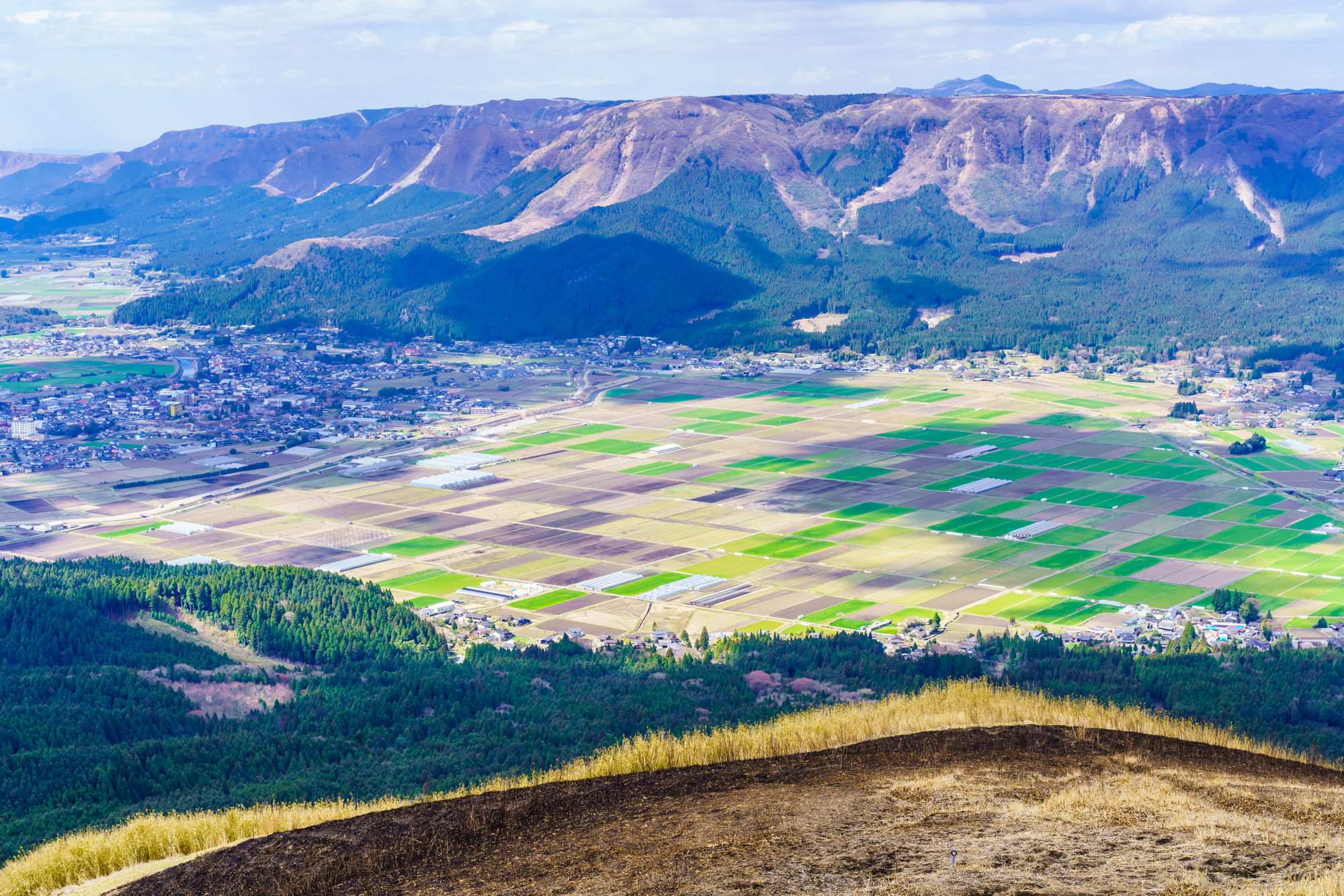 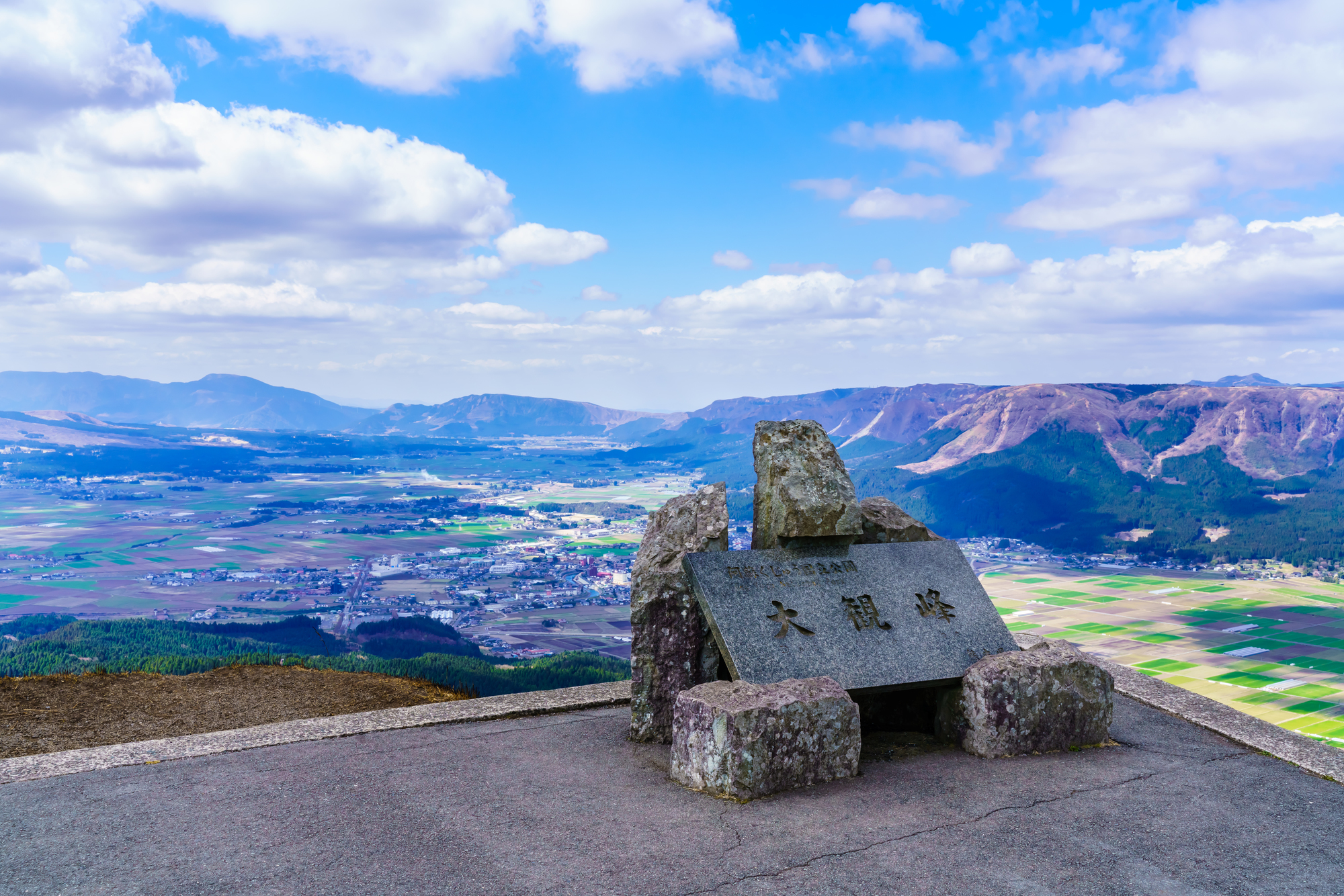 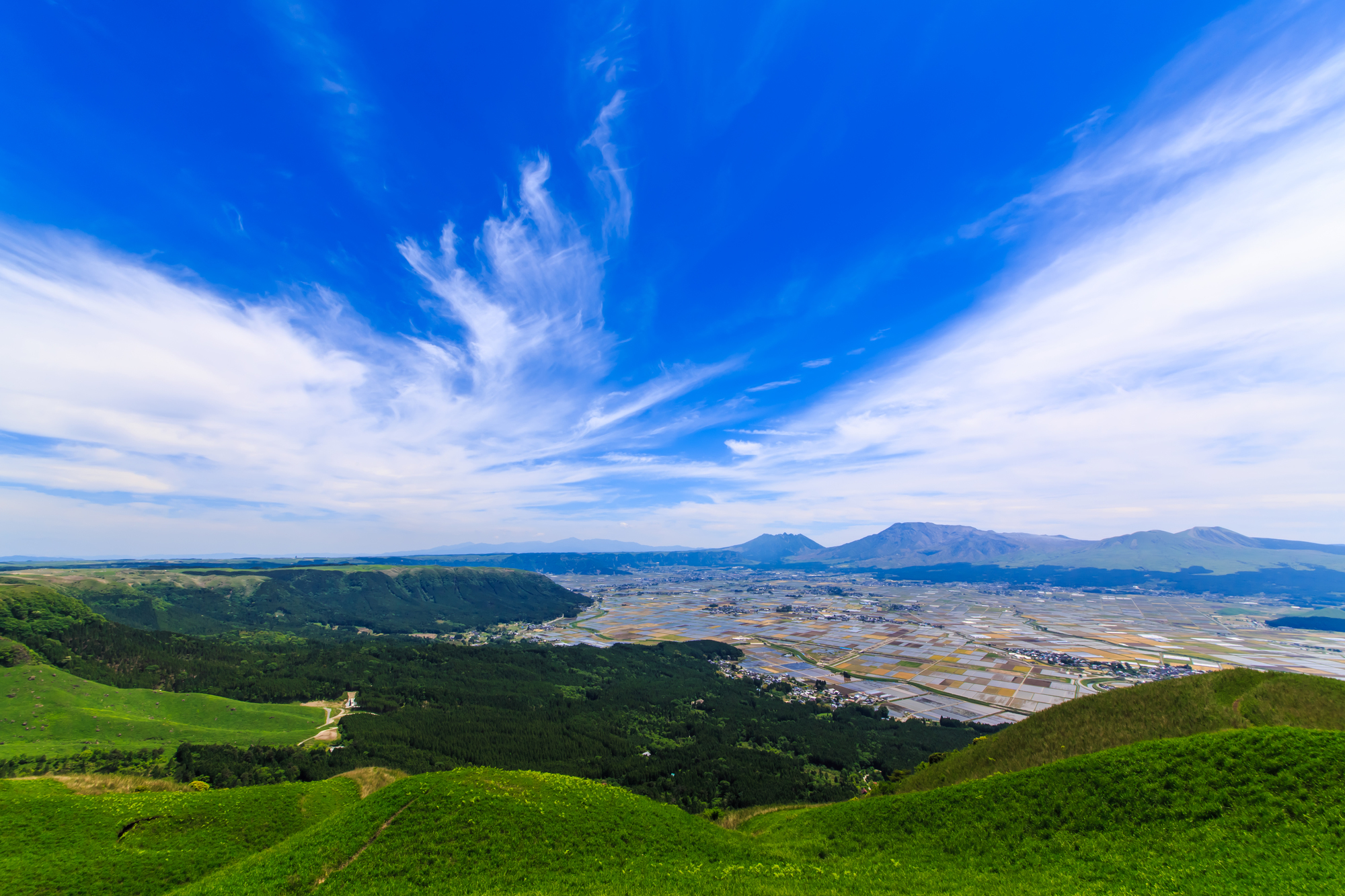 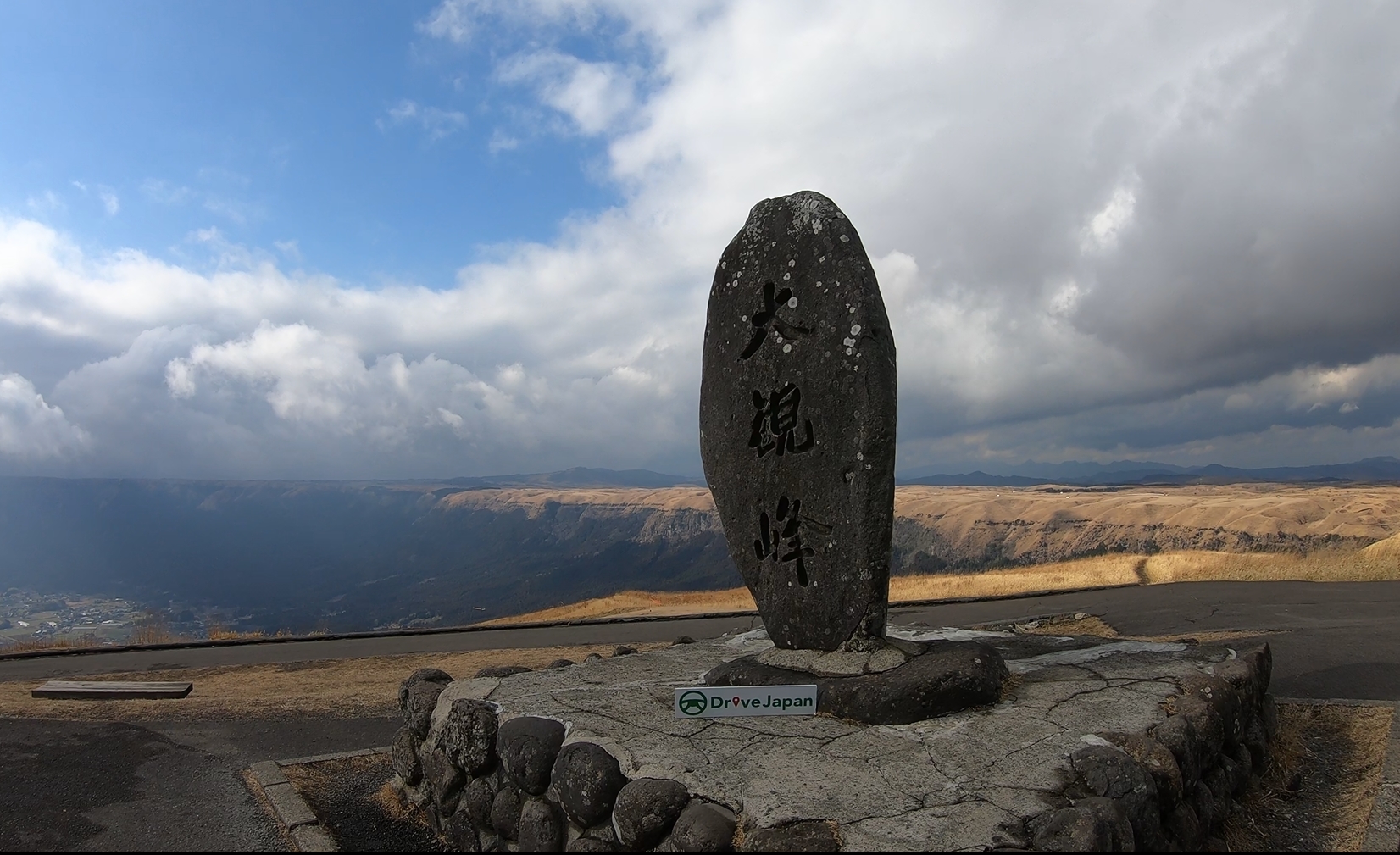 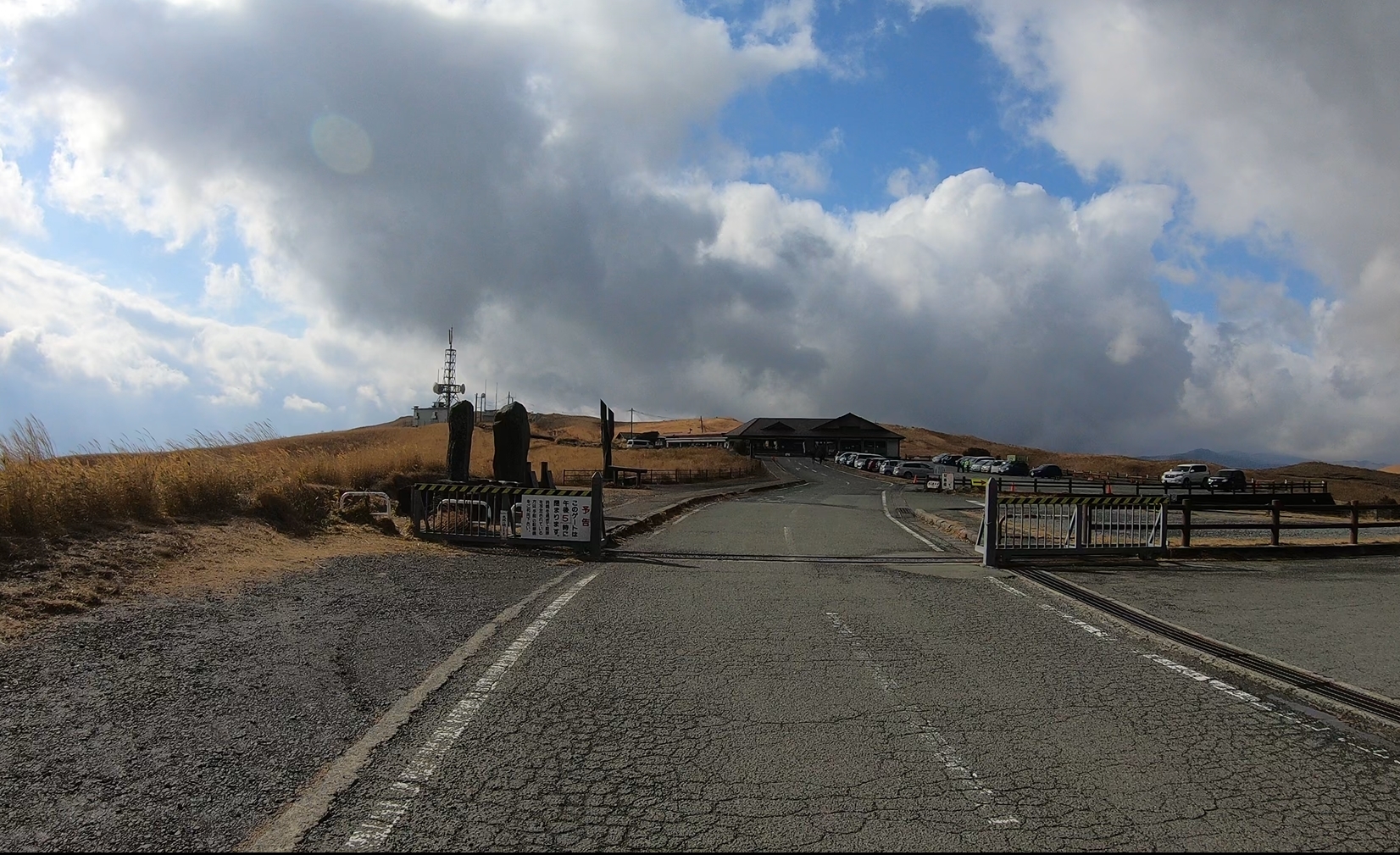 Daikanbo Peak is one of the peaks of Aso northern somma, which is located northeast of Uchimaki Onsen. The peak, named by great writer Soho Tokutomi, offers a 360-degree view of the five peaks of the Aso and Kuju mountain range. The view from the peak is splendid, especially when fields of cloud surround the peak--this can also be called Nehan-zo, or Nirvana Buddha because the peak's shape looks like a sleeping buddha. A panoramic view of the Aso town from the observatory is also nice. There are many gift shops and restaurants located close to here, and it is also an observational spot. The altitude of the peak is 936 meters and it is the highest peak of the somma. This is a MUST SEE spot, please be sure to spend a good amount of time here to truly take in this feat of nature.