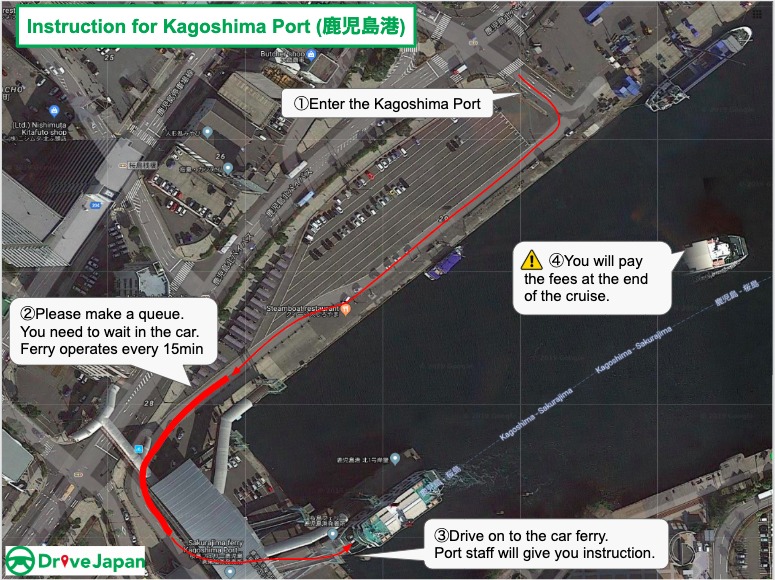 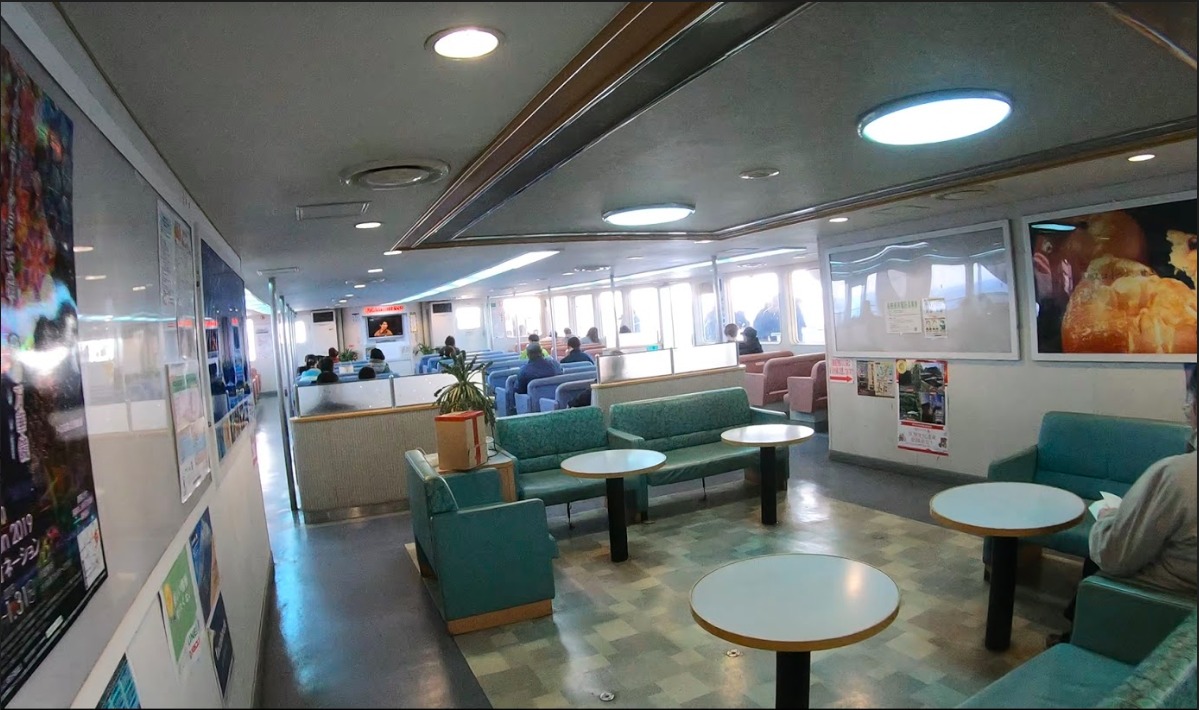 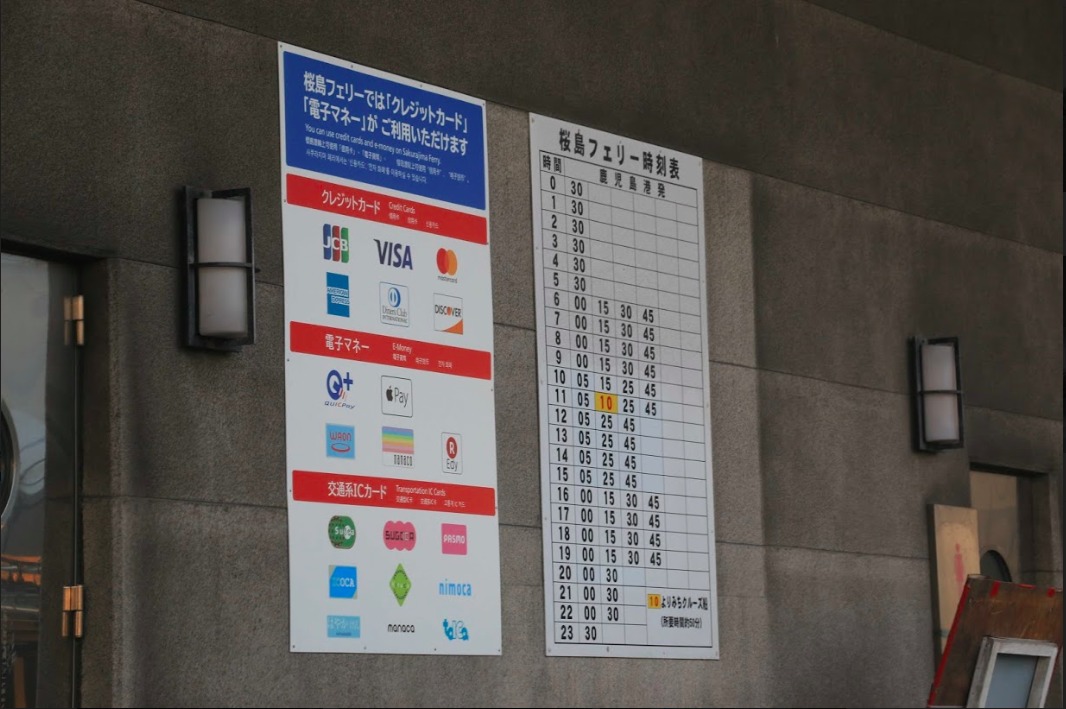 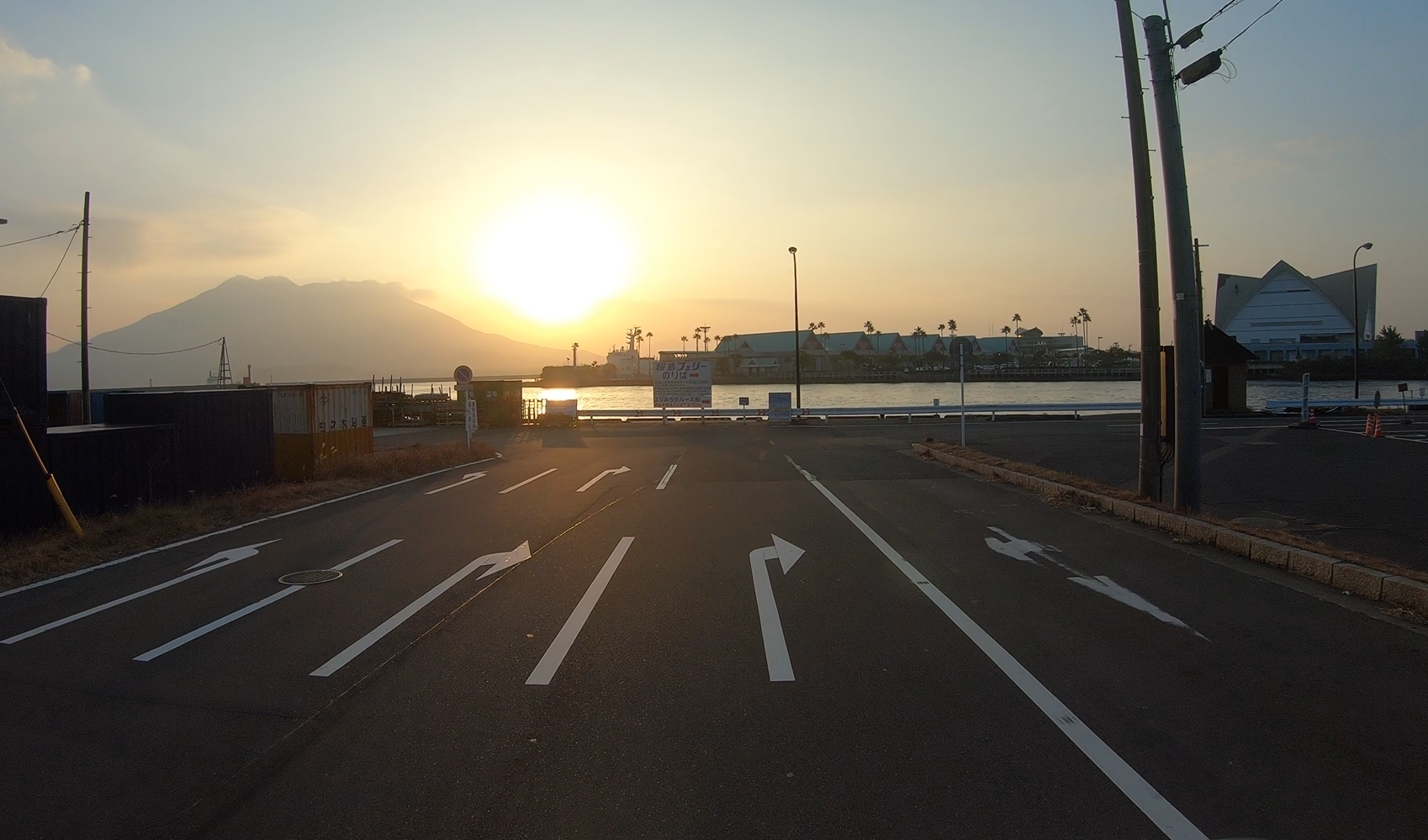 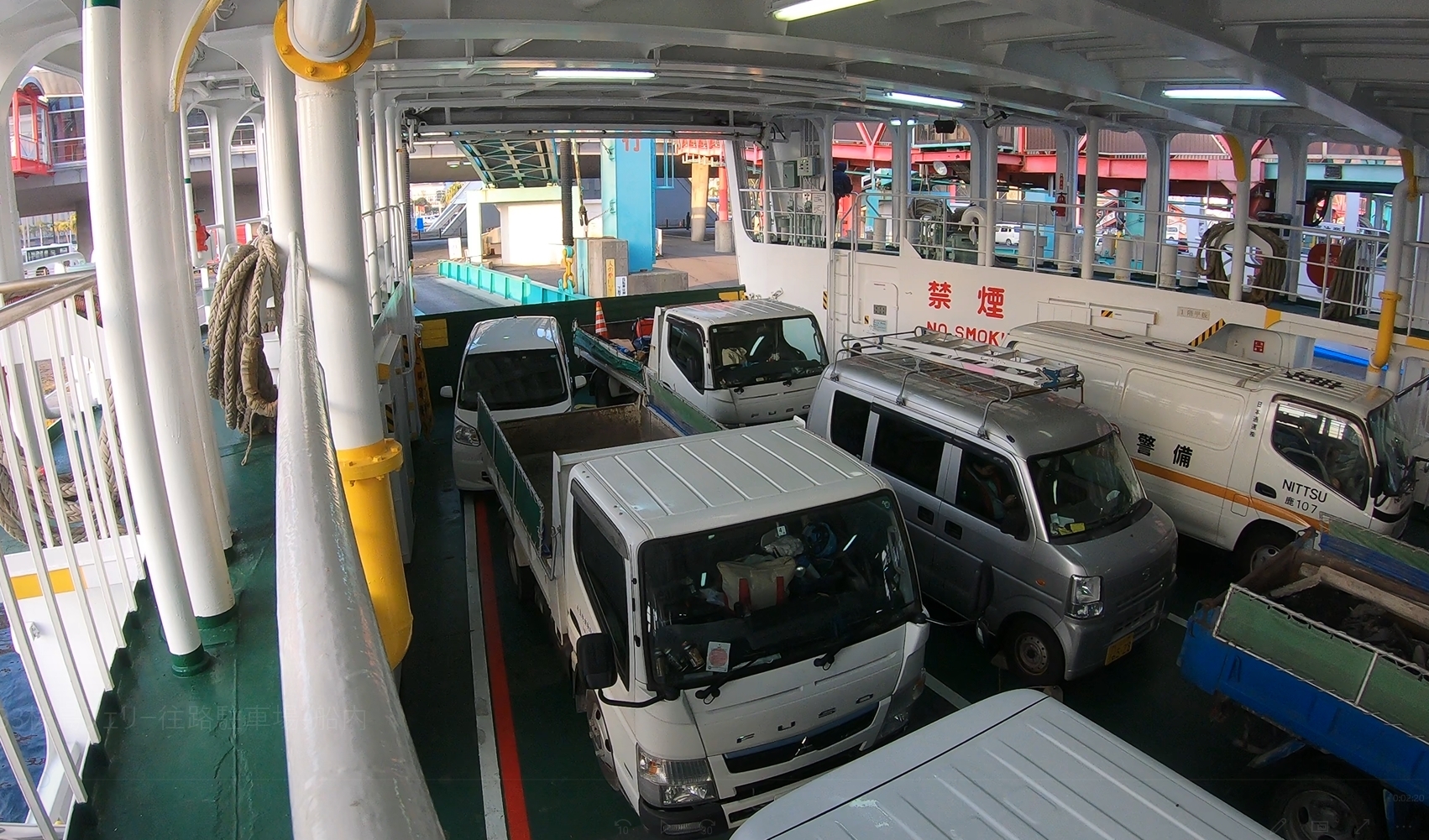 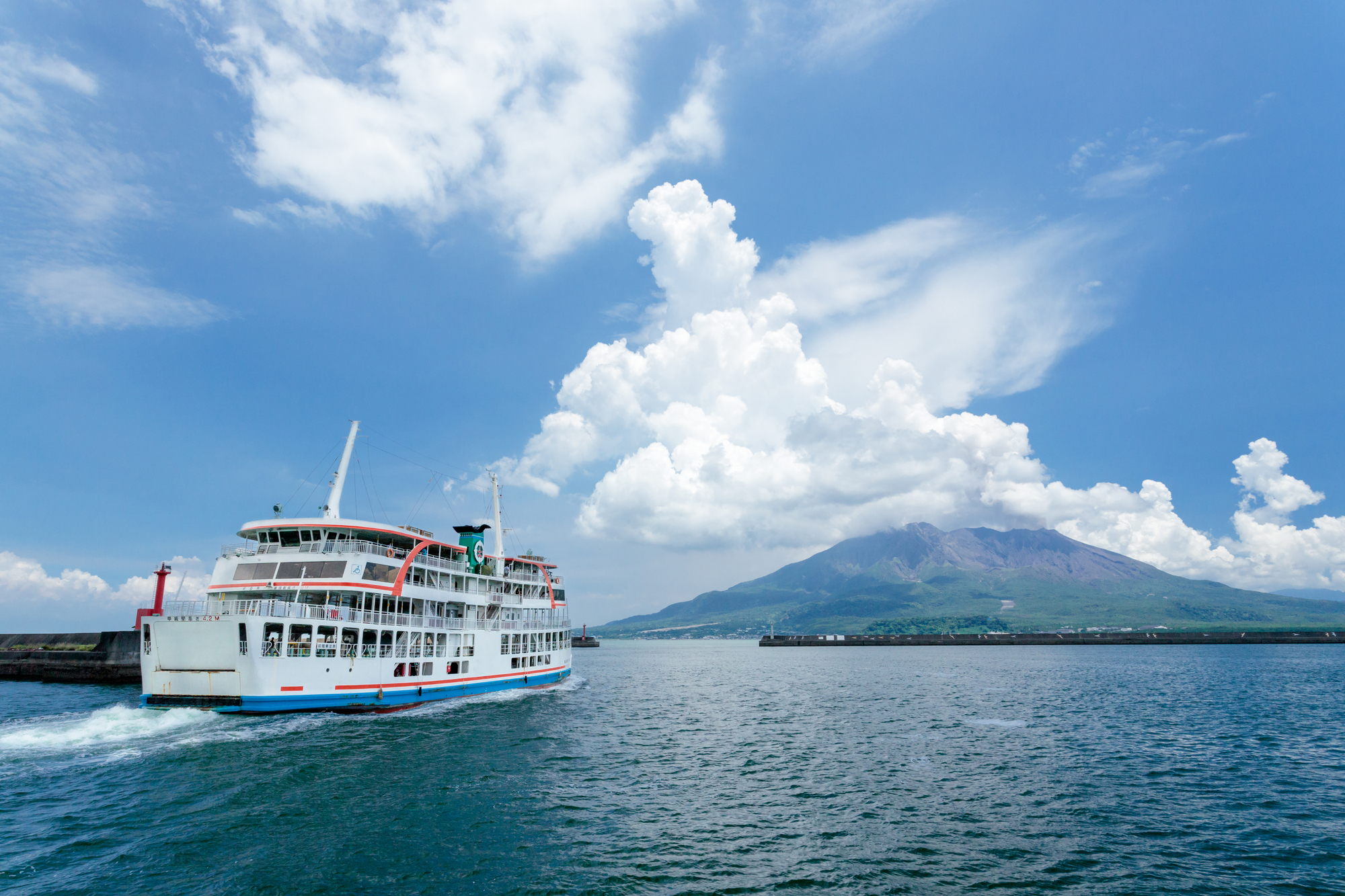 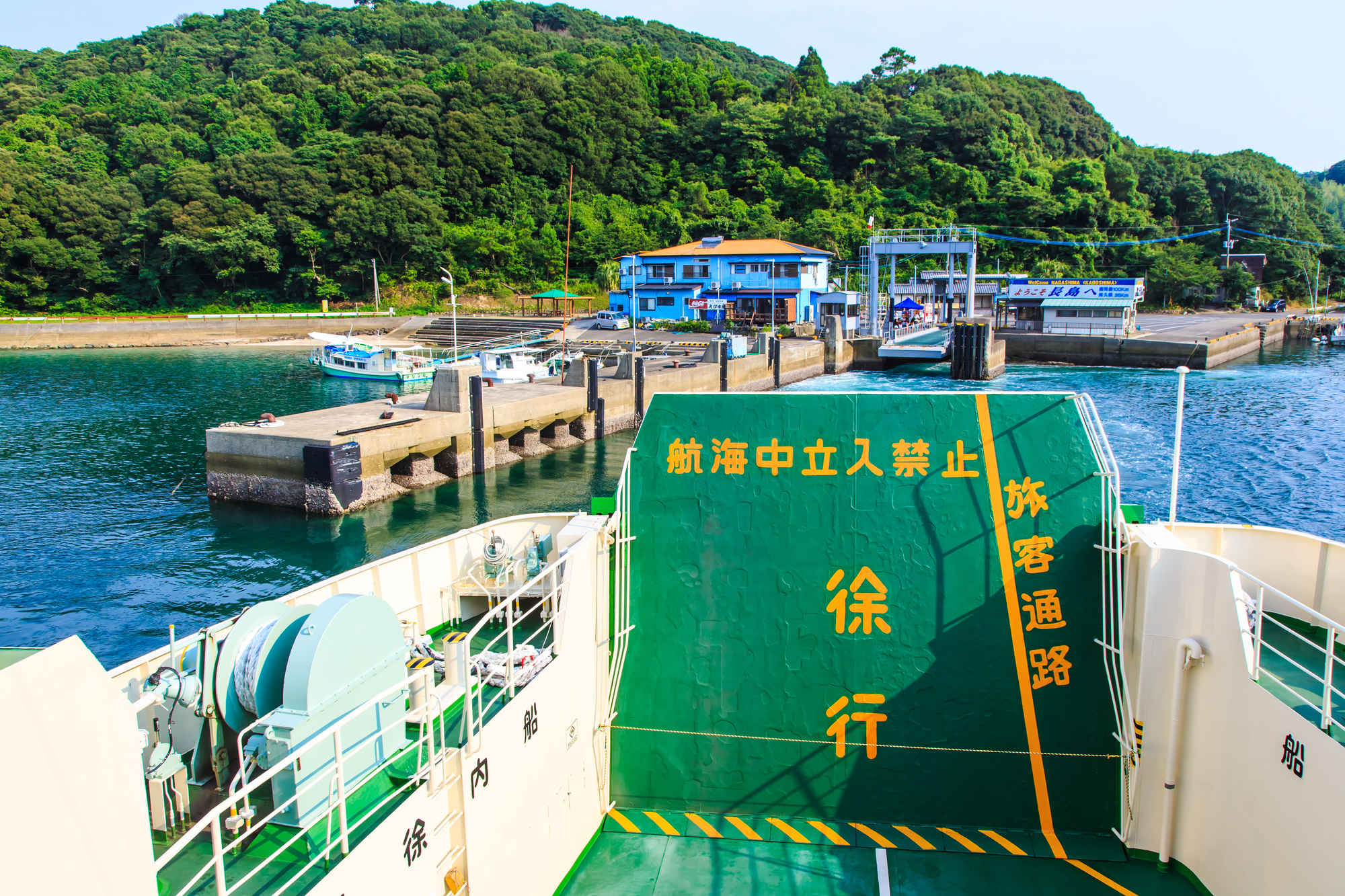 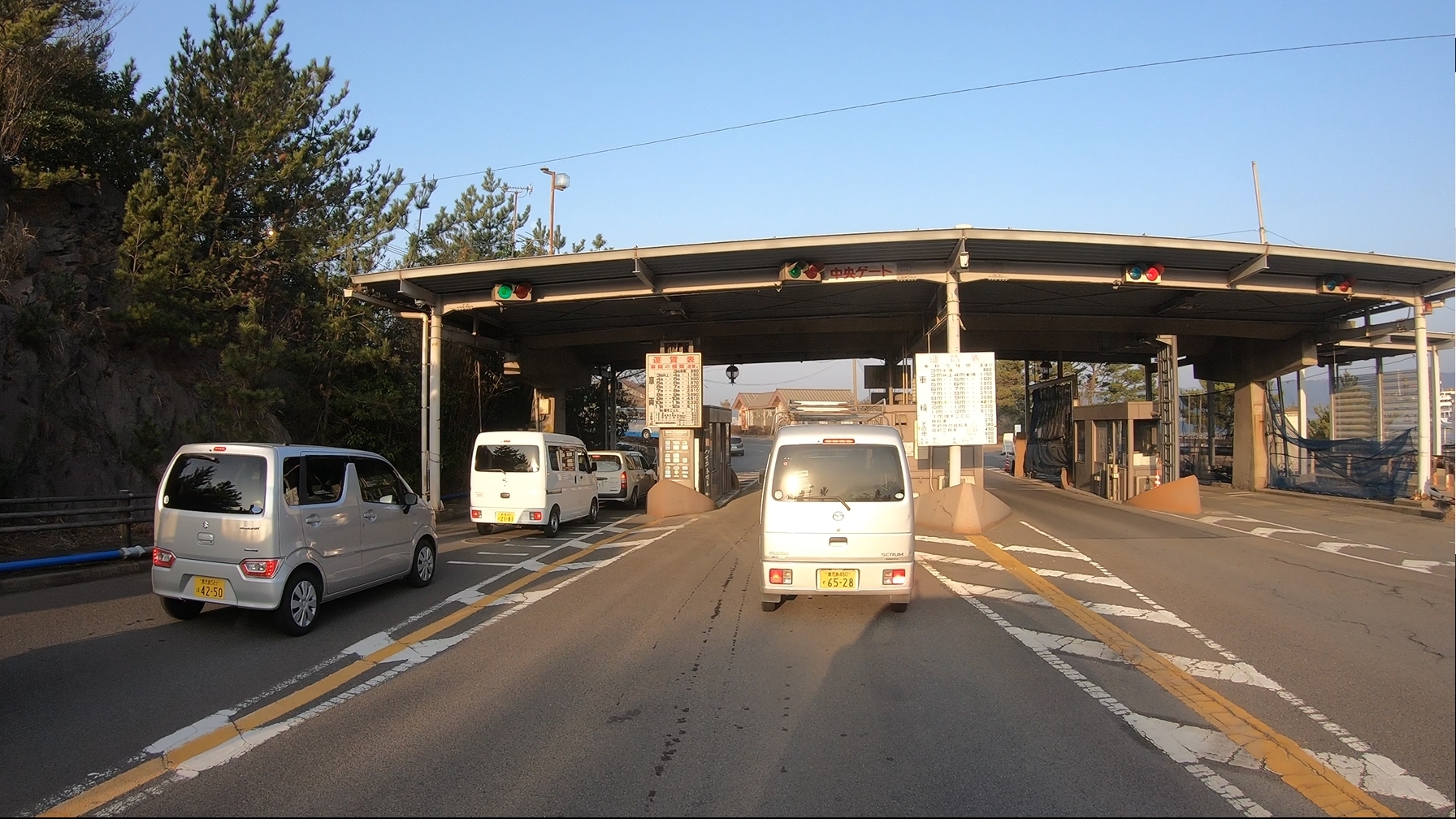 Kagoshima Ferry Terminal is one of the must-try experience in Kagoshima. You can enjoy 15min cruise in-between Kagoshima city and Sakurajima island(桜島). It operates every 15min and 24 hours. This ferry terminal is Kagoshima side for the Kagoshima Ferry.
Kagoshima island is inconvenient to travel by public transportation and car is the best way to have a peaceful journey. The views of the mountains in the distance and the sea by the ferry are very beautiful and serene, and are highly recommended by Drive Japan.

On our website, we have a map of the port where you can locate parking as well as the other facilities in this area. In order to take the ferry, be sure to ask the visitor information center who will provide you with booking and attraction details. This is one of the most recommended experienced in Kagoshima.