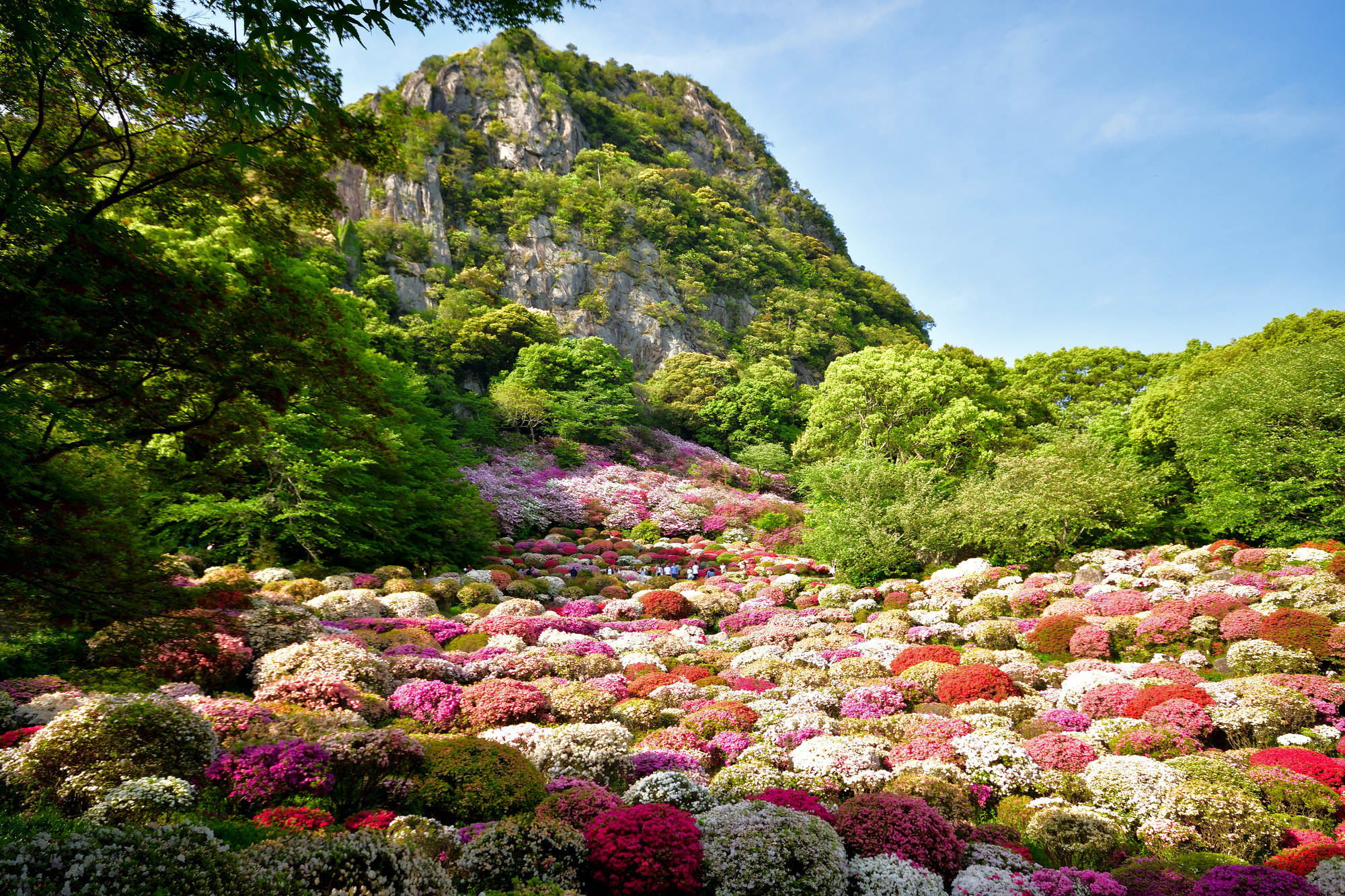 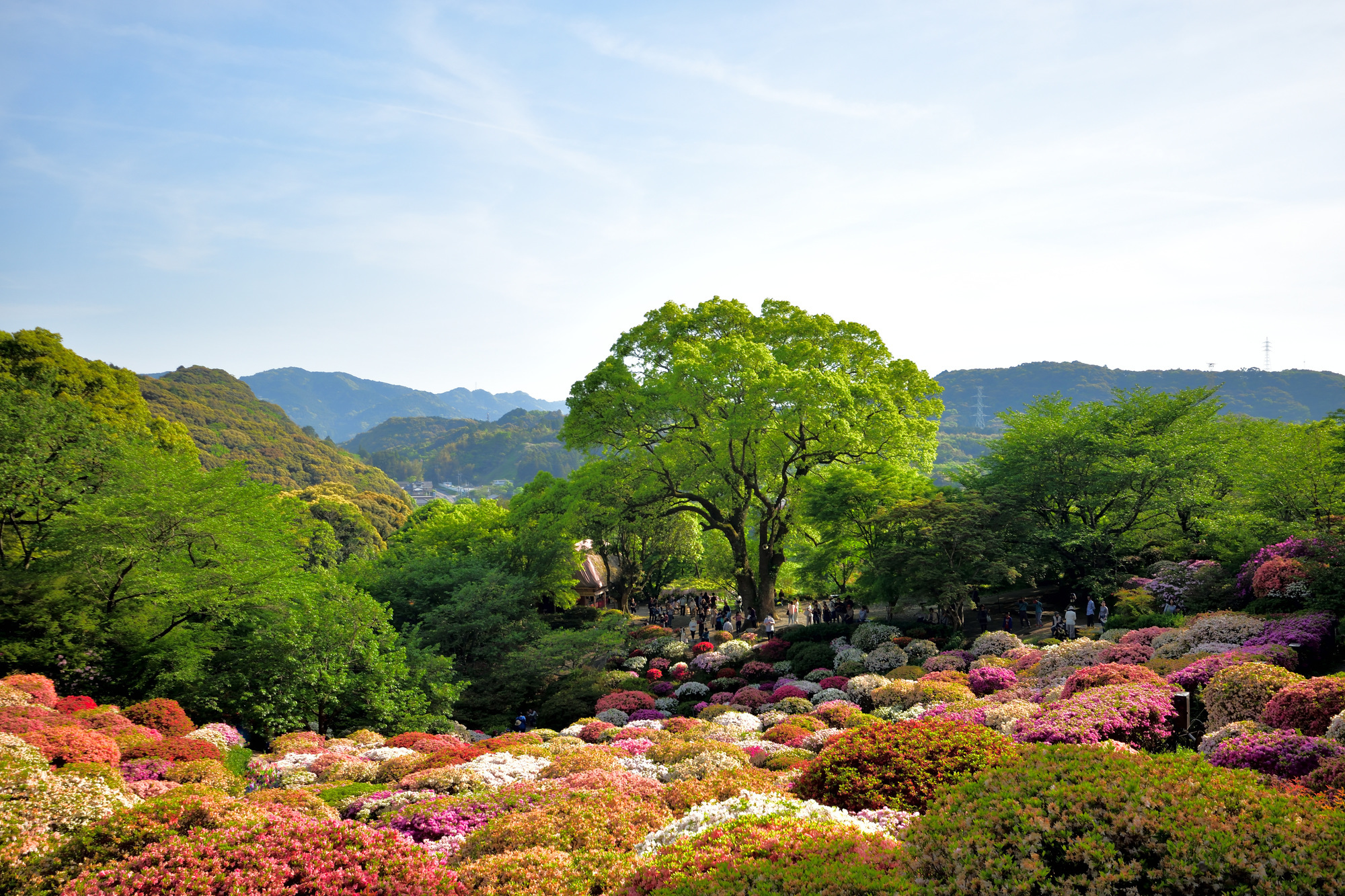 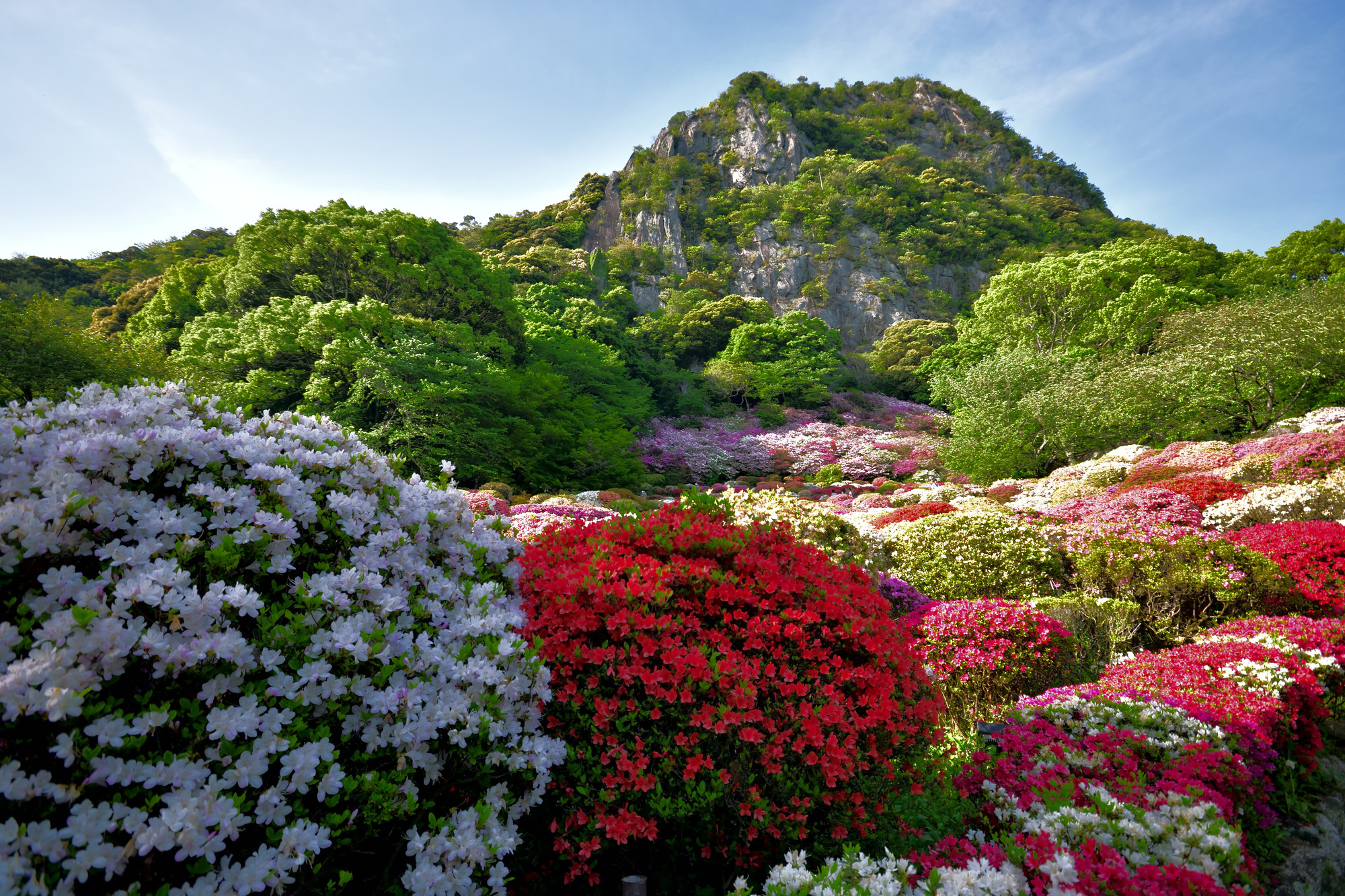 Dotted with contrasting shades of green in summer, it begins to blaze in a bright purple in autumn to finally offer a splendid palette of pale pink, vigorous green and soothing white in spring. Mifuneyama Rakuen is vast and colourful site spreading out over 500.000 square meters implanted at the base of Mount Mifune close to Takeo city, which will surely both appease and delight any traveller keen to enjoy a relaxing moment.

As you would have presumably discerned, Mifuneyama Rakuen offers a variety of visual and floral spectacles according to the season. The azalea display is mostly impressive in late April – beginning of May. Furthermore, in order to enhance customers magical experience, a light-up event takes place based on impressive technological and scientific advancement, in the middle-two weeks of November each day from 17:30.

Advice:
If you want to admire the beauty of cherry blossoms, it is advised to go there between the 15th of march and the 6th of April. The azalea display is mostly impressive in late April – beginning of May.