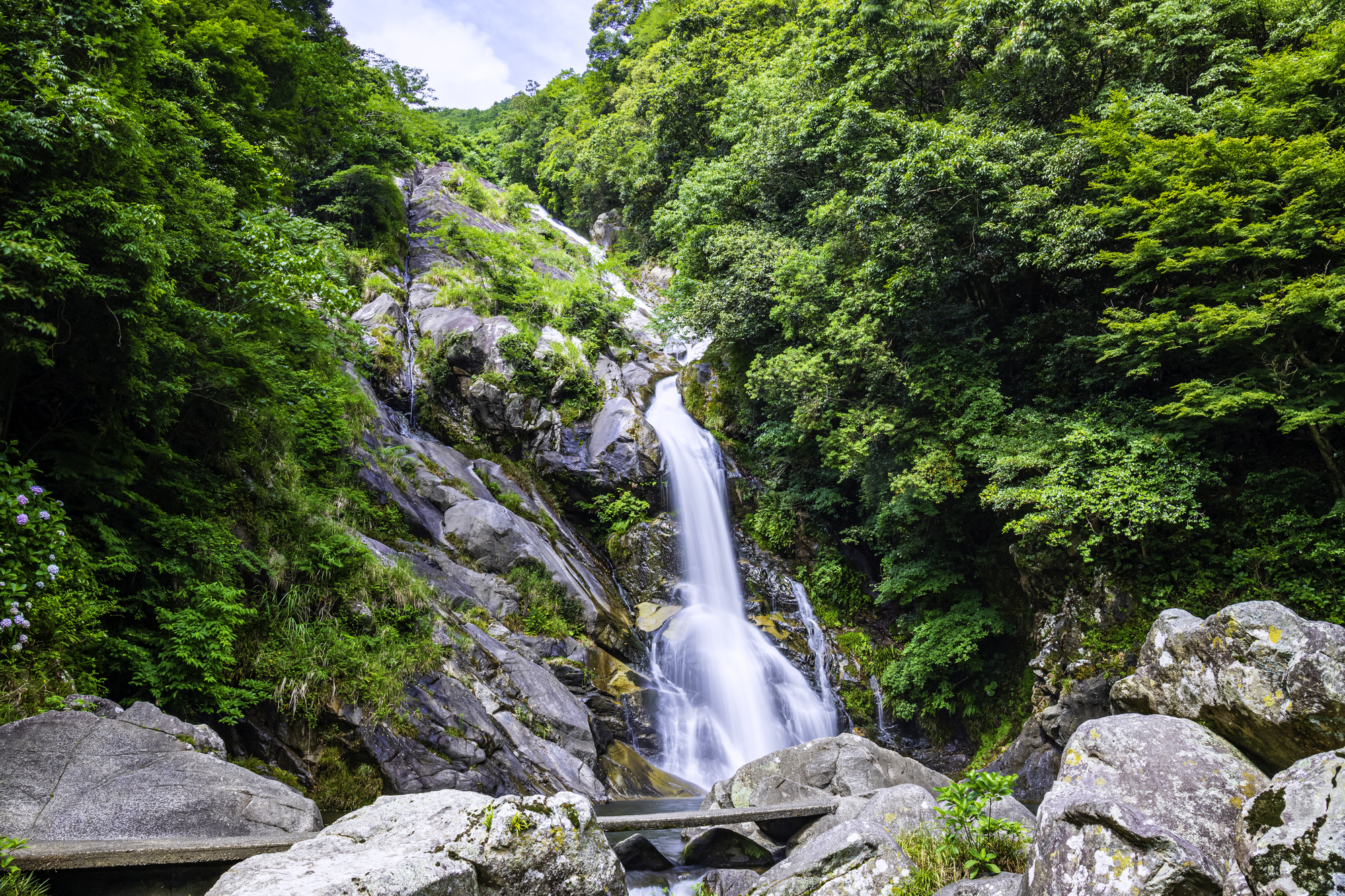 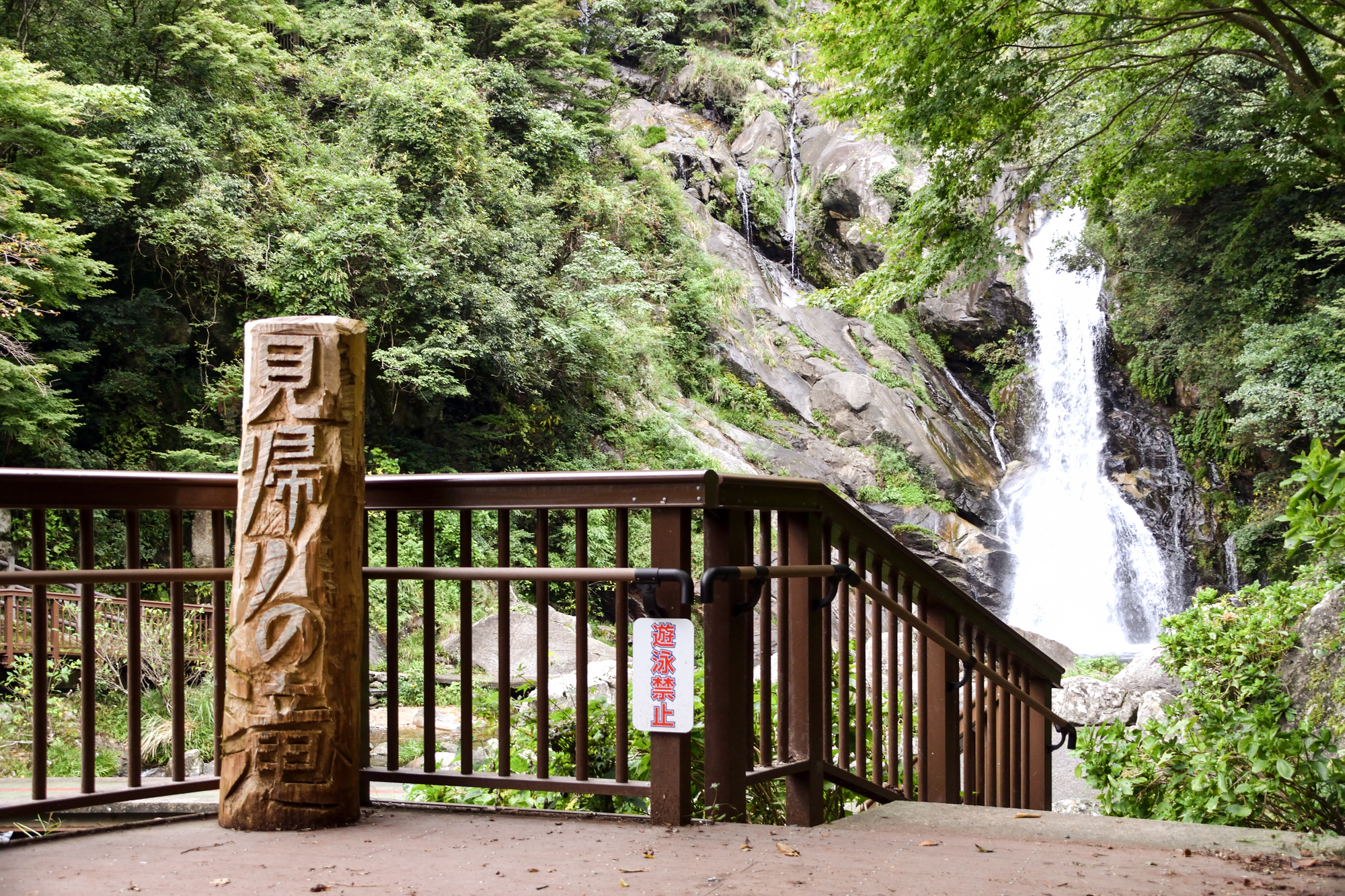 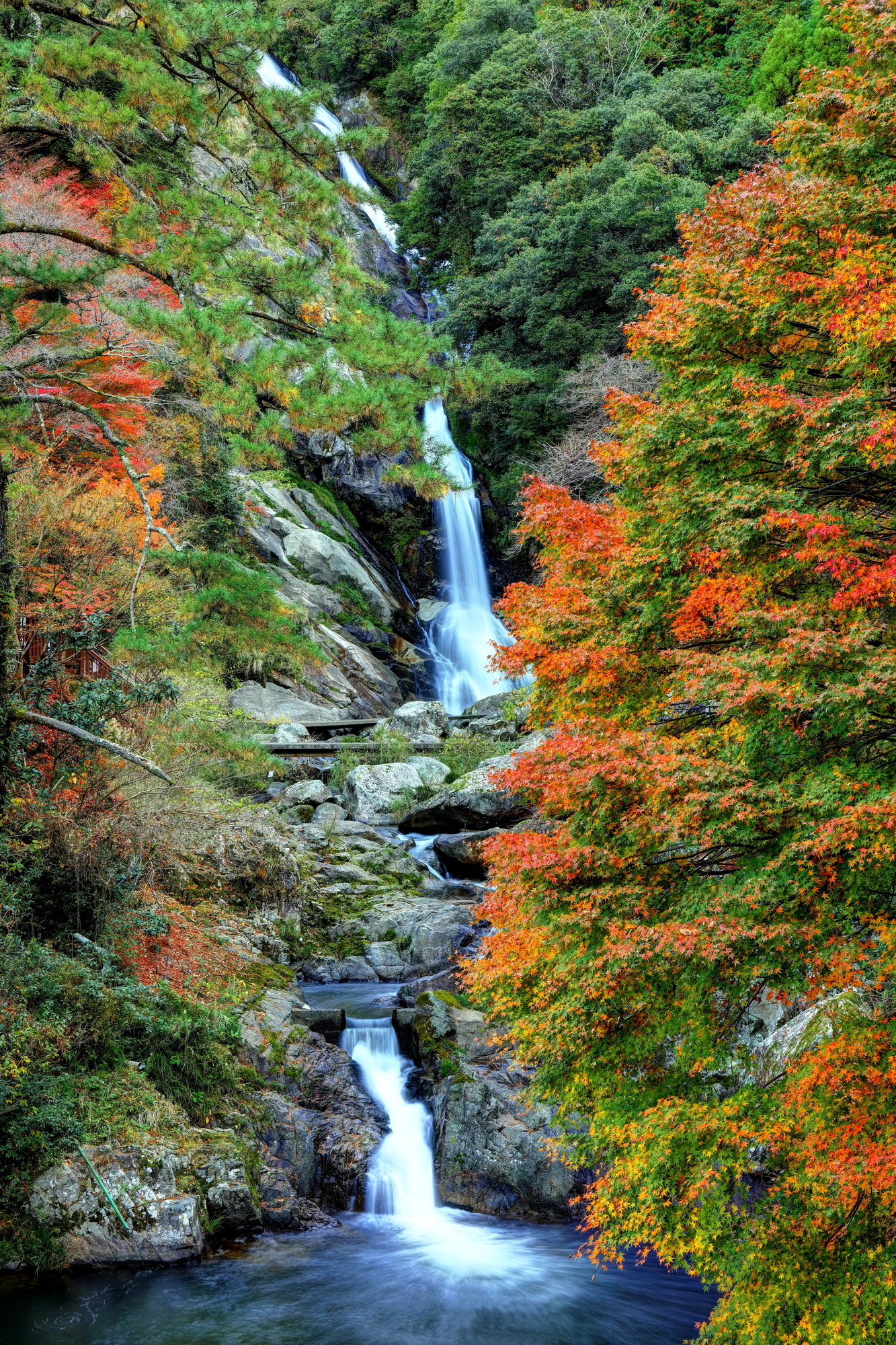 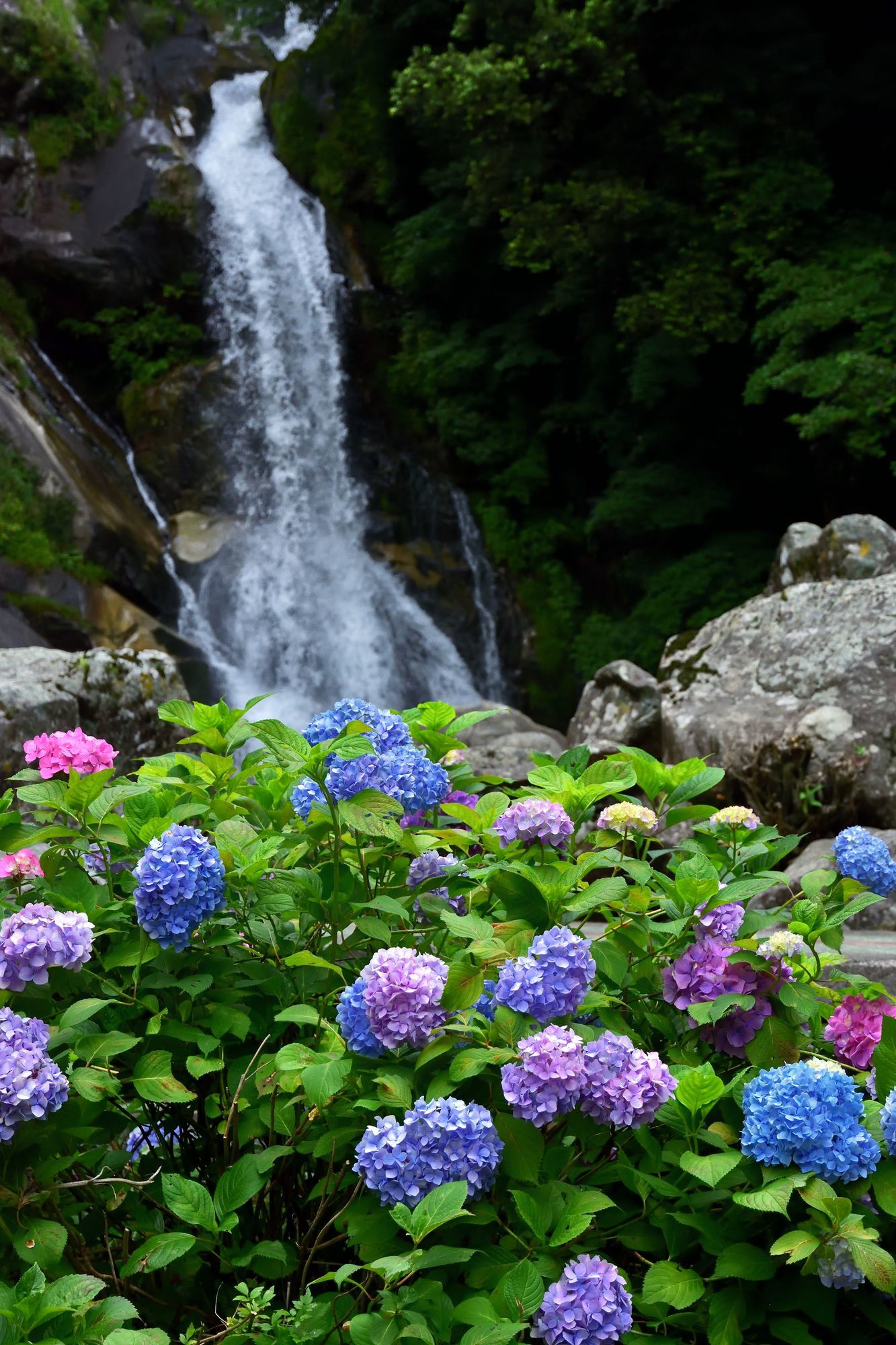 After spending a few days visiting around Kyushu, come and freshen your body and mind by hiking to the delightful Mikaerinotaki Water Falls. This gorgeous natural spot is located in Ouch, in the south of Karatsu City and is present in Japan’s top 100 most beautiful waterfalls. We strongly advise you to go there in June to enjoy thousands of magnificent hydrangea blooms.

Mikaerinotaki Water Falls is 20-meter-tall that cascades its way to the river, 100 meters away from the Momijidani Suspension Bridge, very close from the main parking area. Please, note that the amazing Hydrangea Festival is held here on June. It makes the spectacle unique as the waterfalls is surrounded by 40.000 hydrangea blooms and it attracts 70.000 visitors every year. That’s why we really advise you to go there in this period as Mikaerinotaki Water Falls become a magical place.

Advice:
Reaching these waterfalls can be done by taking 7 different walking routes. It is strongly advised to take a route map to go there to avoid getting lost or waste time if you have a schedule to follow. You can easily find the map on Shiobara Visitor Center website.