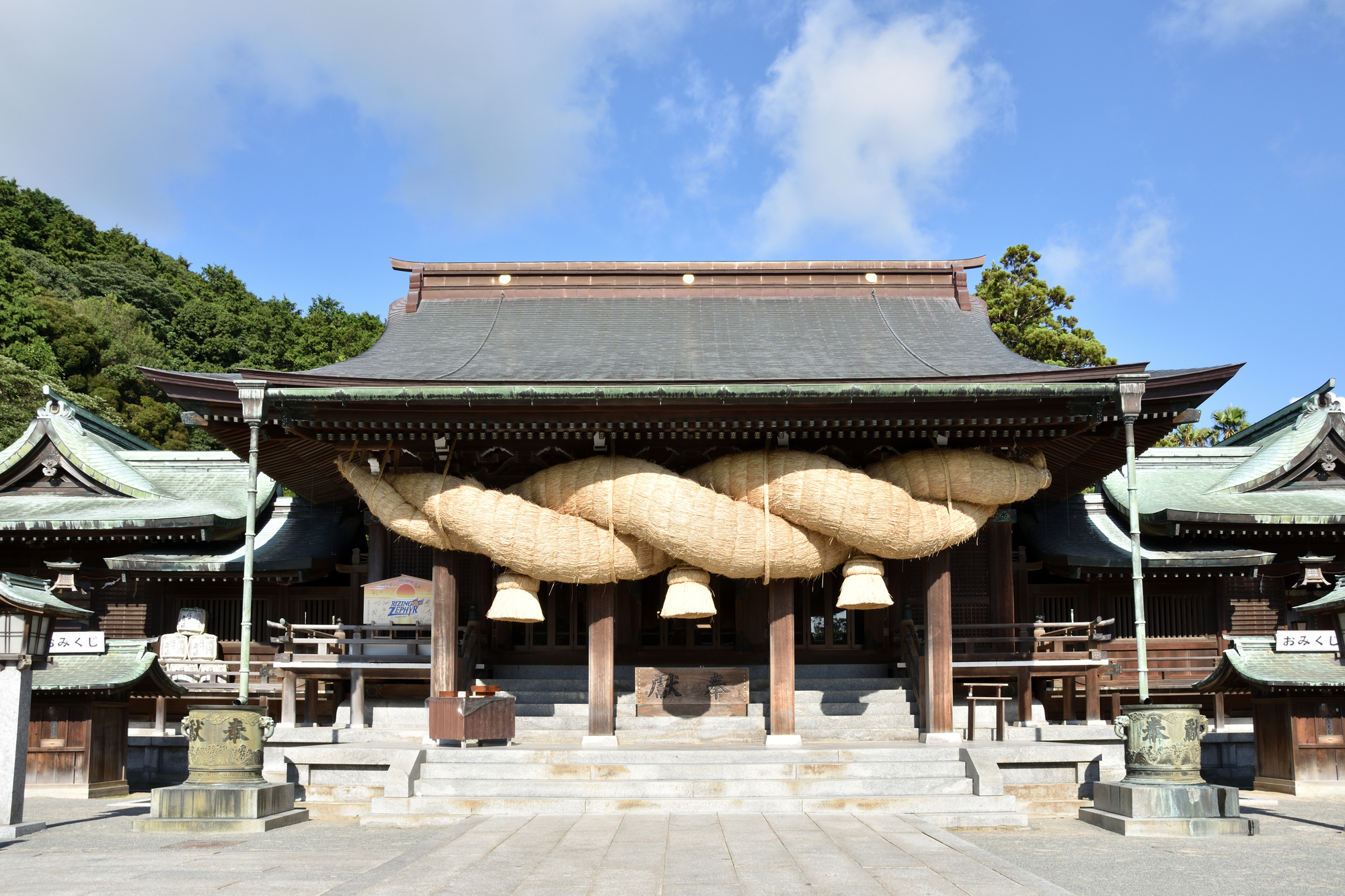 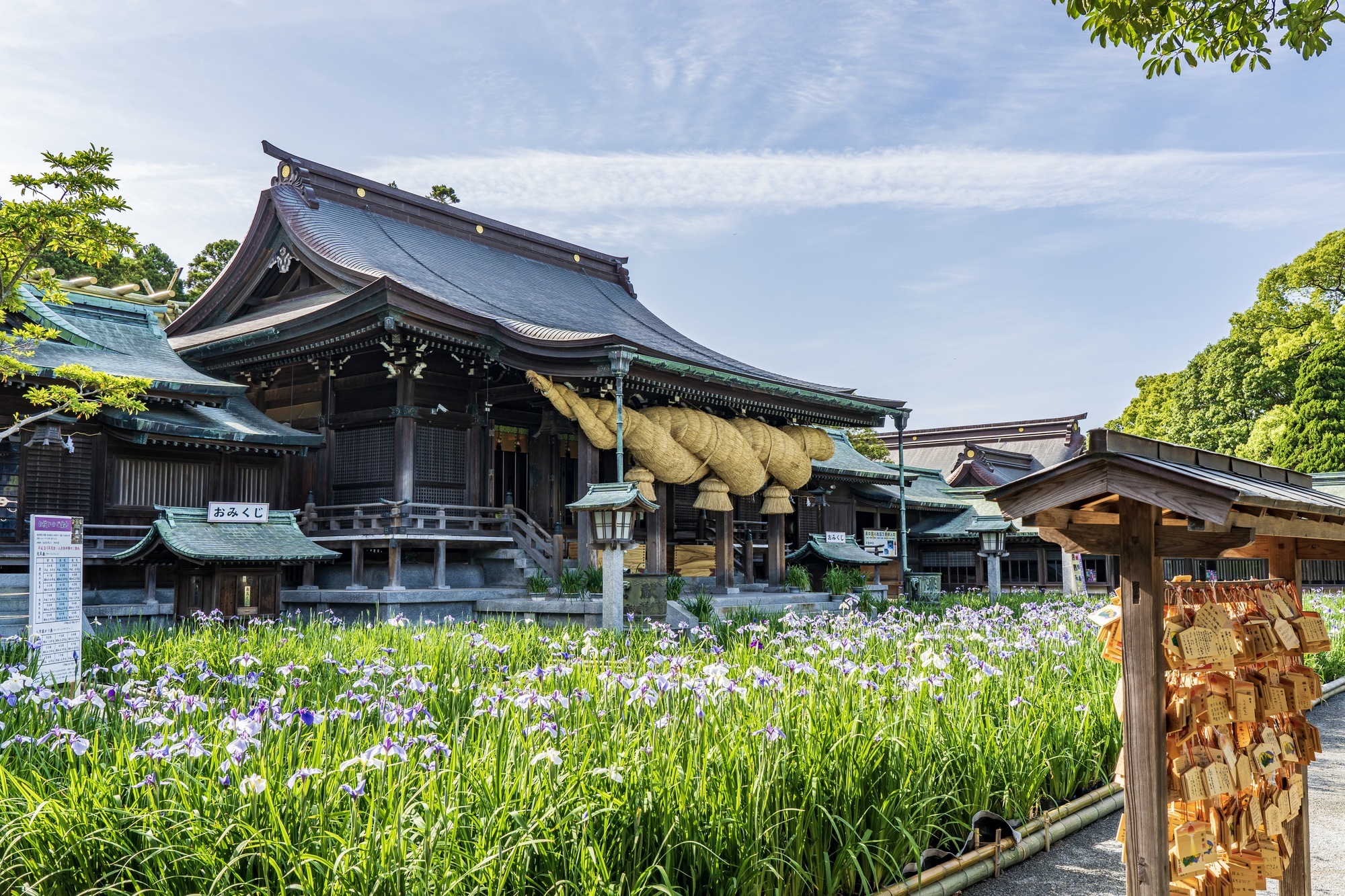 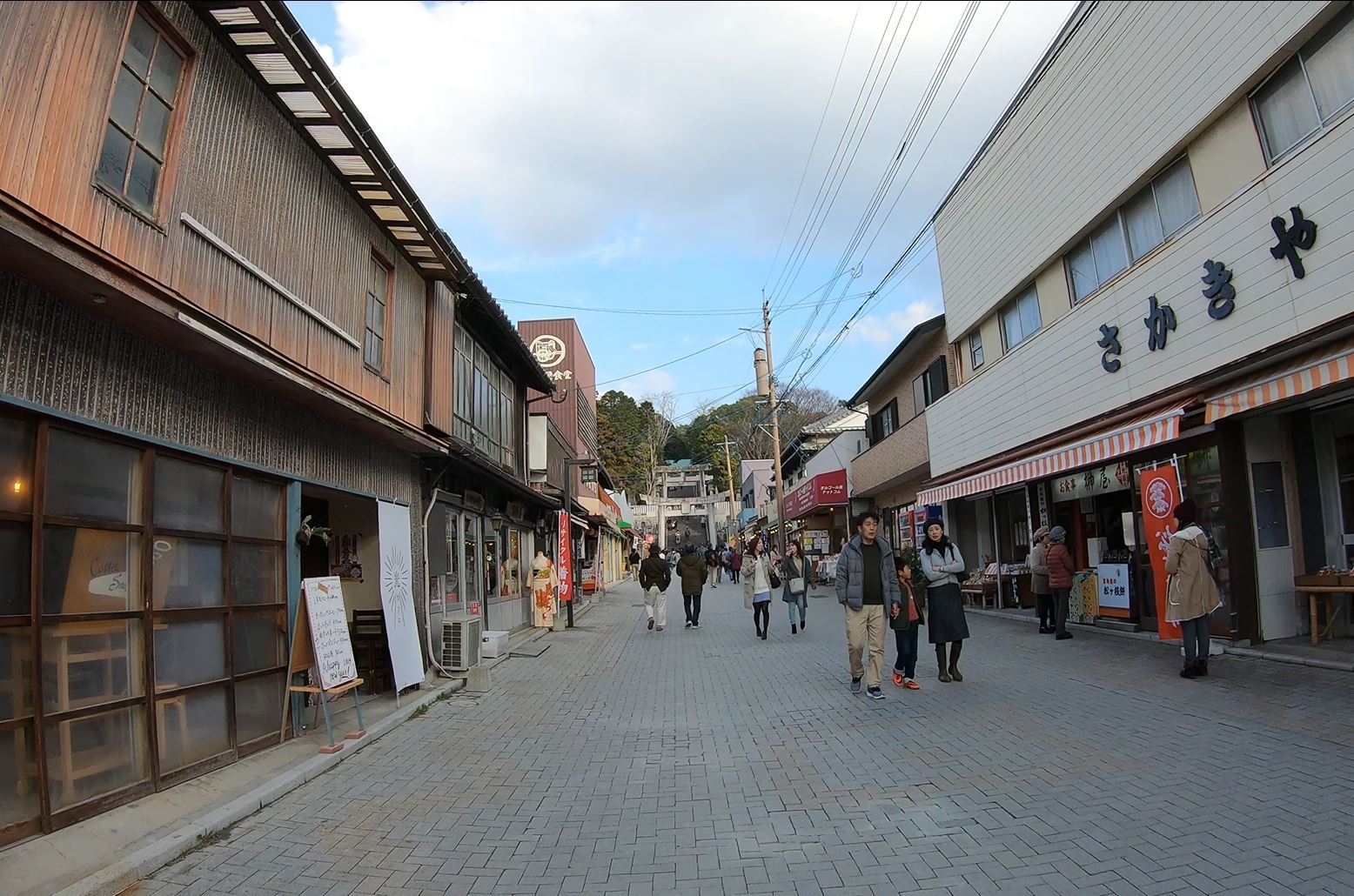 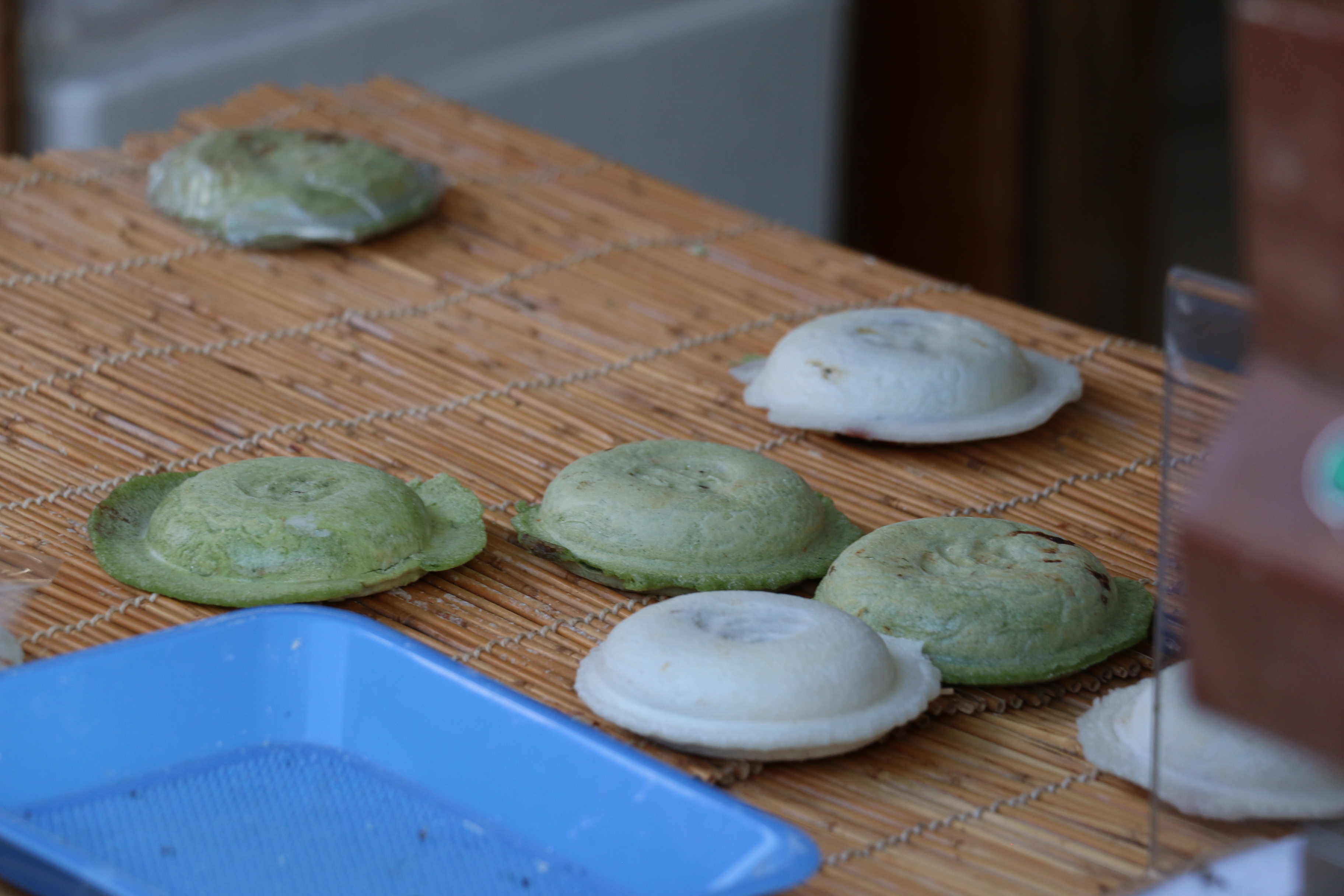 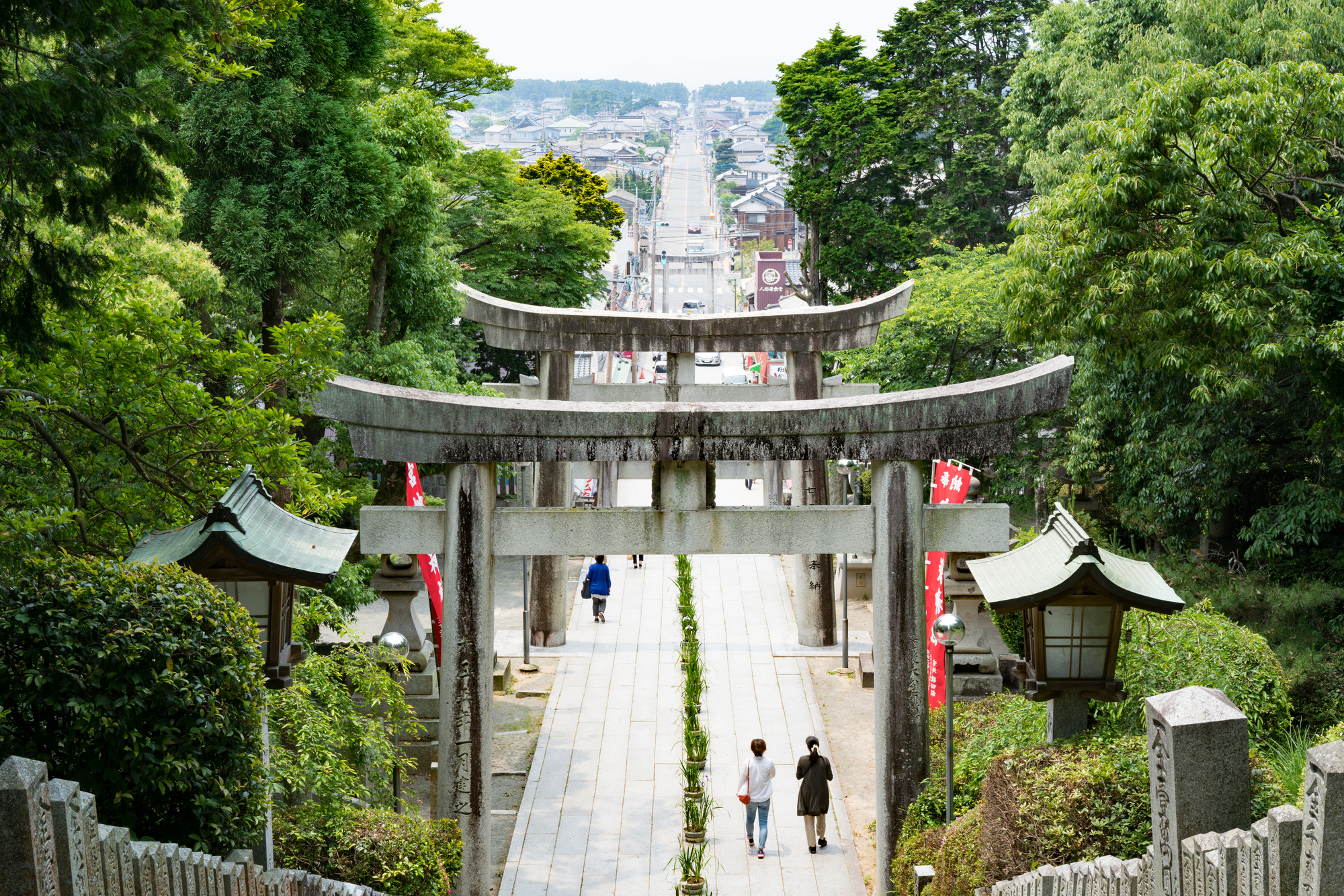 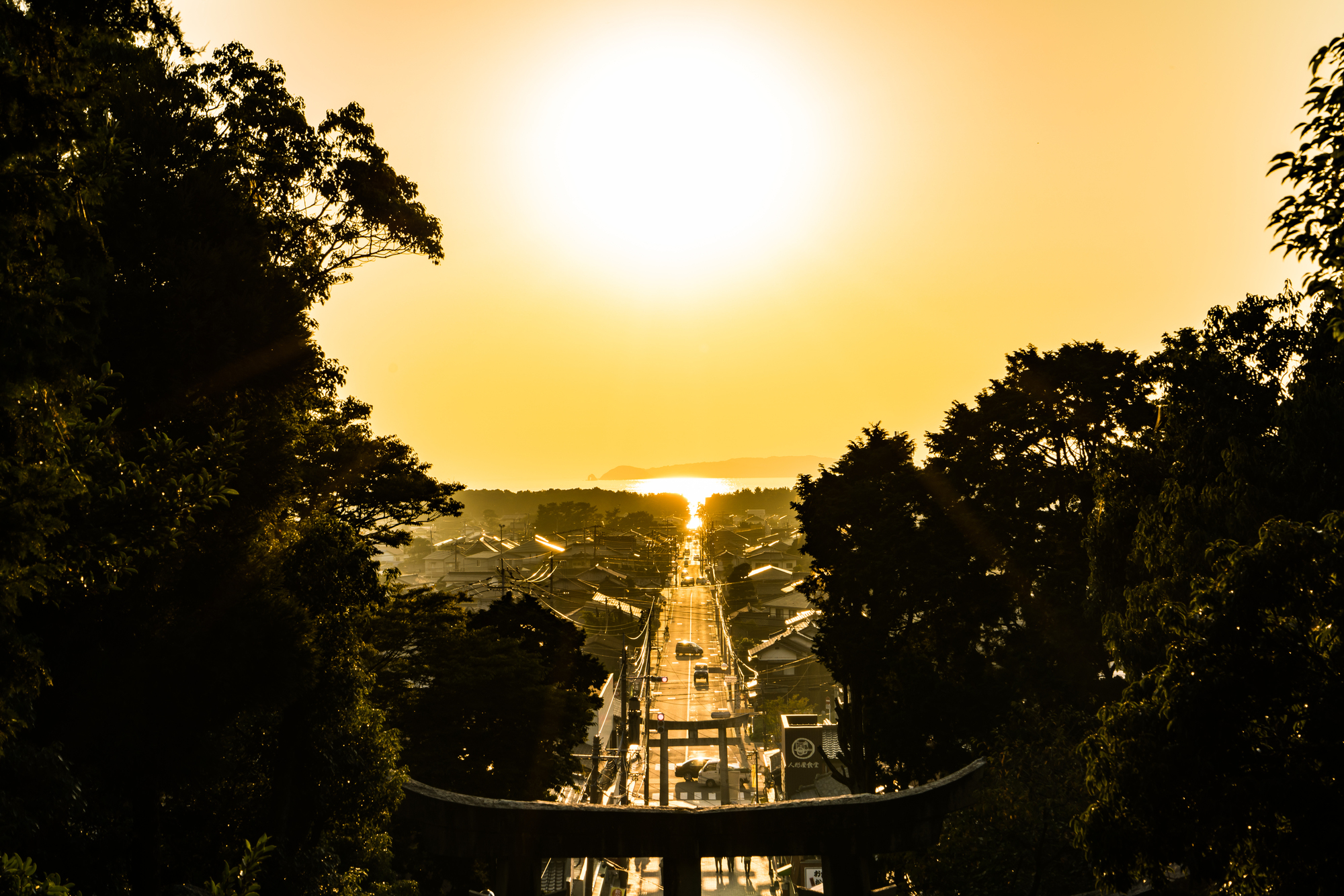 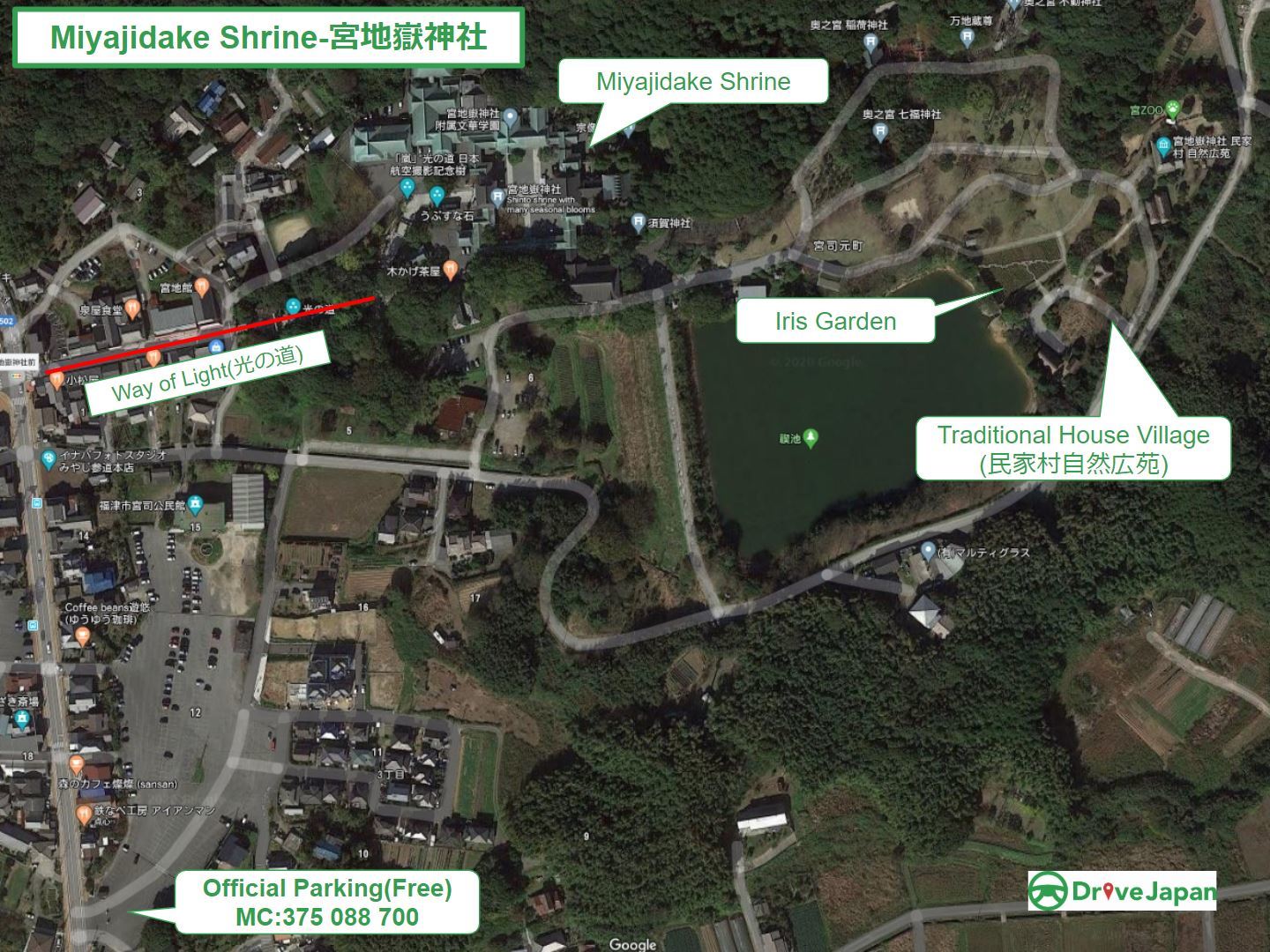 The Miyajidake Shrine is a fabulous Shinto temple located in the city of Fukutsu(福津市) in the Fukuoka prefecture(福岡県). Following the local Japanese culture, this shrine is dedicated to the Empress Jingu that attracts a couple of millions of worshipers every year. In order to reach this sacred place, you have to climb over a multitude of stairs, but we still highly recommend it.

A long and straight stairway brings visitors to the entrance, marked by the presence of a torii. If you step back under the torii, you can admire a long path below leading to the sea. At certain times of the year the sunset lines up perfectly with the road offering a delightful and spiritual view that has been used in many famous commercials. By walking towards the shrine, you can notice various specific and precious artifacts with some being recognized as National Treasures such as an impressive shimenawa but also golden crowns, bronze pots abd gilts etc.

Advice:
-The Shrine is located 7min by foot from the parking.
-From the end of May until mid-June there is an exhibition.
- You can see the “Way of Light” only 2 weeks during the year; for a week around October 20 and February 20.