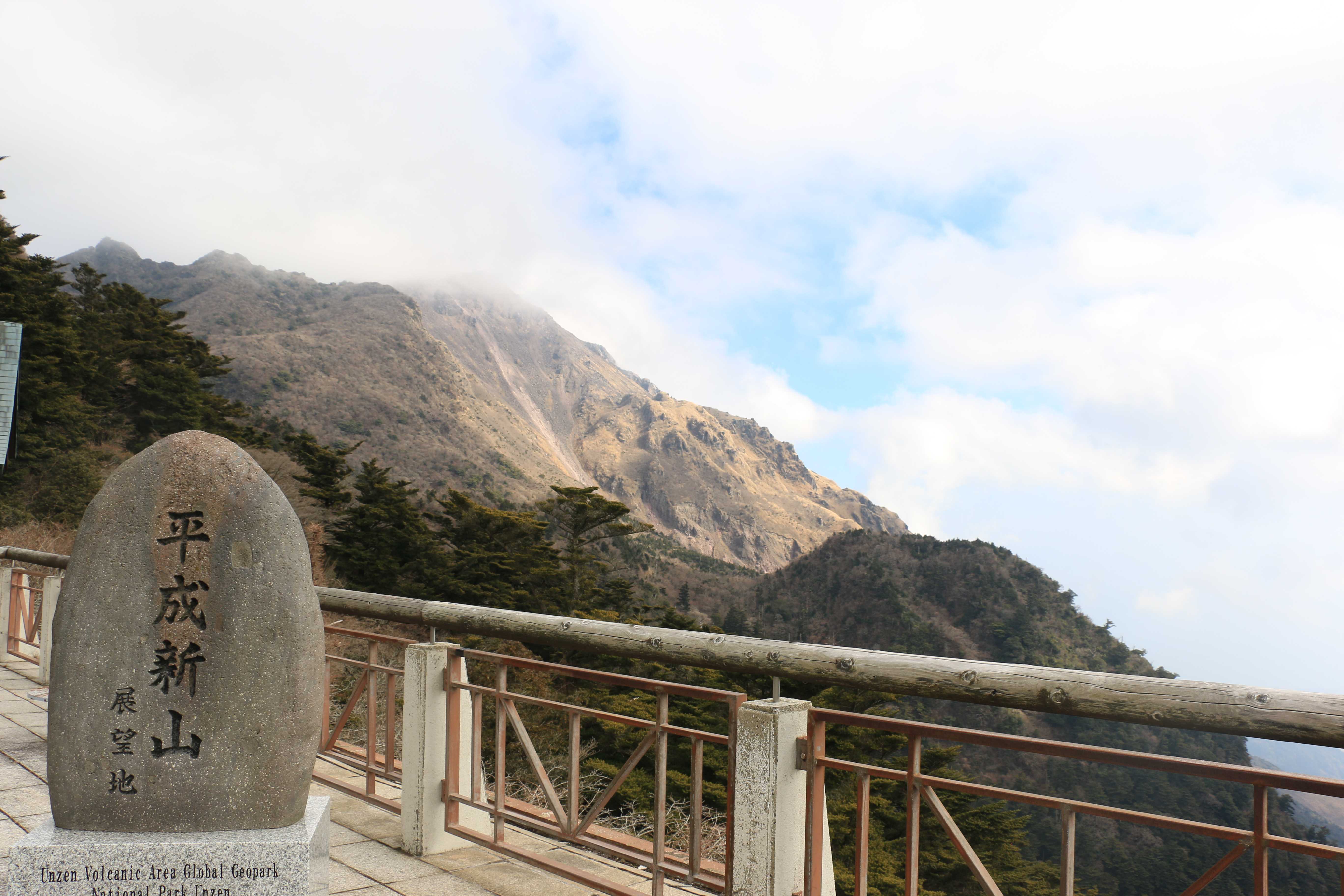 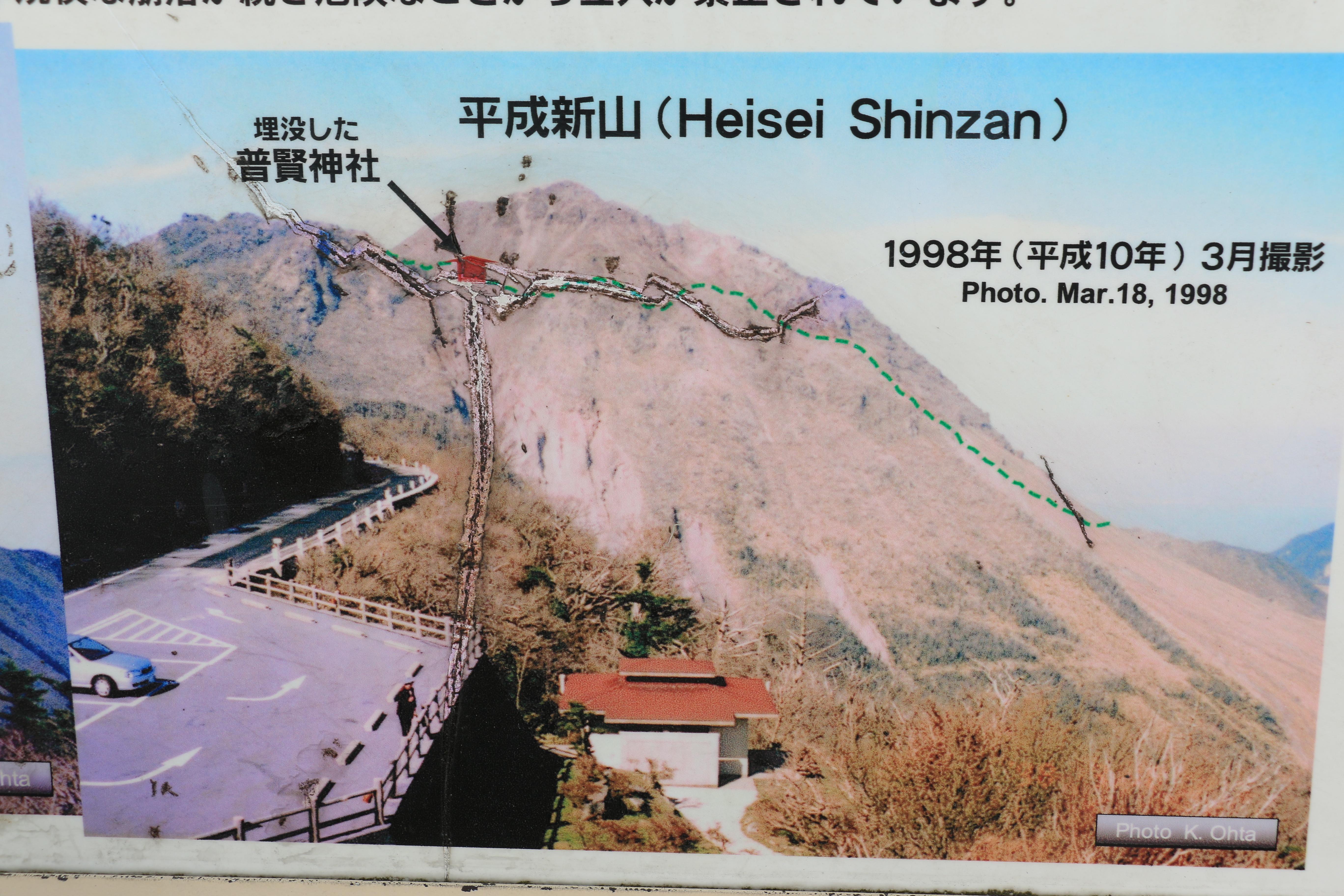 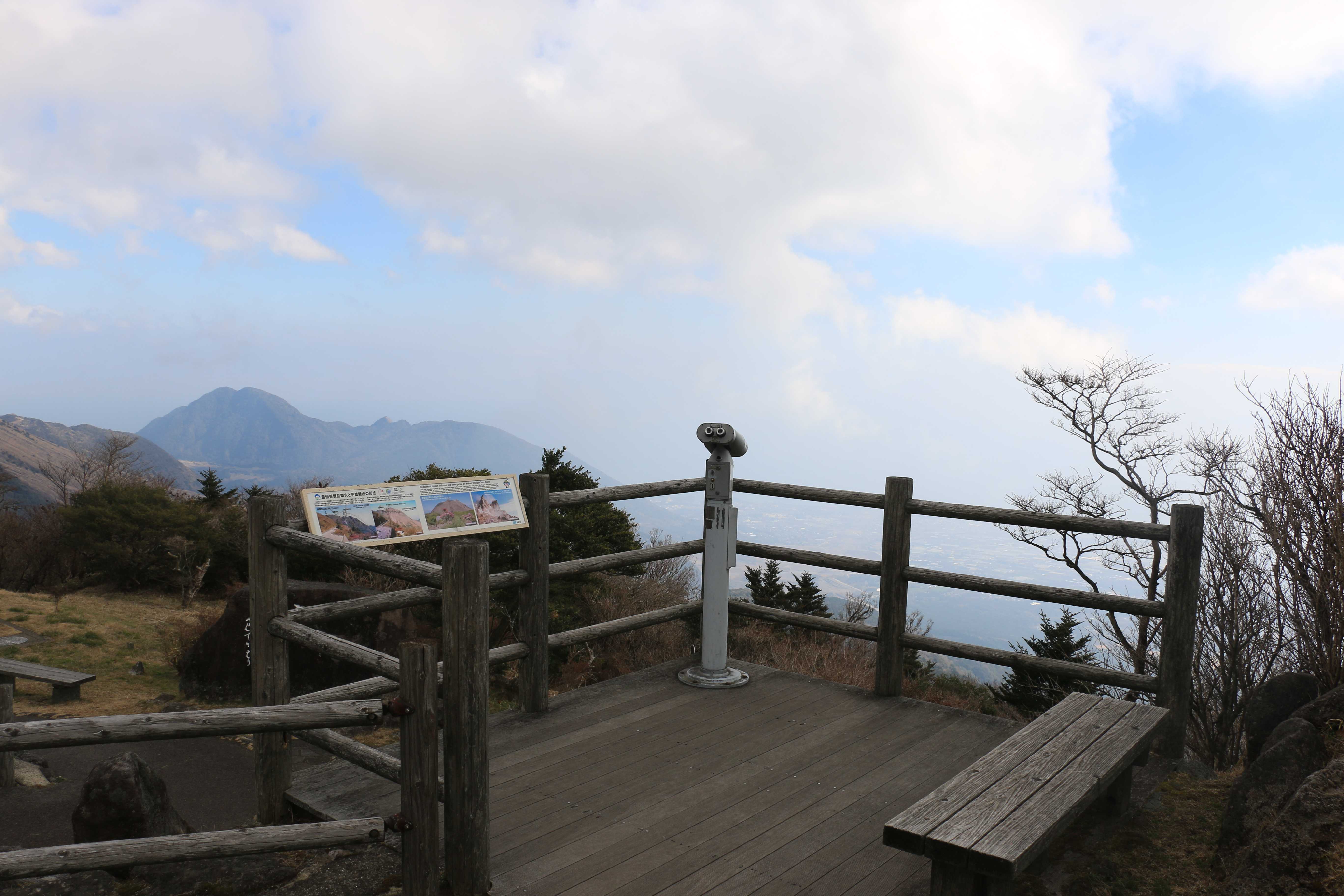 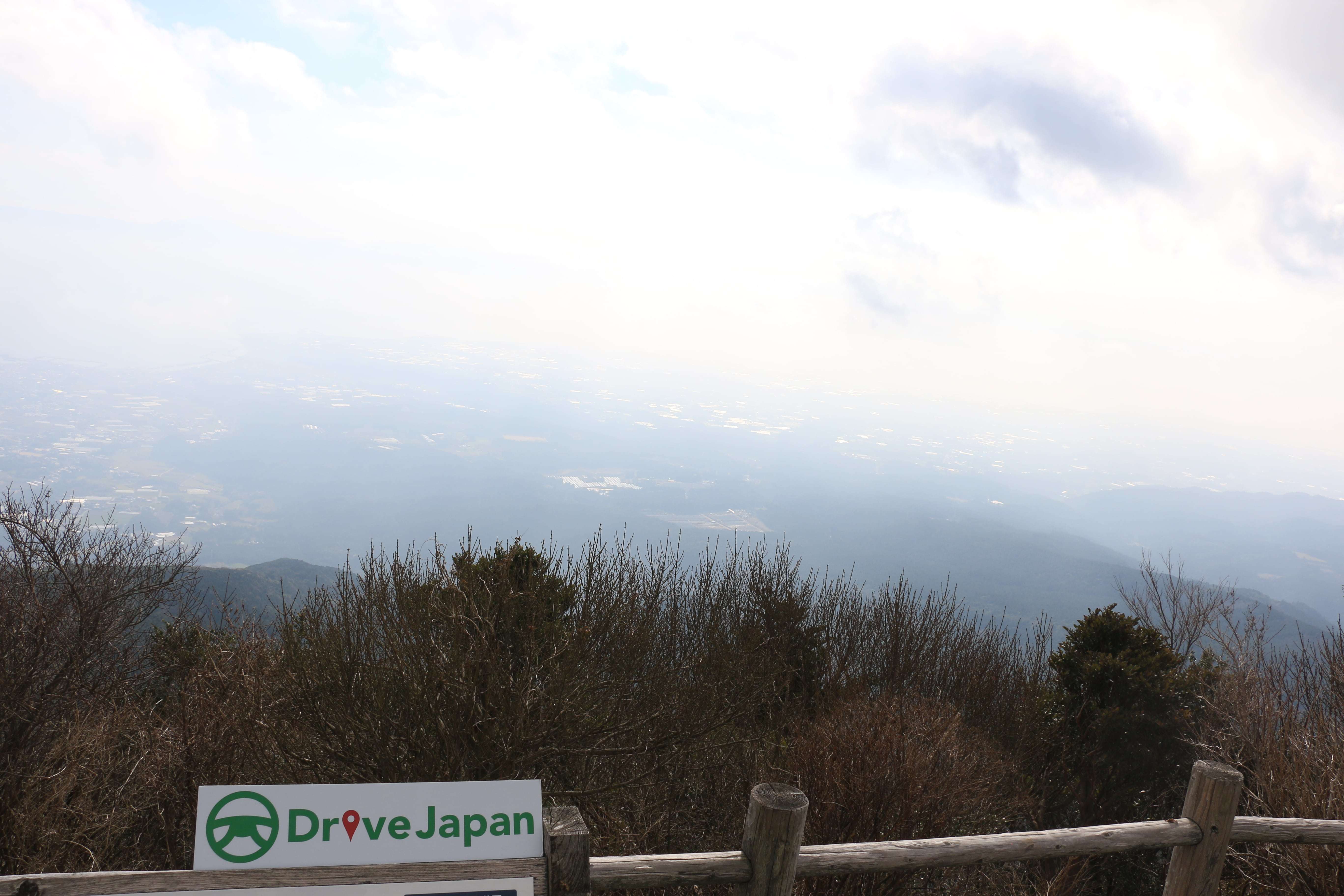 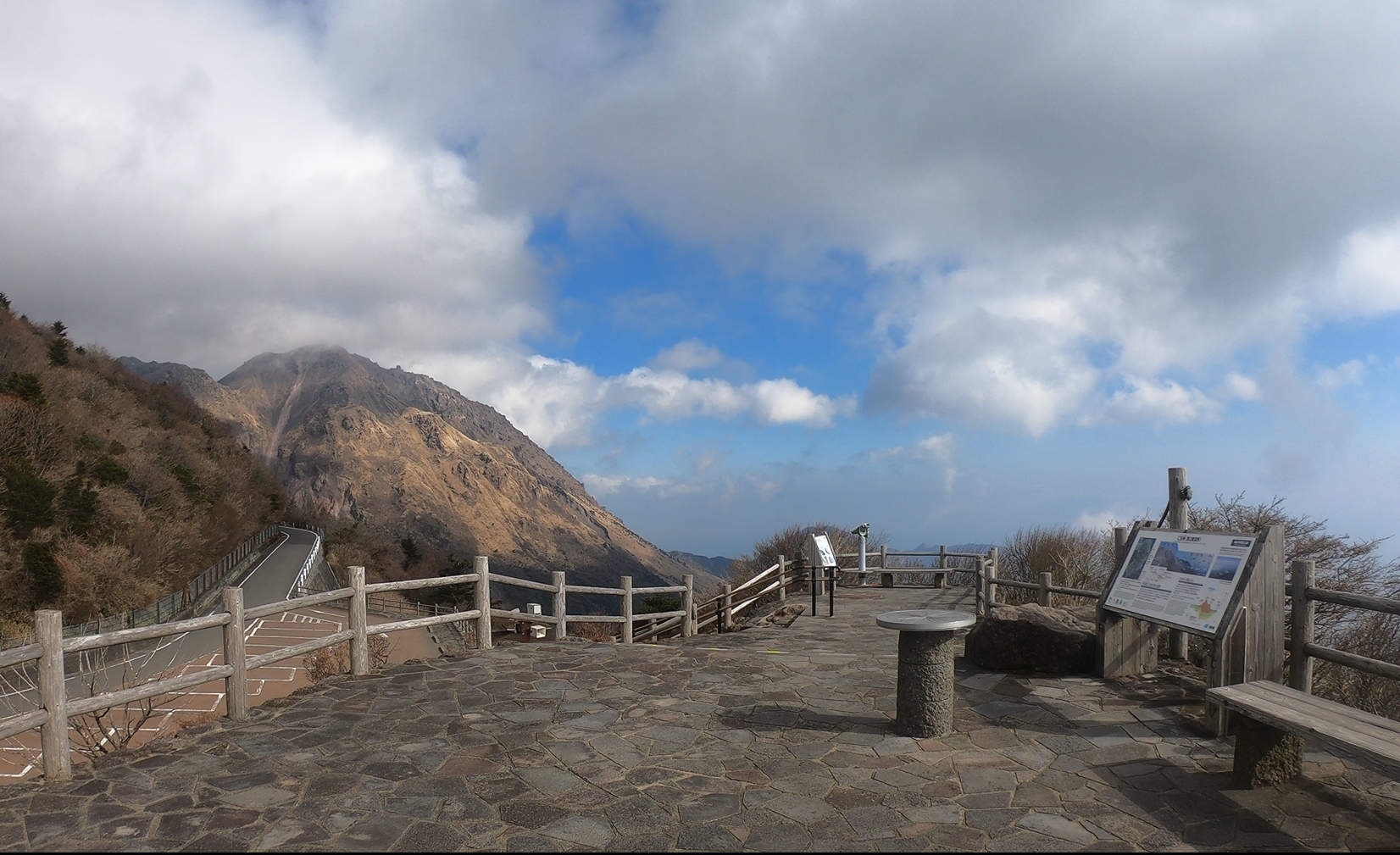 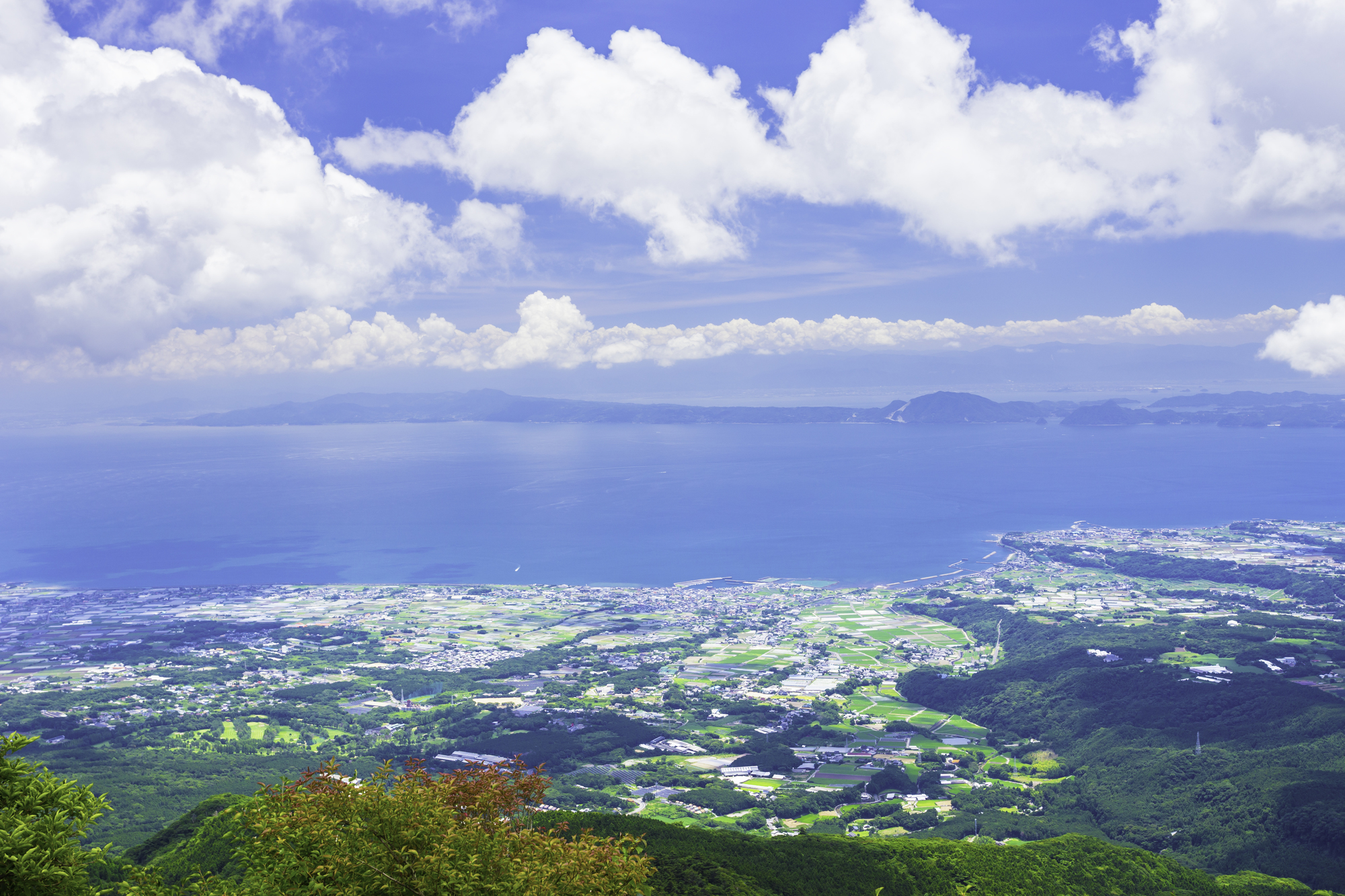 After visiting the Gamadasu Dome and learnt more about the Mount Unzen volcano, you will probably be interested in seeing the mountain with your own eyes. The Nita Pass 2nd Lookout is a fascinating observatory point, offering a splendid view over the mountain, the plains and the bay. You can also find further explanations regarding the previous eruptions. It is recommended to go there on a clear and sunny day where it is relaxing to park the car in order to have a calm walk in this unique atmosphere.

Advice:
This observatory point is along the “Unzen Nita Jyunkan Road” where each car has to pay 100 yen to access.