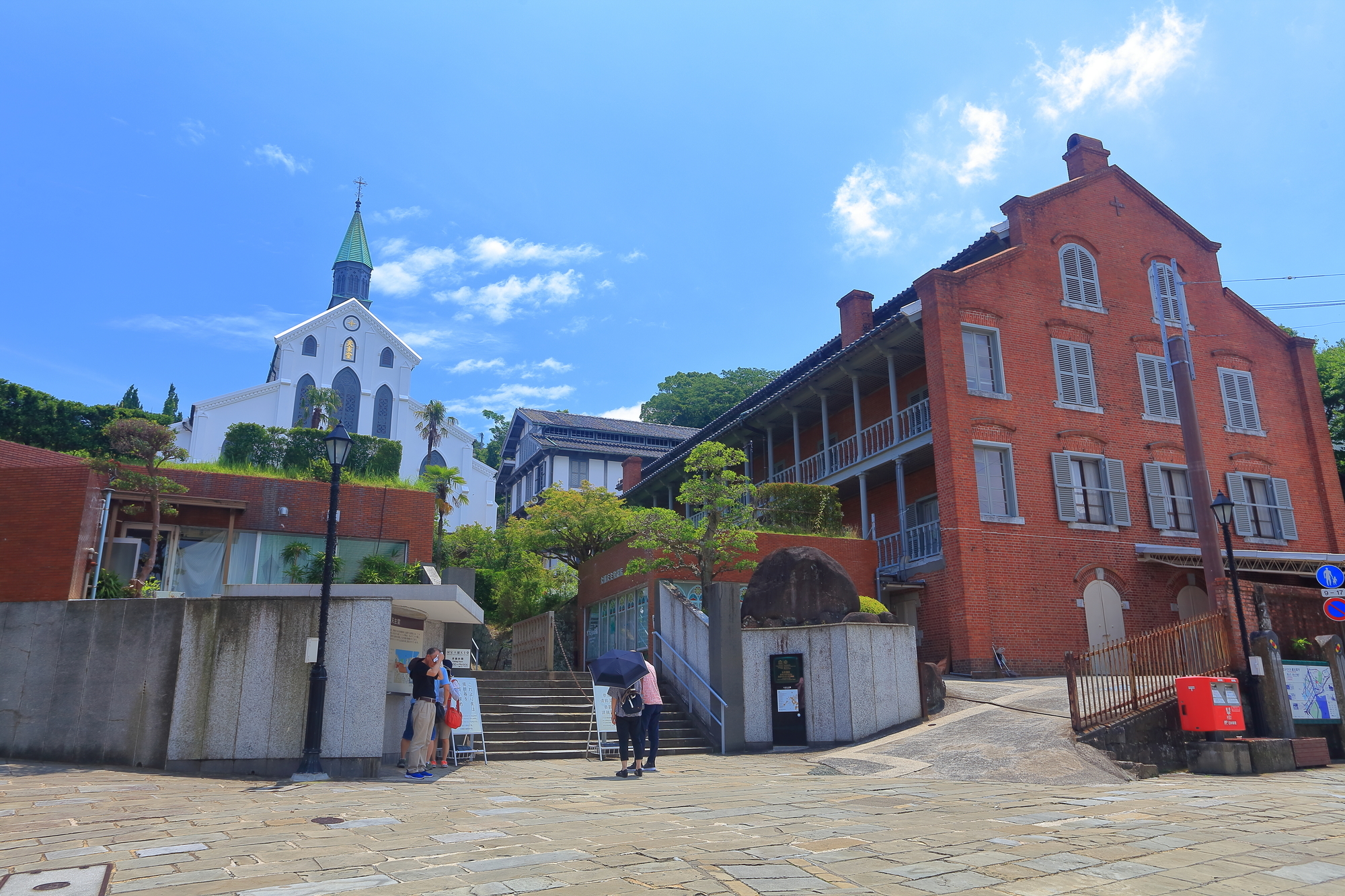 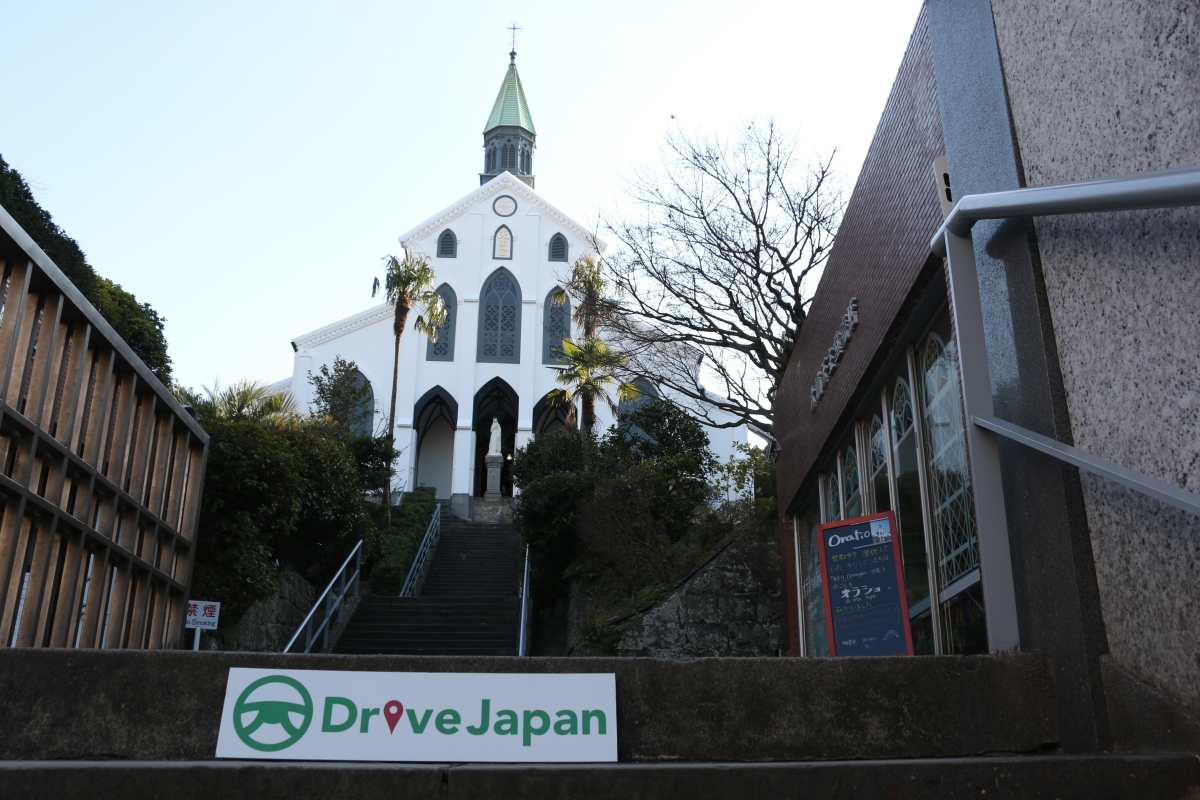 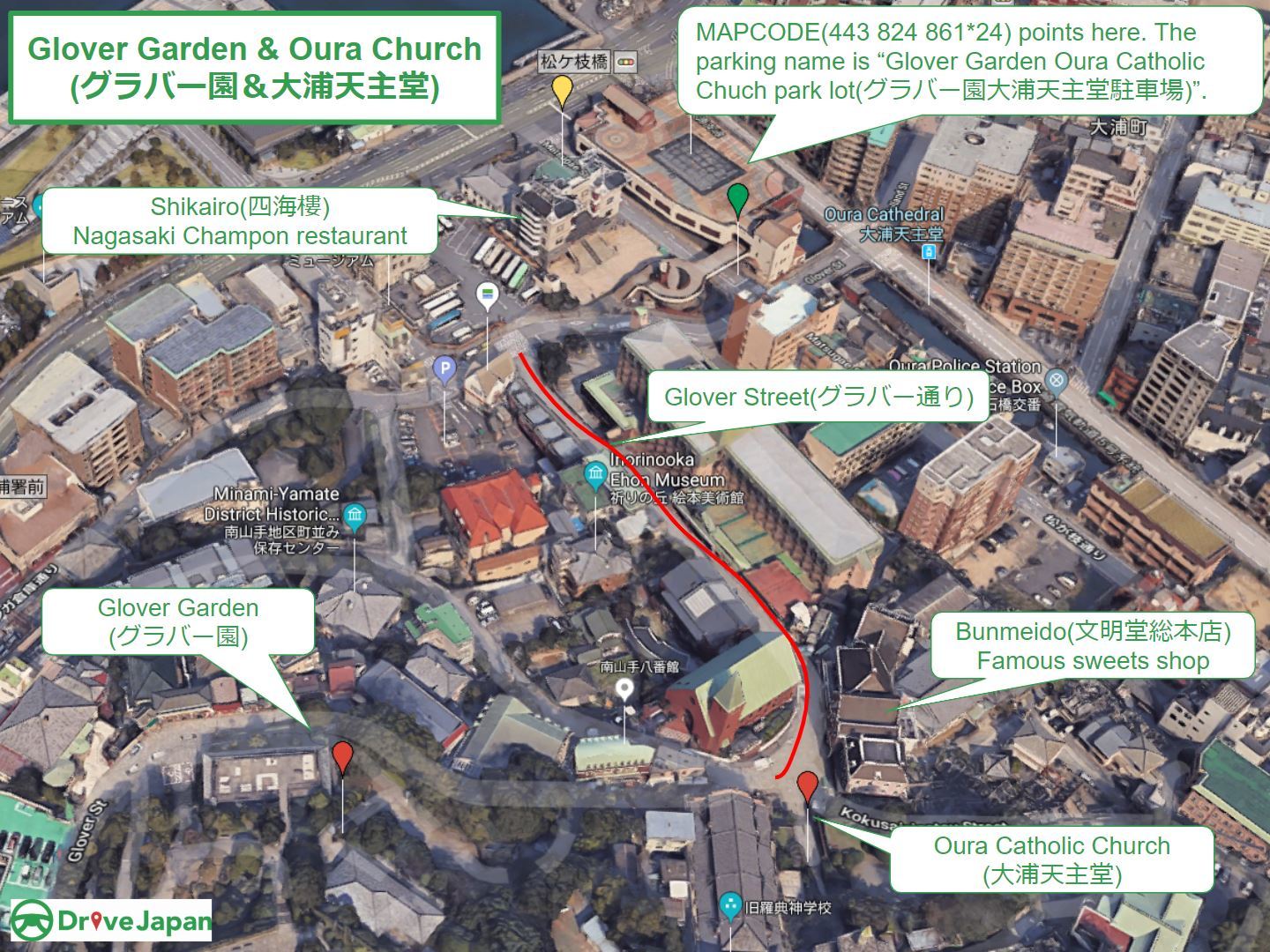 This magnificent Church was built in 1864 by a French missionary to honour the memory of the 26 martyrs executed by the city in 1597, making it the oldest standing Christian wooden church in Japan. By its prodigious and Gothic contemporary architecture, it was the first Western style building to be recognized and honoured as being a Japanese National Treasure back in 1933.

Visiting this historic church also enables visitors to enter the Christian Museum, which also has a highly attractive and admirable architecture. Inside the museum are displayed various artefacts and documents tracing the rich story of the Christianity expansion in the region but also across Japan. Please note that most of the information are exclusively in Japanese. The Oura Catholic Church became famous as being the place where the “hidden followers” who survived the religious persecution were discovered. We strongly recommend visiting this place has it represents both a strong religious and history heritage and background. Please find bellow a map showing the way from the parking to the church, along with further information.

Advice:
-Please be aware that the parking is located down the hill. The MAPCODE given will bring you to the ""Glover Garden Oura Catholic Church parking lot(グラバー園大浦天主堂駐車場)"" directly as it isn’t convenient to find. The map explaining the way is present in the pictures bellow but is susceptible to change with others. Make sure not to miss it.
-Based on the same location, we advise you to have a walk in the Glover Garden(グラバー園) after your visit.