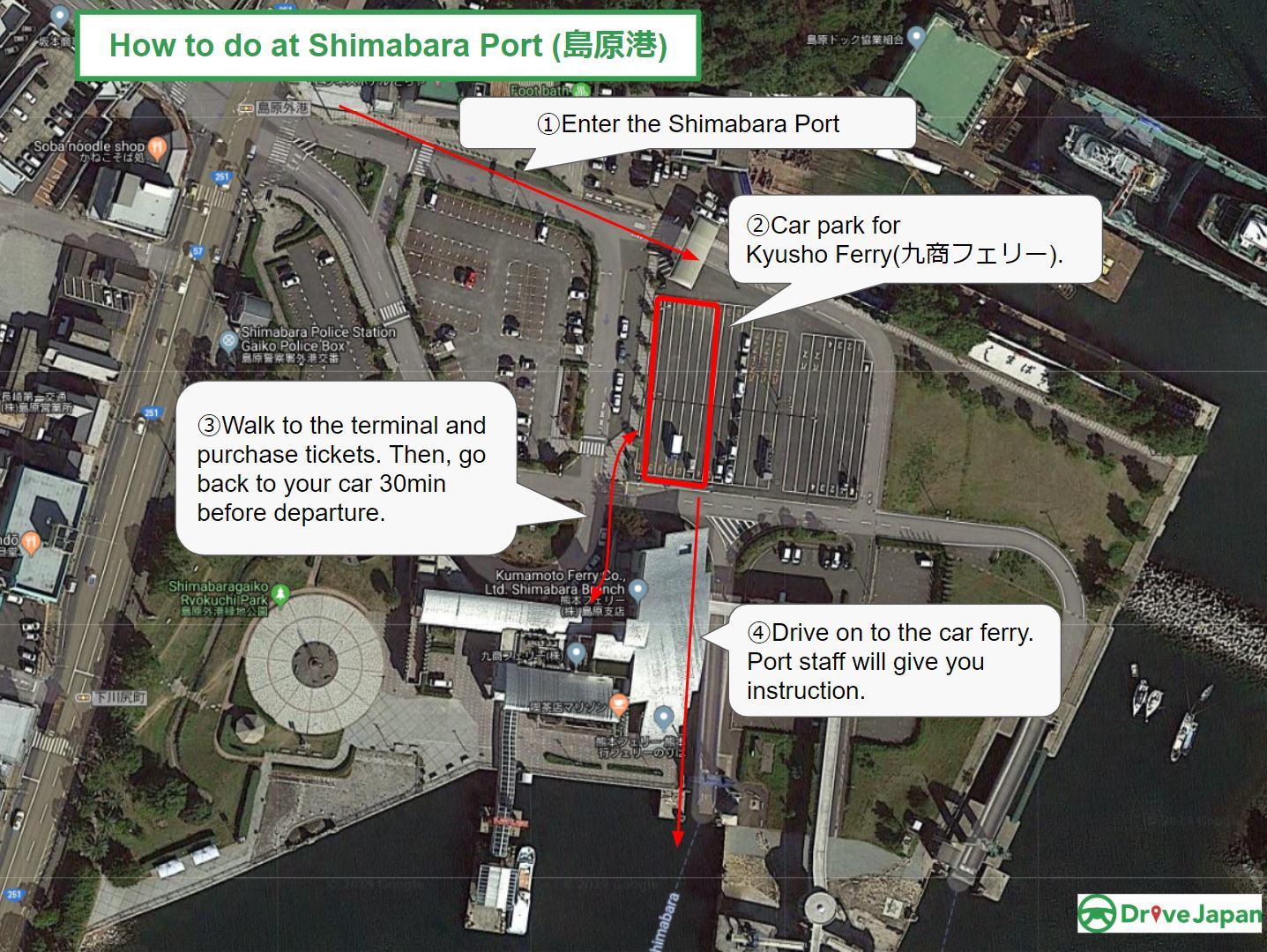 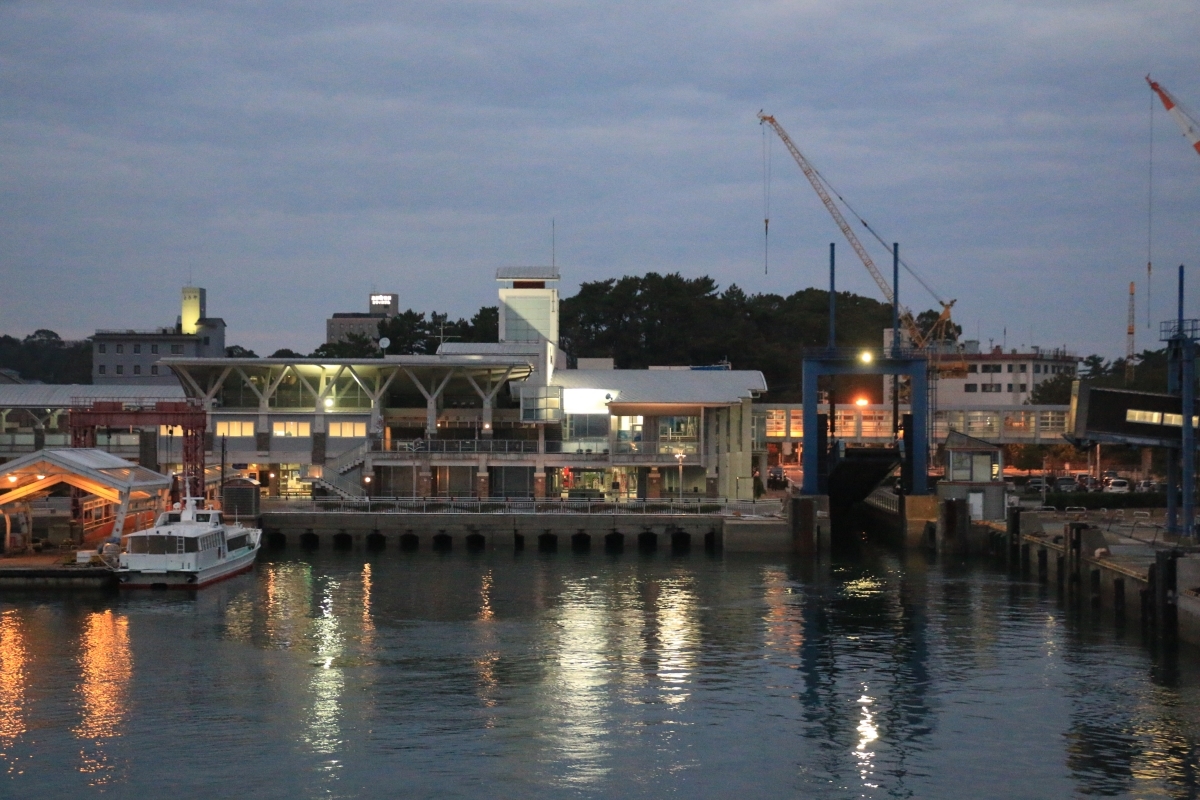 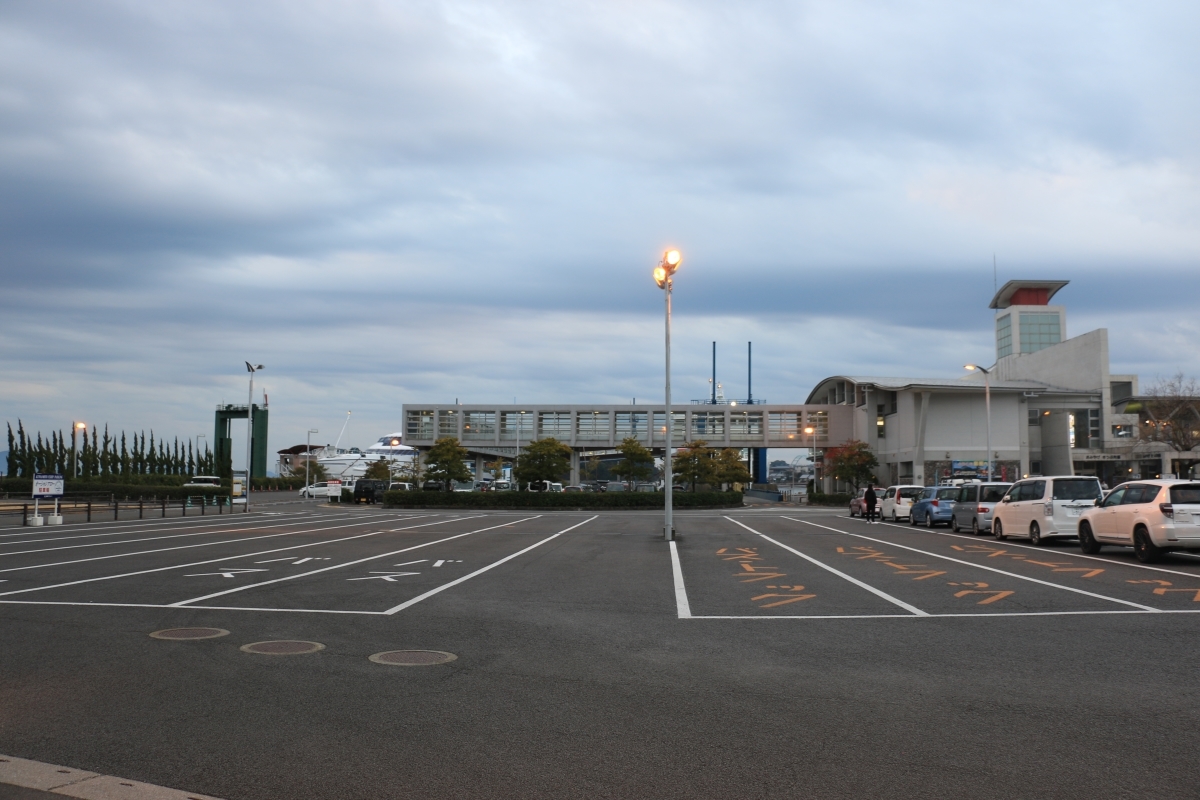 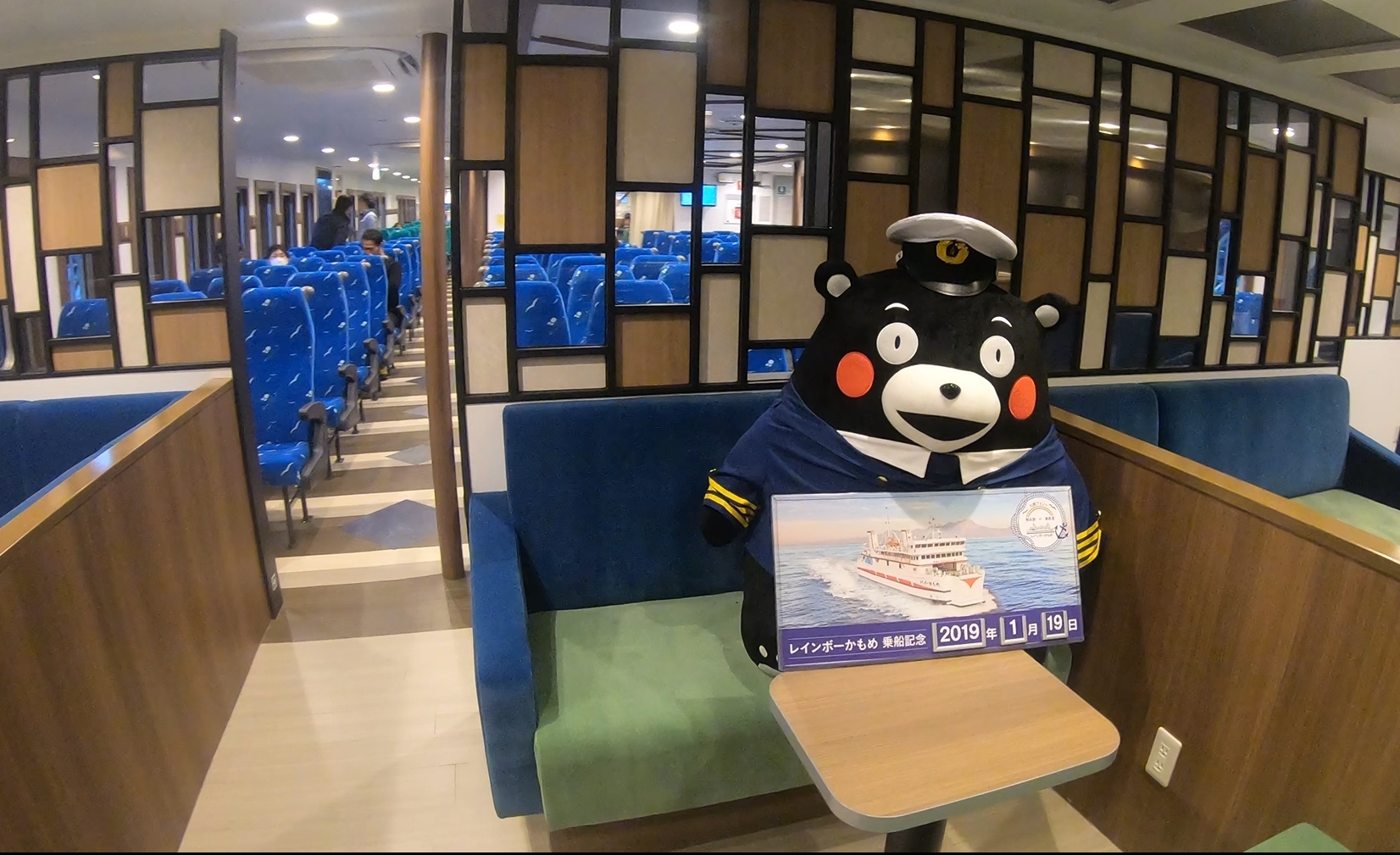 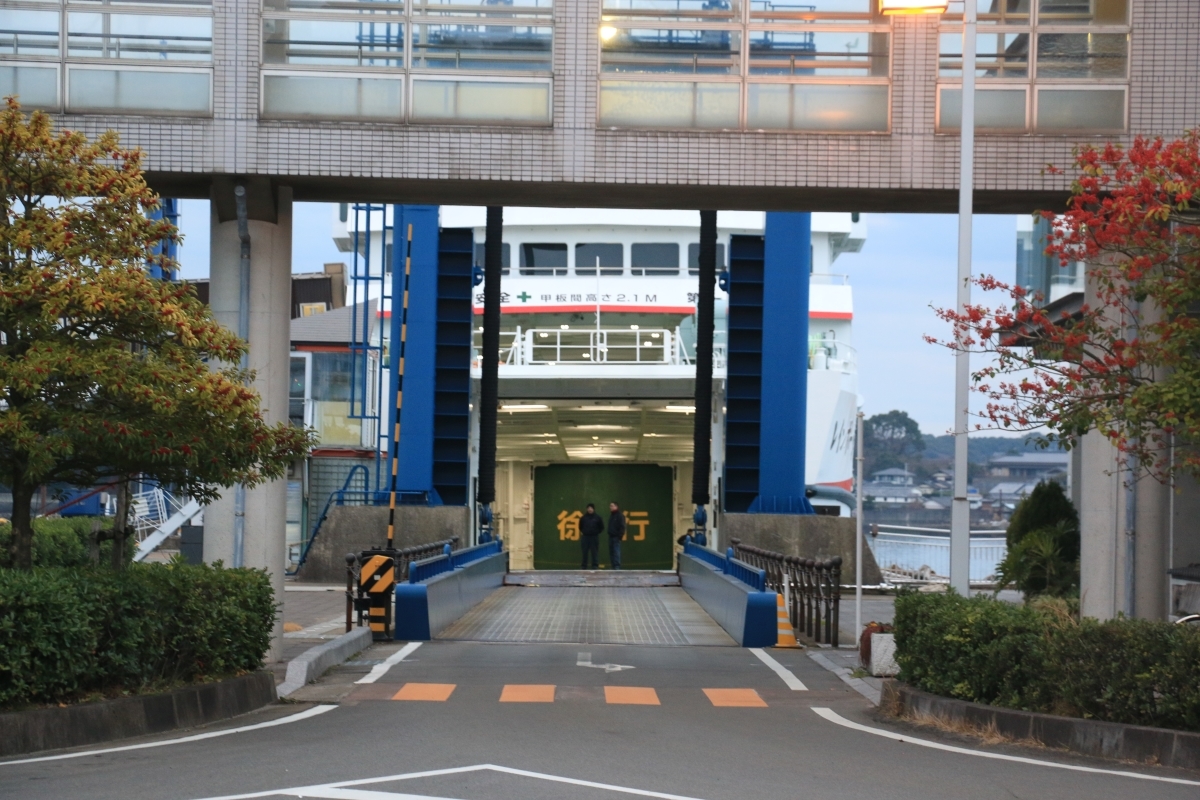 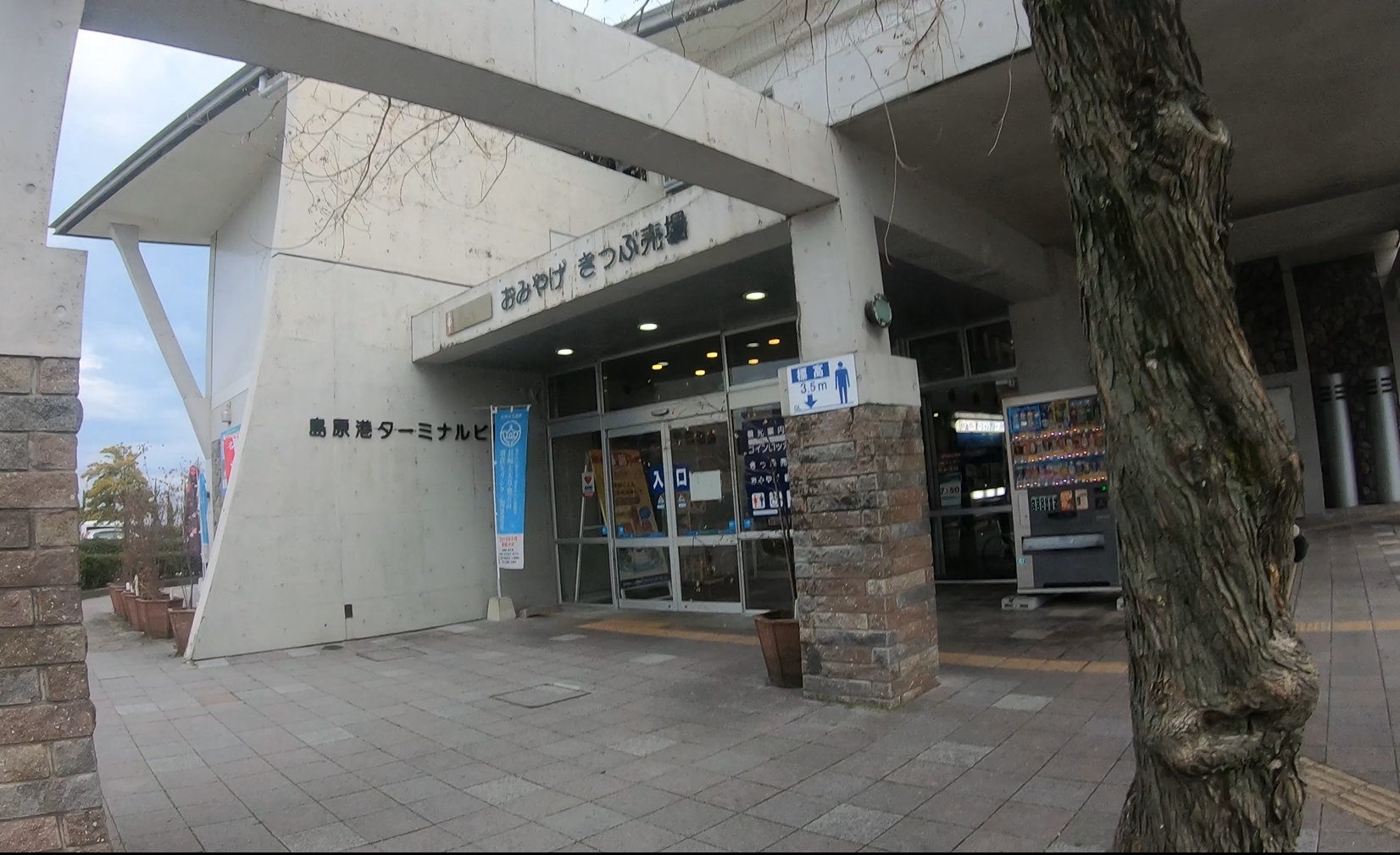 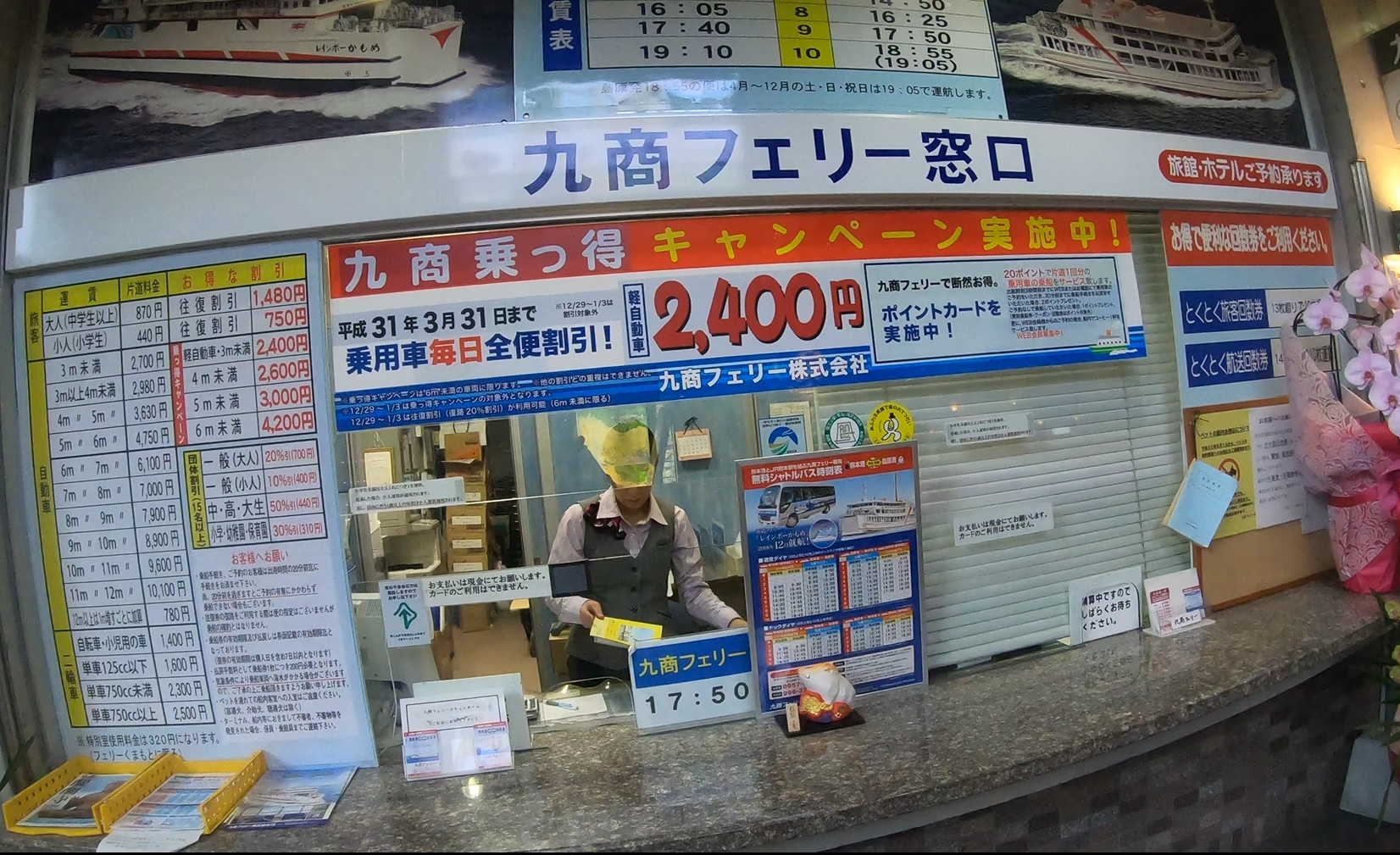 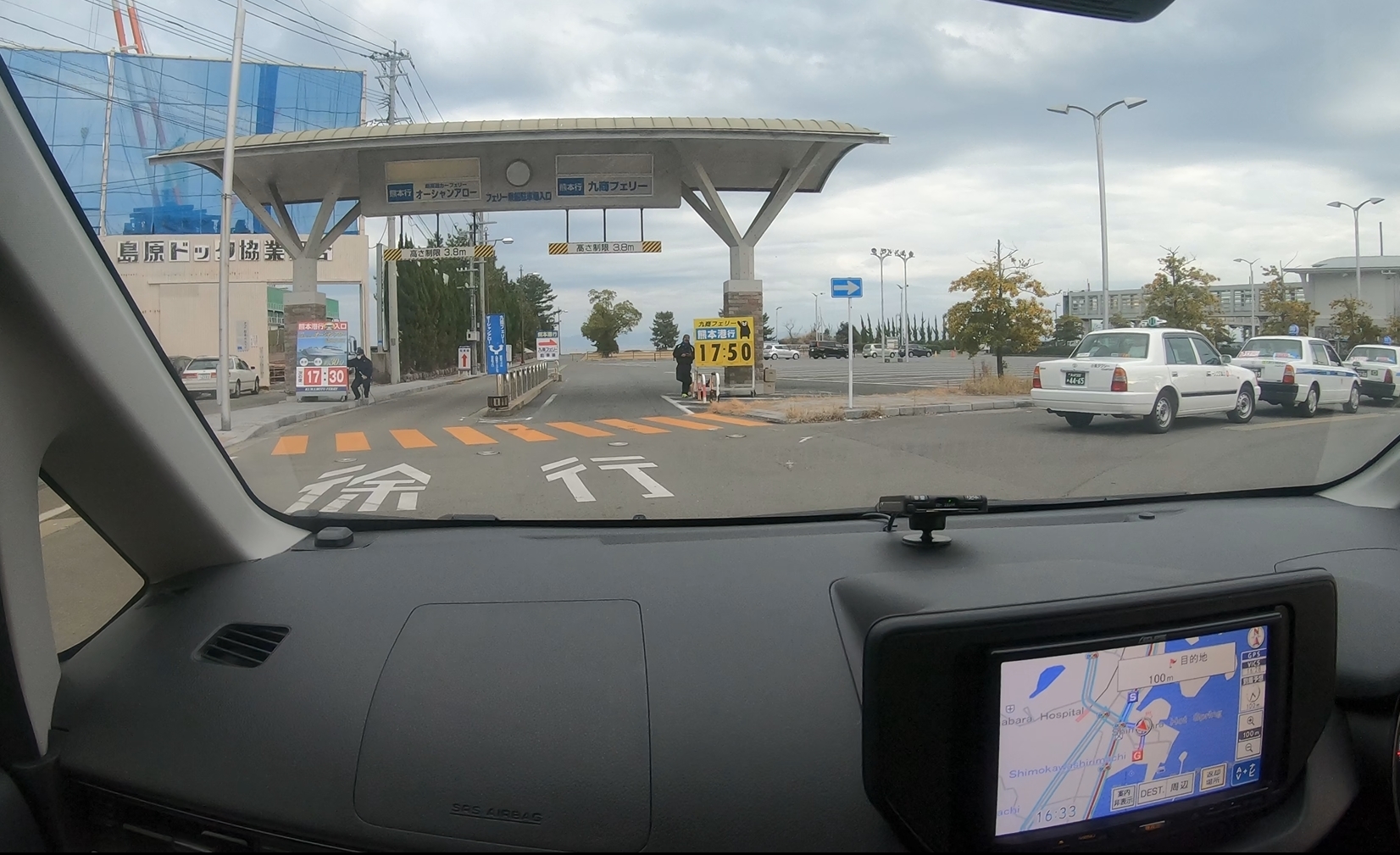 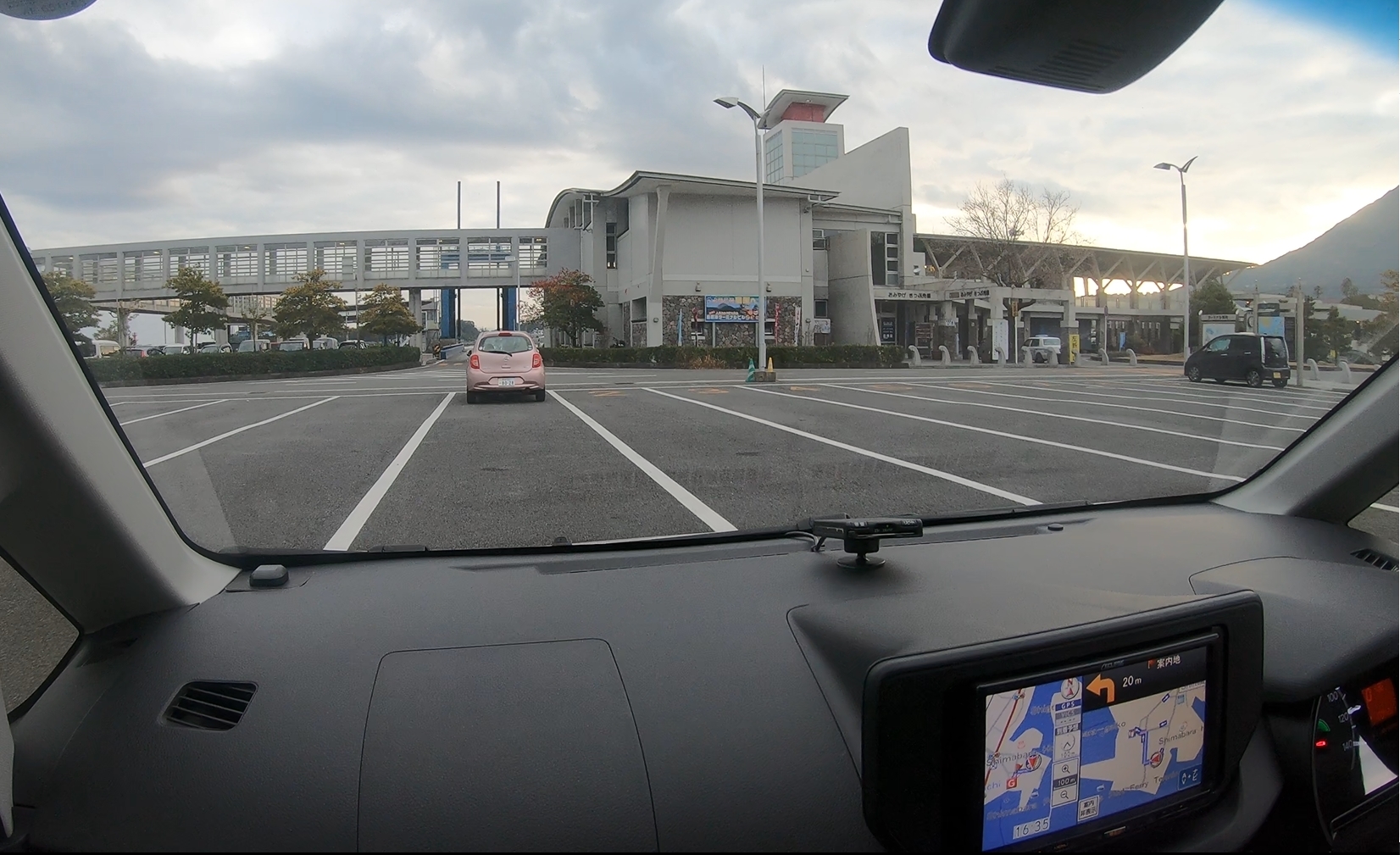 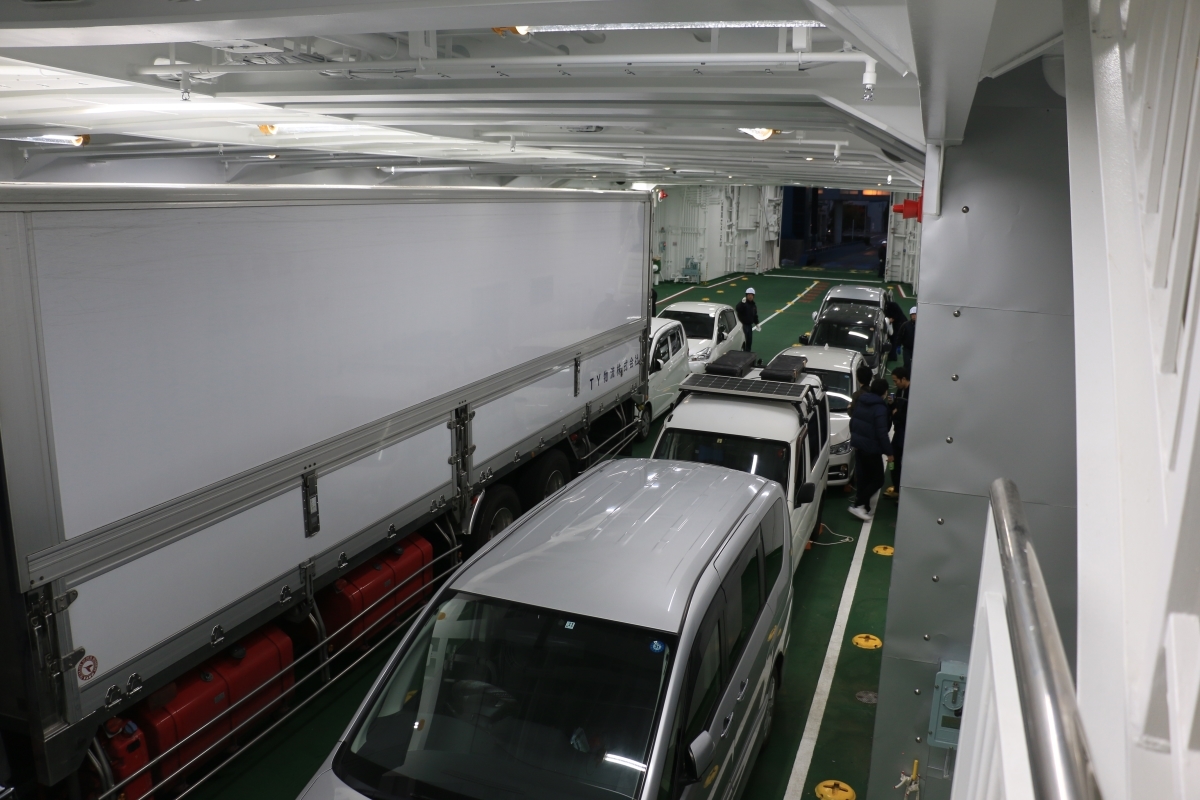 The Shimabara port (島原港) isn’t a place to visit itself but is a step of paramount importance for your trip across the Kyushu Island. Once you have visited the prefecture of Nagasaki (長崎), the rest of your trip keeps going through Kumamoto (熊本) or Aso (阿蘇), which are at the opposite side of the bay. That’s why, in order to reach these places in a more convenient way, travellers will use the Kyusho ferry from Shimabara to Kumamoto. By doing so, it will facilitate and shorten the transition by a couple of hours as the cruise lasts only one hour. You can find below a map explaining the different steps. Once you entered in the harbour, leave your car in the parking and walk to the main office in front of you to purchase the tickets. Once you have your tickets, you need to be back in your car 30 min before departure where the staff will bring you further indications. Two companies offer the same service. The first one is “Kyusho Ferry” and the second one is “Kumamoto ferry”.