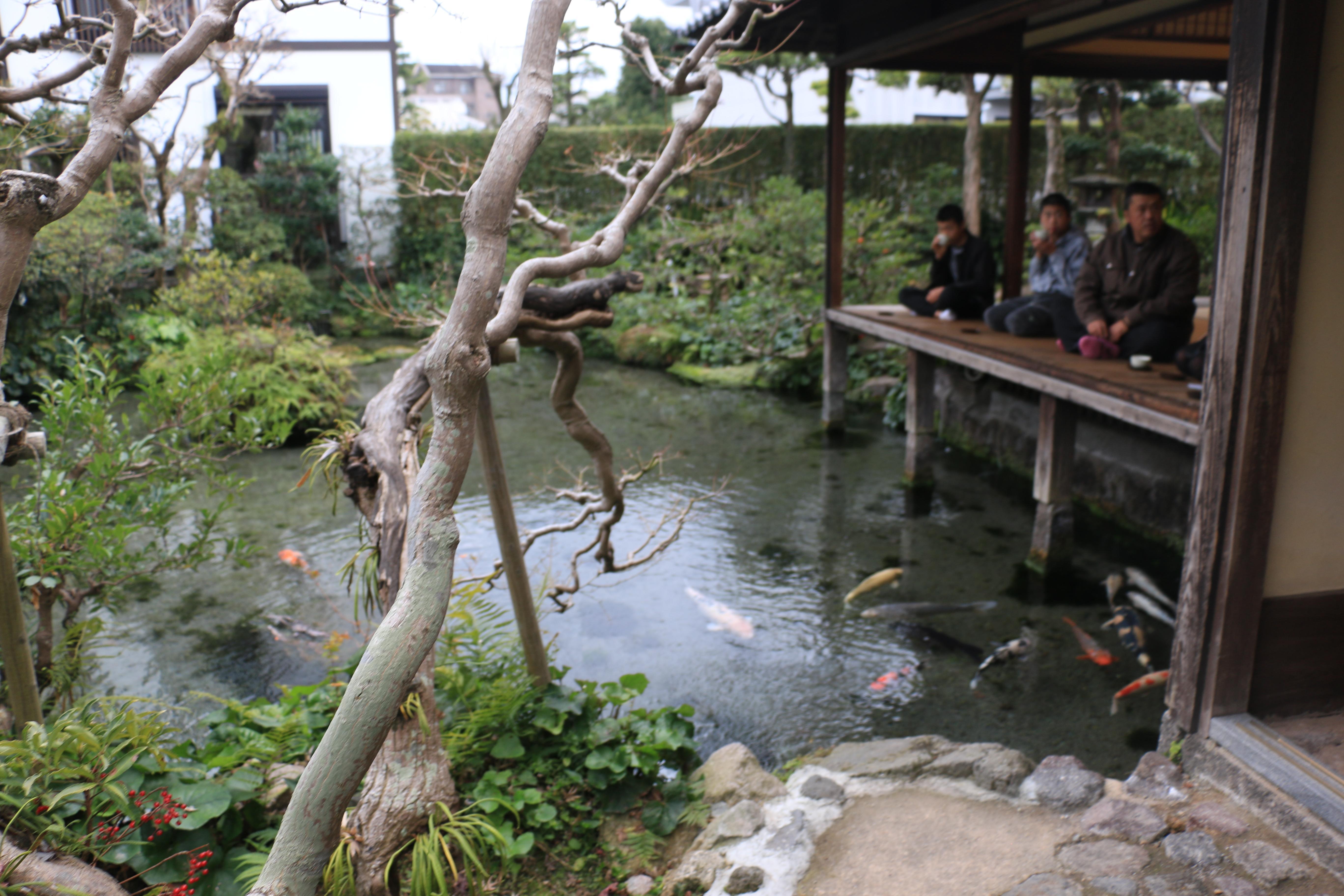 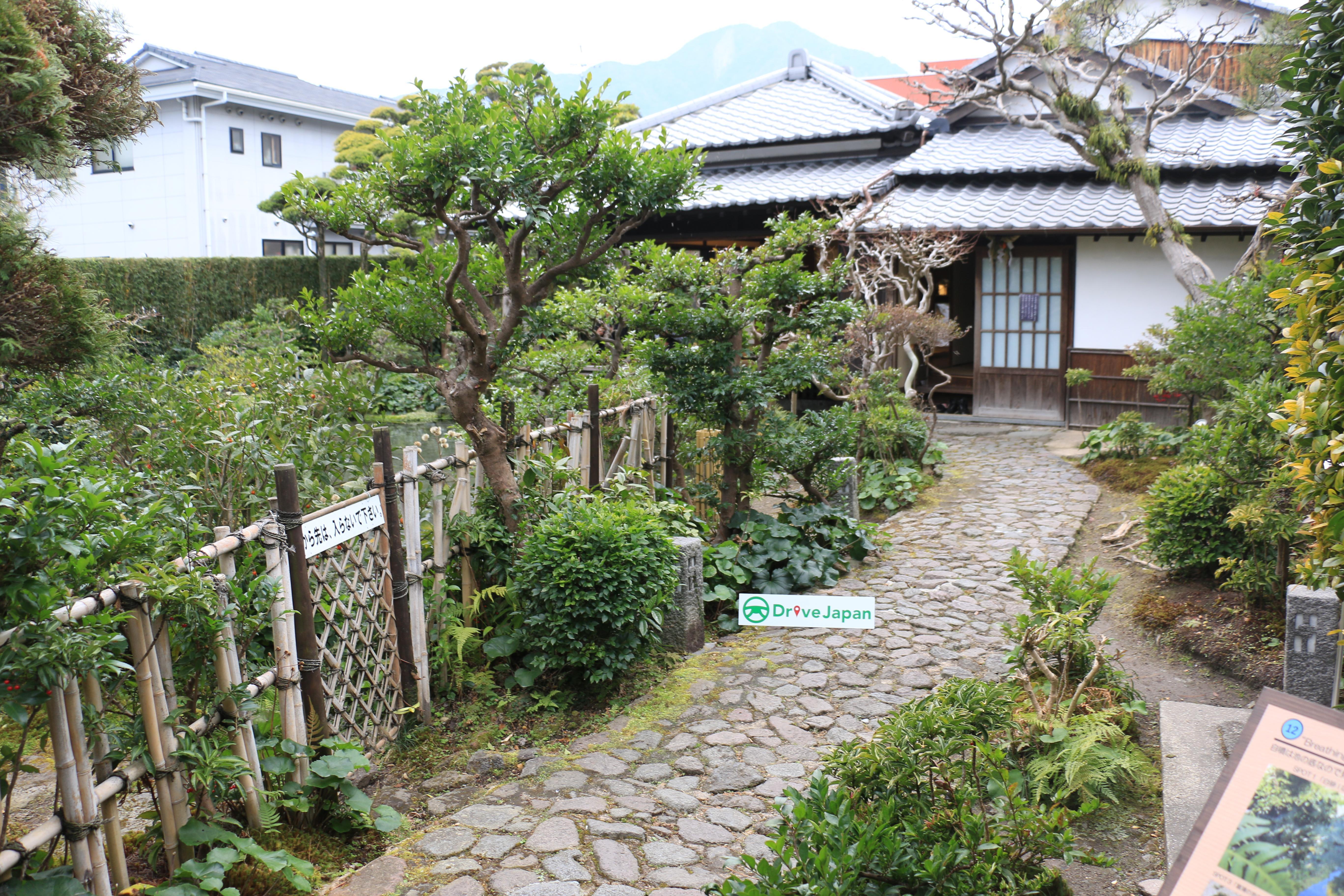 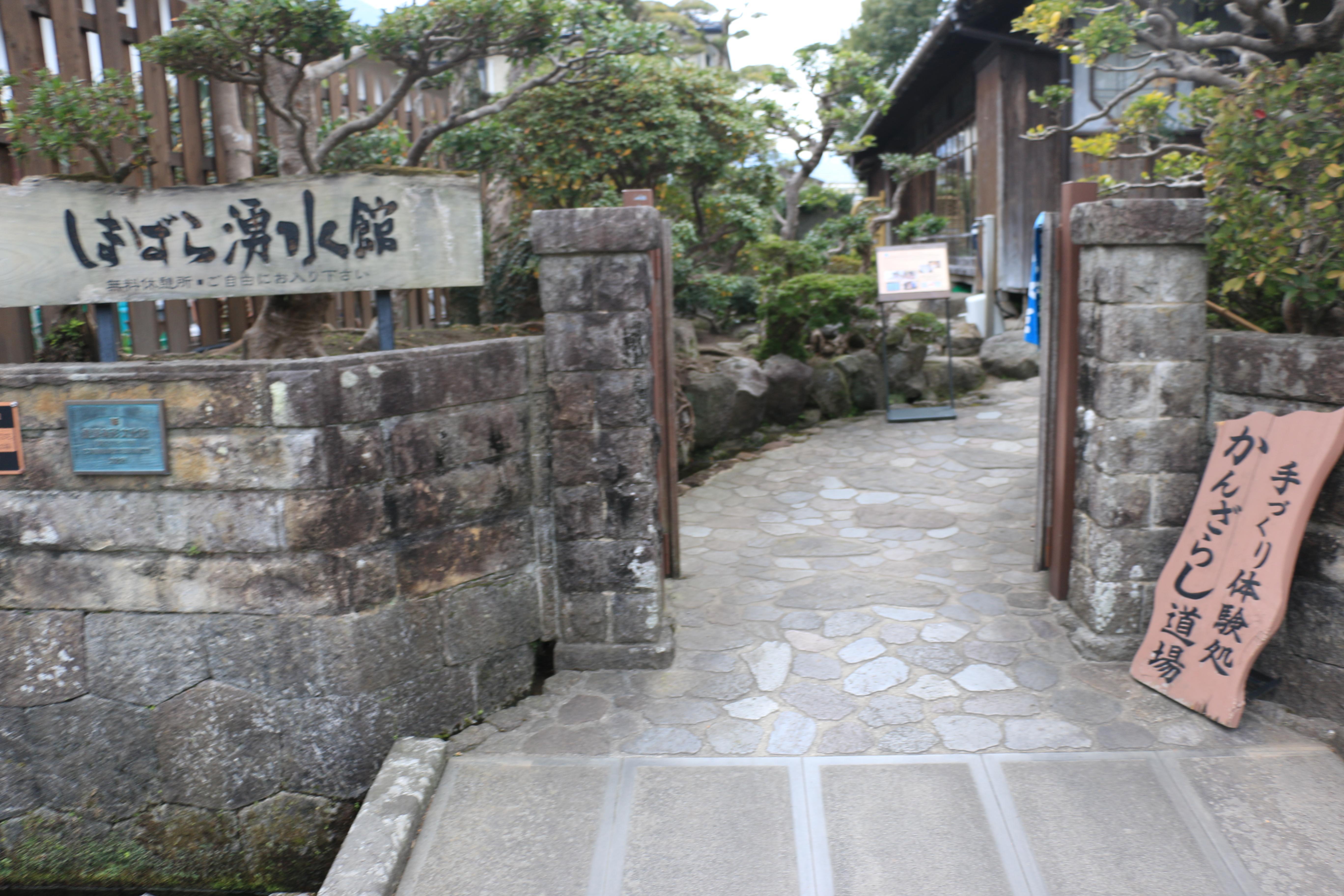 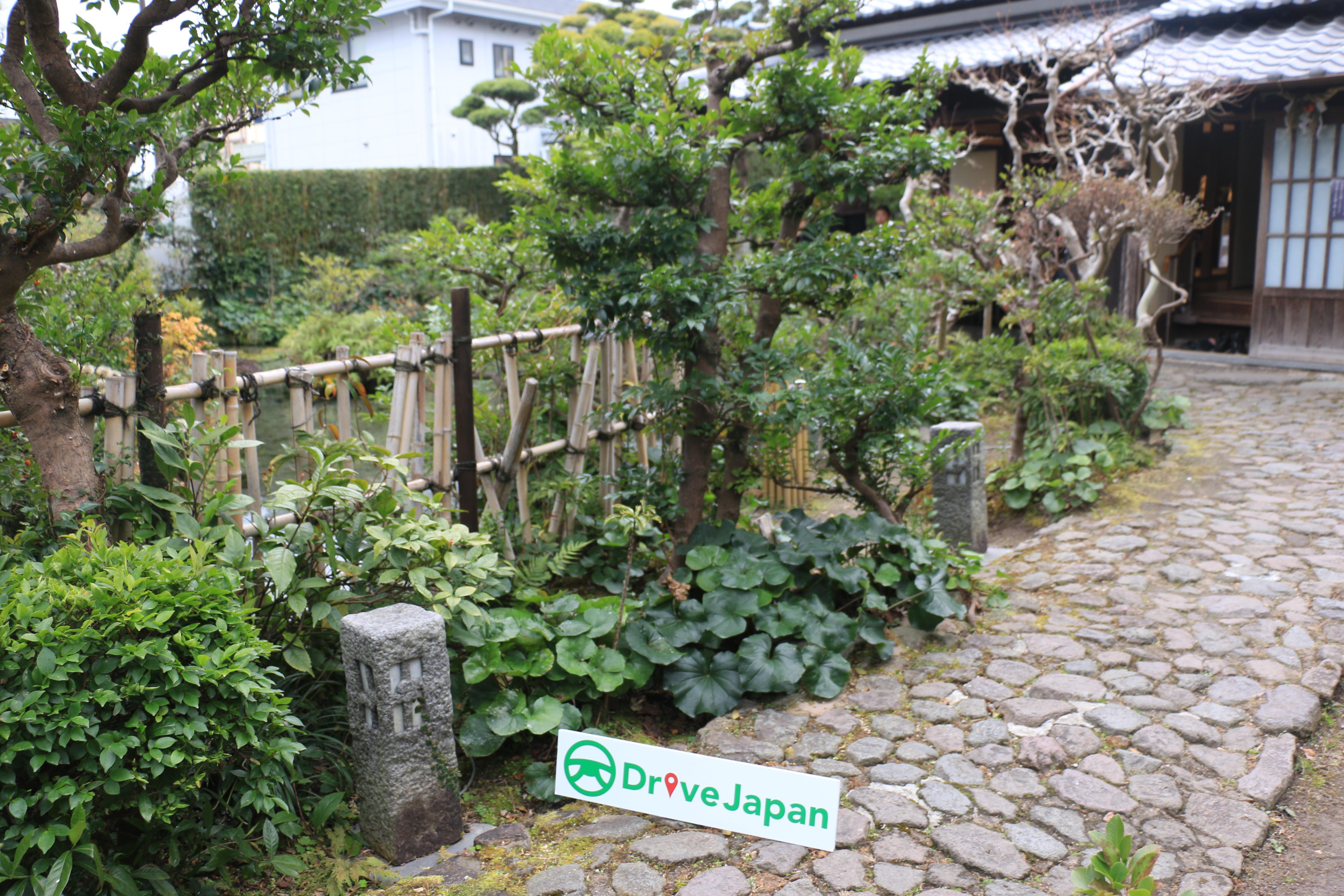 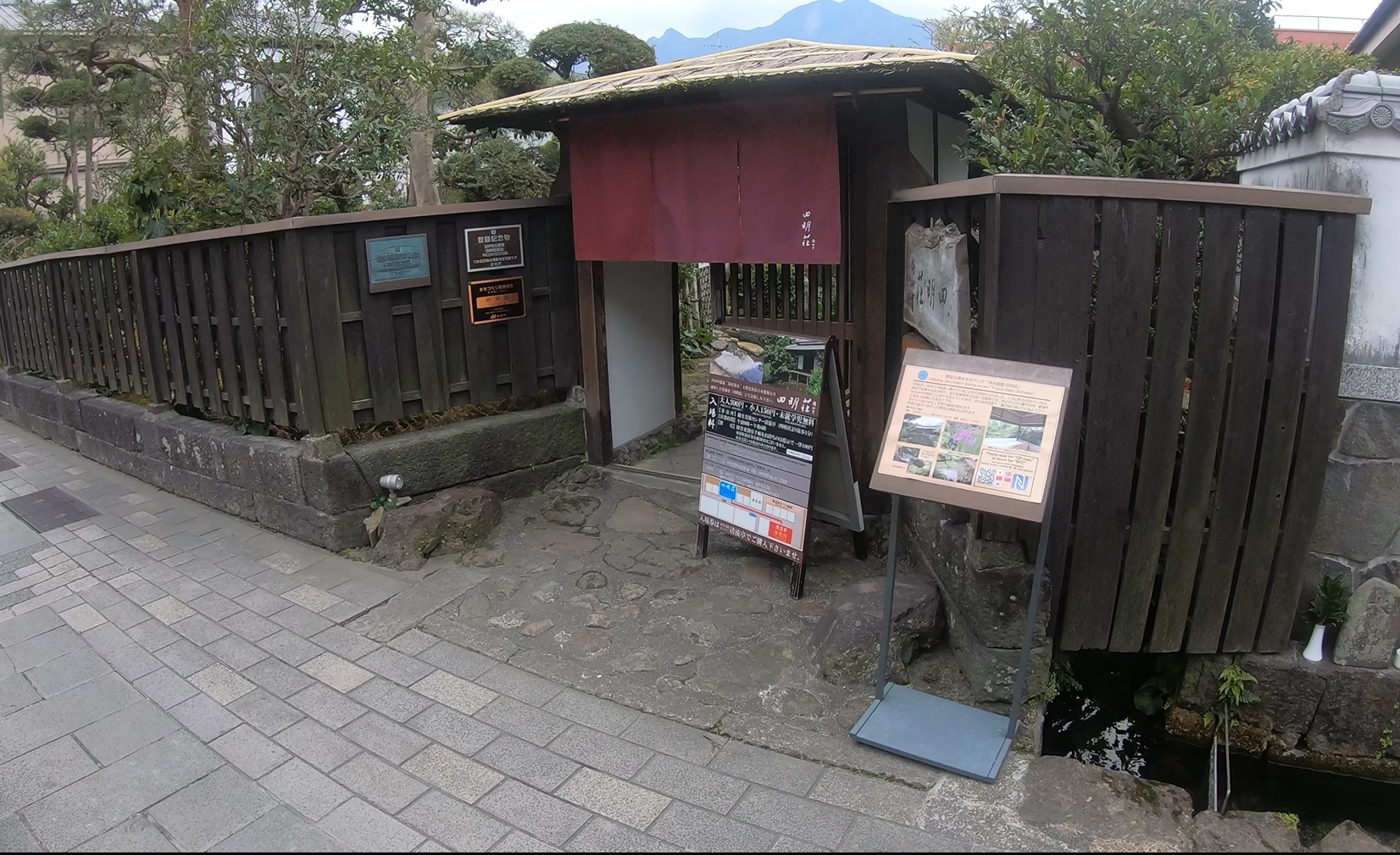 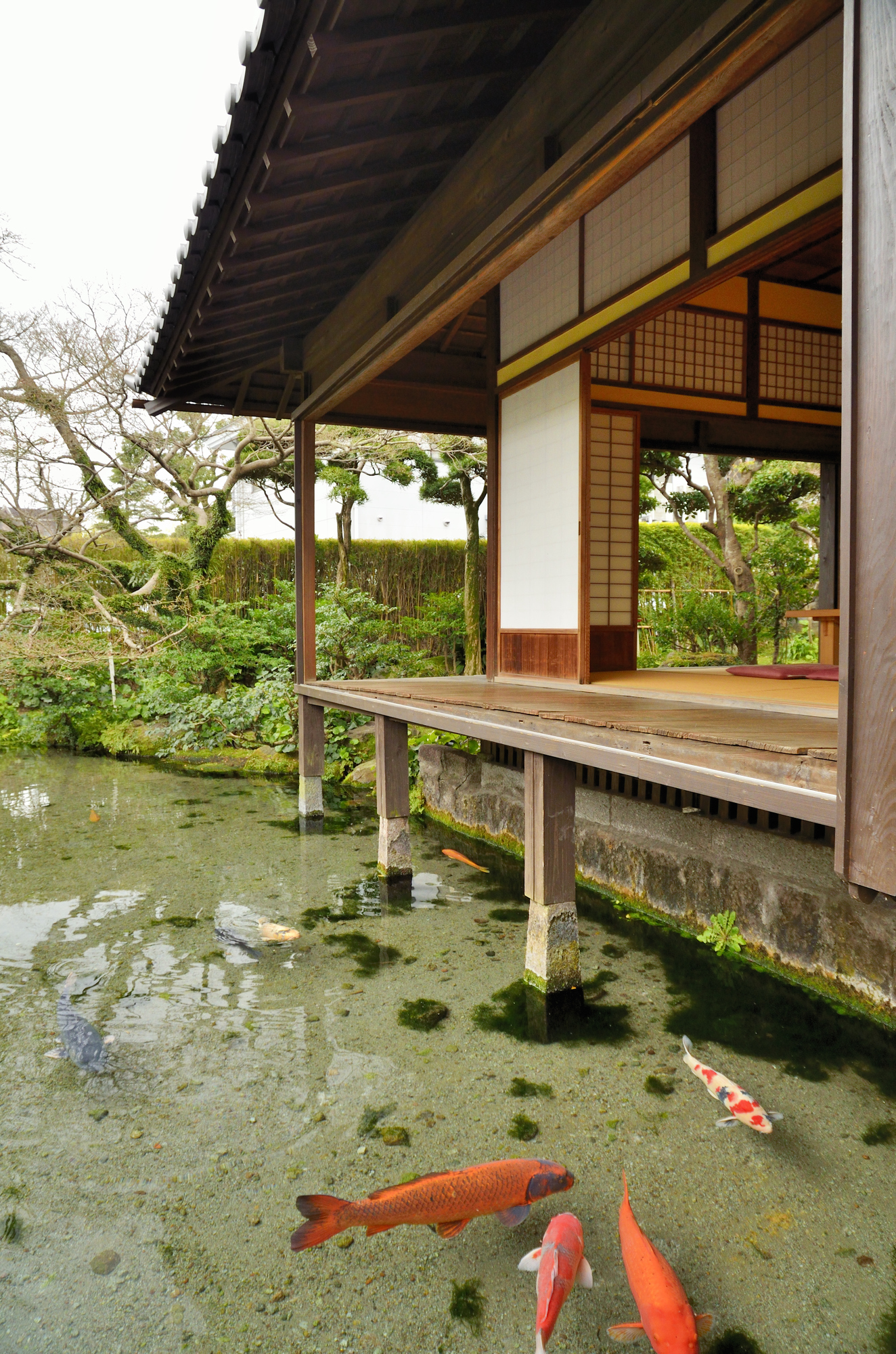 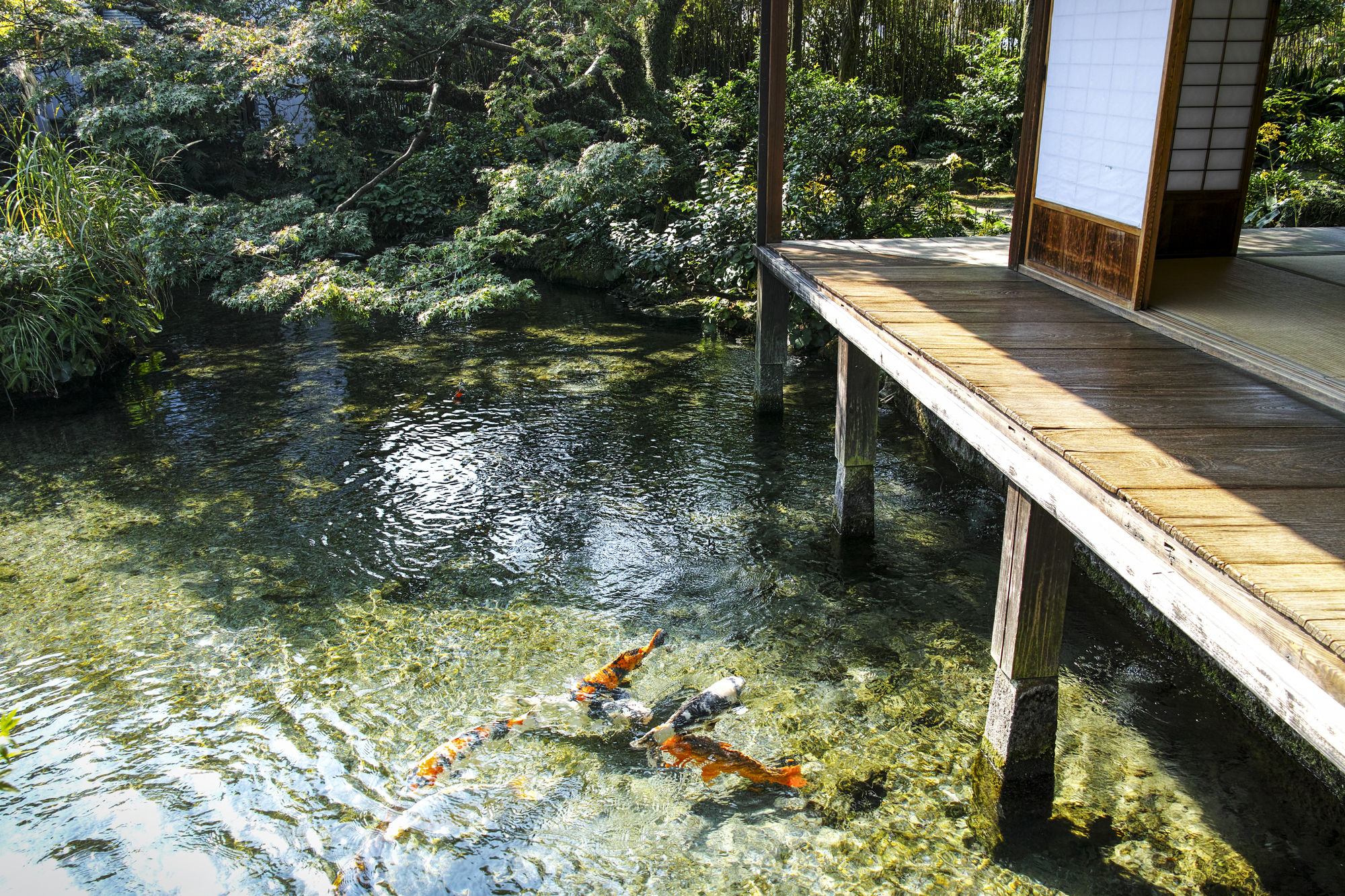 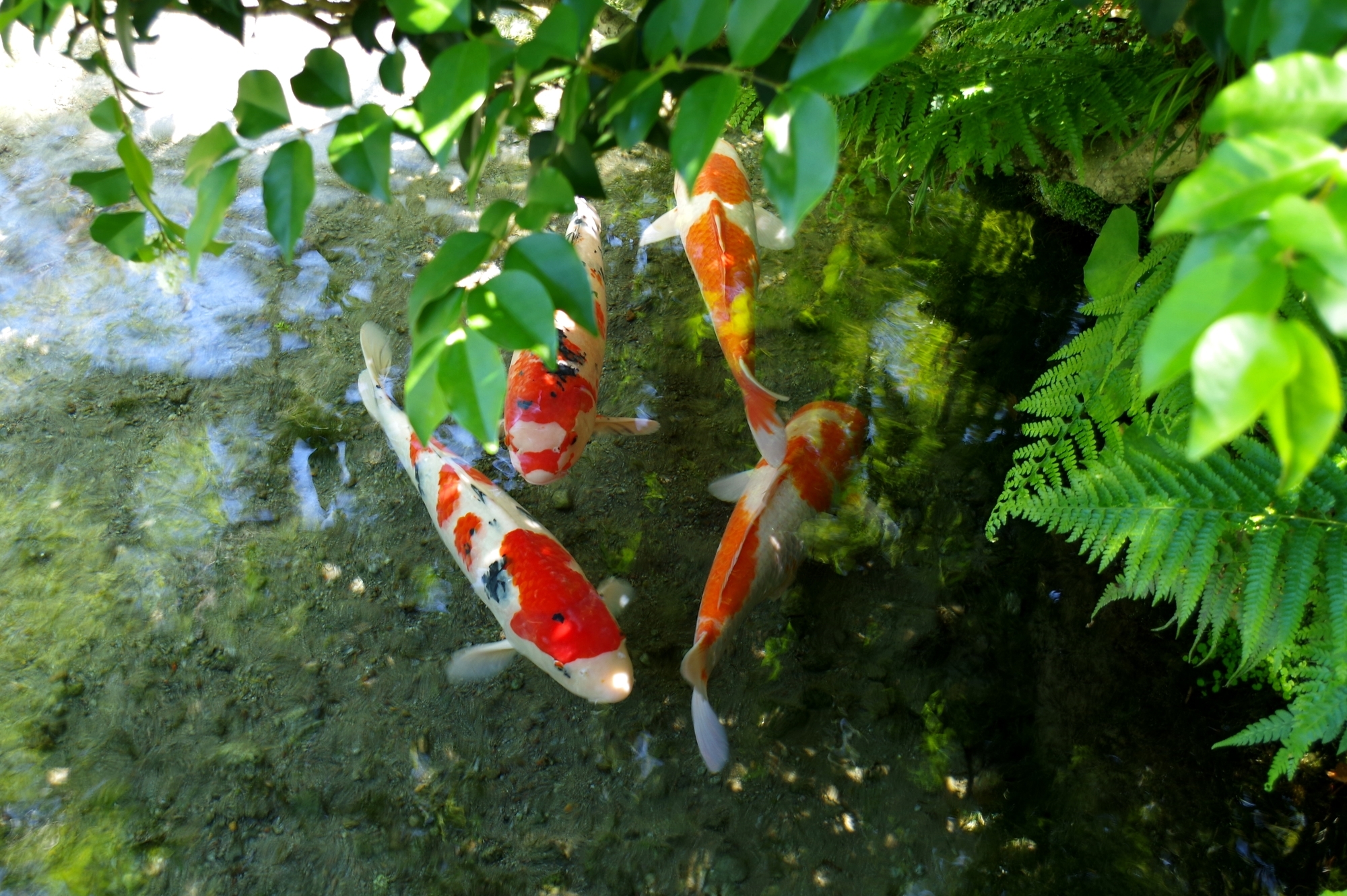 Located in the middle of the Shimabara’s “City of Swimming Carp(鯉の泳ぐまち)”, the Shimeiso Spring Garden is among the most relaxing and traditional spots offered by the city. Visitors can admire the delightful scene while enjoying a delicious green tea served at the villa built upon a large pond.

The pond is filled with over 1000 tons of fresh local spring water gushing out of the Shimeiso house daily. In the water, you can naturally admire a myriad of colourful carps swimming around. The water is that clear and transparent that on some pictures you might believe that the carps are floating on the surface or even flying. This is one of the most peaceful and calm places you could find in all Kyushu, and we highly recommend to visitors willing to take a short break from museums and driving.

Advice:
-The MAPCODE (173 719 743*42) provided is the same than the one for the City of Swimming carp(鯉の泳ぐまち(清流亭)). You can park in that carpark and easily walk to the Shimeiso Spring Garden.