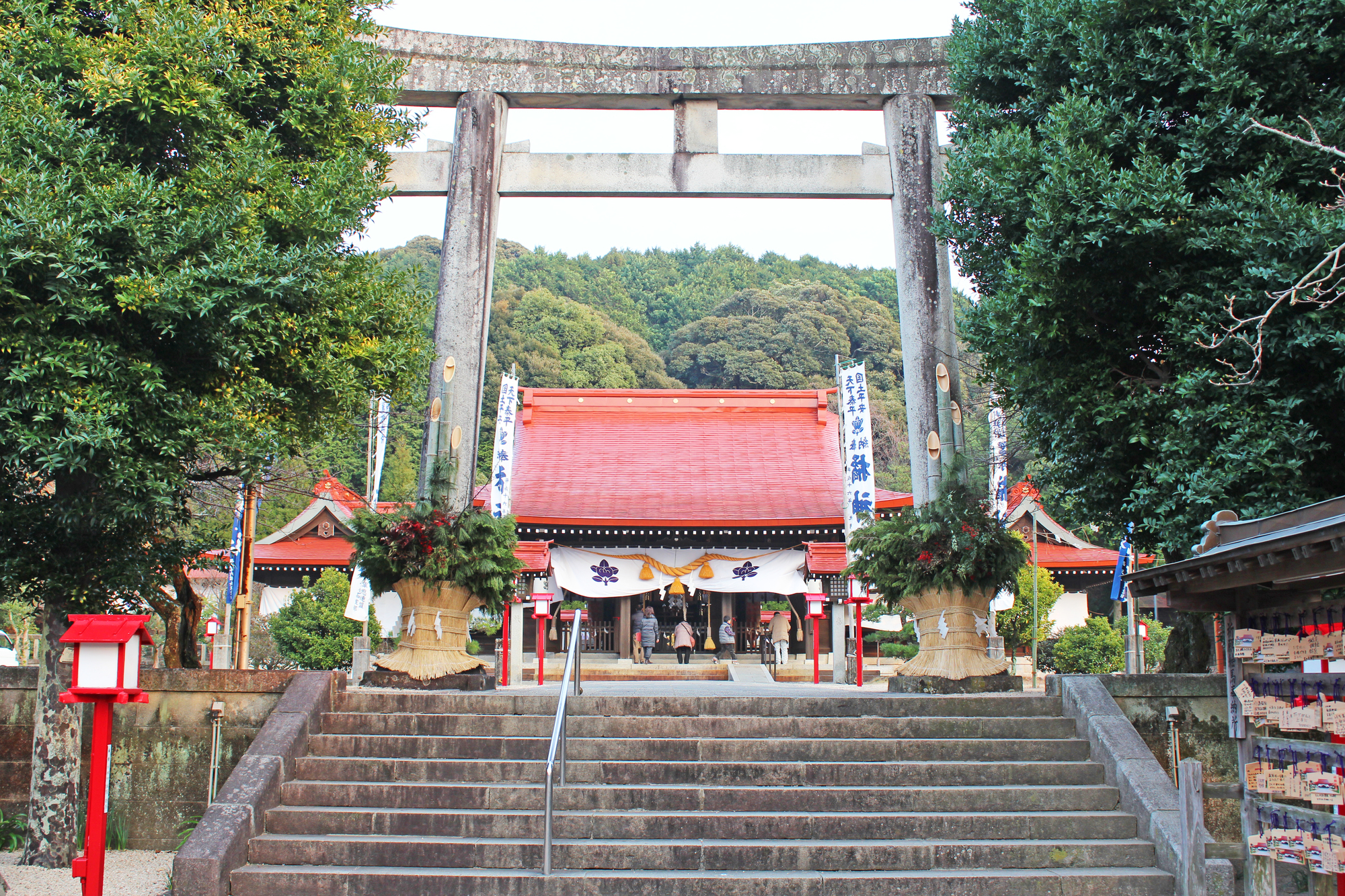 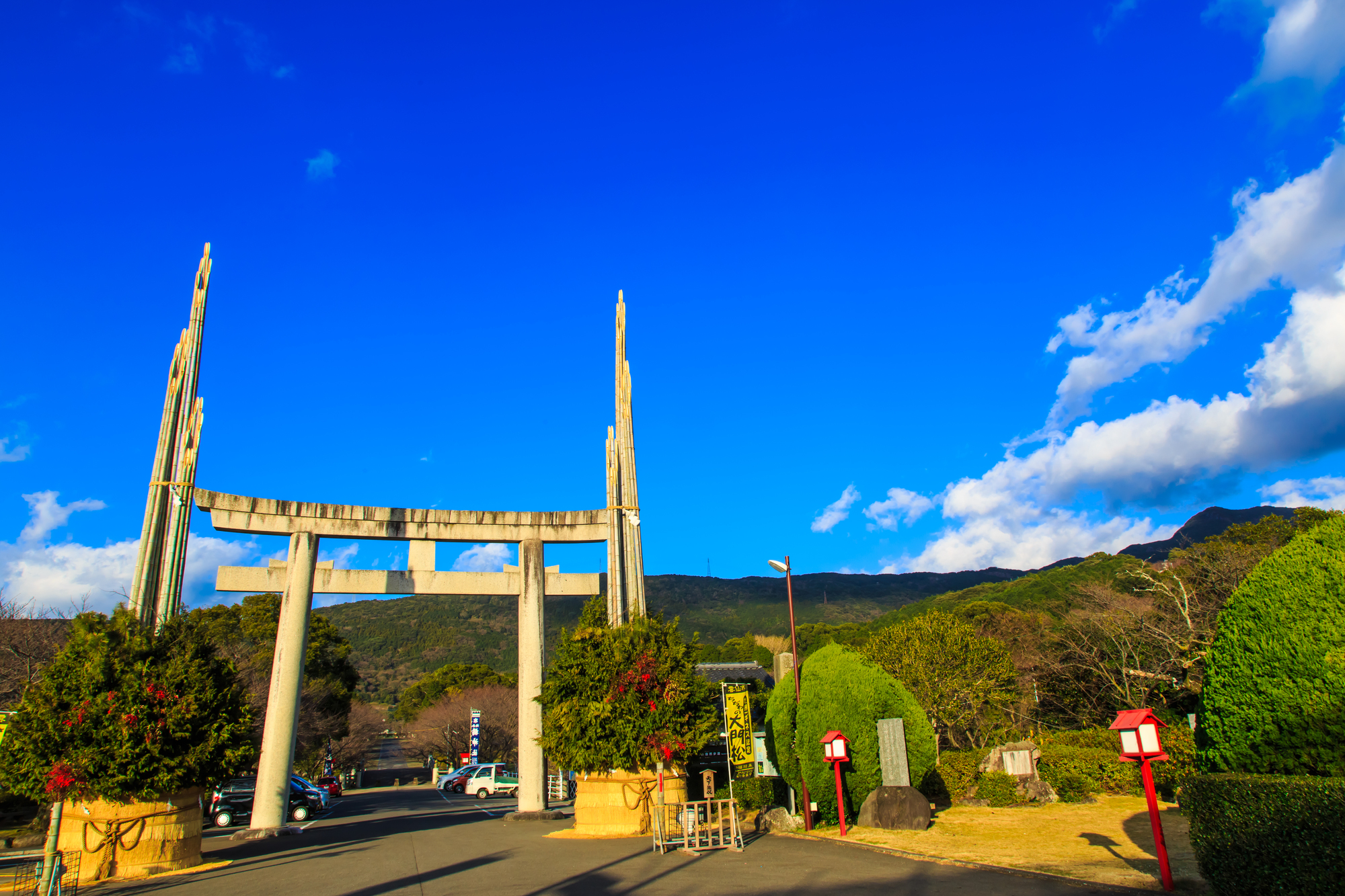 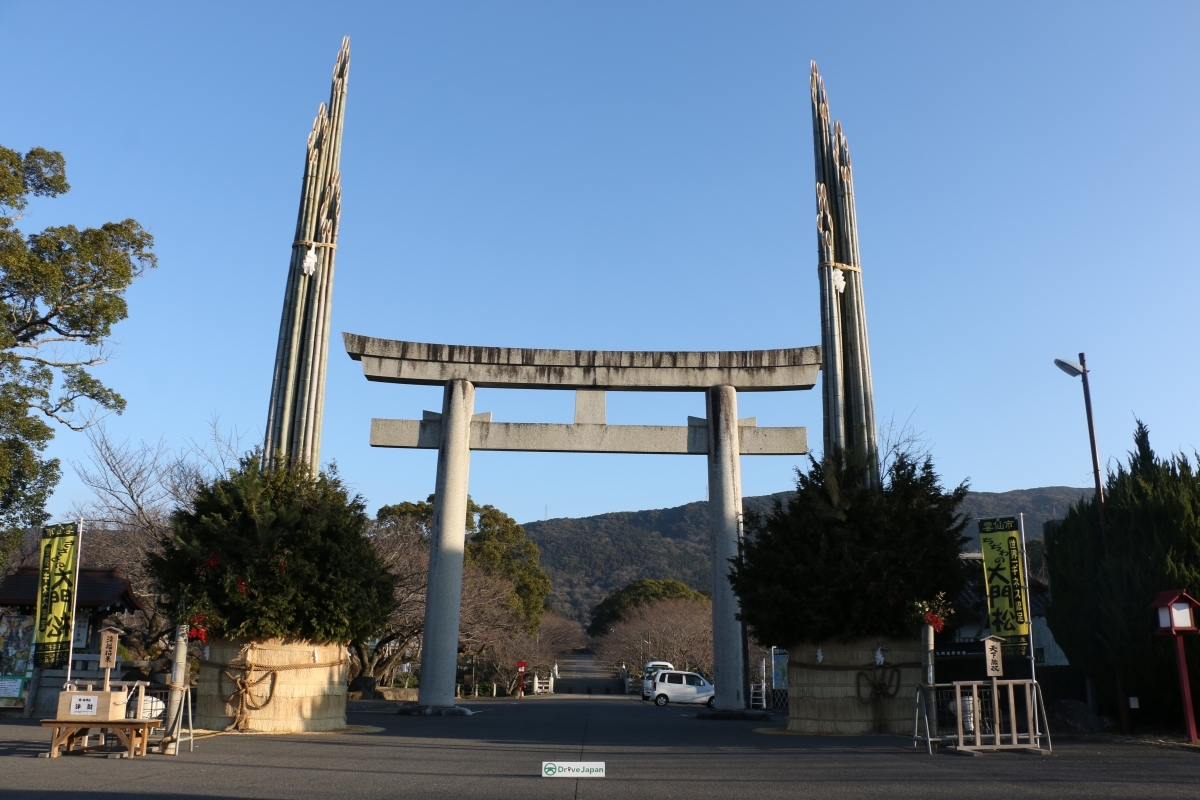 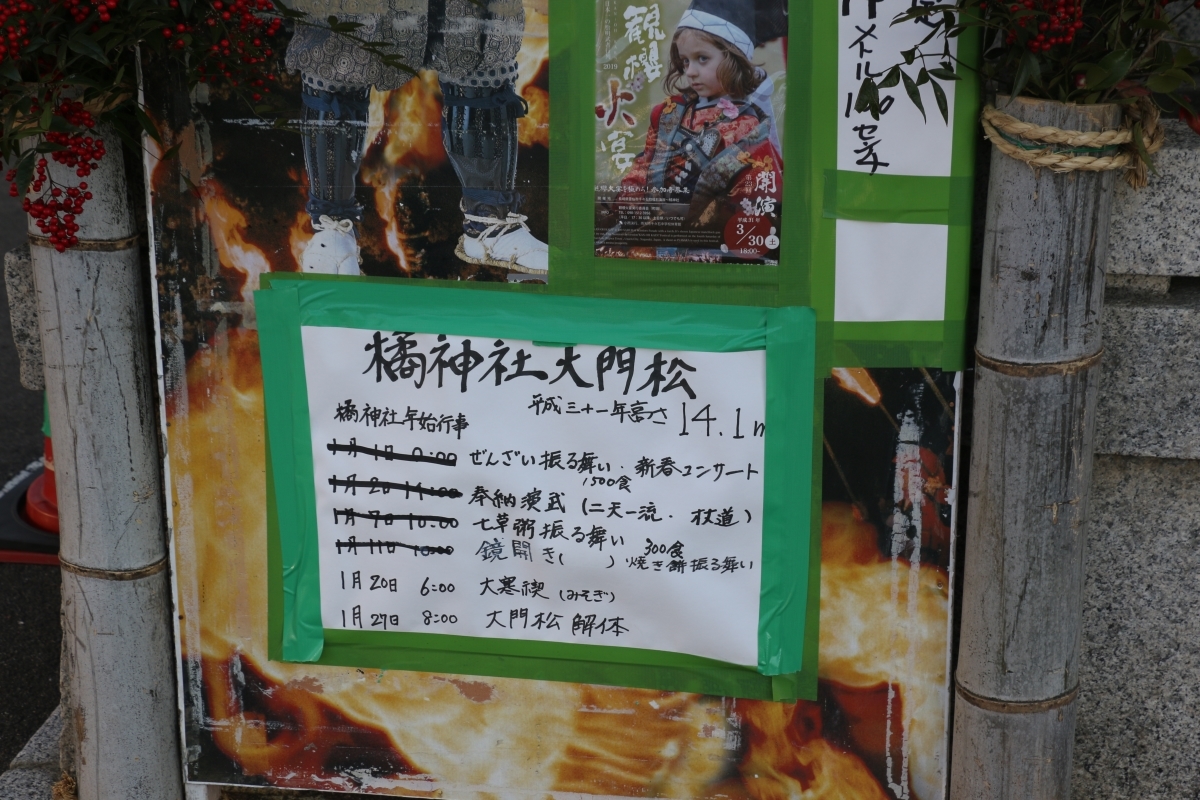 The Tachibana Shrine has built a strong reputation by entering the Guinness World Record Book thanks to its impressive New Year’s Kadomatsu decorations. This place is a magical location to end the year and start a new one but is, obviously, only accessible for a few people who are really eager to discover it.

In addition of the decorations, the park also shelters a myriad of cherry blossoms (over a thousand) that brings back this admirable place back to life in spring. At the entrance of the shrine you can find an impressive bronze statue of Tachibana Chutika, the God of happiness, study and sincerity. You can benefit from a peaceful and calm walk along the Chijiwa River(千々石川) that will undoubtedly make you forget about all your problems.

Advice:
-If you have the opportunity to go there in January you will take part in an unforgettable experience. It is mainly recommended to go there during that period.
-The beauty of the park is enhanced in spring thanks to the presence of the cherry blossoms from end of March to mid-April.