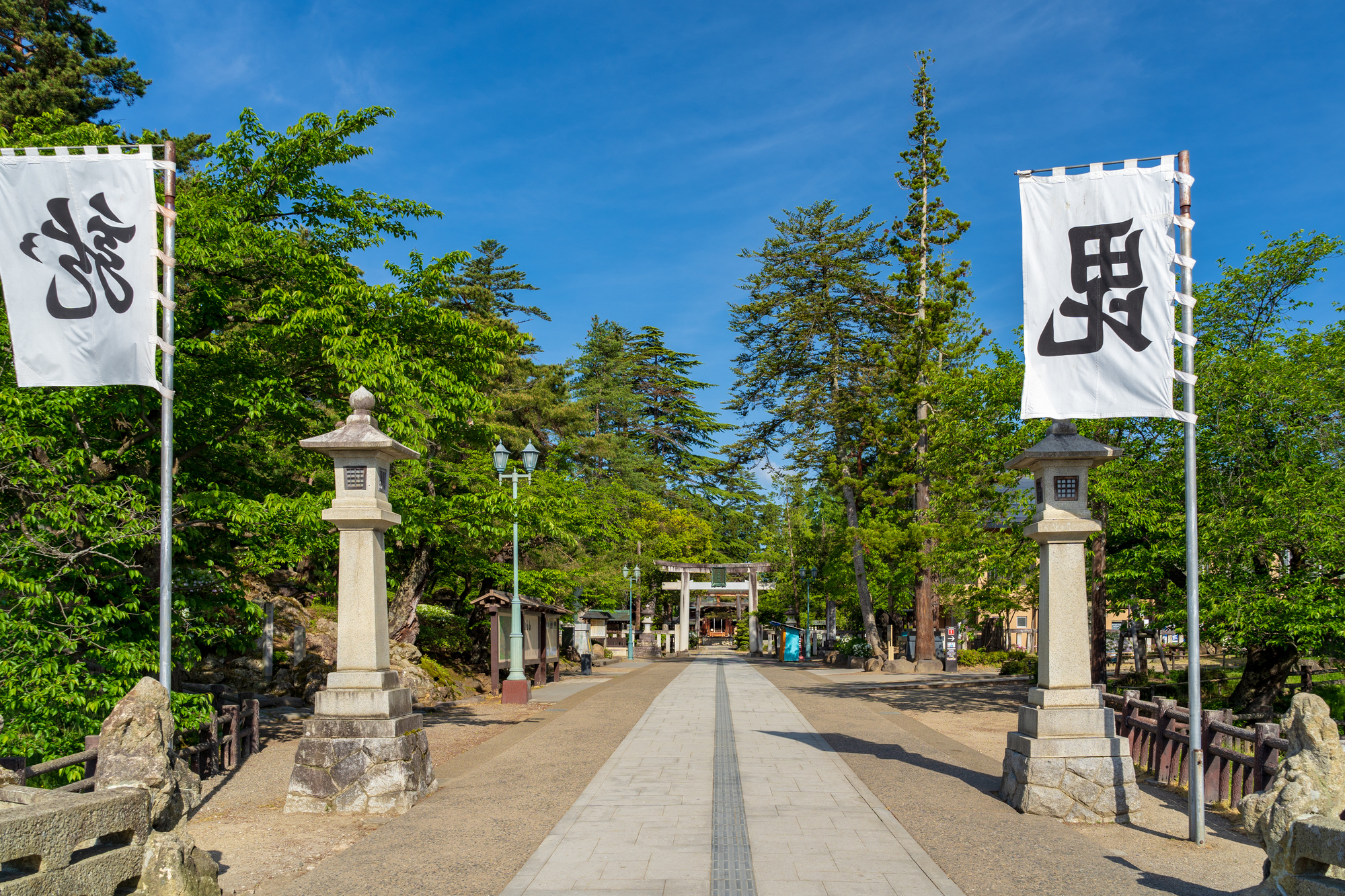 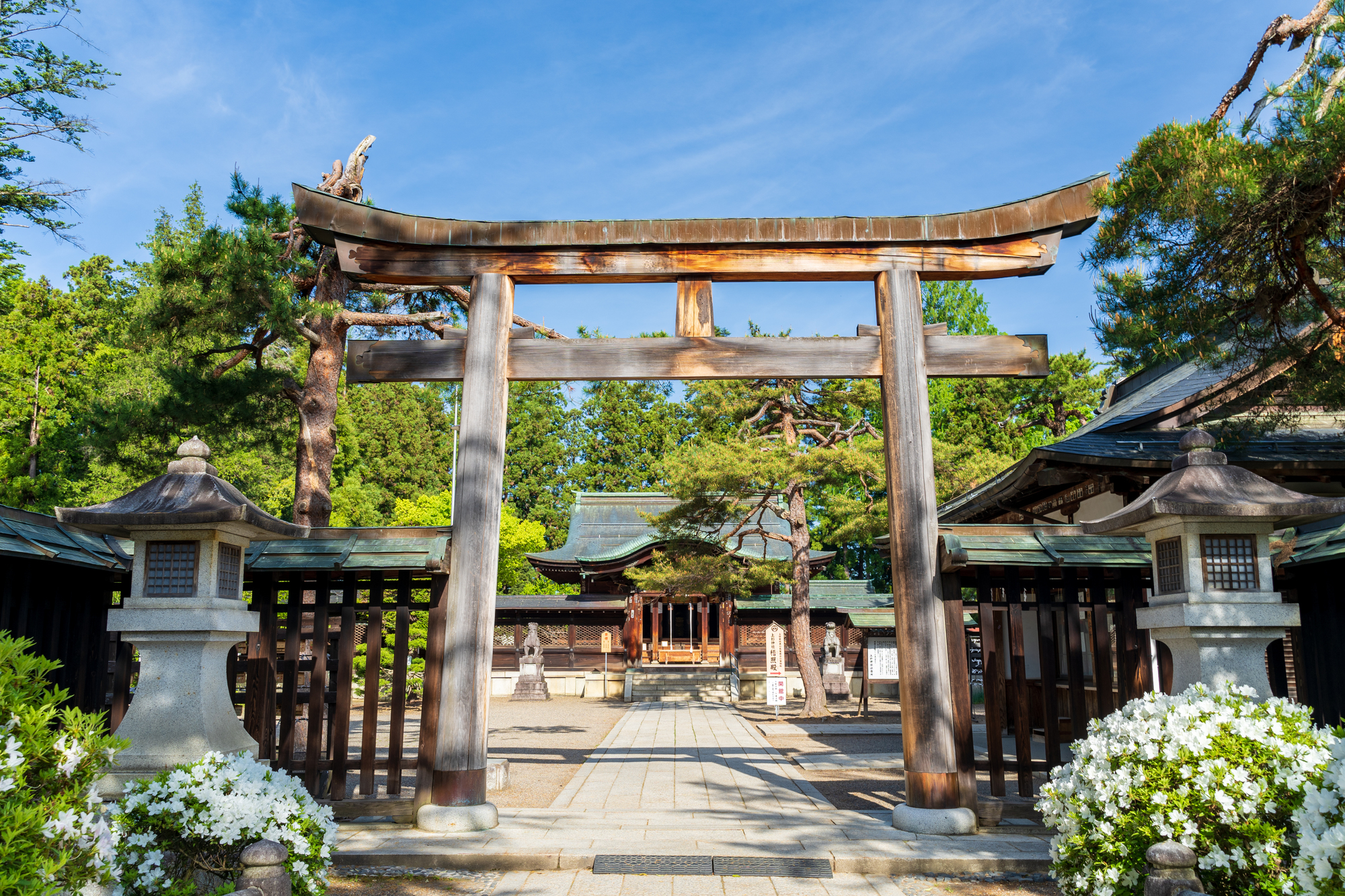 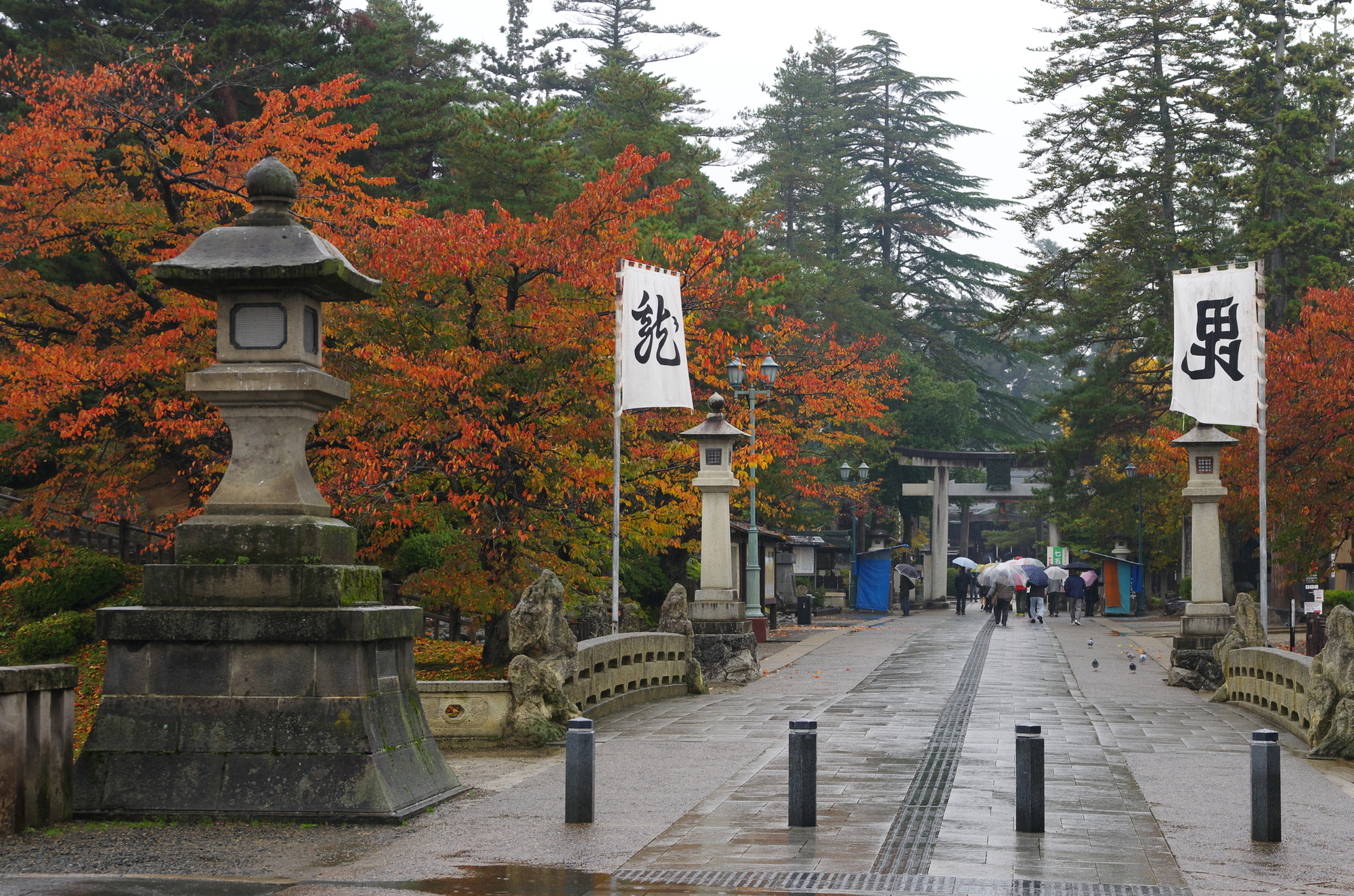 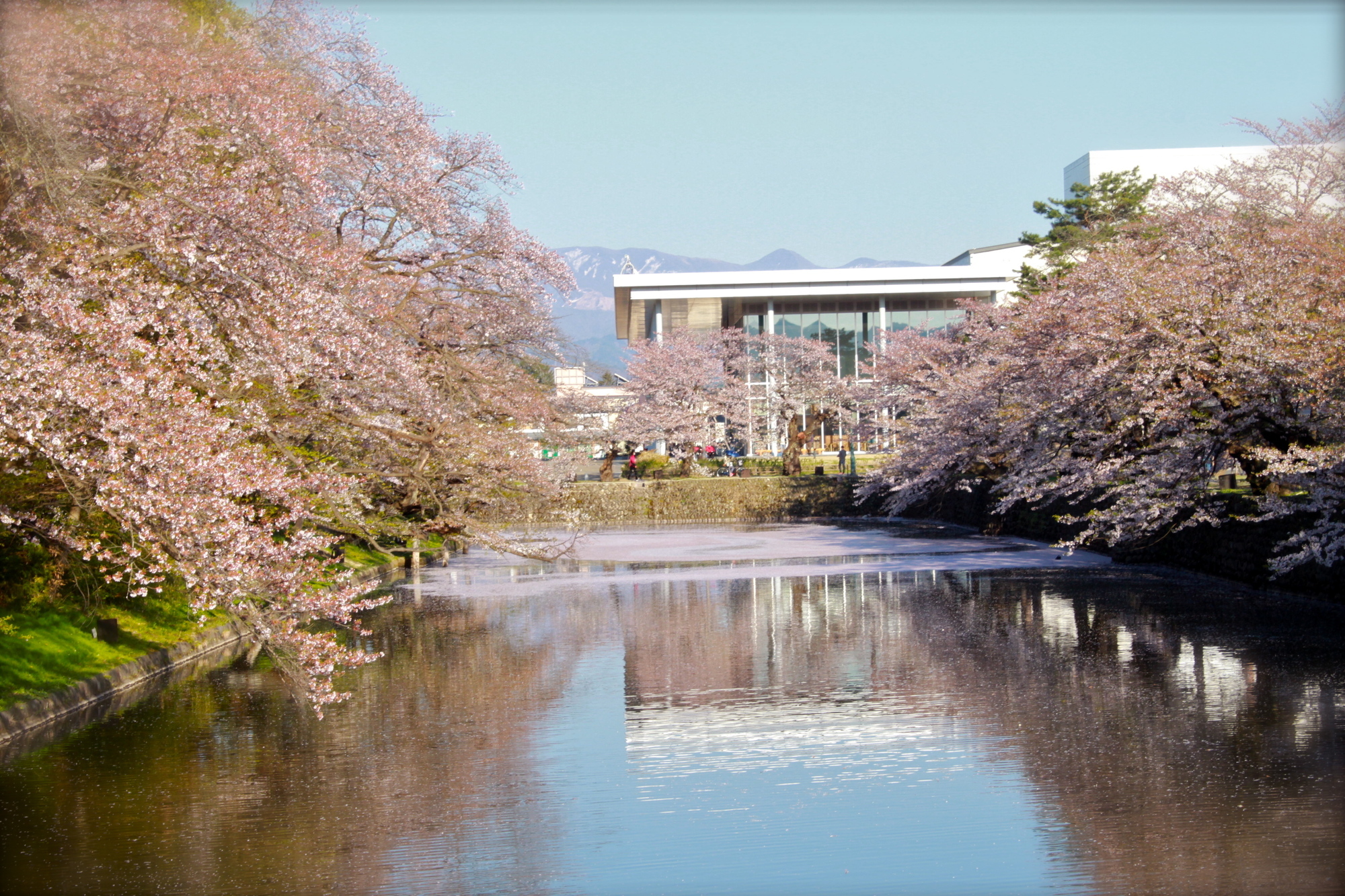 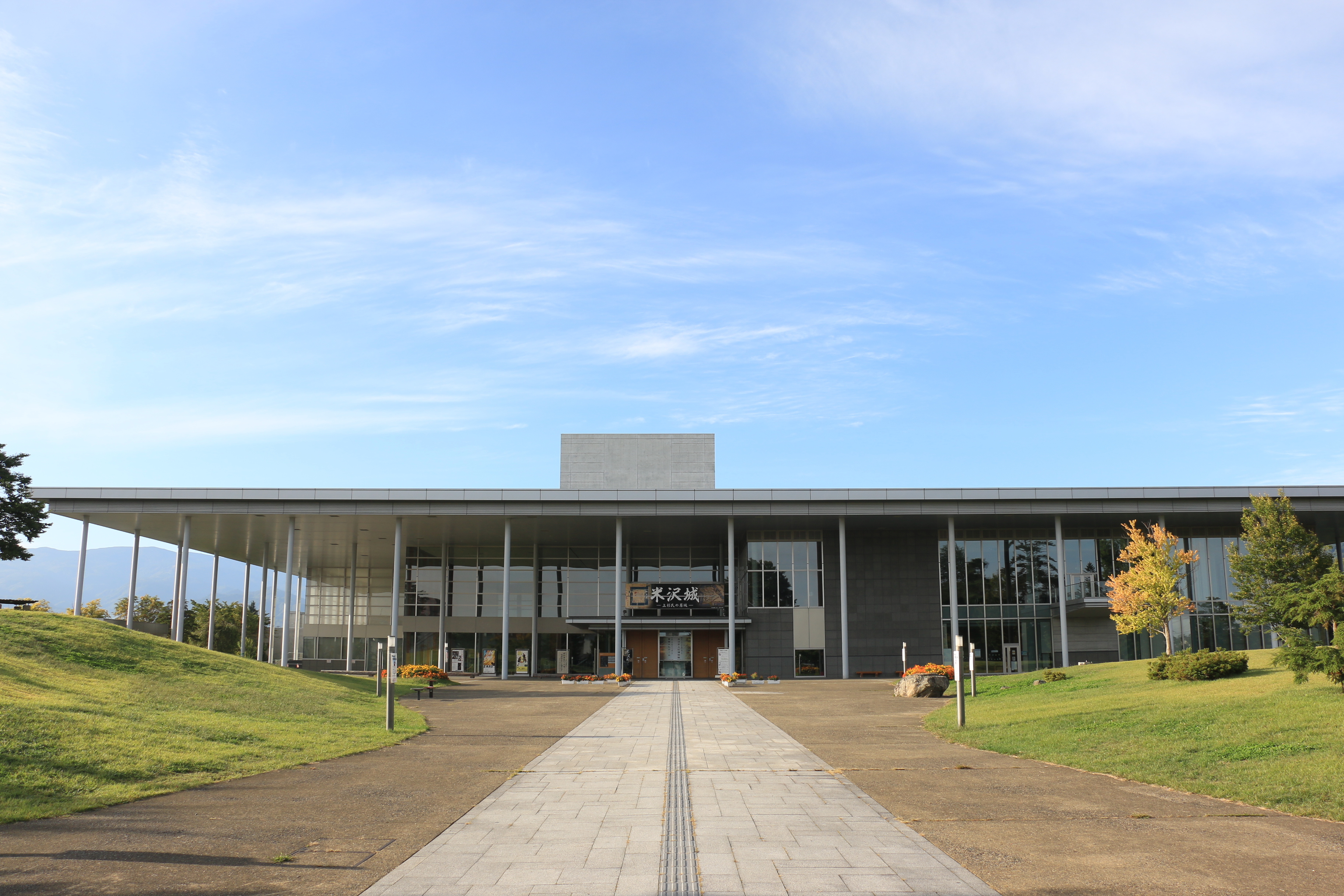 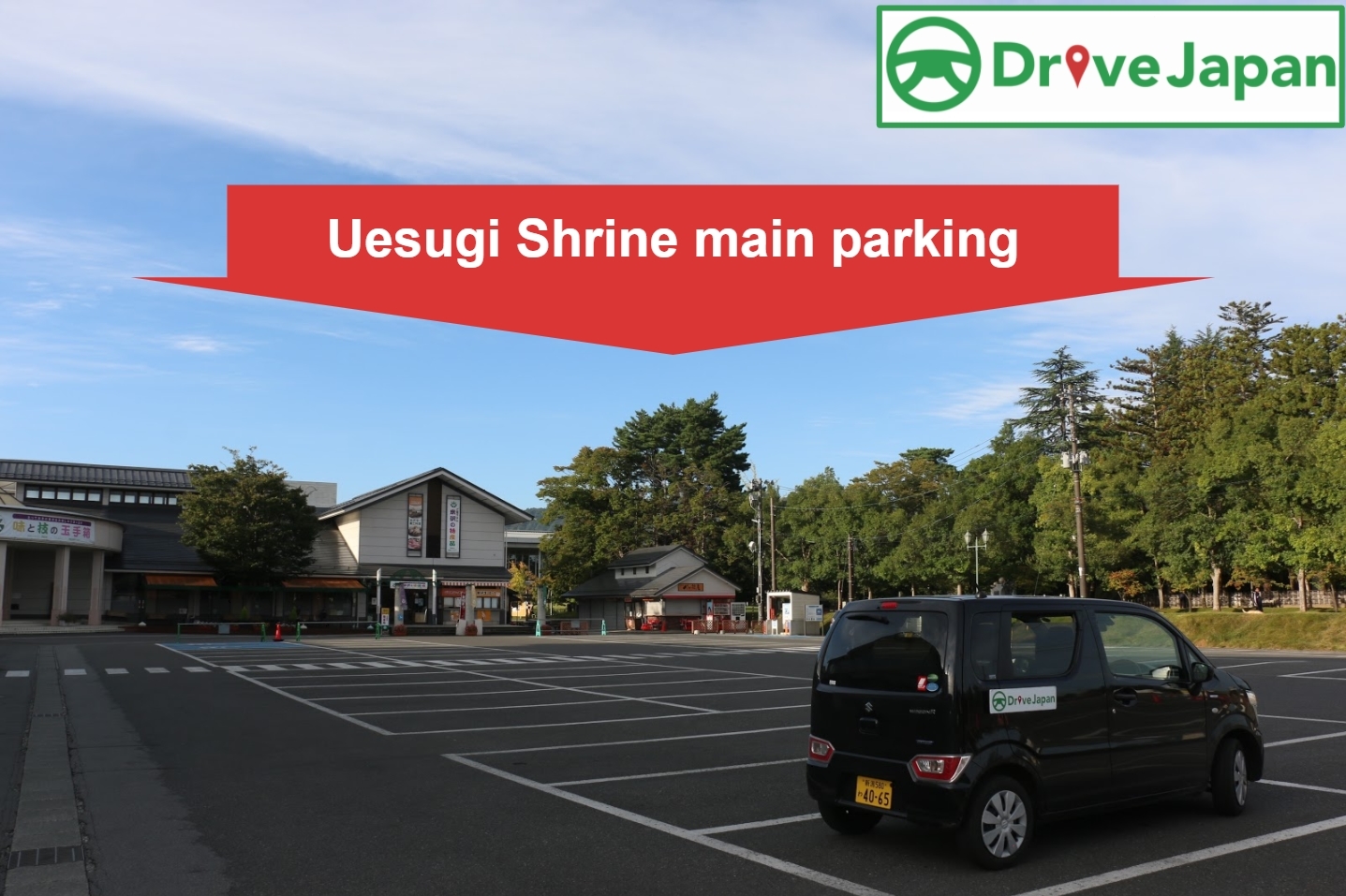 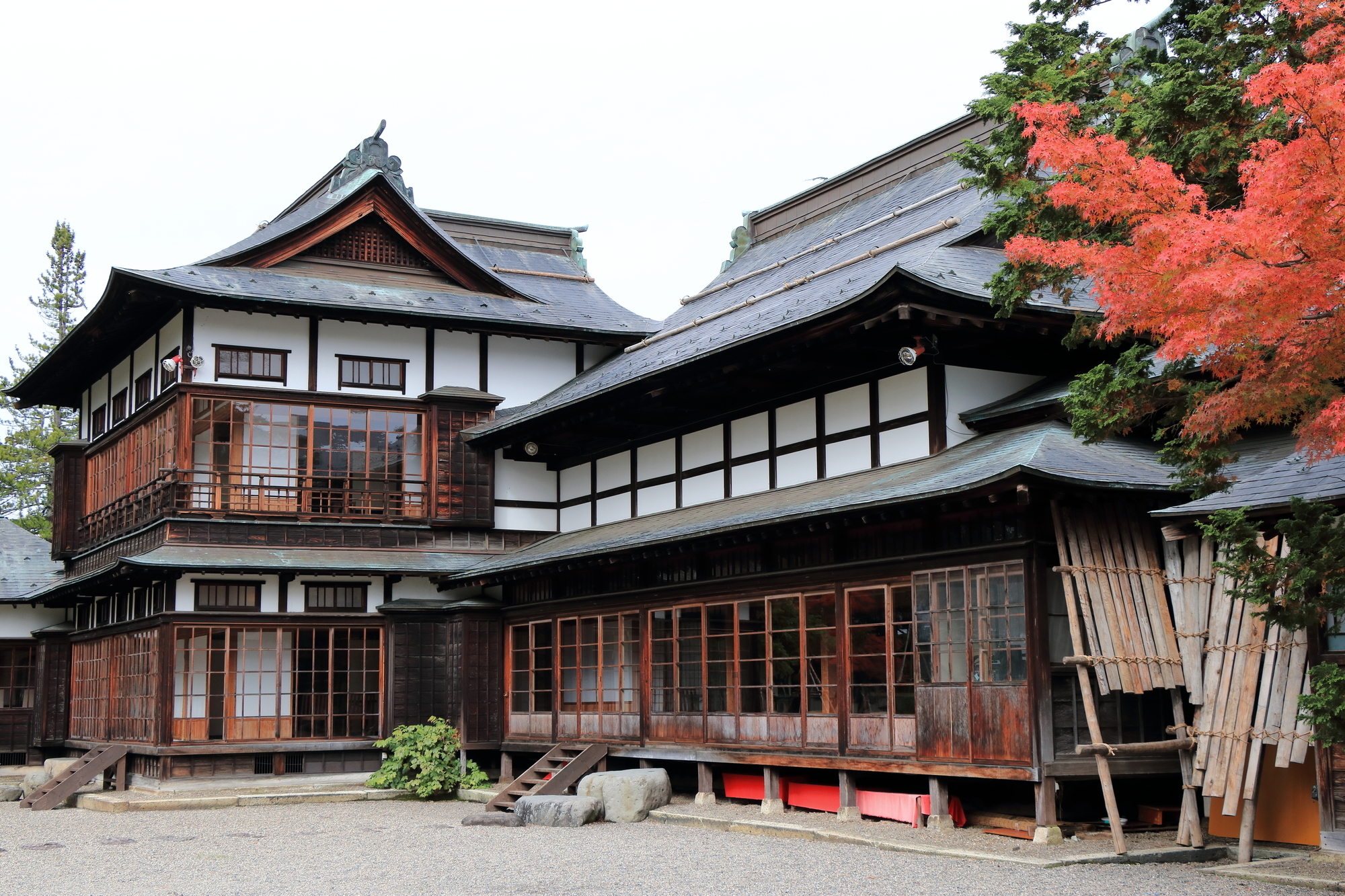 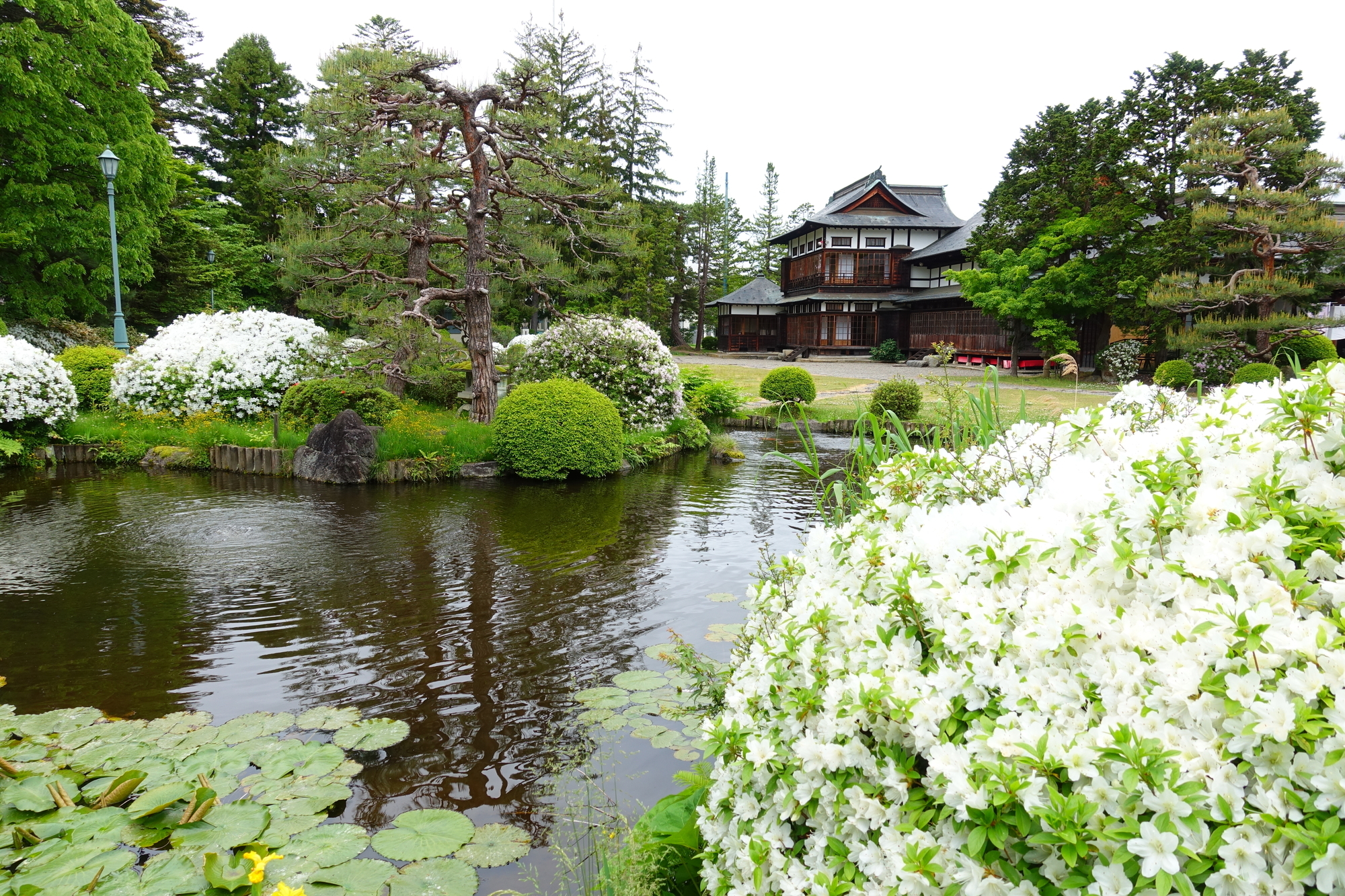 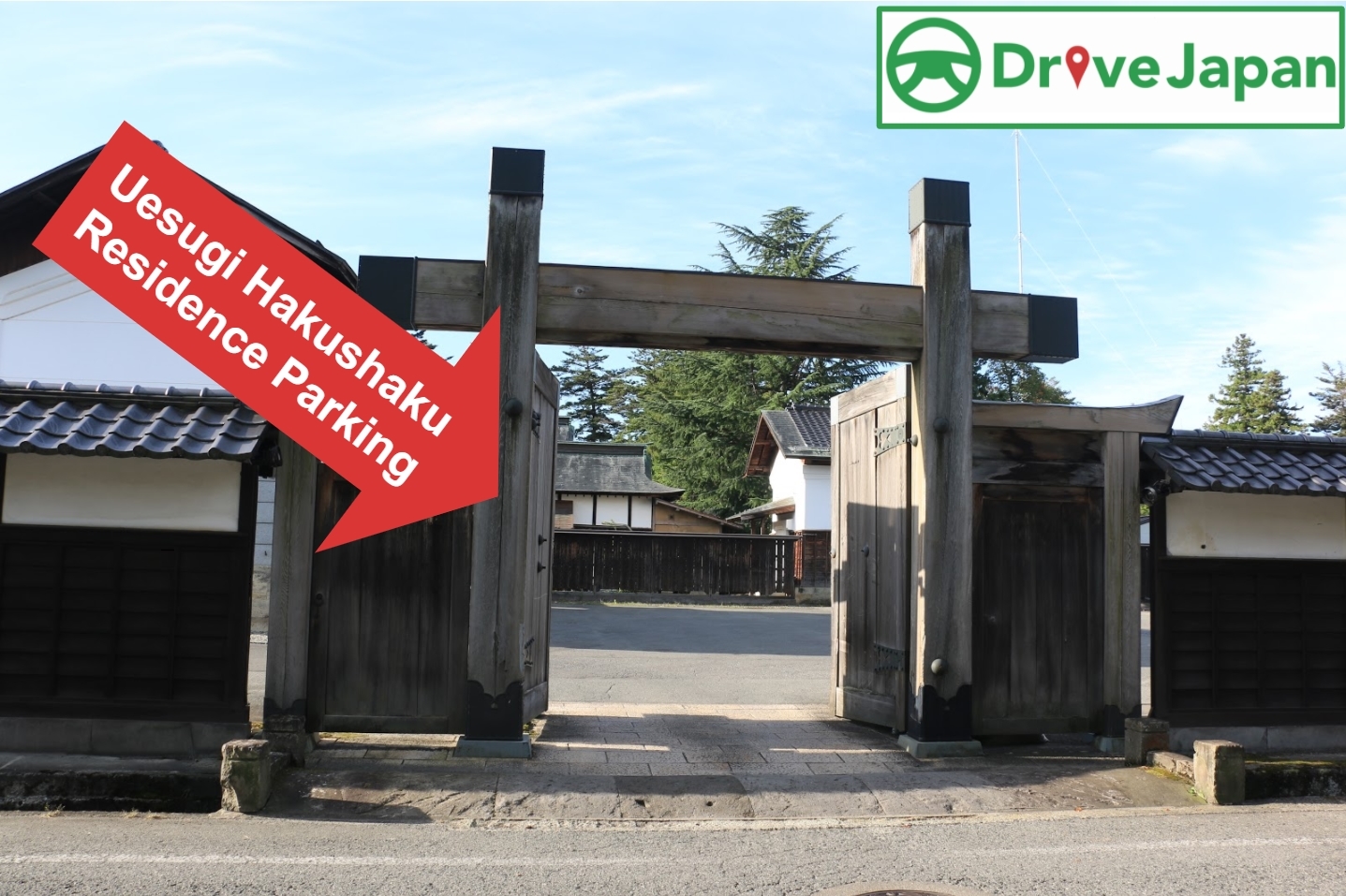 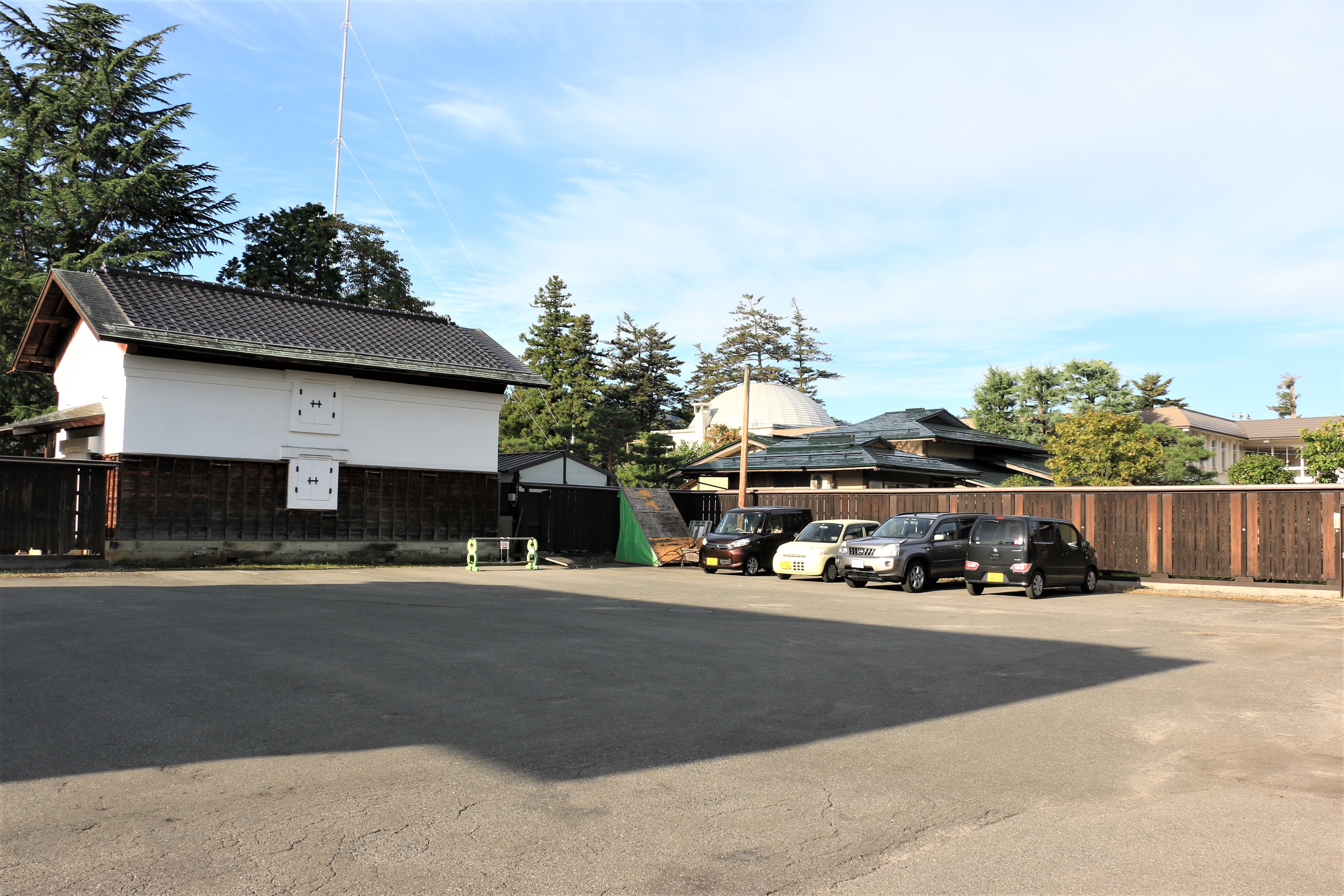 Uesugi Shrine is dedicated to one of Japan's bravest warriors, Uesugi Kenshin, who became a chief general at just 16. Uesugi Kenshin was considered a war god and he even appears in many series, games, and anime. Yozan Uesugi argued in 1767 that "national leaders should not own the nation," and then rebuilt the Uesugi clan's finances. His ideas influenced American Presidents Lincoln and Kennedy. Resting amid a beautiful garden, there is also a treasure house filled with original artifacts and exhibits.
There are several tourist sites to see in the area, such as:
Keishoden: A large collection of cultural properties related to the Uesugi clan which is in the precincts (charge: 400 yen for adults)
Denkoku-no-Mori: Located southeast of the shrine, it houses the Yonezawa city Uesugi Museum and the Okitama Cultural Hall. The Yonezawa city Uesugi Museum stores materials and national treasures related to the Uesugi clan (charged: 410 yen for adults), and the Okitama Cultural Hall is a hall where Noh and Kyogen are performed. Uesugi Hakushaku Residence: A historic building rebuilt in 1925 overlooking a quaint garden. Here, you can enjoy traditional Yonezawa cuisine.